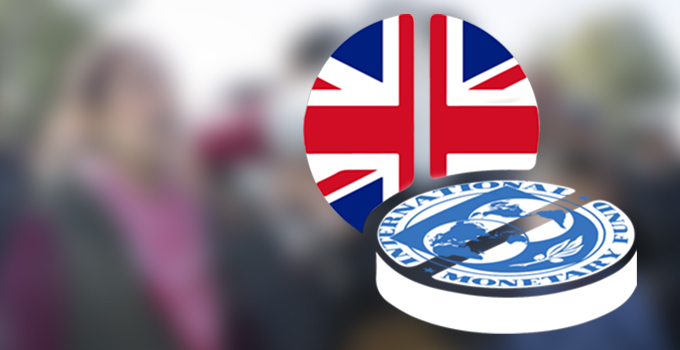 The agreement concluded by the British government and the agency M&C Saatchi aims to « run a campaign targeted towards the Tunisian public » in efforts to « improve public awareness of the government’s role in planning and delivering economic reforms ». The contract is said to be financed by the Conflict, Security and Stability Fund (CSSF), a British interministerial fund created in 2015 as a means to respond more efficiently to the needs of countries threatened by conflicts, particularly in situations of crisis and instability. Between April 2017 and March 2018, this economic and governance-focused program foresees « strengthening the Tunisian government’s capacity to effectively communicate with citizens, especially during crises and with regards to economic reforms ». It appears the program would have thus served to shape the government’s response to the wave of protests against austerity measures in January of this year. The contested measures were introduced following the adoption of the 2018 finance law, of which certain components found their origins in recommendations advanced by the International Monetary Fund (IMF) and World Bank. The Guardian notes that an early phase of the campaign targets Tunisians between 18-35 years old, the age bracket most impacted by austerity measures and rampant unemployment, and moreover the group most involved in protest movements.

Faced with the outcry that this revelation provoked, officials and diplomats were quick to respond. Spokesman for the Presidency of Government Iyad Dahmani affirmed that « no bilateral agreement between the two countries has anything to do with the treatment of social protest movements in the country ». Dahmani’s comments were quickly followed by those of British ambassador to Tunisia Louise de Sousa, who asserted on Express FM that « British services have only accompanied and supported Tunisian authorities in their interest to better communicate around the economic reforms they are undertaking ». She denied outright The Guardian’s revelations, adding « Our services consist in strengthening the capacities of Tunisian civil servants to communicate with citizens ». Furthermore, she underlined that the campaign in question was run by Tunisians and not directly by the British. De Sousa’s message was swiftly followed by a press release in which the British Embassy claimed to be « disappointed by totally incorrect media reports that misrepresented this position and incorrectly claimed that the United Kingdom had contradicted the Tunisian government ». Several media outlets took de Sousa’s remarks to be a scathing denial of the initial declaration made by Iyad Dahmani.

And the one with a real plan for Tunisia is…

But before reacting all of this, one has to pay particular attention to the language used here, and all the more so because it is a question that relates to communication. Indeed, Iyad Dahmani took great care to dispel information that did not even exist in the first place: no one had ever said anything about a Tunisia-Britain agreement on « the treatment of social protest movements in the country ». This little trick enabled the government spokesman to not evoke the existence of a campaign financed by the conservative British government that favors austerity. As for the British ambassador, she deftly masks her country’s support for reforms demanded by the IMF in speaking of « strengthening capacities » and « accompanying » Tunisian civil servants in their communications about reforms. De Louisa’s remarks seem to imply that the British government is ready to respond with a « yes » to Tunisian authorities’ requests for support in terms of any kind of reform laid out on the table.

This controversy sheds light on the growing implication of foreign countries and intergovernmental organizations in decision-making processes in Tunisia. As a result of Tunisia’s strong demand for support mechanisms like capacity strengthening and technical assistance, not to mention of course financial support, Tunisian decision makers are pushing the doors wide open to the risks of political interference. If the country’s agenda boils down to taking advantage of its status as « democratic exception » in the region, that is, without putting forward its own concrete plan for the country, foreign funders are pursuing a more rigorous approach in looking to define clear objectives such as the development of « a more transparent business climate » in the present case. Britain’s Conflict, Security and Stability Fund illustrates this point well. Active in Tunisia since April 2016, the CSSF has invested between March 2017 through April 2018 (predictive estimations) a total of 14.8 million British pounds, of which 4.8 million pounds.