Ennahdha member Radwan Masmoudi is continually stirring up controversy. The latest relates to President Saied’s July 25 decisions and was prompted by Masmoudi’s tweet about US aid for Tunisia in the fight against Covid-19. A comment justifying the possible suspension of US assistance provoked outcry on social media: « If legal experts determine that it was a coup, which obviously it was, they will be forced to withhold any kind of assistance or support. That’s the law, and I think they are very close to announcing that it was indeed a coup against democracy and the democratic institutions », he posted before later deleting the comment. Masmoudi has since denied accusations against him relating to the comment. 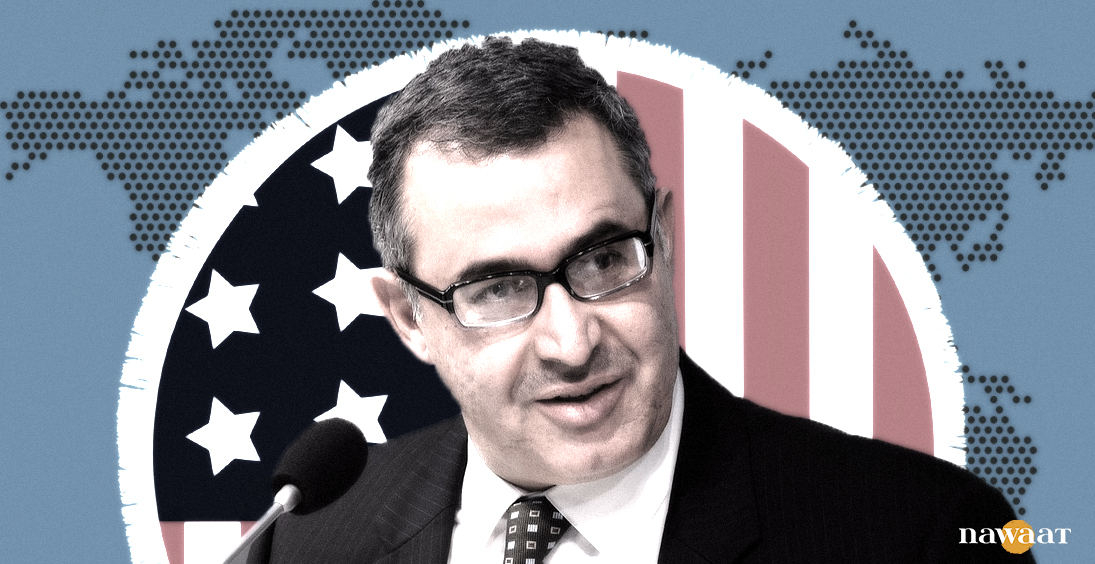 Ever since the president’s decisions on July 25, Masmoudi has led a campaign against Kais Saied, arguing that « the coup d’Etat » was supported by certain Arab countries, namely the UAE and Sissi’s Egypt. This is not the first time Masmoudi’s statements have sparked so much controversy and questions around his connections within and outside of the country.

A Long History of Islamist Activism

A Sfax native, Masmoudi has training as an engineer. He attended university in the U.S. His father served in the Tunisian military. Under Ben Ali, Masmoudi was prohibited from returning to Tunisia due to his activism within Ennahdha, which began when he was in high school.

In Washington in 1999, he founded the Center for the Study of Islam and Democracy (CSID). But is Masmoudi truly the US-based Ennahdha lobbyist that he appears to be? It’s worth noting that lobbying is an activity that is permitted in the US. On this point, Julian Pecquet, founder of the American site « Foreign Lobby Report » told Nawaat: «‘Lobbyist’ is not a recognized profession like a doctor or lawyer (there is no such thing as a lobbying diploma). It’s more like a catch-all term that applies to people who defend their interests ».

Pecquet continued: « Traditionally the term applies to people who divulge their work according to one of two of the following laws: the LDA, which covers lobbying for national interests as well as foreign private companies, and the FARA, which covers lobbying by foreign governments, foreign political actors and foreign public enterprises. Neither Mr. Masmoudi nor the CSID have ever been registered under one of these two laws ».

The Lobbying Disclosure Act (LDA) and Foreign Agents Registration Act (FARA) « are transparency laws that require the identity of those who lobby, their lobbying activities and how much they were paid, etc. to be divulged », Pecquet explained. He further noted that « these laws do not regulate how lobbyists set about petitioning the government, a right that is guaranteed by the US Constitution’s First Amendment. There are tons of people who defend their position without ever registering as lobbyists. You aren’t required to do so under the LDA unless you reach certain thresholds in terms of money and time spent lobbying federal government ».

Having lived in the U.S. for a number of years, Masmoudi understood that in order to defend his positions, he must be at the heart of American political power: in Washington, where political decision-makers, media and think-tanks converge. The fact that Masmoudi shares his contact information on his personal Twitter account seems to refute the Islamist’s supposed notoriety in American circles of influence.

According to a Tunisian observer of American politics who lives in the U.S., Masmoudi—like Soumaya Ghannouchi and other Ennahdha figures educated abroad— has gained an understanding of how the game is played locally when it comes to media strategy. Masmoudi, like the others, is highly active on Twitter, speaks English, and are attuned to the fears of American public opinion, the latter being above all sensitive to the preservation of democratic institutions and freedom of expression. In presenting Kais Saied as a threat to institutions and freedoms, these individuals are attempting gain the buy-in of U.S. opinion.

Radwan Masmoudi is thus among the Islamist activists who are putting forward a narrative of events in Tunisia. He defends this narrative in the media. On the other hand, the opponents of Islamists are poorly structured, absent in foreign media, and they adopt outdated media strategies that are ill-adapted to the American public, the Tunisian observer told Nawaat,. The publication of an op-ed such as the one by Rached Ghannouchi in the New York Times is neither unprecedented nor inaccessible, the Tunisian specialist noted. « Even the Taliban published an op-ed in the same news outlet. American media enjoy defending diverse positions », she added.

It is in this context of promoting pluralism that the U.S. organization The National Endowment for Democracy Newsletter (NED) finances the CSID founded by Masmoudi.

In the post-2001 world, « selling the theme of Islam and democracy » has legs, said Islamologist Chérif Ferjani, an honorary professor at the University of Lyon 2 and president of the High Science Council of the Timbuktu Institute at the African Center for Peace Studies. In 2006, Masmoudi and other figures such as Samir Dilou and Slaheddine Jourchi were received by the U.S. embassy in Tunis. « The objective of that discussion was to take stock of freedoms in Tunisia at the time », Jourchi told Nawaat. Ferjani explained that the alliance between Ennahdha’s Islamists and democratic forces in 2005 under the banner of the « October 18, 2005 Collective » served to endorse the hypothesis that Islamists had a « democratic conversion », a message not only to Tunisia’s political class but also for international actors.

Taking advantage of its new position in this regard, Ennahdha leadership pursued its attempts to draw nearer to political power until after the uprising at the end of December 2010. It also developed relations with the United States, notably through Najmeddine Hamrouni and Radwan Masmoudi via the CSID. This rapprochement consisted of close collaboration with American foundations and services, and brought movements and figures who identified as democratic and leftist from different Arab and Muslim countries to work with the Islamists, Ferjani explained.

He noted that meetings were held in Turkey, Jordan, Morocco, Qatar, etc. « On the basis of a compromise enabling the Islamists to maintain their reference to religion while not taking into account the secular references of other protagonists. The only reference common to them all, as well as to their American sponsors: democracy and human rights, which each also refuses in their own way. The same lack of clarity characterized attempts at rapprochements in Europe, as much with elements from the Tunisian opposition as with European countries », writes the Tunisian specialist in an edited volume entitled « Revolution and Compromise (2017) ».

Ferjani said that the issue of Ennahdha’s relations with Saudi Arabia, Erdogan’s Turkey, Iran and the international organization of the Muslim Brotherhood (of which Rached Ghannouchi was once a leader), was not raised when these compromises were decided. The same is true with regard to Ennahdha’s support for dictatorial regimes in Sudan and elsewhere, and for their demands for the application of religious law.

Like other Islamists, Radwan Masmoudi benefited from the post-revolution democratic climate in 2011. CSID led a number of activities, like the training of imams in Tunisia in the fight against corruption. Slaheddine Jourchi participated in the training sessions for imams, which he said were designed to ensure that these religious leaders adopt democratic principles. Tunisia’s Ministry of Religious Affairs oversaw the project.

Behind his presenting himself as an « independent man free of all political involvement », Masmoudi has never hidden his political goals. Even as president of CSID, Masmoudi—who didn’t officially join Ennahdha’s political bureau until March 2021—never ceased to play a role in party politics. In May 2011, he invited Ennahdha’s then-Secretary General Hamadi Jebali to a conference in Washington to appear before an audience of State Department officials.

On other occasions, he has attacked Hamma Hammami and the UGTT. In the 2014 presidential campaign, Masmoudi supported Moncef Marzouki in his duel against Beji Caid Essebsi in order to « block the path to a single and hegemonic party ». But only one year later, he lauded Essebsi’s « wisdom ». In 2019, he announced his intention to run in the presidential elections that year. His daughter’s appointment within the Ministry of Employment, headed by Ennahdha member Saida Ounissi, also spurred controversy in 2019.

Already in 2020, Masmoudi had mentioned « the threat of a coup d’etat » in Tunisia by security forces, the army and the presidency, without elaborating any details. The president’s July 25 decisions represented the perfect occasion for Masmoudi to draw out his favorite account of a « coup d’etat » against democracy—Islamist style.