Tunisians have lost hope in their country. While in 2011 they thought a new page had been turned, in 2017 with over 50% of young people wanting to leave the country according to an EU poll, the very idea of a personal future in Tunisia seems out of the question. The political and economic moroseness of the environment is conjoined, especially in the minds of young people, with a desire to live somewhere else, to discover something different. And there are more and more people leaving, by sea and by air. 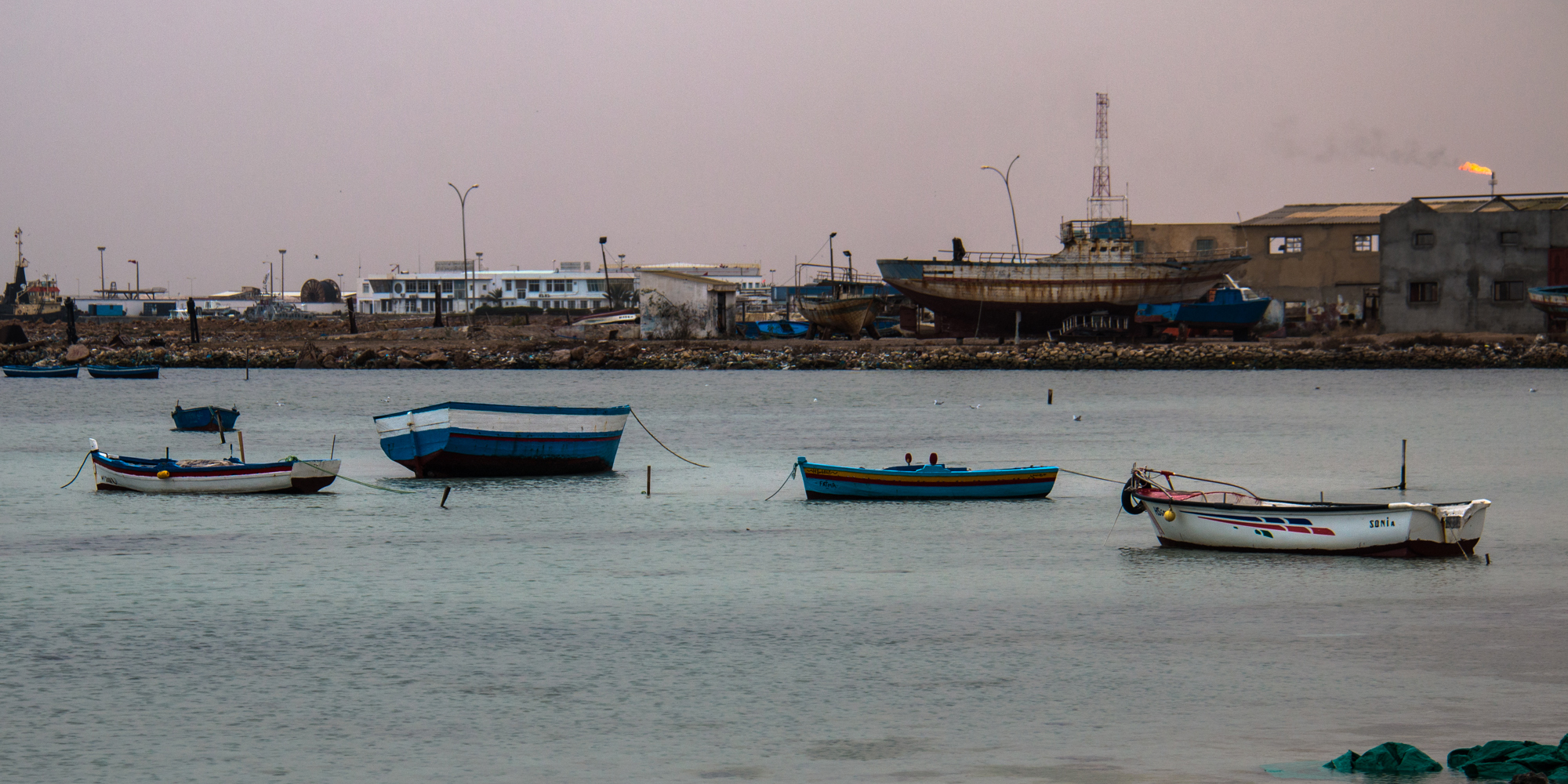 In the public debate, this tendency is illustrated by two phenomena, so-called “irregular” migration and the “brain drain.”Almost two worlds apart if we rely on the compartmentalisation practised by the media and the political class. Two worlds which never come together, never meet, which evolve quite separately. On the one hand, people who are driven out by poverty, on the other those who want to earn a better living or find a more comfortable existence in one of the handful of countries that welcome them with open arms.

Go where the fields are greener…

“It’s getting to be a regular culture here in Zarzis” Aymen explains to us. He runs an association for autistic children and coaches the youth team of the local football club, L’Espérance sportive de Zarzis (ESZ). Zarzis is a town of 72,000 located in South-East Tunisia between the island of Djerba and the Libyan border. Its position makes it an especially favourable springboard for people trying to get to Europe. Since at least last year there have been more and more departures, just like in the rest of the country. All in all, according to the Forum tunisien des droits économiques et sociaux (FTDES), 6,000 Tunisians reached the Italian coast in 2018. Of the thirty youngsters on the ESZ youth team, over ten dropped everything to try their luck on the other side of the Mediterranean. Another coach we ran into on the pitch complained bitterly : “Players under contract, who are already earning a good livelihood, who have bright future ahead, and all they can think about is the harga (emigration).” 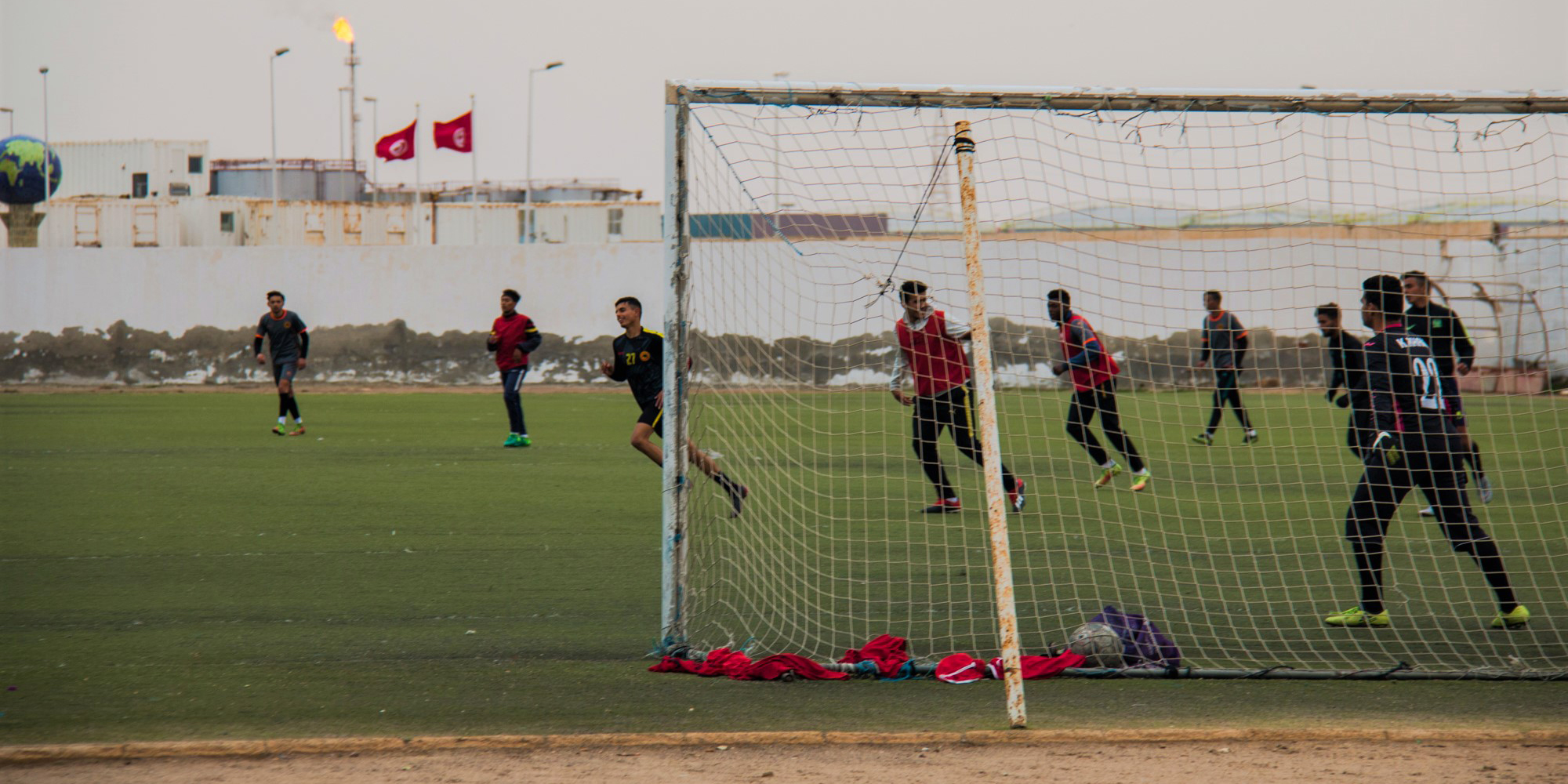 “For a youngster here, France seems closer than the capital, everybody has someone in France who can help him”, Aymen explains. Many émigrés from Zarzis have restaurant jobs, especially in Paris pizzerias. It’s mostly in summer when those who tried their luck come back that people start itching to leave. “It’s a small town and people have their eye on other people and want to imitate them,” is Aymen’s opinion. “You see your neighbour who was as clueless as you four years ago and who is back home with the proper papers, a fancy car and starts building a house for himself. While here you are struggling for the least little thing and besides, you have your family pointing to that same neighbour from dawn till dusk and asking, ‘So what have you done, you ?’ Well, after that, if you don’t want to go to France. . .” This is how Farès, a 35 year-old cultural facilitator, sums up the situation. He stresses the family’s role in emigration. : “Even parents who are against the harga, once their son reaches his destination and starts sending money home, they’re mighty proud and happy. If he gets deported and comes back, most of the time his family won’t make him welcome and he’ll feel obliged to have another try.” Farès tells us he is the only member of his group of friends who has stayed in Tunisia ! “They’re all in France and not a day goes by without one of them telling me to come over, that I’ll have a better life there. Everybody’s putting pressure on you.” 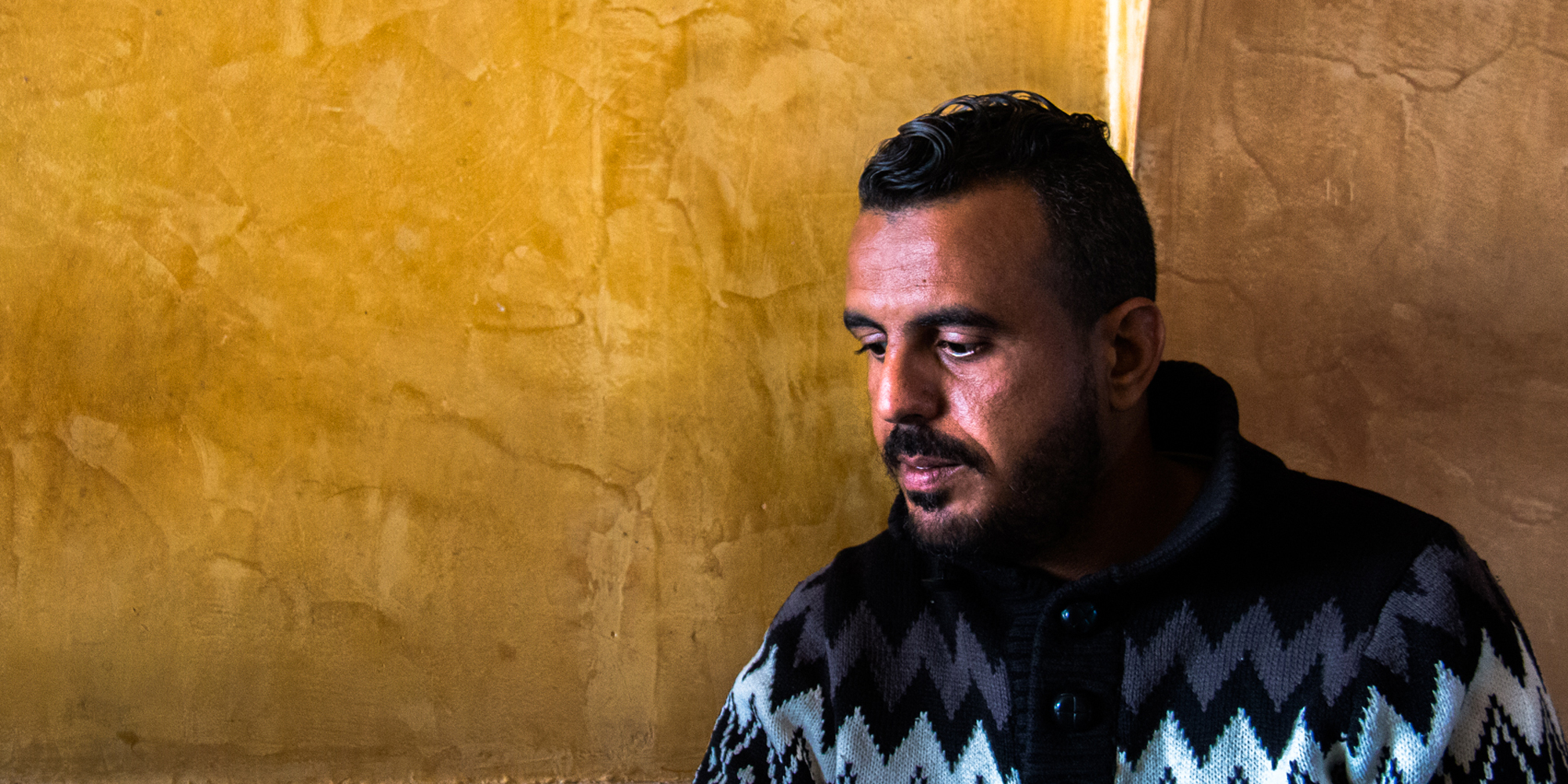 Family pressures are indeed often decisive in the decision to emigrate. Take for instance Malik, 43, who left with his family, his idea being to provide a better environment for the children. “In Tunisia, the things you teach your children, such as putting their garbage in a trash bin, street life unravels them in five minutes,” he says with regret. Malik is one of many who have worked abroad before returning to settle in Tunisia. He came back in 2010 and at first he believed he’d done the right thing, but then he gave up, “worn out by the little things in life that make you crazy, like driving a car or the bureaucracy.” The same holds true for Yassine, father of five who plans to take his whole family with him as soon as the weather will allow, because “the cost of living is too high now and healthcare is out of reach.”

For younger people, their family is often the factor that pushed them out the door. Though Farès himself has never emigrated, he has a clear idea of the temptation : “You live in your family, you have a whole lot of things you can’t do in front of them, and they spend their time ordering you around, telling you not to do this or that, especially if you’re a girl. Well then, sure, going away is a good idea and once you discover what it’s like to be free, you can’t come back.” Zohra, an engineering student, shares this view. She has always seen emigration as the best way to escape an authoritarian family : “Ever since my secondary school diploma, I kept thinking of getting away and the most important reason was that in another country I’d have more freedom. Being female in a middle-class family imbued with archaic beliefs, I always had to resort to devious ploys to assert my identity.” Although parental authority and all the restrictions that go with it and have to be “subverted,” it remains an important motive for those who go abroad. At an age when a person wants to discover him/herself far from the limitations imposed by others, foreign lands become tantamount to a freedom difficult to imagine within one’s own family, not because that freedom is in any way special, but simply because of the geographical distance and the possibilities it has to offer. 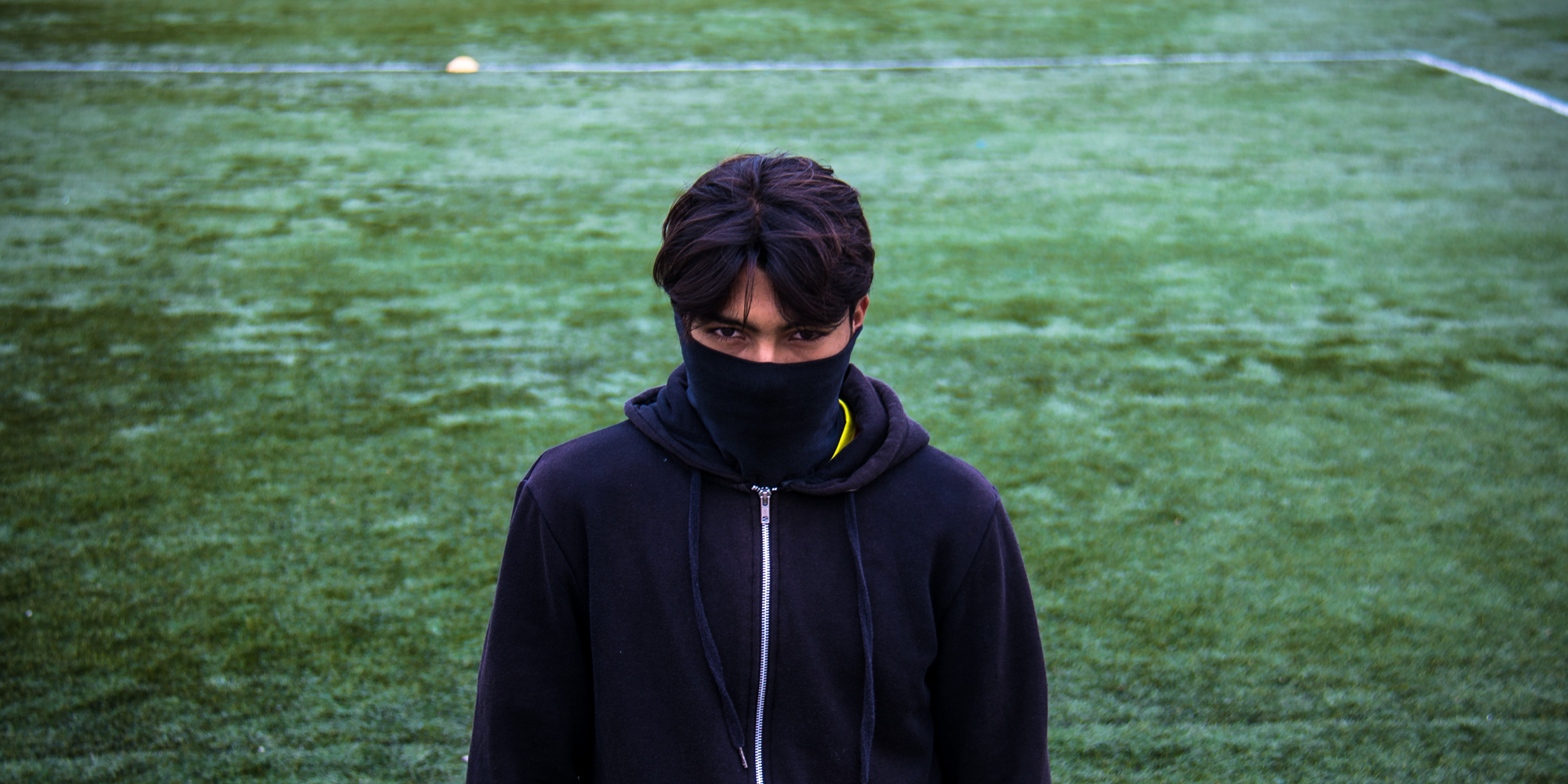 The allure of the euro

Contrary to a widespread cliché which holds despair, poverty and unemployment as the sole motives of those who take to the sea, in Zarzis it is more often the desire for a better life and financial success in a land where there are greater opportunities which motivate migrants. The distinction is significant. While people suffering from unemployment are certainly determined to leave the country, they will be travelling alongside civil servants with guaranteed jobs, or young unaccompanied minors, like the boys from the Zarzis youth team who are counting on the fact that being under age they cannot be deported from Europe and will be able to settle there. Which hasn’t prevented the Italians from immediately sending them back by doctoring their papers to make them a few months or a few years older, a method experienced by some of the ESZ boys.

With the euro at about 3.5 Tunisian dinars and inflation nearly 7%, no one can build any hopes on the local currency. “Once at breakfast, when we’re staying in a hotel for an away match, I heard one of our players asking how much the euro was worth that day,” Aymen tells us, and adds : “They nearly all have older brothers who send them a little cash now and then.” But besides what they gain by having a relative send euros home, it’s hard to forget what they lose by being paid in dinars. ”Nowadays even civil servants sell everything they have and take to the sea or get a visa, when they are the people who have the most solid contracts,” Hassan says with amazement. He used to be a cadre with the Union of Unemployed Graduates. 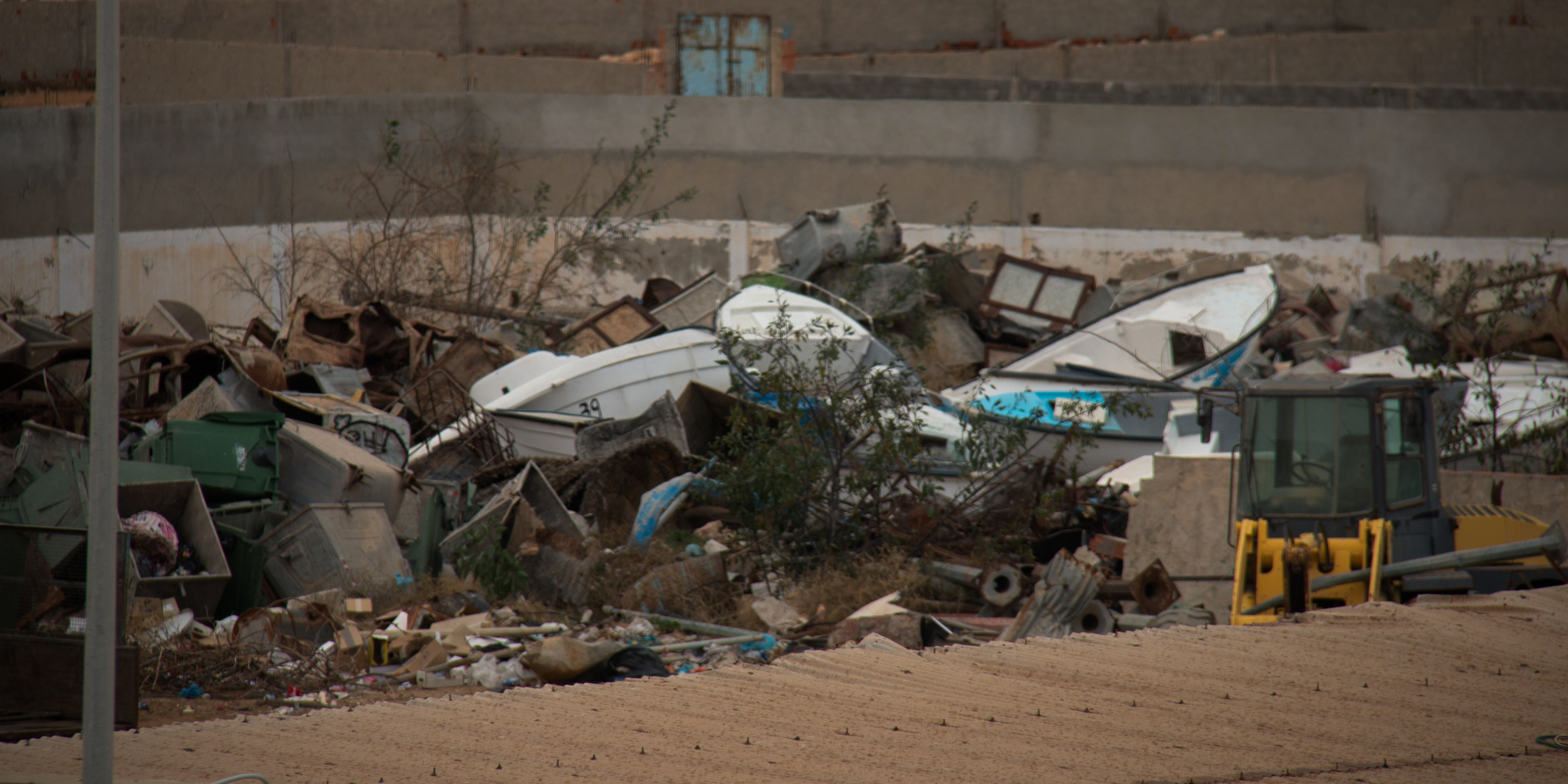 The fall of the dinar with respect to the euro also preys on people’s minds, especially the engineers. Marwa is an engineer who lives in Tunis but is preparing to leave for Canada. She has a hard time accepting the situation here : “I have a friend who works part-time as a waitress in Denmark. She makes more than an engineer does here. OK, the cost of living is a lot higher up there but it’s still pretty hard to swallow.” According to the Tunisian Order of Engineers, some ten thousand members of their profession have left the country since 2016. Besides the question of salary, engineers—especially at the start of their careers—have more specific problems. For Zohra, who is about to begin an end-of-studies internship in France, “Engineers are terribly underestimated. An enormous potential is going to waste. Their training is not up-to-date with the labour market.” And as for doctors, in 2017 45% of the new members of the Medical Association immediately left the country. Doctors practising in the public sector deplore their increasingly poor working conditions, especially as regards their equipment and workload. They generally go to France or Germany where they can sit exams making them eligible for the hospital systems there.

Engineering and medicine are the professions most often cited in connection with a “brain drain.” And yet the expression is open to question : as it is discussed today, “brain drain” conveys the illusion of a choice, an individual decision taken by the emigrants. But this is not quite the case. The countries prompting doctors and engineers “to drain” are creating a demand which creates an offer. It is the selective immigration policies of countries like France, Germany and Canada which lie concealed behind the term “brain drain.” The migratory policies of Western and especially European countries currently shape the media presentation and political treatment of the migratory question in Tunisia itself. On the one hand, the social-economic situation is scrutinized in the graphs showing the illegal departures for Italy and the migrants are castigated for not staying where they are and “creating a project.” On the other hand, there will be much hand-wringing over massive departures of “brains” or the “elites,” doctors, engineers, but none will dare challenge the shortfall brought about by the selective immigration policies at the origin of the drain.

This dossier was produced as part of the activities of the Independent Media Network on the Arab World. This regional cooperation brings together Al-Jumhuriya, Assafir Al-Arabi, BabelMed, Mada Masr, Maghreb Émergent, Mashallah News, Nawaat, 7iber and Orient XXI.