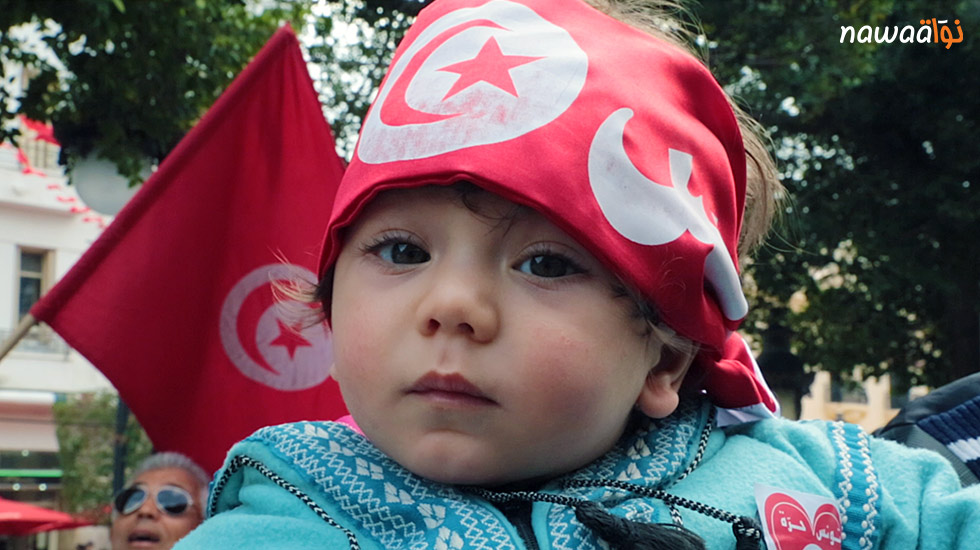 After two strange and stunned-to-silence days in the capital, Friday morning on Avenue Habib Bourguiba bore much the same eager, pent-up energy as the first sunny day following weeks of grey and rain. It was only Wednesday that twenty tourists and three Tunisians (one policeman and the two assassins) were killed and forty-seven wounded at the Bardo Museum, while close by the Parliamentary Rights and Liberties Commission discussed the new antiterrorism law. 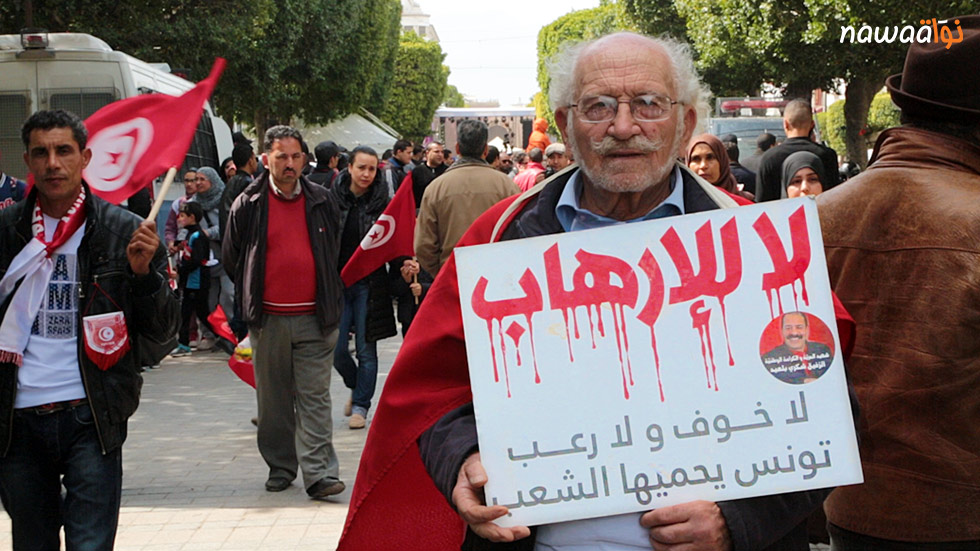 Less than forty-eight hours later, on the morning of March 20 marking Tunisia’s independence, a lively crowd of five hundred or so Tunisians and foreigners animated the avenue, milled up and down the sidewalks, pressed towards the stage erected at the center of the Avenue where musicians and dancers performed in turns. From the steps of the Municipal Theater across the way, onlookers clapped, sang, waved flags. Cars slowed by the mass of people that had spilled into the street honked their horns, some to clear the road and some in time with the music. 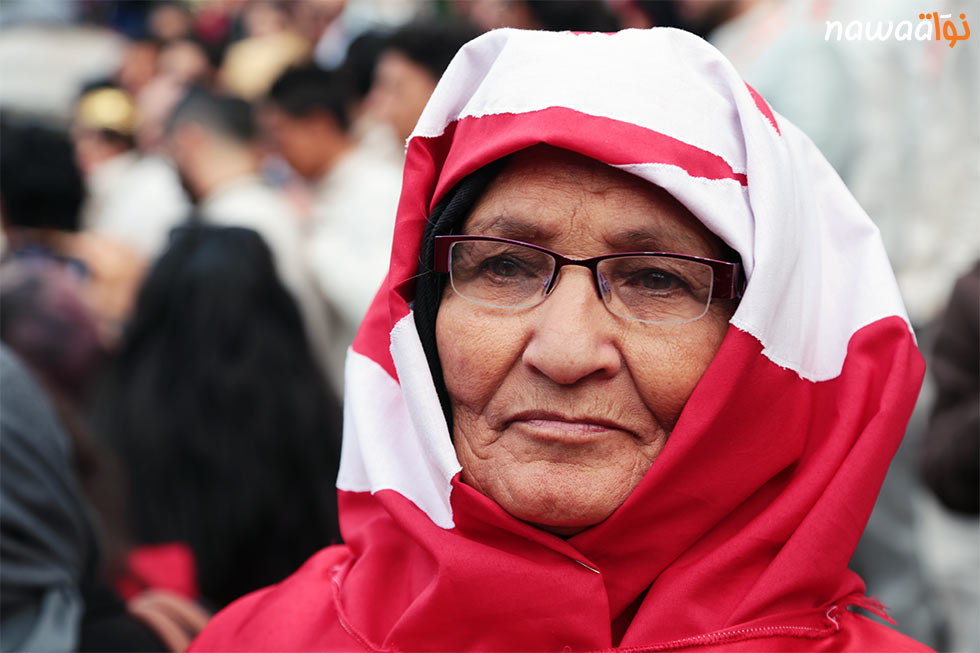 Within the span of an hour, Nawaat crossed paths with Moroccans, Algerians, Palestinians, and Egyptians. Journalists and cameramen were many, buzzing into and out of clusters of people, following individuals draped in the Tunisian flag or holding signs overhead, sometimes drawing throngs of onlookers and individuals eager to share a message (“Bienvenue à Tunisie! Marhaban bikum fi Tounes! Welcome to Tunisia!” one youth shouted) or slip into the camera’s eye flashing smiles and brandishing flags. Foreign journalists were easy to spot as they snapped pictures and jotted down notes from their interviewees. Security vehicles with barred windows circulated and a dozen or lined the passage a block from the stage. Police in black helmets and bullet-proof vests carrying guns observed from their post beside the flotilla of vans, now somber and stoic now posing stiffly for a photograph with passers-by. 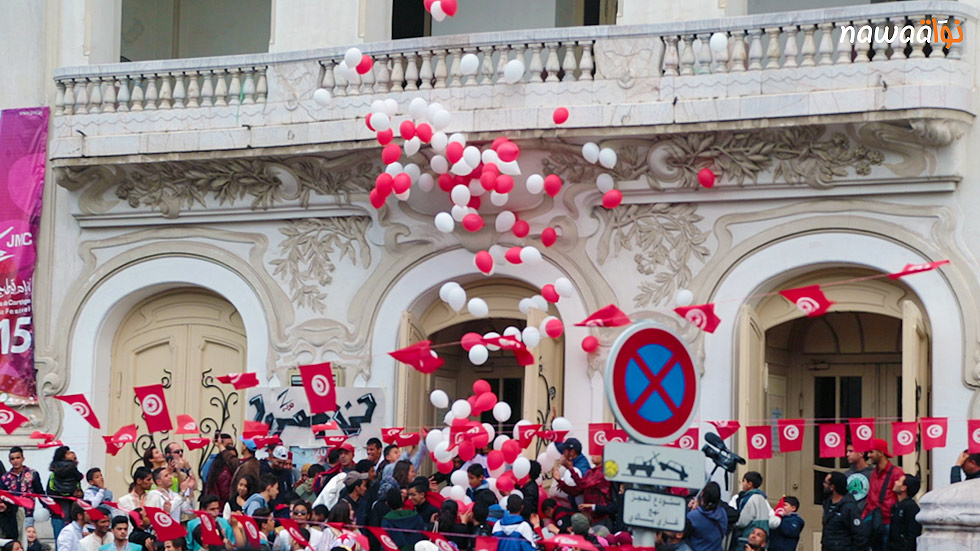 Lively, spirited, enthusiastic were those who flocked to Avenue Bourguiba on the morning and early afternoon of March 20. Among those who gathered were young and old, men and women, Tunisians and foreigners, politicians and poets. In light of the tragedy preceding this particular Independence day celebration, the most striking feature of the day were the families present: mothers and fathers pushing strollers, toting infants, holding the hand of little ones; toddlers wearing red-and-white heart-shaped stickers on their cheeks, waving flags, posing with policemen in front of security vans, contentedly grasping kaki (a sort of breadstick sold in the street) in one hand, an over-sized balloon in the other. If anything was telling of the feeling in the streets on this day, it was the number of parents who came with their children. 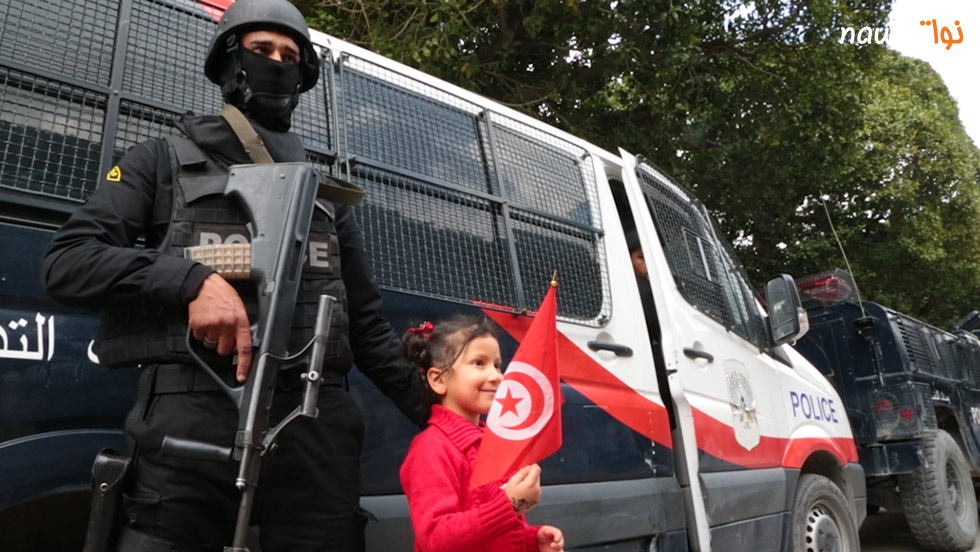 Relatively undistinctive from the manifold concerts, demonstrations, and marches that take place on the capital’s Avenue Habib Bourguiba, this year’s March 20 celebration was singular–given the context of the tragedy that preceded it–not merely for the clear and concerted display of fearlessness, but for the refreshingly effortless absence of fear. 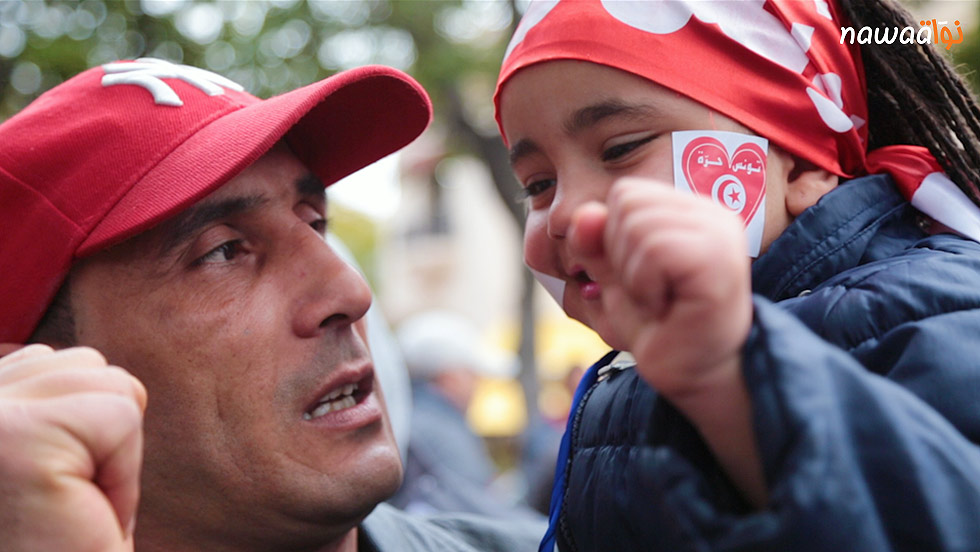