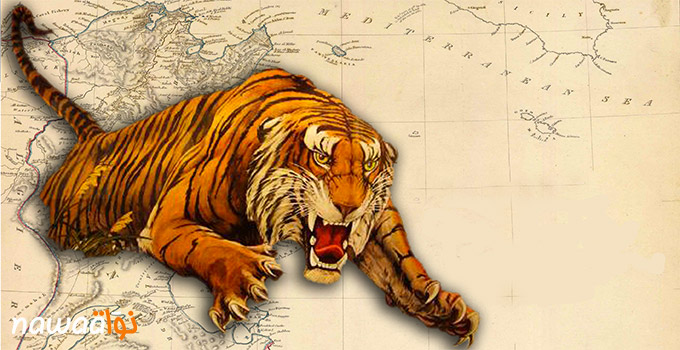 Tunisia presents an economic paradox. It has everything it needs to become a ‘Tiger of the Mediterranean,’ yet this economic potential never seems to materialize… Antonio Nucifora and Bob Rijkers, The Unfinished Revolution

Political Parties Are Not Engaged in Pursuing Fundamental Change
In Before Elections: No Economic Programs for Political Parties in Tunisia, Nawaat contributor Samih Ben Okkez responds to a lack of true political attention and intention for economic recovery since 2010 until now as the country heads into elections. Whereas several reader responses on the Nawaat website and Facebook page refute the author’s claim that political parties have not presented viable economic programs to move the country out of crisis (some readers cite, to be exact, plans put forth by Afek Tounes and Harakat Achaab), irrefutable are widespread sentiments of disappointment at prospective parties and government representatives that have materialized the since the revolution, and skepticism about the possibilities for economic change based upon these prospective leaders. Many remain unconvinced that parties’ electoral campaigns and promises could translate into political stability and social well-being that require sweeping reforms and therefore a government willing to break from the old, familiar practices of the deposed regime. 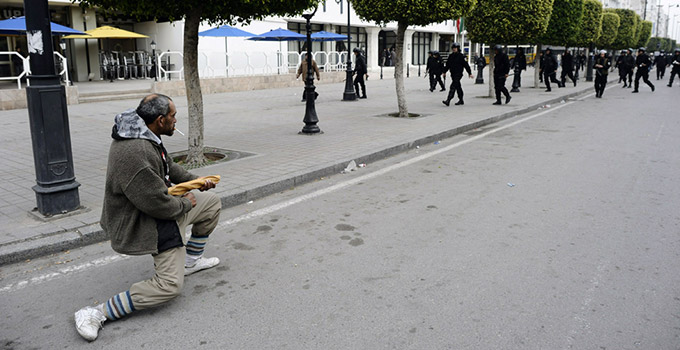 Contextualizing the economic crisis that has deteriorated since 17 December 2010, Okkez recounts the political events of the past four years in which Tunisians have witnessed the dissipation of the Troika into a «technocrat»-led consensus government, the unfolding (unraveling, depending upon who you ask) of the National Dialogue designated by the country’s Roadmap for democratic transition, the successive dramas of the National Constituent Assembly; the materialization or rebuilding of political parties and their campaign platforms, rumors of a President-by-consensus which, even this close to elections, have not subsided, and Prime Minister Mehdi Jomaa’s confirmation on the seventeenth of this month that he will not be among the candidates in the presidential election. All the while, the rising costs of daily living as well as national and regional economic indicators that quantify the gravity of the state of the economy have fueled disillusionment, disatisfaction, and doubts that any of the existing parties vying for leadership are willing to move mountains to lay ground for a new economic landscape.

‘Vision for a New Economic Model’1
Disclosed one day prior to the publication of Before Elections, the most recent World Bank economic report on Tunisia, The Unfinished Revolution: Bringing opportunity, good jobs and greater wealth to all Tunisians further substantiates the concerns expressed in Okkez’s piece and in many ways evokes the rigor and a pro-active approach that is needed for a viable economic program, for a blueprint of how to rebuild Tunisia’s economy.

In fact, the gradualism of economic reforms, so much cherished by Tunisia’s policy makers and administration prior to the revolution, poses a risk to Tunisia’s future. Tunisia’s inability to profoundly reform its economic system was at the root of the revolution in January 2011. There is now a real risk for Tunisia to settle back to the prerevolution economic status quo, with just marginal modifications to its development model. As shown by the experience of the past decade, incomplete reforms, or marginal changes in the economic model, will not be sufficient—tackling the challenges of graduate unemployment and fostering development in lagging regions will require Tunisia to transform its economic environment. Antonio Nucifora and Bob Rijkers, The Unfinished Revolution (Complete report), p.316

That the in-depth 336-page study is a World Bank publication establishes the context and platform for the authors’ specific suggestions for Tunisia. While countries with ties to large development agencies and loan-granting institutions have become starkly aware of the conditionality of aid doled out and do well to read all fine print and between the lines of reports and contracts, recent World Bank literature on Tunisia (specifically the two pieces considered in this article) offers a valuable contribution to discussions on economic recovery. Such was the case earlier this year in a report on State Capture in Tunisia that documented the corruption of the Ben Ali administration, providing the previously lacking quantitative data to complement existing qualitative reports on the topic. In this newest publication, World Bank economists Antonio Nucifora and Bob Rijkers reiterate this background of corruption, characterized by «limited competition and active state intervention (Synthesis, p. 5),» and of which enduring vestiges are manifest in «three dualisms, namely the onshore-offshore division, the dichotomy between the coast and the interior, and the segmentation of the labor market (Complete Report, p. 317)»–to explain the present economic crisis that is its legacy.

…today over 50 percent of the Tunisian economy is still either closed or subject to entry restrictions … Most of the jobs created by the economy were actually in low-value added activities and mostly in the informal sector, offering low wages and no job security … Tunisia was unable to advance beyond the low-skill, low-wage economy because it did not in fact open up its economy (to domestic investors, as well as internationally) and did not change the underlying state-controlled economic model. It was this lack of change, in the face of the demographic time bomb of educated youth, which rendered the economic model increasingly inadequate. (Synthesis, p. 5)

Much like State Capture in Tunisia, this more recent study is a polished and comprehensive presentation of extensive research, a useful resource to consult for examining economic recovery options, as Nucifora himself emphasized—«to help inform a broader public debate on economic issues, without which change will not be possible»—in an email reply to Nawaat. The disclosure of the report at the precise moment when a lack of resolved political attention to fundamental, systemic economic change is most palpable to citizens, and the fact that the study barely addresses the essential role of politics in the realization of economic reform was the subject of our inquiry to which Mr. Nucifora responded,

Once the problems are better understood, Tunisians will be able to demand changes to specific economic policies and to design their own solutions. Of course the report goes beyond a simple diagnostic to highlight the broad areas where reforms are needed, but each of these broad reform areas entails many options and choices and it is up to Tunisians to discuss and determine if, when and how they want to tackle these bottlenecks. Obviously there are reforms that may not be feasible in the short term or that may require several stages. The scope and timing of economic reforms depends on the will and ambition of Tunisians (and of those who represent them in Government and in Parliament). Antonio Nucifora in response to Nawaat’s questions

Herein lies the salience of Okkez’s criticism of the insufficiency and overall ineffectiveness of party platforms and politics that have neither fulfilled aspirations nor even met the basic needs of Tunisians. It would seem as though adept proposals for and avid discussions concerning a new economic model exist in a realm separate from arenas of political discourse, where a sort of diplomatic and at times undiscerning optimism–evident throughout The Unfinished Revolution and perceptible in Nucifora’s response (whether or not the soon-to-be-elected Government and Parliament will commit to representing “the will and ambition of Tunisians” is indeed among the greatest sources of uncertainty as the country’s designated period of ‘democratic transition’ draws to a close)–is characteristic of ‘Start-up Democracy team’ efforts to incite investor interest in Tunisia.

After four years of political transition, the legislative and presidential elections, scheduled for the last quarter of 2014, will equip the country with a stable and democratic regime that will prioritize the establishment of a State of Law, the only one that will draw and sustain investments and fully unleash the country’s great potential. “Welcome to the Conference” on the Invest in Tunisia: Start-Up Democracy

It is to note that two economic conferences, the first of which graced international participants with lofty estimations of the political stability that elections are to produce, have taken place this month. The 8 September Invest in Tunisia: Start-Up Democracy conference was hosted by the government in collaboration with the African Development Bank, Agence Française de Developpement, Union for the Mediterranean, and the Association Professionnelle Tunisienne des Banques et des Etablissements Financiers (APTBEF). Thirty countries and about twice as many institutions participated in the event, a “high-ranking meeting, unprecedented in the country’s history” … “to promote a more socially just, economically competitive development» for Tunisia. On Tuesday, 23 September, former Managing Director of the International Monetary Fund (IMF) Dominique Strauss-Kahn was the guest of honor at a conference on «Tunisia’s Place in a World of Economic Change» organized by L’Institut des Hautes Etudes de Tunis (IHET) and L’Association Tunisienne de Gouvernance.

A diplomatic distance from the grittiness and precariousness of present politics is perhaps a wise marketing tactic to engage potential foreign investors, but it yields a superficial discussion that takes place outside of core debates and issues captured by a more realist, slice of life perspective exemplified in Okkez’s Before Elections. That Tunisia is in need of, in Strauss-Kahn’s words, «audacious economic reform» is an obvious but moot point if not embraced by the country’s own political actors, and/or if it imposed from the outside (note Strauss-Kahn’s rather imperious doctor-patient metaphor2), as only a decided departure from the ethics that dictated past politics will enable the emergence of a prosperous economy.

Today it would seem that political agents still consider the economic question a mere detail of political rivalries and not the determining factor and measure of success for their political programs … and so the economy will remain a simple question of management as opposed to fundamental change and a project to build a coherent national economy that is essential to national sovereignty and social peace. Samih Ben Okkez, Before Elections: No Economic Programs for Political Parties in Tunisia

The World Bank Tunisia page features links to the Complete Report, Synthesis (both of which are referenced throughout this article), and Leaflet pertaining to The Unfinished Revolution.

2. On 23 September, Al Huffington Post Maghreb reported in Dominique Strauss-Kahn: It is in Tunisia’s best interest to develop economic relations with Maghreb countries: “Evoking the IMF, he [Strauss-Kahn] assured that the IMF played the role of a “doctor” who does not intervene except by the patient’s request. ‘This doctor attempts to diagnose the symptoms in order to find the appropriate treatment, and it is up to the patient to comply or not to the prescriptions,’ affirmed the former president of the IMF.”