Karim Mejri, former counselor to Minister of Employment Saïd Aïdi, contributes to the national debate on employment in a nine part series on Nawaat.org. This second installment deals with recruiting in the public sector, which many see as the sole solution to Tunisia’s unemployment problem. 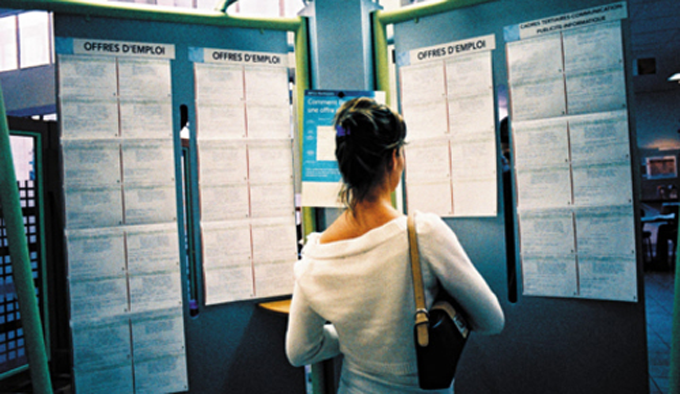 The public sector, object of desire

The State is the largest employer in the country. Immediately following independence, being hired by the Government was considered the foregone conclusion for a degreed graduate. Some people were even hired before they had actually obtained their degrees. A degree guaranteed employment for a long time, and more importantly, demonstrated social success. Successive generations of Tunisians were educated with the goal of doing well at school in order to get a job with the Government. Unfortunately, this model of upward mobility became a nightmare when the number of degreed candidates mushroomed and the Government’s hiring needs and structures remained stagnant. Paradoxically, however, the best students in our universities and those who study at the best schools abroad now flee State employment, no longer wishing to work either in the administration nor in publicly held companies.

In 2011, in the middle of the worst crisis in memory, the State made a quantitative and qualitative effort to reduce unemployment, which had reached unheard of proportions. The quantitative effort was the recruitment of 24,000 individuals into public service, and more than 10,000 in state-run industries. The total number of 34,000 slots only represents 4.9% of the unemployed, meaning that 95.1% were unable to be recruited in the public sector during the year. Yet, despite this sobering fact, almost all job-seekers still hope to secure employment in the public sector, which is believed to be the only way out of joblessness! These job seekers are angry at the State for failing to make more places available. Some even fan the flames , by declaring that the Government could, if it wanted, hire 70,000 people in the space of one year! It is useless to argue that in the current state of affairs, the Government lacks the resources (especially financially) to do so, and in any case, the vast majority of the jobs would be fictitious.

The qualitative effort took the form of emphasizing transparency, speed and simplicity during the recruitment process. In order to do this, a single website was created [1] which centralized all the exams and allowed candidates to register on-line. Candidates were selected based on standardized criteria, and scored according to verifiable objectives, which allowed each candidate to be scored and given a rank and be chosen transparently. Additionally, the delays were reduced, thanks to simplified procedures [2] (5 months versus 14 previously). But, since each exam was under the authority of the ministry or administration hoping to recruit personnel, there were still objections on the part of job seekers, some of which were not unfounded. The administration’s unease with new procedures, pressure caused by delays and the persistence of certain doubtful practices all serve to explain the unease expressed by some of the unemployed. It is nevertheless useful to recall that a significant number of the exams went off without a hitch, and resulted in the hiring of some long-term unemployed individuals.

The exams that took place in 2011 revealed the difficulties encountered by the public administration in managing exams where thousands of candidates compete for a handful of spots. As is well known, the public sector is an object of desire and slots disappear like hot cakes. This pressure caused staggering delays in processing the candidates’ dossiers; in September 2011, some state-run companies informed the Labor Ministry that their recruiting program for 2009 and 2010 were still ongoing! The exam results for 2011 were not posted by the announced dates. Beyond the difficulty of the task (dealing with the candidates’ files using the new criteria), the administration lacks the structural capacity to rise to the occasion and organize itself as either a project or as a task force.

For the next exams (which the government has just announced), it is imperative to reinforce the leadership of Human Resources in public administration, to increase the personnel’s professionalism and to opt for more simplified procedures. In this vein, we recommend that the administration set a 3 month delay for its itself in between the announcement of the exams and the posting of results. This delay period can be accomplished by increasing the use of new technologies, especially Web interfaces, which should replace paper files. Selection may then be based on the data that the candidate provided on the site. Rigorous rules must be applied in order to foresee cases where it will be necessary to penalize candidates for providing false information.

More generally, examination should be the standard for recruitment. The needy families category, which allowed certain candidates to overtake others, should be replaced by more transparent mechanisms which target the most vulnerable sectors of the population: needy families, but also disabled people who, until now, have not been able to benefit from the laws that theoretically require employers to fill 1% of posts with disabled candidates. These quotas should be added to the special categories already allocated by the government to the martyrs’ families and to those injured during the revolution.

Although in principle public sector employment concerns all types of unemployed people, it is most attractive to those with tertiary qualifications. These graduates, who do not have employment opportunities in the private sector, look to the State and declare they are “ready to wait” however many years it takes for a spot to open up in a high school or primary school in their area (those with masters degrees consider they should receive a post in teaching, if not this year, then the next). The State did not anticipate this unemployment increase, and thus find itself with a CAPES (competitive examination) where 100,000 people vie for 3,000 positions. Since the yield is then 3%, it is understandable that those who do not pass are greatly frustrated. Canceling the CAPES makes little difference, as a method must still be found to pick 3,000 people from among 100,000 candidates. Retraining these graduates for employment in other specialties is therefore an urgent priority (and will be discussed in another article).

Finally, it is important to recall that graduates older than 45 are barred from becoming civil servants, according to current laws. This extremely vulnerable category (which I personally estimate at more than 1,000 individuals) needs extraordinary measures: either the government ought to allow them to join the civil service, or it should provide support in order to encourage independent activities, in which case it should remove the prohibitive restriction requiring that they be self-financed. Without positive action in their favor, as well as for other vulnerable categories of the population (the disabled, needy families…) frustration can only be expected to grow and the hopes tawakened by the Revolution will be quickly forgotten.

Next installment: The decisive role of the private sector

In the same Special Report: [Part1]: Who counts as unemployed?

1 www.concours.gov.tn
2 See the following texts: government decree 2011-32 of April 2011 and implementation order 2011-544 of May 14, 2011, as well and the accompanying explanation drawn up by the Ministry of Vocational Training and Employment and distributed to all interested ministers.