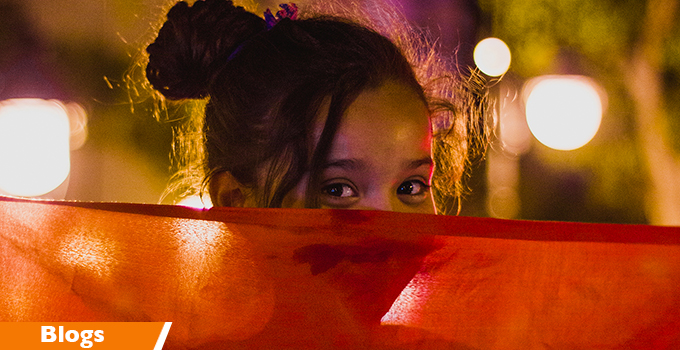 In the light of the recent new developments in Tunisia, I wanted to share a perspective slightly different from what is relayed by mainstream media that may lack insight and be zealous in crunchy headlines. Today the Tunisian people made a further step in their search of a new model. Searching for a new model is something familiar for startups, and something that I came to know first hand. It’s arduous and tedious. It requires tenacity, ingenuity, grit, patience, it’s sometimes painful, and oftentimes rewarding. It requires iterations, pivots, experiments, trials and errors, until hitting the spot.

It’s funny enough that post-2011 Tunisia was dubbed “democracy startup”. Well, why not apply a benchmarked and proven model if the playbook was matured by other players? Because the Tunisian people, consciously or unconsciously, are exploring a new path, and searching for a new model. And that’s what startups are about.

I remember some highlights from my discussion with a friend I met in Boston during my tour around the world, a tour that I made in 2018 to gain new perspectives, and it gave me new perspectives. We were talking about what makes a State, and we said that a State is about “Health, Education, and Justice”. My friend who was living in the US pinpointed to the gaps and challenges that exist in the US even though the US might seem an ideal dream world from the outside. Well, like everywhere else in the world where there are humans, it’s not perfect, because perfection was banned since our original sin of which many are trying to purify their souls from.

Situations may be more acute in some parts of the world, like they are in Tunisia, and people try to come up with and agree on a governance model that makes their life better, and primarily securing “Health, Education, and Justice”, all of these supposed to lead to prosperity and wellbeing, the paradise the we humans strive to go back to.

So what’s the deal about Tunisia and the recent developments? It’s just a new milestone, a new step forward in the arduous journey toward a new model. This model is not known to any other country yet, some can envision it, but many can’t grasp it, and very few can execute it. Didn’t we say startup?

In my view the Tunisian people are a rare kind of country-preneurs, if you see what I mean. But where are they heading to? Let’s look back at the roadmap, to try to understand where its trajectory may lead.

Let’s make T0 to be 1956, the independence. That period was followed by a phase that built the modern State according to the known playbooks, it was led by a talented Chief Executive with a top down approach, totalitarian and authoritarian, but he was a Chief with great vision and great leadership. But at his dusk, a new period started, and that phase was characterized by reaping off the dividends by the new Chief, his tribe, his allies, and his followers. That was T1 in 1987. We entered a phase of maintenance at all costs, but when that machine ran out of steam, the people took over in what was called a Revolution. That was T2 in 2011. It wiped out the head of the regime, but the body took longer to get cleansed. In fact it was very hard for the body to get cleansed, it was taken over by a new variant, that spreads wider and sucks deeper, its purpose was to reap what was left on the table, without really caring adding to it.

The Tunisian people shouted at the face of the system and its old guard, and they struck. Their hand was a man they elected transparently and indisputably with 73% of the votes, a man who made a campaign with roughly $3000, with no political party, and with no broadcasting empire. Quite stunning and exceptional. A rare if not a unique model. A Tunisian model. The Tunisian people made their move when they put the cards for that man in the ballots two years ago, a man who resonated with their call and their aspirations, and now that man stepped up to finish the cleansing and try to lay the foundations of a new model, and he promises to do it with targeted radiotherapy and not an all burning chemotherapy. Easier said than done. But it’s a step in the natural course of the journey. It may be tiresome for the life of a man and a generation, but it’s fascinating for the life of a nation and history.

So now the path is cleared to pursue the search of the new model. But what is this model? I have a small idea about what this model looks like, but I don’t have a full idea about how things will end up getting there, and when, and at what cost. I think Tunisia is among the rare places in the world where this next model will emerge. Moving over to a next model at scale is hard and tedious, sometimes painful, but the prospects are worth it. What is this new model and how can it be implemented? Hint: Blockchain is no alien to it.

So the journey goes on, and a new milestone was crossed, another step in burying the old system and its relics, and riding the open waters of the search of the new model. It will be as painful as it was for Republics to rise on the back of Monarchies, but it will happen eventually, and it will be beautiful. Taking us another step closer -or a step back- to the Paradise we are striving for.