On April 11, the Ministry of Health and the Ministry of Industry published a joint statement announcing « the granting of authorizations to manufacturers and artisans working in textiles and garments, to the end of manufacturing protective masks for non-medical use […] in accordance with the specification requirements prepared for this purpose ». The very same day, these specification requirements were approved and the price of a mask set at 1.9 dinars plus VAT. The operation was carried out by officials from both ministries and accompanied by representatives of the Technical Center of Textiles in Tunisia (CETTEX), the Tunisian Federation of Textiles and Garments (Ftth) and several manufacturers in the sector. 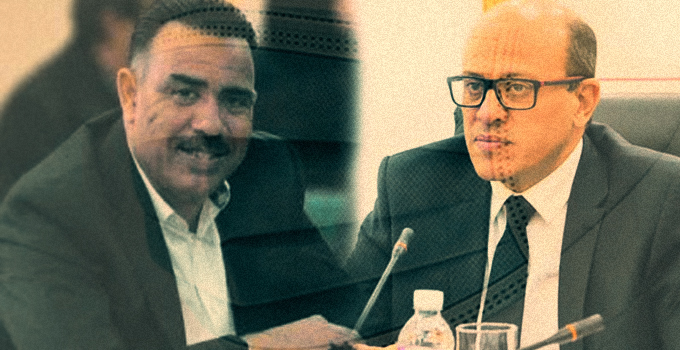 In the meantime, the Ministry of Commerce had ordered the reopening of wholesale markets, requiring the rapid production of two million masks to protect vendors and customers. A meeting was held at the ministry to respond to this requisite. In attendance to discuss businesses likely to fulfill conditions for manufacturing masks were the Minister of Social Affairs, customs and civil protection representatives as well as Ministry of Industry officials. Saadaoui confirmed that numerous businesses in the textile sector expressed their readiness to start manufacturing protective masks in several factories in Kairouan, Matmata and Monastir. A working group composed of the concerned ministries and customs representatives was set up in order to control marketing channels for the masks in the local market and to prevent their exportation.

Saadaoui further indicated that several manufacturers had declined the proposal, either lacking the necessary first materials or else unable to conform to specifications required for manufacturing the masks. The company owned by deputy Jalel Zayati, however, was prepared to accept the proposal and was therefore contacted to this end. The Minister of Industry for his part affirmed that he « hadn’t been aware that the owner of the company is a deputy ».

It is worth noting that the order to manufacture two million masks is not related to the agreement concerning 30 million masks, neither at the level of negotiations nor the terms of contract. The issue, however, was raised owing to the transaction’s level of transparency and conflict of interests.

Conflict of interest: position of the ARP and political parties

Jalel Zayati is secretary general of the party Al Badil Ettounsi. As a parliamentary deputy, he is a member of the National Reform bloc. From 1992 to 2008, he served as director general of the group Epau-Nova. To this day, Zayati heads the company Ortho Group which specializes in medical material. He has also served as member of parliament’s Industry Commission and rapporteur for the Administrative Reform Commission since November 13, 2019.

During a press briefing, president of the Administrative Reform Commission Badreddine Gammoudi indicated that the commission had not been aware of the affair concerning the two million protective masks. Gammoudi added that « our colleague contacted us in writing and apologized for not having informed us of the transaction and his intention to conclude the agreement with government ». Gammoudi also asserted that the commission had addressed 15 written questions to the Ministry of Industry concerning its proposal to the deputy.

The Industry Commission headed by Abir Moussi held a meeting on April 21 during which it examined the possibility of dismissing from the commission Jalel Zayati, suspected to be at the center of the conflict of interests. On the same basis, the Free Destourian Party (PDL) bloc called for the ARP bureau to open an investigation into the matter. In a statement diffused on social media on April 17, the party pointed out that parliament’s rules of procedure prohibit deputies from doing business with the government. But the PDL’s request was rejected given that it is not within the ARP bureau’s jurisdiction to carry out such investigations. Articles 97 and 98 of the ARP’s rules of procedure authorize the creation of investigative commissions.

In a statement published on April 19, the Al-Karama coalition denounced what it called « the mask affair scandal », considering it a « shameful agreement ». The coalition furthermore demanded the dismissal of the Minister of Industry and « the lifting of immunity of any deputy involved in cases of corruption ».

In a statement published on April 20, the National Reform bloc of which Jalal Zayati is a member condemned the « denigration » targeting the deputy, denying « the existence of any contractual relationship between the deputy and the government ». The Reform bloc described it instead as a « simple government proposal and consultations, and not a contract ». This was confirmed by the Administrative Reform Commission’s vice president who mentioned a « communication error », dismissing any suspicions of corruption.

Conflict of interests according to the law

Article 2 of the ARP’s rules of procedure expressly prohibits deputies from signing « commercial contracts with the government or public institutions ». The same article also prohibits deputies from simultaneously working on other missions specified under Article 35 of the electoral code. This includes, for example, a « management position in public businesses and institutions or in companies with direct or indirect governmental participation ».

Furthermore, Article 41 of Government Decree 2014-1039 (March 13, 2014) regulating public contracts stipulates that « public contracts are awarded after competing in a call for tender ». The article notes, « however, public contracts can also be awarded on an exceptional basis through direct negotiation ». In its second paragraph, the article specifies the conditions that enable this exception:

The public purchaser must justify in writing the specific nature of the order which requires the application of exceptional procedures for signing a contract. These exceptions do not undermine the obligation of respecting the fundamental principles of public contracts.

Nor apparently was Law 2018-46 (August 1, 2018) concerning assets and interests, the fight against illicit enrichment and conflict of interest in the public sector. Indeed, Article 20 of the law prohibits deputies from concluding commercial transactions with government, local collectivities and public institutions. Article 24 prohibits deputies from participating in a vote concerning « a subject in which they have a direct personal financial interest ».

Even the Constitution touches on eventual conflicts of interest. Article 15 states that the organization and functioning of public administration « are subject to the principles of neutrality, equality and continuity of public service in accordance with the principles of transparency, integrity, efficacy and accountability ».