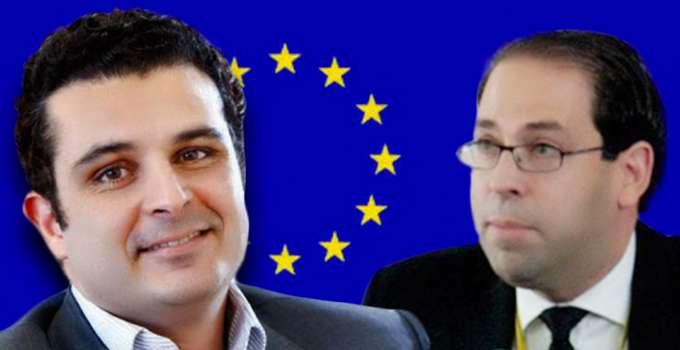 About eight years after Tunisia’s revolution, Marouen Mabrouk has taken one of the greatest steps in undermining the outcomes of the revolution. Mabrouk’s assets had been seized in 2011 under Tunisia’s Decree-law 2011-13 concerning the confiscation of assets and movable and immovable properties acquired after November 7, 1987 by the family of former president Zine El Abidine Ben Ali and his entourage. Then, on January 28, 2019, the EU decided lift the freeze on Mabrouk’s assets in Europe and to remove his name from the list of 48 sanctioned individuals. The decision (see page 10), enables Mabrouk to regain hold of 7.454 million euros overseas and to continue his dealings with French business partner and telecommunications company, Orange.

On November 16, 2018, the European Court rejected—for a third time—Marouen Mabrouk’s appeal to the Tunisian government to unfreeze his properties and assets in Europe. But the Court’s refusal was not enough to dissuade the former son-in-law of deposed president Ben Ali; indeed, Mabrouk had been fighting the freeze since January 31, 2011 when the Foreign Affairs Committee in Brussels first implemented the sanction on the 48 individuals convicted of misappropriating state funds. Mabrouk’s next move was to sidestep the legal rulings and pull strings within government, instigating the direct intervention of the prime minister himself, Youssef Chahed. The organization I Watch shed light on the circumstances of this intervention on December 12, 2018, in an article that revealed the contents of Chahed’s correspondance on November 22, 2018 asking the EU to unfreeze Mabrouk’s assets. Brussels responded to the official request on November 27, 2018, first with the approval of the EU’s Mashreq/Maghreb Working Party, ahead of review by the Working Party of Foreign Relations Counsellors (RELEX) in January which approved Tunisia’s request and closed the file. Youssef Chahed’s intervention as mediator plus the use of official channels to recover Mabrouk’s assets abroad bore fruits on January 28, 2019 when the EU removed Mabrouk’s name, and Mabrouk’s name alone, from the list of 48 sanctioned individuals.

The Mabrouk family was one of the first Tunisian families to begin working in investments and food industries, with a Sardine canning factory that opened in 1946. Marouen Mabrouk’s own trajectory as businessman nearly came to end with the fall of the Ben Ali regime. The family’s wealth, which grew over the next fifty years, was limited to two chocolate and cookie factories and a small real estate company. The latter benefitted from a considerable boom in business after 1996, when Mabrouk married the deposed president’s daughter, Cyrine Ben Ali. In so doing, the young man and his family joined the ranks of the country’s wealthiest people with the expansion of its business during the last decade of Ben Ali’s rule, which was characterized by intense competition amongst members of the ruling family to divvy up various sectors among themselves. Groupe Mabrouk broadened its investments, becoming active in the insurance and telecommunications sectors through insurance company GAT and telecom operator Orange (Groupe Mabrouk heads the board of directors for both companies); in large commercial spaces, with shopping centers Géant and Zéphyr in Tunis; and in the transport sector through Tunisia’s exclusive distribution company for car brands Mercedes and Fiat. In 2005, Groupe Mabrouk also acquired the largest share (21%) of the International Arab Bank of Tunisia (BIAT).

The sanction placed on Marouen Mabrouk in February 2011 was of evidently little consequence, since the travel restriction under which he had been placed was lifted on February 14, 2014. The decision coincided with a court order on February 11, 2014 in the Court of First Instance of Tunis which confirmed Mabrouk’s right to ownership of group Investec, and revoked the decision to remove him as president of the board of directors for Orange and GAT. These proceedings were followed by judicial rulings in Mabrouk’s favor on March 30, 2015 to suspend the seizure of a number of Groupe Mabrouk companies. Marouen Mabrouk’s success in keeping his wealth from encountering the same fate as that of his in-laws, opened his appetite in 2016 to further gains under the shady operations of the national commission of management of assets and funds. Then, comforted by ties with his French partners at Orange, Mabrouk turned his attention to the millions of euros he had kept in Europe since 2011.

The deal with Orange in 2009 represented one of the most important investments for Marouen Mabrouk. Through Divona Telecom, a company which he jointly owned with ex-wife Cyrine Ben Ali, Mabrouk managed to obtain the third telecommunications operating license for the Divona-Orange consortium. Using his relationship with the Ben Ali family and by excluding other competitors, Mabrouk acquired a majority share of 51% in the partnership, only to see his shares confiscated by the government and management rights challenged in legal proceedings. French partner Orange, which had accepted a 49% share in 2009, would later play a major role in reducing the State’s share by halting legal action against Mabrouk and restoring his position as company president on February 11, 2014. Revelations by the online journal Maghreb Confidential in June 2013 concerning the pressure that Orange had exerted in the affair were ultimately confirmed by statements of the company’s president, Stéphane Richard. On October 19, 2016, Richard announced intentions to suspend Orange’s activities and leave the country in protest of restrictions affecting partner Marouen Mabrouk. The picture became still clearer on January 25, 2019 when I Watch published an article concerning France’s eagerness to end the asset freeze on Marouen Mabrouk in Europe and thereby facilitate his cession of 16% of Orange Tunisia’s capital. This was, of course, to the advantage of Orange France, which would become the largest shareholder in the Tunisian branch.

So long as the name Marouen Mabrouk remains on the list of 48 blacklisted individuals, the former will be prevented from doing business with Orange France, since French legislation forbids such financial and economic dealings. The affair demonstrates the extent to which foreign interests have a weight to bear in the confiscation of assets and the web of economic relationships linking Marouen Mabrouk with his partners abroad and allies at home. What’s more, government support for the situation was not limited to a simple letter written by Youssef Chahed; indeed, a more blatant form of support came in the form of a decision to postpone application of the new finance law’s Article 13 which introduces an increased corporate tax rate of 35%. The revised rate, up from 25%, has been deferred until 2020. Exempted companies include banks, financial institutions, investment companies, insurance companies in addition to large commercial spaces, car dealerships and foreign brand operators. These happen to constitute the very same sectors occupied by the Mabrouk family, and more specifically, by business tycoon Marouen Mabrouk.