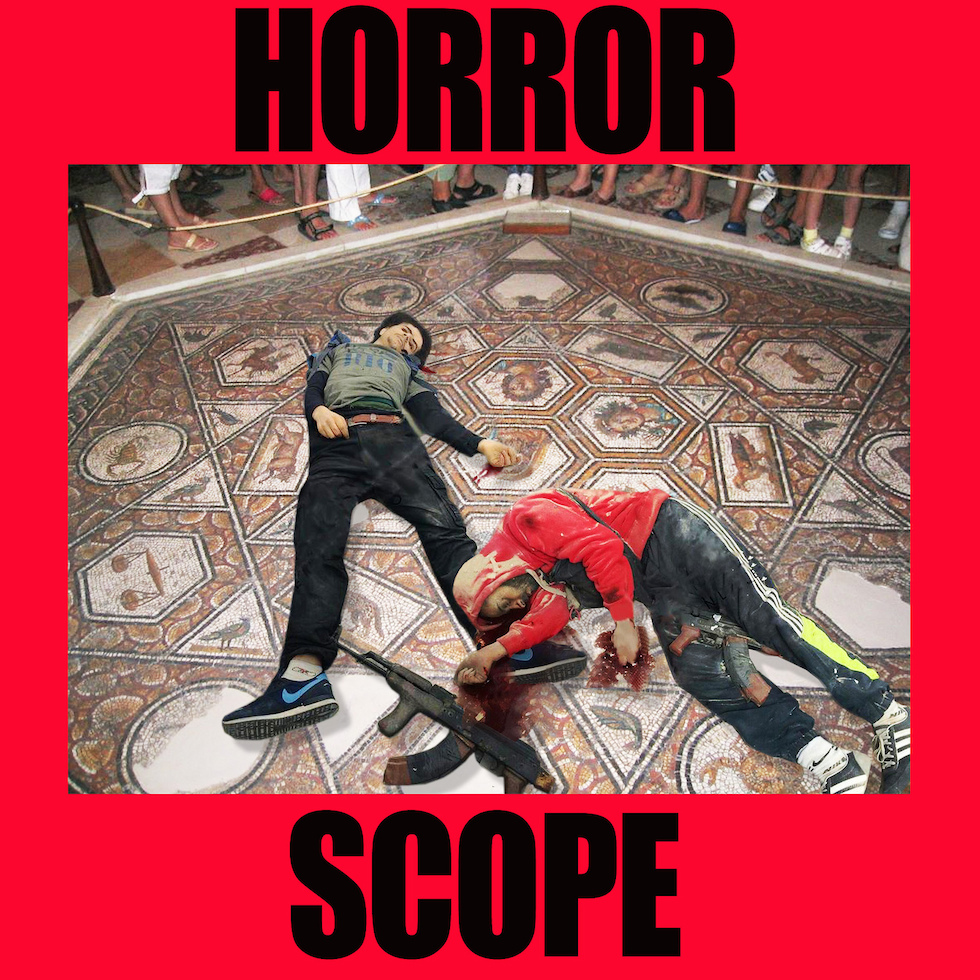 Soon after the Bardo National Museum Attack in Tunis I saw photographs of two of the attackers who had been killed (in the museum) posted on Twitter by Michael Horowitz1.

These two pictures had this byline:

Graphic: Picture of the two gunmen who were killed in the Bardo Museum by security forces #‎Tunisia.

These pictures do not comply with most Western media esthetical editorial codes, so I did not see them reappear on television or in news papers…nevertheless they had struck my eye … these poorly dressed men with their worn out guns and the reversed rain of bullets that had smashed them down… the one with the red cloak jacket was covered with sandy debris that had spat from the impacted walls in a corner where he had been driven in…

The Roman mosaics of the Bardo museum I have never seen directly but I have travelled to this museum virtually several years ago while doing research on the vast collection of Roman mosaics.

I think we need to see pictures of slain bodies in our media… they can be placed and introduced in such a way that those who because of state of mind or age should not be confronted can evade them, but we need to look at violent death in raw format to realise what life is about and how much more effort is needed to avoid massacre. It also may confront supporters of such violence with the consequences.

Will we mirror the media weapon of ISIS with its pictures and videos of executions?2 Not necessarily so, we may reshape or recontextualise pictures of violence and death in such a way that their reception may serve non-violent purposes.

The floor mosaic photograph is taken by a tourist in the Bardo Museum and was posted on Flickr a while ago and this is the link to the two original pictures on twitter.

2. See also my recent (28/2/2015) proposal: “BEWARE OF ISIS PROPAGANDA support this web-banner to be placed on top of their videos/images“.