One Year After the Wreck at Lampedusa

The third of october marked one year since 366 passengers were killed in a shipwreck off the coast of Lampedusa. One week after, some 30 passengers died in a second wreck close by. The discussions that followed with the urgency of identifying those responsible for responding penetrated the complex politics of migration in the Mediterranean. Italy’s Mare Nostrum was born as the immediate search-and-rescue response to the incidents while Frontex took charge of revamping border control through Operation Hermes. This October, Italian Interior Minister Angelino Alfano visited Tunisia in commemoration of the many lives lost at sea and to discuss present developments in immigration and border control programs. Italian news outlet AnsaMed reported the Minister’s offering of two patrol vessels as a gesture of solidarity against terrorism: “With the President of the Republic, Moncef Marzouki,” Angelino is quoted, “we spoke not just about this delicate Tunisian transition and the strengthening of democratic institutions, but mostly about the fight against illegal trafficking in the Mediterranean, starting with human smuggling rings and international terrorism.” 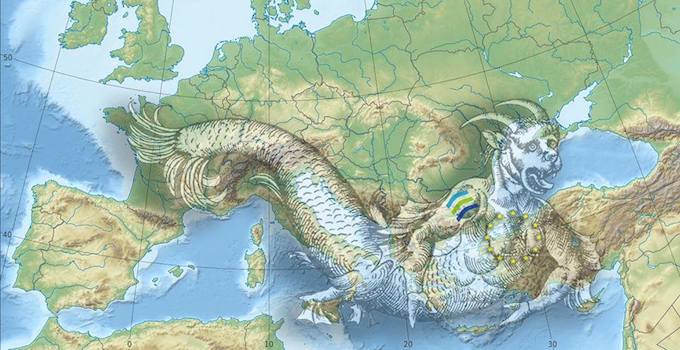 “Fostering the free movement of people has been an important objective of European integration since the 1950s. Free movement of goods, persons, services and capital were identified as foundations of the Community in the Treaty of Rome (1957).”1

Alfano also called for the termination of Mare Nostrum and the precipitous reinvigoration of Frontex operations as a symbol of the European community’s collective commitment to protecting its borders. The Italian Minister’s remarks have been sternly corrected by Frontex executive director Gil Arias Fernandez who expressed that the launching of the agency’s newest intiative, Operation Triton, on 1 November is entirely unrelated to the status of Italy’s Mare Nostrum:

the decision whether to cut back or terminate this last operation falls to the Italian government … Saving lives is always an absolute priority, but the Agency’s mandate is to control borders, we do not do search and rescue, even if a border control mission often becomes search and rescue.

According to the Frontex website, Operation Hermes was initiated in response to Italy’s request for support in enhancing border control at the height of social and political unrest in North Africa, Tunisia in particular. A 2011 Frontex press release indicated,

Italy requested a targeted risk analysis on the possible future scenarios of the increased migratory pressure in the region in the light of recent political developments in North Africa and the possibility of the opening up of a further migratory front in the Central Mediterranean area.

Foreign Media on Immigration Across the Mediterranean

The continuation of political transition processes in the Arab world profoundly changes our perception and understanding of the Mediterranean and policies to implement there. Bastien Alex, et al., American, British, and Russian Strategic Ambitions in the Mediterranean

In the October 2013 publication American, British, and Russian Strategic Ambitions in the Mediterranean, the Paris-based Institut de Relations Internationales et Stratégiques (IRIS) offers insight into the perceptions, strategies, and policies of European (and other) countries regarding the Mediterranean. The last section of the report includes recommendations that corroborate common criticisms of Europe’s politicized immigration policies and the US’ war on terrorism from the perspective that both demonstrate a world power at war with an enemy of its own invention.2 The authors suggest, for instance, that Europe and the US respectively

Envision a new geopolitical format, if not a new security system … work in the domain of a euro-african geo-political entity, in contrast to a euro-mediteranean approach, fundamentally euro-centric and therefore obsolete today. p. 67

Break with the simplistic notion of «war against terror» of the two Bush administrations and, to a lesser extent, of the Obama administration. p. 68

Indeed, the IRIS report’s portrayal of archaic immigration policies based on regional and international associations that no longer reflect present geographic and political networks resonates with academic Nando Sigona‘s examinations of migration in the Mediterranean. In an article on Migration and revolution Sigona and co-author Hein de Haas describe how sensationalized predictions of migration trends dismiss «the possible links between declining opportunities for migration from North Africa to the EU (due to the economic crisis and intensified border controls) and the exclusion and discontent of disenfranchised youth on the one hand, and the protests on the streets of Tunisia, Egypt, Libya, Algeria and Morocco on the other…» and have «permeated public perceptions and the policy responses of EU member states.» Sigona has cited Frontex specifically among sources that perpetuate an outdated and inaccurate conception of migration trends in the Mediterranean:

By feeding politicians and media with detailed statistics, first-hand accounts, close-up images, and scrupulously documented annual reports, FRONTEX has given an EU-wide profile to what used to be seen as a local, sporadic phenomenon. Nando Sigona, New wave of nationalism could scupper Italy’s bid for EU-wide response to migrant boats

Tunisian Media on Immigration Across the Mediterranean

Prior to 14 January 2011, there was little to be found in Tunisian media on the «dramas of the Mediterranean» in spite of the undeniable impact upon and relevance to Tunisians.3 In 2012 and 2013, Nawaat contributor Sana Sbouaï described Europe’s closed-border policies that not only keep immigrants from penetrating the northern shores of the Mediterranean via highly selective, restrictive visa procedures, but prevents them from crossing beyond their own borders in the name of «partnerships for mobility» and agreements with «third countries» such as Tunisia. «Tunisia is considered a strategic country for Frontex, migratory key of the central Mediterranean according to Frontex migratory risk analyses, and one of the principle ports of entry for irregular migration to Europe.» In spite of its strategic significance, Sbouaï indicated, Tunisia is unlikely the attention of its partners in the North since «Talks are necessarily unbalanced, financial stakes linking the parties involved. Tunisia appears unable to represent a counterbalance and to impose any [of its own] conditions in these discussions.»4

Journalist Farhat Othman emphasizes the political currents that sway European immigration policy, which he condemns as fervently as he reprimands European politicians for complicity in perpetuating ineffective, inhumane control mechanisms (“to have had at their disposal and done away with sure evidence of the futility of current migratory policy“) in the interest of preserving their power:

Harmful, lacking a sound foundation and purpose is European immigration policy, a supposed mechanism in the fight against clandestinity whereas in truth it maintains and creates it. It is the symbol of moral failure in Europe. The full weight of its futility cannot be measured until a fair investigation clearly lays out its involvement and responsibilities in the recurring dramas of the Mediterranean…Farhat Othman, I accuse…Letter to Irresponsible European Officials

In Tunisia and abroad, discussions on immigration in the Mediterranean one year after the Lampedusa tragedy are vigorous as ever while the numbers of migrants who perish crossing the Sea remain disgracefully high (in September, two wrecks involving ships crossing from Egypt and Libya to Europe resulted in the death of around 700 passengers) and as migration policies and programs are revised and modified. At the beginning of the month, Farhat Othman criticized the Italian Interior Minister’s visit to Tunisia, observing that an offering of patrol boats, in the guise of support against terrorism and the trafficking of contraband, could only be intended to diminish clandestine immigration since it consists of «patrol vessels mandanted by the cooperation agreement linking Tunisia and Italy since 2011 after the massive wave of Tunisians to Italy.» As if to illustrate Othman’s descriptions of European politicans driven to protect and preserve Europe “threatened by invasion,” Nicolas Sarkozy addressed a cheering crowd of supporters in Nice early last week, calling for the «refounding» of the Schengen Area and «a real immigration policy to put an end to social tourism in our country.» A Frontex press release announced the imminent implementation of its newest operation, stating «While saving lives is an absolute priority in in all maritime operations coordinated by Frontex, the focus of Joint Operation Triton will be primarily border management.» In response to this news, Amnesty International’s Europe and Central Asia director John Dalhuise has warned that «Italy must continue the Mare Nostrum search and rescue operation until there is a better-equipped alternative supported by other European countries – and Triton is certainly not it … If Italy follows through on this proposal, the disturbing prospect of ‘Frontex plus’ turning into ‘Mare Nostrum minus’ is in danger of becoming a reality.»

1. The Treaty of Rome, originally called the Treaty establishing the European Economic Community, and particularly the section alluded to, Title III concerning the “Free Movement of Persons, Services, and Capital,” pertain to nationals of Member States, not nationals of «third countries.»
2. On Europe’s immigration policy: Sana Sbouaï’s Frontexit: Europe Is At War With an Enemy of Its Own Invention; On the US war on terrorism: Sawson Ramahi’s The Muslim Brotherhood and Salafist Jihad (ISIS): different ideologies, different methodologies, and Barbara Slavin’s Obama administration downgrades signature Mideast democracy program

3. “This tragic event that might have prompted a true national debate passes as a trivial news item. Our government officials manage this sort of affair in complete discretion. For them, social marginalization of these youth remains a problem of little significance that does not merit public attention. For them it is nothing more than disruptive events that damage the national image (recall in this vein the youth of Gafsa). For them, once more, the image of the country counts more than the country itself.” Débat Tunisie, From ‘Dialogue with the Youth’ to…drowning of the youth, 29 January 2009

“The increase in Tunisian emigration was facilitated by reduced policing during the revolution but stood in a long-standing tradition of irregular boat migration to Europe that has existed since southern European countries introduced visas for North Africans around 1991.” Hein de Haas and Nando Sigona, Migration and revolution

4. “Frontex thus finds itself faced with numerous difficulties exacerbated by the mobility and reactivity of networks on which the agency struggles to gather information. As for the question of trafficking, owing to a lack of bilateral accords, cooperation between the European Union and the countries of the Southern Mediterranean is essentially nonexistant and does not allow for an effective local control.” Bastien Alex, et al., American, British, and Russian Strategic Ambitions in the Mediterranean, 0ctober 2013.