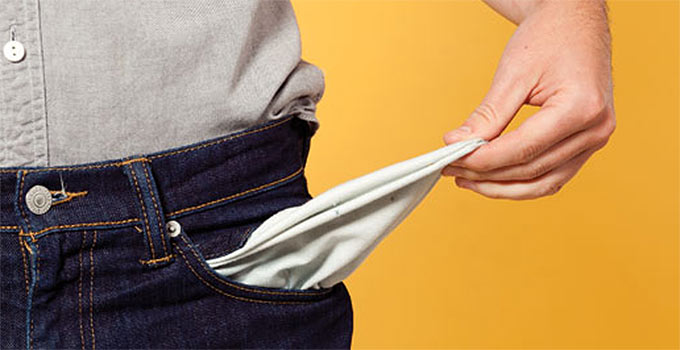 Last month witnessed the coincidence of a continuation of the National Economic Dialogue in which were addressed wages, purchasing power, and productivity; a study published by the National Institute of Consumerism that assesses the changing consumer trends in Tunisia; the first of the thirty holiest days of the year. Ramadan began on Sunday, June 29 and articles are rife with disheartening inflation statistics and warnings against over-consumption and waste of food items purchased in excess. With food, water, electricity, and gas prices already on the rise, the expenses associated with the ingredients vital to the month of fasting compound what is an already unbearable economic burden for many Tunisians.

June 1 – Six Percent Increase in Private Sector Minimum Wage (SMIG)
The beginning of June saw a 6 percent increase in the minimum wage (retroactively effective May 1, 2014), referred to as the SMIG (minimum guaranteed interprofessional salary), for all private sector employees, announced Minister of Social Affaires Ahmed Ammar Youmbai on June 1. For employees who maintain a 48 hour work week, the change reflects a salary increase from 301 dinars 808 millimes to 319 dinars 904 millimes while those who maintain a 40-hour work week experience a raise from 259.479TND to 274.559TND. The SMAG (minimum guaranteed agricultural salary) for employees of the agricultural industry varies according to category: from 11.608TND to 12.304TND for ordinary laborers, from 12.227TND to 12.960TND for skilled laborers, and from 12.771TND to 13.537TND for qualified laborers.

June 23 – UGTT, UTICA at the Kasbah to Negotiate Increase in Private Sector Salaries
The indicated SMIG increase is arguably more symbolic than effectual as it coincides with inflated costs of living. In a parallel context, of apparently little consequence were recent negotiations between the Tunisian General Labor Union (UGTT) and the Tunisian Union of Industry, Trade, and Crafts (UTICA) at the Kasbah last week. On June 23, Houcine Abassi of the UGTT and Wided Bouchemaoui of UTICA met with Prime Minister Mehdi Jomâa to sign a tri-part agreement that encompassed a 6 percent increase in the salaries of 1.5 million private sector employees (retroactively effective May 1, 2014) across fifty professions, an additional ten dinars for travel expenses, and the creation of two commissions, one to assess purchasing power, another charged with production and productivity, each composed of fifteen members including five representatives of the UTICA, UGTT, and government respectively. After evaluating the present economic situation in the coming months, the commissions will set to developing strategies to relative to their designated functions in September and October.

If we had responded rationally, we would have opposed this increase. The combination of production, economic growth, and inflation rate is so difficult to reconcile during this period to come to such an increase … Decisions regarding the augmentation of salaries must take into account multiple factors, notably inflation, production, and productivity. Hence these wage increases take into consideration the capacity and wage policies of companies. For this we decided to implement this increase in ‘solidarity.’ Khalil Ghariani quoted in Fifty Professions Affected by an Salary Increase in the Private Sector and UGTT and UTICA Sign on 6 Percent Salary Increase 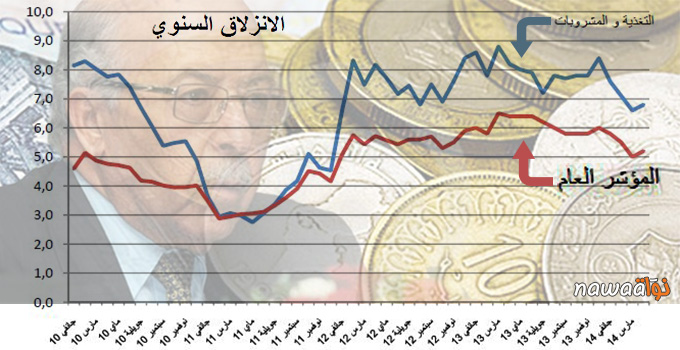 The case in point indicates that increased salaries do not necessarily translate into improved quality of life, especially during these thirty-plus days of soaring expenses in which a large proportion of salaries are dedicated to covering the of cost of food needs impacted both by high prices as well as the sheer amount of food purchased and consumed.

Journalist Samih Beji Okkez of Salary Increase in the Private Sector – An Economic ‘Lifeboat’ argues that the 6 percent salary increase pales in comparison to the marked rise in the cost of living, and characterizes the disparity as ‘economic terrorism’ that most profoundly affects low-income households. The author holds that government incentives to control increasing prices and to improve purchasing power are inadequate to bridge the widening gap between economic means and living expenses. Among the primary factors that have exacerbated the economic crisis over the past three years is the smuggling of contraband that has depleted the local food market, especially in terms of subsidized items such as sugar, vegetable oil, and milk. Citing data released by the National Institute of Statistics (INS), the author reports that an inflation rate of 5.4 percent in May (a 0.4 percent increase from the month of April) is most palpably manifest in the inflated prices of food items, which rose from 6.8 percent in April to 7.2 percent in May; household energy costs which were at 4.6 percent in April and 6.8 percent in May reflect a 10.2 percent increase in electricity and gas prices due to a recent tax amendment that was adopted by the Tunisian Company of Electricity and Gas (STEG). Okkez attributes the inadequacy of the government’s economic recovery approach specifically to:

1 the magnitude of the compounded effects of the last three years of economic crisis
2 the plummeting economic status of the majority middle class especially in the capacity to afford food items
3 the inequity of the salary increase which does not distinguish between income levels, so that low-income employees receive the same wage increase as high-income employees

Ramadan in Tunisia: Reduced Productivity, Increased Prices and Consumption
Khalil Ghariani’s lukewarm justification and Okkez’s succinct critiques of the latest negotations to come out of the National Economic Dialogue are amplified by the chorus of news reports and reader commentaries related to the citizenry’s economic woes and consumer trends at the opening of the holiest month of the year.

300 dinars net equals misery. It’s enough to see product prices to understand. It’s enough to take a look at inflation to understand. More and more misery in working-class neighborhoods, more and more working-class neighborhoods equals parallel commerce, contraband, equals corruption, equals extremism and terrorism, equals… The woes of the Tunisian citizen are well known-—social and fiscal injustice. Tunisia’s natural riches are going where? Capitalism and liberalism since the 80’s. Public services—-transport and health—-are diminishing. In Tunisia the rich are getting richer and the poor are getting poorer.
Reader commentaries in response to Abassi – An Increase in the SMIG

A staggering rise in Tunisians’ consumption of food items is characteristic of the month of Ramadan. Waste is also one of our bad habits during this holy month. On a daily basis we consume an average of two to three times what we consume on a daily basis throughout the rest of the year. Imen Zine, Our Eyes are Bigger than Our Stomachs

Without being able to fully test it, we can confirm with a reasonable degree of error that overall productivity across all sectors (some professions notwithstanding) during this period must be half of what it usually is. It suffices to say that the millions of hours lost are nothing compared to the social ills suffered…Yet another statistic that eludes that Minister of Social Affairs, always quick to stigmatize work stoppages… Hédi Sraieb, The Tunisian Economy Put to the Test of the Half-Days of Ramadan

‘Anti-economic’ Half-Days of the Holy Month
Whereas the Nawaat author weighs the gravity of the present economic crisis in terms of purchasing power, others measure the situation in output and productivity. Tunisian Economy Put to the Test of the Half-Days of Ramadan discusses how the convergence of several factors—-decreased productivity, increased prices, and increased consumption of goods-—constitutes an overall «anti-economic period» which again, the government fails to adequately address.

[There is a] gaping discrepancy … between affected abstinence and actual gluttony, between frugality and voracity. It goes without saying that the nuances of this judgement must be appreciated, the practices differing from one social group to another, in urban and rural settings, and according to a number of other factors … across the spectrum of society emerge absolutely pointless consequences such as the overconsumption of a number of products and the ensuing waste, or inflation and the deregulation of production-distribution circuits.Hédi Sraieb, The Tunisian Economy Put to the Test of the Half-Days of Ramadan

As much as under-productivity, the author attributes overconsumption as central among the numerous «irrationalities» that qualify the month of Ramadan as anti-economic. Inasmuch as it pertains to consumerism, the sentiment echoes the message drawn from a study published by the National Institute of Consumerism within the Ministry of Trade and Crafts. Lassad Labidi’s public recommendations based on indicators proving that «Ramadan is a month that disrupts Tunisians’ food habits and results in a great deal of waste and unrational behavior» is part of «a vast awareness-raising campaign to incite consumers to rationalize their consumption and to preserve their health during the month of Ramadan.» Drawing from the publication, L’Economiste Maghrébin cites several numbers that demonstrate the overwhelming increase in demand for certain food items:
Canned goods: 280 percent
Eggs: 98 percent
Beef: 50 percent
Lamb: 26 percent
White meat: 38 percent
Yogurt: 69 percent

Tunisia’s Ramadan this year has citizens economically exasperated by compounded inflation–an increase in the prices of the month’s most essential ingredients atop the already heavy burden of rising costs of daily living. At the same time, the government is hard-pressed to (a) muster no small degree of multi-tasking capabilities as it copes with heightened food product demands all the while encouraging moderation, and (b) instill some sense of economic relief across all (private, public, low-income, high-income, and the ostensibly diminishing middle-income) segments of society.