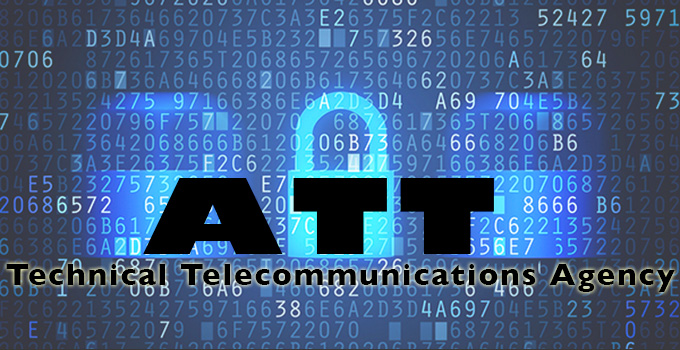 Decree nº2013-4506 of 6 November 2013
First Article – Pertaining to the creation of a public establishment that is adminstrative and financially autonomous called the ‘Technical Telecommunication Agency’ and placed under the jursidiction of the Minister of Information and Communication Technologies…
Art. 2 – The Technical Telecommunications Agency provides technical support to judicial investigations into ICT-related crimes. It is thus tasked with the following missions:
– Receiving and treating orders stemming from the judicial authority to investigate and record ICT-related crimes in accordance with the applicable legislation.
– Coordinating with the different public telecommunication network operators, access networks and all concerned telecommunication service providers in all of its listed missions in accordance with the applicable legislation.
– Exploiting national monitoring systems of telecommunication traffic in accordance with international human rights treaties and personal data protection laws.

The most recent news reports in Tunisia on the creation of the Technical Telecommunication Agency (ATT) from March announced Jamel Zenkri’s appointment as head of the organization. Decree nº2013-4506 of 6 November 2013 that elicited vehement disdain from bloggers, journalists, and lawyers has faded from the forefront of issues of national interest as other, equally consequential and more immediate issues, such as Martyrs of the Revolution Affair and the FreeAzyz-Free Sabri cases, entered into the foreground. Two recent articles are from foreign media: the International Business Times out of New York and Index on Censorship, a London-based organization that works to «protect freedom of expression around the world,» resonate with the skepticism in publications from Tunisian media outlets* (the most thorough of which is Kaïs Berrjab’s methodical legal analysis described below), and pose questions pertinent to national controversies that embody the challenges of post-revolution social and political transition.

The constitution cannot exist outside any effort to counter terrorism; it should, in fact, lie at the core of these efforts. The combatting of militancy and terrorism requires the support and involvement of all sectors of society, including the media and civil society. But if it is the state that strikes the first blow against the ideals and optimism contained within the constitution, will the emergent civil society be able to defend it? Nicholas Williams, Undermining Progress: Digital Surveillance and the Tunisian Constitution

Whereas the National Constituent Assembly (ANC) has officially surpassed its designated time and function in office and earned an unfortunate reputation for politicizing even issues that are presumably beyond the scope of its jurisdiction (such as the Djerba Controversy), at the time that Decree nº 2013-4506 was announced, the fact that it bypassed Parliament vote was deemed to reflect suspicious hastiness and lack of attention to legal details. In Will Tunisia’s ATT Ring in A New Era of Mass Surveillance?, Activist Dhouha Ben Youssef is quoted: «The first problem is already in the form, the creation of this agency is made through a decree – not a law that must be voted by the National Constituent Assembly. Thus [there is] not even a debate. Secondly, the introduction of the decree is based on a set of obsolete and repressive laws from the Ben Ali era,» while lawyer Kaïs Berrjab dissected the Decree to reveal «a battery of legal irregularities related to unconstitutionality and illegality of the role that the ATT is to play.»

…the last minute redrafting of the constitution established civilian oversight, an impartial regulator and robust protections, but will the ATT, wired to the central government, through the Minister of Information and Communication, undermine such progress, making online participation as dangerous for journalists and bloggers as seen under the leadership of Zine el-Abidine Ben Ali? Nicholas Williams, Undermining Progress: Digital Surveillance and the Tunisian Constitution

While the abuse of police power and lack of adherence to judicial decisions have embodied the challenges of establishing a healthy balance and division of State institutions, the ATT, an issue of intermittent visibility over the past several months, appears to be another vestigial feature of the Ben Ali regime and an ominous counterforce to a democratic system of checks and balances. Berrjab effectively conveys this point within a long list of related offenses: “…encroaching on the jurisdiction of legislative power, Decree n°2013-4506 relative to the ATT is invalid due to its unconstitutionality as it violates the principle of separation of powers and undermines legal jursidiction…”

Since the publication of Berrjab’s extensive blog post and formal appeal regarding the ATT’s inherent illegality and unconstitutionality, former member of the Tunisian Internet Agency (ATI) that is associated with the “Ammar 404 era” under Ben Ali was appointed as General Director of ATT by the Ministry of Information and Communication Technologies. “When coupled with the head of the agency being appointed by the Minister of Information and Communication alone, and government plans to exempt the ATT from legal obligations, which exist for all other agencies, in regards to transparency, the prominence of the state raises pertinent questions about the impartiality and non-partisanship of the agency” the Index points out. Zenkri is to head seven other members who will, as per Article 7 of the Decree, similarly be appointed by the Ministries of Justice, the Interior, National Defense, Information and Communication Technologies, Human Rights and Transitional Justice, the Superior Committee for Human Rights and Fundamental Liberties, and the National Tribunal for the Protection of Personal Information. The agency will replace its predecessor, the ATI, in its function to monitor cybercriminaity.

«Part of the impetus for the new surveillance program is to prove to Western allies that Tunisia can monitor terrorist communications on its own…» Tunis-based researcher Monica Marks reported to IB Times. It is without question that the US has asserted its commitment to help the Tunisian government to reform and develop the country’s security sector, most emphatically through the discourse of Secretary of State John Kerry upon his visit to the Kasbah in February, and furthermore it has been widely acknowledged that Tunisia, like many other countries, is the recipient of and testing ground for American surveillance technologies that are on the whole prescribed as security mechanisms to cope with terrorism.

…the ATT ‘is entirely inspired by the NSA, and in much the same way, there’s the justification for spying on a state’s own citizens using legitimate security concerns. Jillian York quoted in NSA-Style: Tunisia Setting Up Counterterrorism Unit That Will Also Spy on Citizens

Particularly in the wake of the Snowden leak one year ago, foreign influence, whether overt (as in the context of the US-Tunisia Strategic Partnership) or covert (such as the American monitoring systems and/or political interests that have shaped or influenced the media landscape since Ben Ali’s regime) in Tunisian surveillance, citizens are sensitive to the possibility that surveillance systems implemented in the name of national security are dually used to monitor and censor national media and citizens’ online communications and activities.

The IB Times published «NSA-Style: Tunisia Setting Up Counterterrorism Unit That Will Also Spy on Citizens,» a couple of months following The New York Times piece, ‘US Promotes Network to Foil Digital Spying’ in which Tunisia is mentioned as a ‘test case for more contested regions.’ Whatever broader US plans are for localized mesh networks throughout the world, from the local perspective at least it is clear that the Open Technology Institute’s Commotion technology in Sayada is used for community networking, democratic participation, and promoting a healthy digital ecosystem. The transparency and authenticity that are the singular and defining features of the Mesh Sayada project, however, are not qualities associated with ATT and the foreign (American and European) influence that has presumably pressured the Tunisian government «to improve counterterrorism operations and crack down on smuggling» In the case of the ATT, the tone of concern present in foreign press articles resonates with the response of journalists, activists, and lawyers in Tunisia.

The seeming involvement of multiple different European and U.S. companies is not untypical, although Tunisia does represent one of the countries where the censorship and surveillance regime was particularly broad. It should come as little surprise in this context that Tunisia was used as a country wide ‘test bed’ for various kinds of censorship and surveillance technology. Consequently the Tunisian government was given a substantial discount so that international corporations could ‘try out’ their technology on a national scale in Tunisia (Chakchouk 2011). Riadh Hidri in response to ‘US Promotes Network to Foil Digital Spying…while Sayada Builds Network to Foster Digital Freedom

Whereas a previous Nawaat article highlights the generalized and imprecise American media perspective on digital freedom/surveillance in Tunisia, in the case of the ATT, American and European media publications seem to carry a healthy dose of suspicion and skepticism based upon quality analyses from both Tunisian and international sources that take into account history, current events, and previous and current legal frameworks.