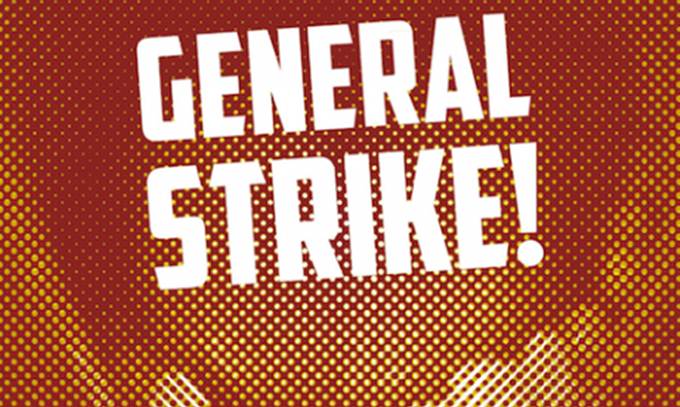 On Saturday, the National Union of Tunisian Journalists, with support from the Union of Culture and Information, organized a general press strike held on September 17 to “oppose attacks against journalists from authorities who are desperate to treat journalists as criminals on the basis of repressive laws,” according to a press statement.

Tunisian rights groups, as well as international organizations Human Rights Watch and Article 19, have condemned the recent arrests of journalists, including Zied e-Heni who was arrested on Friday for questioning the prosecution’s case of cameraman Mourad Mehrezi. El-Heni was released on Monday after posting bail and spending three days in prison.

El-Heni’s arrest led to a public outcry marked by marches, sit-ins, and online petitions. In response, on September 16 President Moncef Marzouki stated that freedom of expression and opinion was a “sacred right”, and according to Mosaique FM, called for new laws that would coincide with the Declaration of Human Rights’ stance on freedom of speech. The National Union of Tunisian Journalists also assured the public that they would continue to work to implement Decree 115, which would protect journalists from harassment and get rid of prison sentences for charges against journalists.

That same day, Ennahdha released a statement on its Facebook page expressing its support for freedom of expression and the “free exercise of [journalists’] noble profession.” It reiterated that freedom of expression is a cornerstone of Tunisian democracy and that a reformed media should be able to “fulfill its national duty in providing news and criticism within a framework of freedom, honesty, and fairness.” At the same time, Ennadha explained that the judiciary is an independent body without a link to any specific political party, and that the state should convene a national dialogue to reform the legal system to ensure afree media.

The UGTT, which has been at the helm of negotiations between the opposition and the ruling coalition, released a public statement on its Facebook page on Tuesday that voiced the organization’s support for today’s strike and condemned the recent charges against journalist. Newspapers and online news sites have placed a black banner on their pages in support of today’s strike.