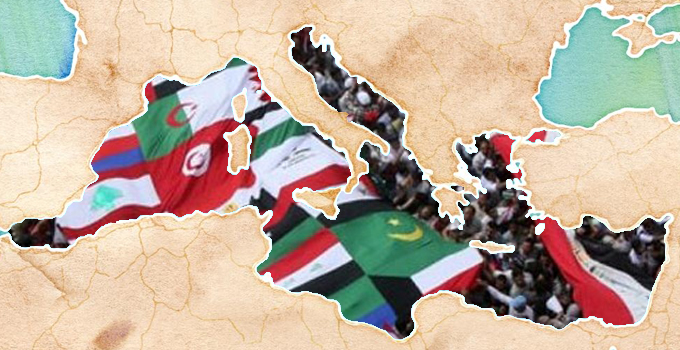 By Francesco Femia and Caitlin Werrell, Founding Directors of the Center for Climate and Security, and authors of “The Arab Spring and Climate Change.”

What was the spark that started the Arab Awakening? The clearest and most unassailable answer is that a fruit seller in Tunisia, Mohamed Bouazizi, burned himself alive to protest a government that neither served his basic needs, nor gave him an alternative means of affecting change. This event fuelled a broadly-supported revolt amongst the Tunisian public, which led to the successful ouster of President Ben Ali’s24-year autocratic reign. The spell of fear lifted, a popular fire caught across the Arab world –aided by social media and sympathetic news outlets– a fire that continues to burn today. Bouazizi’s act, in effect, is the proximate cause of the Arab Awakening.

But a spark requires dry kindling to catch fire, and a lot to stay lit. Beneath the wave of dissent focused primarily on economic woes and democratic deficits, there lay an extremefood and water crisis, and an inability -or unwillingness – of governments to do something about it. And behind that food and water crisis lies increasingly strong evidence that climate changehas already had a dramatic impact in the Arab world, severely prolonging drought and acting as a significant “stressor” on a region whose food and water resources are already stressed.

Take Syria. As we noted in an article last March, from 2006-2011 up to 60% of Syria’s land experienced, in the terms of one expert, “the worst long-term drought and most severe set of crop failures since agricultural civilizations began in the Fertile Crescent many millennia ago.” The Assad regime made matters worse, subsidizing water-intensive wheat and cotton farming, and encouraging inefficient irrigation techniques.

A special case study from the 2011 Global Assessment Report on Disaster Risk Reduction found that of the most vulnerable Syrians dependent on agriculture, “nearly 75 percent … suffered total crop failure.” Herders in the northeast lost around 85% of their livestock, affecting 1.3 million people.A UN report estimated that two to three million people were driven into extreme poverty.This led to a massive exodus of farmers, herders and agriculturally-dependent rural families from the countryside to the cities – cities still coping with influxes of Iraqi refugees, placing additional strains and tensions on an already stressed and disenfranchised population. All of this happened before the Syrian revolt began in the rural farming town of Dara’a– a place that was especially hard hit by five years of drought.

In the broader Middle East and North Africa, the period immediately prior to the Arab Awakening was characterized by rising food prices, driven in part by extreme droughts in China, Russia and Central Asia– droughts that recent studies show are highly likely to be connected to climate change.Tunisia, Egypt, Libya and Yemen, all countries that experienced widespread dissent, are also four of the top ten wheat-importing countries in the world, making them highly vulnerable to shocks in the global wheat market.

Consider Egypt. In the winter of 2010-2011, as noted by Dr. Troy Sternberg of Oxford University, “a once-in-a-century winter drought in China reduced global wheat supply and contributed to global wheat shortages and skyrocketing bread prices in Egypt, the world’s largest wheat importer.” Coupled with a corrupt and insufficient bread subsidy regime, these price spikes helped broaden the appeal of the Egyptian revolt outside the urban centers.

Tunisia, which has experienced comparatively less drying than its neighbors to the east and west, is still highly dependent on wheat imports from places experiencing climate and water stress. In this context, food prices have been described by Tunisian experts, as well as former World Bank President Robert Zoellick, as an “aggravating factor” in the recent unrest – a fact reinforced by protesters brandishing baguettes during riots in January 2011. Projected increases in the frequency and intensity of weather events like the Chinese and Russian droughts of 2010-2011, as a result of climate change, will likely do more than just“aggravate” a population seeking greater food security, at the very least.

Was climate change the proximate cause of the Arab Awakening? Did a warming planet directly lead Mohamed Bouazizi to self-immolate on the steps of a government building? Of course not.Life is not that simple. But climate change has indeed contributed to prolonged drought in the Middle East and North Africa, and in countries the region depends on for food. This has placed significant stress on water and food security, which has decimated the livelihoods of millions of Arabs. To leave climate change and natural resources out of the picture, and to focus solely on the political and social drivers of unrest, is to ignore a critical problem in the region – one that existed before the Arab Awakening, and will continue to exist after it has run its course. The challenge for new governments will be to acknowledge the “stressor” role climate change plays in daily life, and take steps to mitigate and adapt to its effects.

In short, the full story needs to be told if the Arab world is to forge both a freer and more resilient future. And climate change is a part of that story.