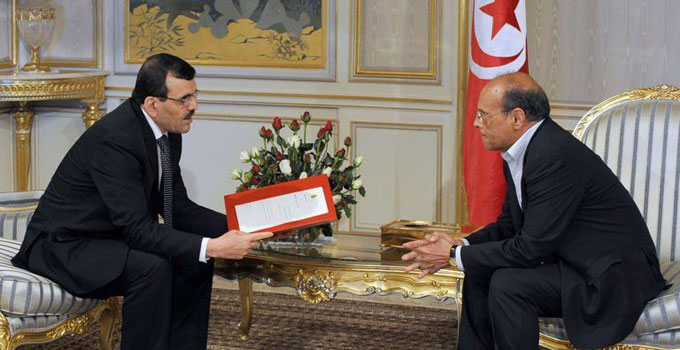 The recent unveiling of the new coalition government signals the beginning of a “new phase “in Tunisia‘s transition. Ali Laarayedh, the prime minister-designate and the outgoing interior minister announced the composition of his new Cabinet on Friday. The new government expected to accelerate the process of national reconciliation and rebuilding has attracted a lot of criticism. At first glance, the new government appears to be male- dominated with only three women included. Some of the ministers in the former government, who performed well below par, have reappeared in the new cabinet (Noureddine Bhiri and Sihem Badi). Time is running out for the government to fix the myriad of problems plaguing the country in particular in relation to when the Constituent Assembly is likely to finish drafting the new Constitution. This comes at a critical time when Tunisia plunged into renewed political deadlock following the assassination of opposition leader Chokri Belaid which ignited the biggest street protests since Ben Ali’s toppling.

Ettakatol party’s secretary-general and president of Tunisia’s National Constituent Assembly stated to France 24 TV that Tunisia’s constitution will be ready next month. Amira Yahyaoui, president of the watchdog organization Al Bawsala, deemed this date suggested by Ben Jaafar unrealistic. Given the slow pace of parliamentary deliberations, Yahyaoui expects that the elections cannot take place before the beginning of 2014. The report by Albawsala NGO whose members monitored the work of MPs accused legislative deputies of slackness. The chronic absence of parliamentarians from the chamber was one of the main facts highlighted in the findings of the NGO. Indeed, an average of just 90 out of 217 MPs attended sitting sessions since January 2013.

The same parties that served in the last government led by Hamadi Jebali namely the Centre-left Ettakatol and the secular Congress for the Republic led by current President Moncef Marzouki remain in the new cabinet. Independents formed around 48 percent of the new cabinet while the three secular opposition parties who took part in the negotiations over the past two weeks did not join the new government. The most controversial appointment is Salem Labyad to the role of Education minister. The man wrote a widely shared “bootlicking” piece a few days before his appointment about the daunting challenges facing the new Prime minister Ali Laarayedh.

Following months of political deadlock, the new government will have to make some tough decisions to create national unity, to curb the tide of violence and to alleviate the economic malaise that swept the country. The economic slowdown has become increasingly visible as the cost of living keeps creeping up and the economy’s lifeblood that is the tourism sector is suffocating. Ironically, unemployment and poverty were the key factors that fueled the frustration of Tunisians and led eventually to the toppling of Ben Ali in early 2011.

In a country riddled with political problems, the occasion of International Women’s Day turned to yet another opportunity to protest against the government. Chants of ‘the people want the fall of the regime’ dominated a rally that was initially organized to support women’s rights in Tunisia. Back in the late 1950s, the newly independent Tunisia granted women some of the most progressive and far-reaching social rights in the Arab world and enshrined these in the personal status code effective from 1957. Tunisian women today enjoy more civil and political rights than women in neighboring Arab countries. But since the emergence of violent Islamist extremists, there is mounting concern that these important milestones may be gradually eroded.