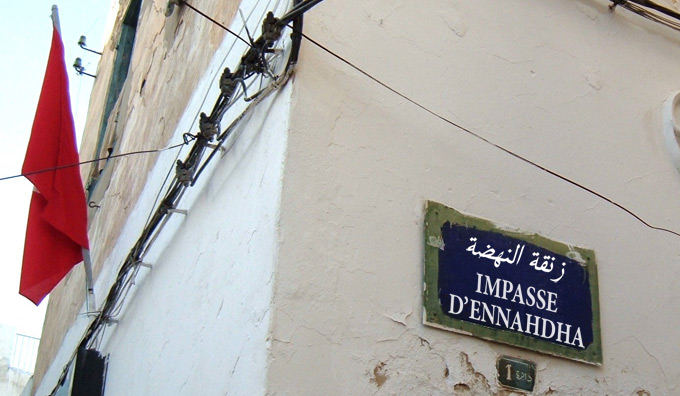 The article was originally written in Arabic and translated into English by our dear friend Lotfi Hermi.

Tunisian journalist Malek Triki offers insight in this week’s OpEd into Prime Minister Hamadi Jebali’s “Last Passion” which eventually culminated in his resignation. He dissects the foundational flaws which could lead to the failure of Tunisia’s revolution.

Tunisian public opinion realized almost instantaneously the essence of Prime Minister Hamadi Jebali’s intention to form a new government of ‘apolitical technocrats’ to conduct the affairs of the state, pending the holding of parliamentary elections once the text of a new Tunisian constitution is complete. This was, in the view of the masses, the ‘least evil’ solution to save the country from a “zanga” (dead end) predicament and political stalemate. Mr. Jebali understood after months of government escaping forward that the course has reached its end, or as the Tunisian saying goes, “the zanga stops here” (*), and thus he went back to his sense of judgment and responsibility [before the Tunisian people]. This was a decision he took despite the escapades and quite imaginative Ennahda party mindset which works day in and day out to scare the bejesus out of measly heathen souls for fear of the return of the boogey—the autocrats of yesteryears—on the backs of technocrats. Then, there is the totem of inviolable ‘legitimacy’ (**) the new rulers are so attached to. Tunisian public opinion did not buy into the justifications of the Ennahda party given their months’ long record of manoeuvering and double dealing—even if they wanted to become conciliatory and accepted Jebali’s initiative, the Tunisian public knows that Ennahda would simply sideline national interest for its own party gains, and the immediate booty.

It is true that Jebali’s initiative came a little too late—that is a year after the country got caught in the slog of non-solutions to its many problems. The fundamental roots of the country’s troubles are of two natures. One is a ‘false start’ after the revolution of 2011 (in the sense introduced by French author René Dumont in his 1960s L’Afrique noire est mal partie). The second is this concept of tadafu` or principle of action-reaction (**) [introduced by Mr. Ghannouchi].

Tunisia was correct in deciding to rebuild its Republican system after a popular revolution. It erred fundamentally in assigning the foundational task of writing a constitution to ideological parties bent on political calculus. This national moment so rare in the history of nations—that of the pure expression of the spirit of national consensus—morphed into political and dogmatic bickering—that of a true ‘stampede’ of partisan squabbling.

Tadafu` or the Principle of Action-Reaction (***)

Now the second element pinning down any possible progress: The principle of tadafu` or action-reaction [as introduced by the leader of the ruling party Rached Ghannouchi], which can be seen as the core problem hampering any possible progress be it in parliament, or government—at least as applied and understood [by the new rulers]. It is not rooted in the Qur’an as some understand it to be (as a universal principle governing the social dynamics of human existence). The Quranic text in the second chapter (2:251) does not use the lexical form “tadafu” involving two parties, with every action eliciting a reaction, but rather mentions the balance of the universe via the principle of checking, for the verse is clear “And had God not checked one set of people by means of another, the earth would indeed be full of mischief”. Most likely than not, this principle of tadafu`, or action-reaction, is borrowed from the epics of street rough-and-tumble soccer games [so popular in North Africa], which some soccer trainers consider a positive form of machismo, and a Tunisian version of molly whopping a foe.

The implication of [Ghannouchi’s] principle of action-reaction is anarchism, in its most primitive form, the argument being leave social and political formations to squabble, using all forms of competition, whether noble or despicable, in the quest for the ultimate prize. Don’t think that this squabbling stampede does not have a referee, for the referee is around and even has a name: the balance of power—pre-programmed of course to assure the survival of the fittest. The “Survival Game” as defined by this principle of action-reaction has universal rules by which it is played. These include incitement to violence, and murder of free spirits. One can thus argue that Tunisia’s crisis today is emphatically the quintessential example of the principle of action-reaction [as introduced by the Islamist leader of the new ruling party]. What is most amazing about this theory, as understood by its protagonist—Mr. Rached Ghannouchi—is that many in Tunisia attribute it, in a “universal thoughtless consensus” to the Holy Qur’an. However, the truth of the matter is that this principle of action-reaction is foundationally rooted in social Darwinism and the principle of “survival of the fittest”, except that in its social form it is weaved in the [Egyptian] mantra of “the rule of the strong over the weak”.

(*) Zanga, Zanqa, Zan’a in Egyptian Arabic, is literally an impasse, the dead end of a long winding oriental road, so popular in North African’s old cities. In our version of the universe, the Orient starts in the land beyond the couscous line (see Douglas Sladen’s 1906 “Carthage and Tunis, the old and new gates of the orient”). The word received international notoriety after the “zanga zanga” speech of the late Kaddafi promising to go after his enemies and cleanse Libya of his enemies “Shibber shibber, beit beit, dar dar, zanga zanga, ferd ferd”, i.e. “inch to inch, house to house, room to room, impasse to impasse, smiting the necks of every single one”; see Conan O’Brien’s sketch at the helm of the Libyan revolution, and, of course, the Zenga Zenga remix.

(**) “Inviolable legitimacy” is how the Washington Post chose to translate the Arabic “shar’iyyah” (electoral mandate, or ‘legitimacy’) in its Feb 21, 2013 editorial “Cooling the Crisis in Tunisia<” calling on the Islamists to listen to PM Jebali. See:

in·vi·o·la·ble
Adjective
Never to be broken, infringed, or dishonored.

(***) Tadafu` is literally “stampede”, as when a crowd is trapped in a confined space. Tadafu` is a mountain in near Arafat, around Mecca, also called Ilaal. The Quranic verse which includes the Arabic root verb def` is: “And did not Allah check one set of people by means of another, the earth would indeed be full of mischief” *(Yusuf Ali translation, 2:251). Tadafu` is “checking some people by means of another” in Yusuf Ali, “repelling” them in Pickthal, and “driving them back” in Arberry. Def`, or Dafaa, means to repel, fend and defend—a word used to identify ministries of defense in Arabic, no need for translation and no clear path as to the lexical roots and their flow, though shared by heathens East and West. In Physics, Tadafu` is Newton’s third law of action-reaction. In this case, it is applied to social dynamics, in the complete absence of the authority of the state, and absolute lawlessness. Def` involves a jam, and thus “Google Translate” offers “stampede” as the English equivalent. Not clear why LL Cool J chose “Def Jam” as a label for his records, but that’s where the brain goes every time Tadafu` comes to mind.