What will be the fate of political succession in Tunisia? Will the ingredients for misrule continue to prevail? 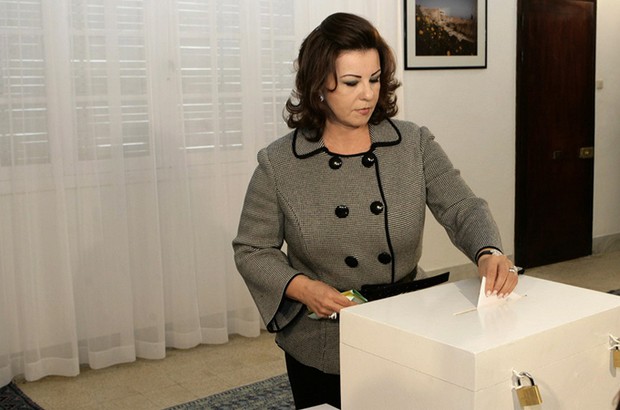 What happens when money, coercion and blood ties become the potion of power? A ‘state’ is born. Not ‘Tunis,’ that place of congeniality and conviviality as its Arabic name suggests. Rather, a different ‘Tunis,’ a Tunis, which is run and owned by a club of rich and powerful families. That ‘Tunis’ today conjures up a disturbing political triad. ‘Bin Ali Baba’ is partly ‘Papa Doc’ partly Suharto reincarnate.

Presidency for life, military background and nepotism, ingredients of misrule prevail as they did once in Haiti and Indonesia. The First Lady is almost the Philippines’ Imelda Marcos incarnate. But instead of shoes, Madame Leila collects villas, real estate and bank accounts. Rule of the wealthy (plutocracy) is wedded to autocracy. The country is Tunisia. But this reality replicates itself in many an Arab ‘republic’. Literally, republics without genuine or abundant republicans!!!

Obama’s mention in 2010 of Tunisia in the same breath as countries topping the black list of press censorship and absence of freedom is bad news for Bin Ali.

Bin Ali did a lot to build a robust economy out of nothing. Living standards match if not outclass those in oil-rich states such as Libya and Algeria next door. Special funds for micro-credits and employment did wonders in poverty alleviation and job creation in the 1990s and beyond. But these successes do not justify single rule and return to presidency of life.

At the time of his bloodless coup in 1987, Bin Ali made a pledge to build a new republic. He amended the constitution to limit presidency to two terms. He spoke against presidency for life. He drafted a new contract with society for ‘road-mapping’ gradual pluralism and reform. One by one, he reneged on all of these reforms.

Elections return his ruling constitutional democratic rally to parliamentary domination. The constitution was amended so that presidency for life is now through election. He surrounded himself with competent technocrats but at the same time ‘clients’ beholden to him for patronage and political survival. Bin Ali functions without the input of autonomous opposition or independent counsel.

His is a republic with an oddity. Bin Ali is a ‘Bey’, perhaps the country’s last Bey.

His salient political value is stability not democracy. Democracy and human rights are rhetorical ornaments. Like the Beys, the King-Officers who ruled over much of the Arab World, politics is viewed as an elite vocation. The elite are hand-picked by the ruler to serve him first and the state second.

The penultimate line of defense for the state is family ties and clan kinship. So writes in the fourteenth-century Bin Ali’s compatriot, the masterful philosopher king, Ibn Khaldoun, in his celebrated Muqaddimah (Introduction to History). Asabiyyah (tribal kinship or solidarity), makes and breaks states, Ibn Khaldoun rightly argues. His thesis epitomizes current statecraft in most Arab republics. So long as the state’s coercive ‘reserve’ is not in shortage.

Since the 2009 elections, Tunisians have started wondering whether Bin Ali intends to leave power in 2014 and under what scenarios. They have recently been rudely prevented from wondering too much and wandering into a different republic: one where they are visible and where the ‘Bey’ and his heirs have departed for good.

The ‘Appeal of 1000’ was issued. The petition was the initiative of two future presidential hopefuls: Hedi Jilani, chief of the state-affiliated trade union for industrialists and merchants (UTICA), and Bin Ali’s son-in-law, Sakhr Al-Matri. It entreats Bin Ali to cling to power for another term, 2014-2019.

For this to go ahead, the constitution will need to be amended to alter a candidate’s maximum age set at 75. The first amendment in the mid-2000s de-limited the number of terms. By 2019, Bin Ali will have ruled Tunisia 32 years. Two years more than Habib Bourguiba, the man overthrown in 1987 on grounds of senility and presidency for life.

The move is no doubt machinated by Bin Ali himself. Why? Megalomania, inebriation with power, and possibly strategic thinking: paving the way for more mature family members to take over from him. Plus, what is good for Egypt, Yemen, and Libya is good for Tunisia!

The Western world can only watch in amazement and passivity at the probability of hereditary rule returning to Arab pre-colonial monarchies.

‘Russian Dolls’…’Beys’ in the Making

Autocrats seem to be adept at cloning themselves. A ‘Baby Doc’ inheres in a ‘Papa Doc’. Just like a set of ‘Russian dolls’. So who are the ‘Baby Docs’ of Tunisia? Bin Ali will eventually depart. Tunisians wish to know. But so do Europeans and Americans.

Early this year, staff in the US embassy in Tunisia spoke with representatives of the country’s opposition. Samir Dillou, a Human Rights lawyer active on the question of prisoners of conscience, Salah Jorshi, a civic activist, and Ziyad Al-Dawlatli, member of the Islamist Nahdah party, tried to share their assessment on the succession of Bin Ali. Succession could be sudden, taking place before 2014 or 2019.

What is inevitable is that the Trabelsi family will for some time (given the absence of impartial legal scrutiny) continue to expand their wealth. This may be the trade-off the Trabelsi brothers (especially Billionaire Bilhassen Trabelsi) want in return for not coveting the presidential prize. But that may not mean they will desist from using their economic weight behind a client or ally, such as the President’s adviser, Abdelwahab Abdallah (former foreign minister).

Madame Leila Bin Ali is another hopeful. Spouse succession, such as in Argentina, is a possible scenario. She’s rich in her own right, has her rich and powerful Trabelsi family behind her. Her son is too young to inherit power. But she could compete for high office with a view of making way. Should Madame Leila opt out of the race, she would place her bets on one of the younger Trabelsi eleven brothers.

She may already be cultivating her young brother Imad Trabelsi, the new Mayor of the rich Tunis district of La Goulette. He is reported to be studying to master the art of oratory.

But Bin Ali’s own son-in-law, Sakhr Al-Matri, would give Imad a run for his money in any future presidential race. However, Al-Matri’s presidential prospects may be frustrated by a number of factors, namely, his contradictions and questionable meteoric rise to power.

He is the paradoxical ‘spoilt brat’ of Tunisian politics: dynastic capitalism and its trappings in one hand, and Islam in the other (Quran Radio, Islamic banking). In front of these wealthy breed of power-hungry individuals with family ties to the president, Kamel Morjane, or the widely respected Premier, Mohamed Ghannushi, may not stand much chance. Whether the dark horse will come from the army remains an unknown factor.

EU thinking on succession remains securely placed in a black box. Dictators are warmly received in EU capitals and chancelleries of power. Tunis is working hard to secure its bid for advanced status within the EU.

This could be another feather in Bin Ali’s cap. Sweden’s EU presidency opposed the Tunisian bid on accounts of poor human rights. Contrarily, the Spanish presidency has been more sympathetic, and so will be the Belgian take on Tunisia’s advanced status as part of the implementation of the EU Association Agreement and Neighbourhood Action Plan.

Bin Ali recently introduced a law in parliament that criminalises all contacts with foreign parties (and by implication activities, including intellectual) that could be argued to harm the country’s economy. This is a bizarre law with no analogue anywhere else. It is intended to prevent any type of lobbying in order to scupper the country’s accession to the advanced status, which could still be granted by the end of 2010. This law is disastrous for Tunisia and for the EU. There is no need for such a policy when Tunisia boasts of wide support (by many EU member states and statesmen).

Bin Ali was judicious in signing the Association Agreement with the EU in 1995. To push this process to its most logical conclusion and earn an upgrade he must give the EU in no equivocal terms commitment to standards of good government, human rights, free speech, and non-hereditary practices. Failure to do so would suggest EU indifference to or complicity with Arab misrule.

May be at one level Bin Ali’s Tunisia commands respect and emulation. A ‘model’, as the regime prefers to call it.

In politics, such a ‘model’ is far from exemplary. Riots in the phosphates basin of the centre and the south point to trouble in paradise! The homogenous and EU-linked Arab state with so much democratic potential has poor press, weak political parties, and a brutal security apparatus. There is more civic capital in impoverished Mauritania than in Tunisia with its high literacy and industrious society.

No Tunisians are arguing for democratic ‘compulsion’ from without. Given the sad state of opposition and overall civic capital, mounting a challenge against the last ‘Bey’ or his heirs may prove premature for another decade. But if Bin Ali wishes to insist on clinging to power till ‘death do us part’, then he must stop to insult the intelligence of his people.

Where to start? He ought to negotiate with Tunisians, whose political culture shuns violence, the terms of his tenure in office or its extension through frank debate. These terms must renounce gags on civil society, the lifting of repressive measures against legal and free political organization, fair competition, desisting from further constitutional ‘gerrymandering’, and renouncing repulsive nepotistic and hereditary practices.

The EU and the US have sympathy for and comprehension of the Tunisian civil society’s problem. The Tunisian people through innate good sense made him their ‘Bey’. Now they deserve something in return: respect and freedom from the spectre of hereditary rule that haunts most Arab republics.

Bin Ali and his government must realize that people live not by bread alone. They also live as social contractors with aspirations for free speech, organized political activity, civic and social capital, and political dynamism. Ruling as a ‘Bey’ in modern-day Tunisia betrays the very republican pretensions of the regime.

For now, no one wants to replace Bin Ali. No one in the opposition wishes to do so, much less has the capacity to do so. But no one also in Tunisia, bar the one thousand signatories of the petition produced by a naïve ‘new kid on the bloc’ – Mr Matri – want Bin Ali to superimpose on them his in-laws. That would be a recipe for disaster in a country so far distinguished by a good record of stability.

Bin Ali must rethink if what matters is not the dynasty his in-laws are building but Tunisia’s 9,990,000 citizens who did not sign the petition for life presidential tenure and possibly hereditary rule.