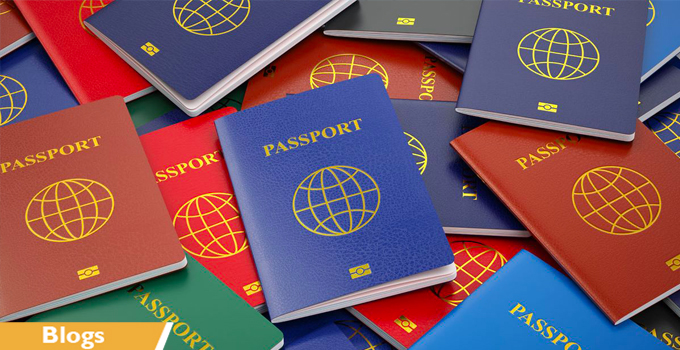 But here I was, at the airport, being told that the piece of paper I held in my hand was not valid.

We often talk of the humiliation that comes from borders and its regulation in the “West”: Tunisians, Indians, and Malians standing in lines in front of police offices in Paris and New York, facing bureaucratic humiliation again and again because we have a paper missing or because ourEnglish or French accent is different from the so-called “proper” accent. But what about the humiliation that we, folks from the Global South, face in the Global South itself? What about the racism that is present in our societies that makes it difficult, if not impossible, for our fellow Global Southerners to live amongst us while those with passports from the Global North move in our countries with ease?

Who pays for the borders?

When I applied for a student visa to come to Tunisia in 2020 at the Tunisian consulate in Istanbul, I was asked to pay the equivalent of 450 Tunisian dinars in Turkish lira for a three-month, single-entry visa. Meanwhile, my colleagues from Europe enter for free and never have to spend time being stressed about visa documents, about the uncertainty of getting a visa (and potential rejection), and about visa delays. They don’t know the humiliation and fear of facing borders; they don’t know how our bodies tremble when we present our passportsat the border control,because one is never sure, even after getting the visa, if the border police will let us in. We internalize this humiliation, and our status as half-humans who do not have the right to mobility. We internalize the idea that our bodies can only be migrants, whose status anywhere in the world can be debated by politicians. Our bodies are not “expats” – Global North bodies made hyper-human in our own lands of the Global South.

In the middle of the pandemic, the Tunisian Ministry of Foreign Affairs decided, starting May 12, 2020, to drastically increase visa prices and change visa policies for many countries around the world. The 3-month single entry visa price went from 141 dinars to 426 dinars; the 3-month multiple entry visa price went from 284 dinars to 845 dinars. Students and visitors from Global South countries, especially African, Middle Eastern, and South American countries, are affected by this price. Meanwhile, those from the rich countries do not pay for entry. For them, the borders may as well not exist at all!

In addition to the change in prices, there was a shift in visa policy for Indian nationals. Starting 2017, Indian nationals were allowed to enter Tunisia without applying for a visa beforehand. But as of May 2020, a visa was imposed on Indian nationals. Based on a conversation I had with the ambassador of Tunisia in India, this shift in policy was meant to curb travel in the middle of the pandemic. The “pandemic” visa policy still remains in place.

The pandemic was—and continues to be—used by governments across the world to restrict the already-restricted mobility of those from the Global South.For example, Europe imposed—and continues to impose—extensive bans on travelers from the Global South, while it has opened up to travelers from the richer Global North, which has better access to vaccines and imposes intellectual property mandates that keep global distribution of medication unequal. The pandemic-related economic instabilities have further depreciated currencies in our Global South countries, while we continue to be asked to pay for visas (including visas to another country in the Global South) according to Global North currency values. Travelling to India? Pay 65 Euros!

Bureaucracy as a racializing system

During my frequent visits to the police in Bab Souikafor my residency card as well as during my research-related interviews, I met with many students and guestworkers from Sub-Saharan Africa. They would often tell me the same story: that they have been waiting for years for their residency card to materialize; that no one at the police station has full information about the documents that they need to submit for the card; that the police always invent a new document that is “missing” from their file; that when their card did materialize, it would be valid for less than a month before it expired. Many told me that they have paid bribes to officials to have their documents processed on time, so that they wouldn’t have to travel to their country to apply for a French visa or a Canadian visa to attend conferences or have work projects; consulates in Tunisia require a proof of residency in order for us to be eligible to apply for visa to another country while in Tunisia.

Many of their stories turned out to be mine. My documents were “lost” thrice by the police of Bab Souika, and during every visit, a new “missing” document would be invented. For example, while I did submit a notarized house contract in October 2020, in February 2021 the police administration told me that I needed a letter “detailing my relationship with the landlord.”

Many of my colleagues from the Global North who struggle to get residency cards in Tunisia tell me that the bureaucratic system cannot be considered as a racializing machine because they—as White folks from Global North—face similar barriers to obtaining these cards. But a look at the queues in the police stations dealing with carte de séjour applications makes it clear who is targeted by this bureaucracy: folks from Sub-Saharan Africa. While Europeans can leave and enter Tunisia without visas, people from Sub-Saharan Africa, many of whom who have been living and working in Tunisia for years, need a visa to enter this country. So if they ever leave without their carte—like I did—there is immense uncertainty about when and how they might return. Meanwhile, folks from Europe do not depend on the carte de séjour to go back and forth between their home countries and Tunisia. This pushes many Sub-Saharan Africans to remain in Tunisia even when there are emergencies back home that require them to be there.

One would think that the Tunisian consulates would have complete information about visa and entry requirements. But there is no centralized information about visas. For example, when I applied for my visa in Istanbul in July 2020, I was told to wait for three weeks. My visa didn’t materialize after a month and I headed to the embassy in Ankara where I was told to “find a contact at the Ministry of Interior” to get more information about my file that was stuck there. I also visited the Tunisian consulate in Paris before flying there in October 2021; I was told that my carte de séjourprovisoire would allow me entry into Tunisia.

Borders live on our bodies

While those of us from the Global South who are in Tunisia as students have a formal, though not transparent path to obtaining legalizing documentation in Tunisia, those who enter and/or stay in Tunisia “illegally” have no such paths to legalization except through interventions by international and local organizations. I stress here that no human is illegal in any land; rather,certain bodies are made illegal by imposing borders on their bodies. When we think of “illegal” bodies, we think of Black migrants trying to cross the Mediterranean. We never think of White bodies as “illegal” even if they may indeed have a status of “illegal.” For example, in the United States, Canadian citizens are the largest group of foreign citizens who overstay their legally authorized admission, more than double Mexican citizens, who rank second. Yet, when we talk of “illegal” migrants in the United States, we always talk of the Mexicans. Borders live on our bodies – bodies that are Brown and Black.

Recently, Walvina Fransca Tonda Issoughi, a student from Gabon, was arrested because her residency card had expired nine days before the arrest. I know of countless European colleagues who live and move unworried in Tunisia, with their legal stay period having been exceeded months ago. But borders don’t live on their bodies. Borders live on bodies that look like their embassies cannot protect them: bodies that are dark, bodies that look poor.

As someone with an Indian passport, my mobility around the world is very constrained. For my every attempt to move, there is a thick border lying in front of me. But I have also learned that these borders can be made thinner by using privileges that come from my status as someone who studies in France and earns an income in a privileged currency.

The borders I face are also thinner than the kind that Black Sub-Saharan Africans like Walvina Fransca Tonda Issoughi face in Tunisia. For example, when I was denied entry at Tunis airport last month, I was told to go to the “visa” window and hope that I get a visa. I wondered if I would have been deported directly if I had been Black, if I didn’t speak French with my so-called Parisian accent? As my passport disappeared into the bureaucracy at the airport for “approval from the Ministry of Interior;” I called my activist friend who immediately called up lawyers to help my case. I have the privilege of these connections. I imposed myself again and again at the visa-window, and, after two hours of intense stress, I was asked to pay 30 dinars for the visa instead of the earlier quoted 70 dinars. Another friend of mine—an Indian national as well—told me a similar story: “pour toi, on fait 20 dinar,” [“For you, we’ll make it 20 dinars”] she was told.

Given these constraints, what type of Global South mobilities can we dream of?I believe that we have to start with changing policies at home that constrain mobilities of fellow Global Southerners. We need to push for free or minimal prices for visas, for transparent and clear paths to legalization upon entry, for scholarships for students from Global South, and for easy access to work-permits. Mobility is an equal human right, and we all deserve to move with dignity and respect!