“They killed the son of our neighborhood Aymen. Now it’s Ahmed. Then who’s turn is next?” Youssef, a neighborhood friend of Ben Ammar, told Meshkal/Nawaat at Ben Ammar’s family home on Thursday outside a tent set up for mourners paying their condolences. 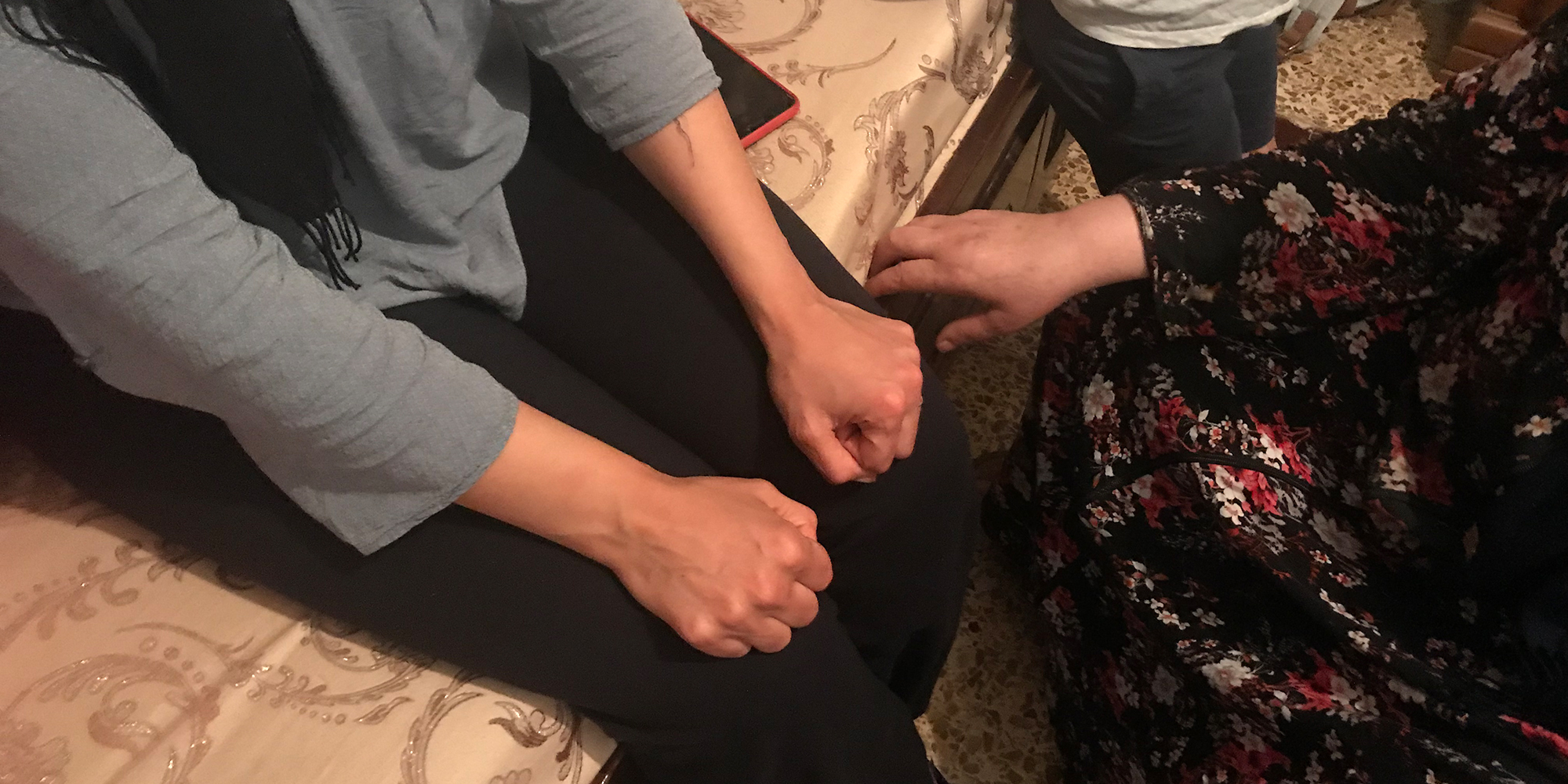 Police attempted to pull over and detain Ben Ammar in Hay Mrad neighborhood while he was riding his motorcycle. His fiancée, who was with him at the time, said in a recorded audio clip posted online that police beat Ben Ammar with a metal bar when trying to detain him after he resisted arrest.

“They could not handle him so they brought a metal bar… They started hitting him with a metal bar to [make him] let go of the [police car] door and get in the car,” Ben Ammar’s fiancée is heard saying in the clip, in a phone conversation apparently with a man named Bilel who later found Ben Ammar dead in the street.

Meshkal/Nawaat attempted to reach the fiancée for comment, but she has since stopped giving interviews to the press after neighbors said she was detained for questionning by police. However, neighbors and Ben Ammar’s family members confirmed details of the fiancée’s account to Meshkal/Nawaat. “We found him beaten up, broken… dead,” Ben Ammar’s sister Kawther told Meshkal/Nawaat at the family home on Thursday. “He was hit on his head, the back of his neck; his nose was bleeding…his condition was indescribable.” Kawther blames security forces for her brother’s death.

The state, the Ministry of Interior, is legitimizing violence…is this normal? Why are they contradictory? They create laws against violence and then they go and practice it; until when?

According to Kawther, police also showed up at their home the day of her brother’s funeral on Wednesday and fired tear gas and threw rocks at those visiting the house who were offering their condolences. “We’re already in pain and they just hurt us more,” Kawther told Meshkal/Nawaat.

Ben Ammar worked as an ironworker and was the main breadwinner for his family. He lost his job at a workshop during the coronavirus pandemic and had started working freelance gigs. “Ahmed was like any other Tunisian youth, trying to make ends meet from here and there,” his cousin Yahia told Meshkal/Nawaat. “There was a period where he wanted to open his own garage but could not due to circumstances.”

In a statement given to private radio IFM, Fathi Smati, First Assistant of the Tunis Court of First Instance Prosecution, denied that Ben Ammar’s death was a result of police brutality.

The security officers suspected him [Ben Ammar] for carrying a backpack, a normal suspicion. They found that he had a quantity of drugs on him, cocaine and zatla [cannabis]… In the middle of his arrest, he ran away and called for help from his neighborhood friends…a while after his escape, his health condition worsened. They took him to the hospital and he passed away in the hospital,

Smati did not clarify how Ben Ammar’s health worsened, however family members say his body was bruised, and a graphic video shared on Facebook with almost 1000 shares at the time this article went to publication appears to show Ben Ammar’s corpse with stitches on a large wound behind his right ear.

Walid, who identified himself as Ben Ammar’s best friend, told Meshkal/Nawaat that he saw the victim’s body at the morgue with bruises on his chin and on both the left and right sides of his head.

I saw him before going into the autopsy…his nose was all in blood,

While Smati’s version insinuated that police were unsuccessful in ever detaining Ben Ammar, locals and friends say Ben Ammar’s body was found with handcuffs on. Walid believes that police must have “threw him and ran away” when they saw that Ben Ammar was dying from his injuries. “How would he have been able to resist with cuffs on his hands? It’s impossible. All this because he refused to stop with his motorcycle,” he said. 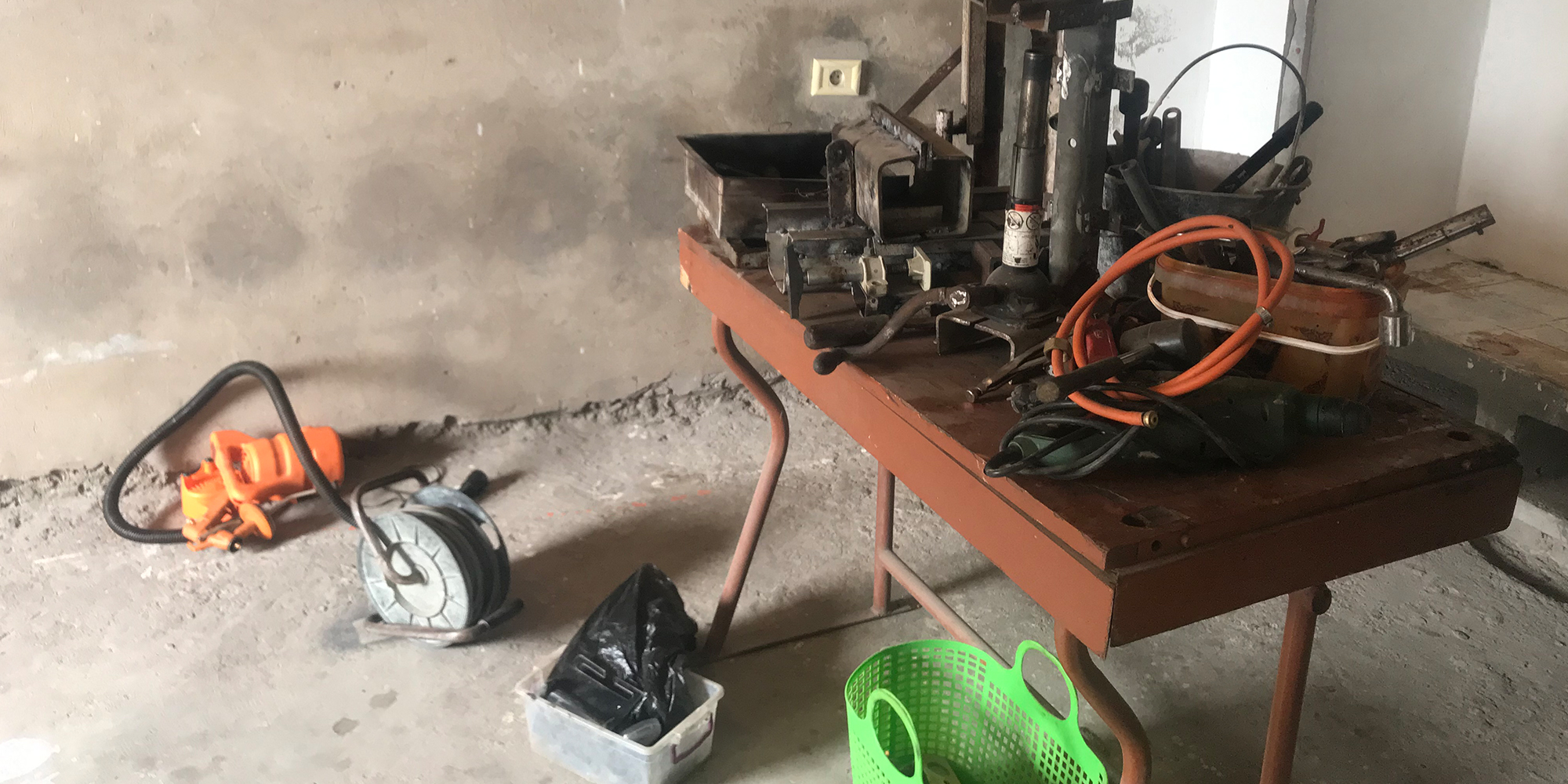 Ben Ammar’s stepmother, who did not wish to give her name, also confirmed this version of events. “They forced him, three or more people, and put him in the police car,” the stepmother told several media including Meshkal/Nawaat who had gathered at the family home on Thursday. “I am not against the security forces, but those committing violence and saying profanity like the ones I was hearing yesterday as I was in my home and in my grief, they’re not security.” Other family members accused authorities of lying and trying to avoid taking responsibility for the killing.

“Why are they making up all these lies? They’re just making it up to protect themselves because they are cowards. They don’t come and say: ‘Yes we did it and we assume our responsibility,’” Kawther, Ahmed Ben Ammar’s sister said. “That’s how they [police] were raised: with inside and outside violence. How do you want them to turn out? They just beat up the people.”

Calls for Justice Spill into the Streets

Ahmed Ben Ammar’s aunt, who did not give her name, said she wants to see the officers responsible for her nephew’s death be arrested and tied. “They should be arrested and not show them mercy like they have not shown it to him,” the aunt, told Meshkal/Nawaat at the family home. “We just want justice for my brother’s son.”

Neighborhood anger at Ben Ammar’s death spilled into the streets Tuesday night and has continued since then with continuing confrontations between locals and police. The Interior Ministry initially tried to calm the protests by issuing a statement urging people to not get “carried away by rumors and false information that are promoted through social networking pages.” 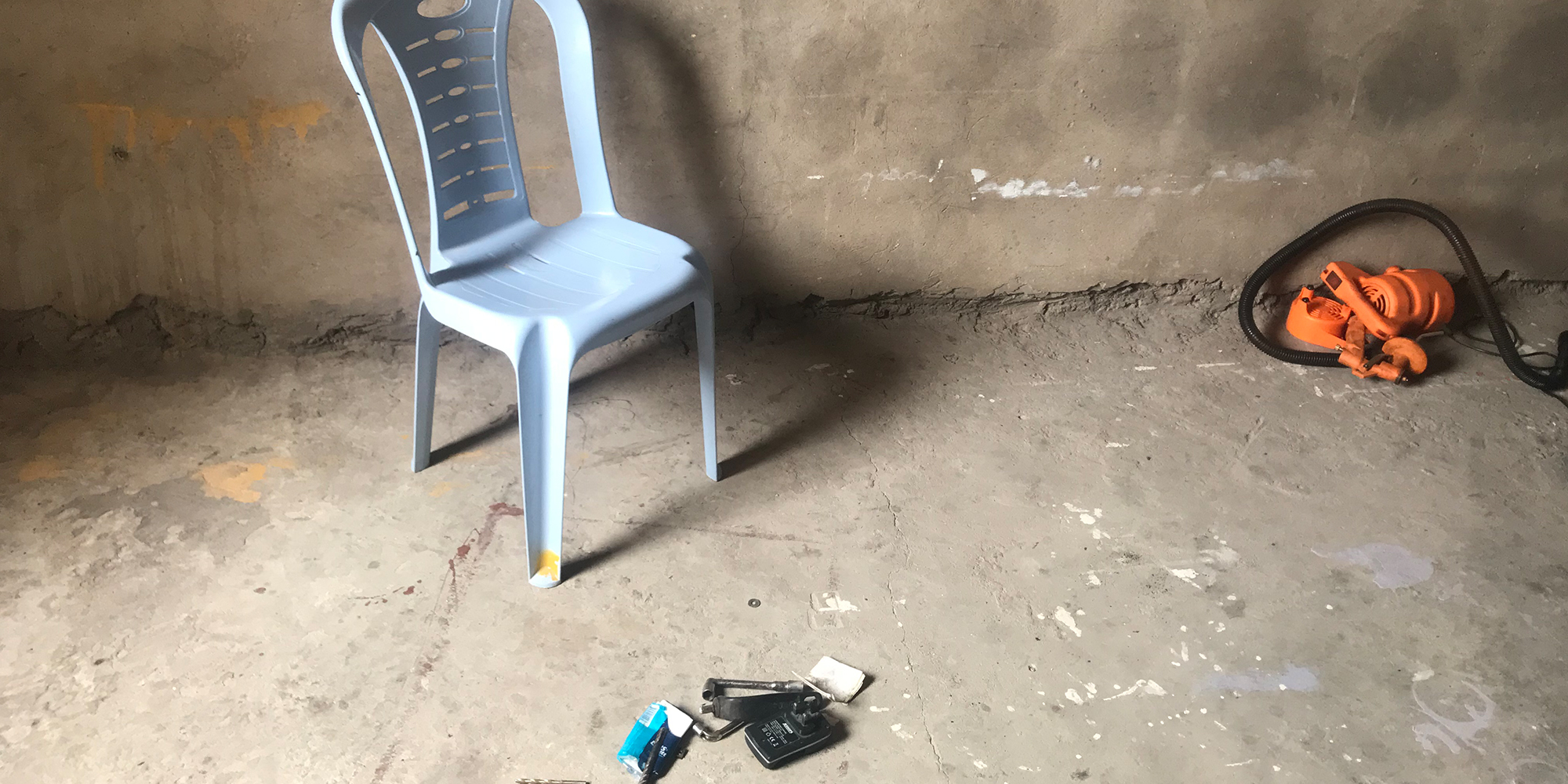 On Wednesday, June 9, amid confrontations in Sidi Hassine, a 15-year-old was stripped naked and beaten by police in a video shared widely, sparking outrage. On Thursday, Parliament called for an investigation, however the General Directorate for National Security, the administrative body within the Interior Ministry responsible for police forces, issued a statement on Facebook claiming that their forces had, during patrol, come upon an individual “in a state of total drunkenness” who “began ridding himself entirely of his clothes, at which time there was an attempt to control him given the hysterical state he was in.”

Since then, the minor has given an interview with his face blurred where he said he had been trying to avoid clashes, that he has never tried alcohol or smoking before, and that the police who hit him ripped his clothes to shreds.

On Friday, the Interior Ministry released a statement saying that they “condemn these behaviors” and that “the agents responsible for these abuses have been suspended from work.”

Young men from Sidi Hassine say that they face regular discrimination from security forces because they come from a poorer neighborhood. “If you go downtown, they stop you just because you are from Sidi Hassine,” one of Ben Ammar’s neighbors who declined to identify himself told Meshkal/Nawaat. Others insisted that security forces must stop targeting young people in Sidi Hassine and should face justice for previous killings.

“We want justice for the sons of our neighborhood, Ahmed and Aymen… They did not put you in a [police officer] uniform to treat people with arrogance,” Youssef, one of the neighbors said.

On Friday, President of the Republic Kais Saied convened a meeting with acting Interior Minister and current Prime Minister Hichem Mechichi and Justice Minister Hasna Ben Slimane in which Saied “expressed his profound displeasure and strong condemnation of what is happening these days in Tunisia,” according to a statement released on the Presidency’s official Facebook page. Some Members of Parliament are reportedly working to submit a motion to withdraw confidence in Hichem Mechichi as acting Interior Minister.