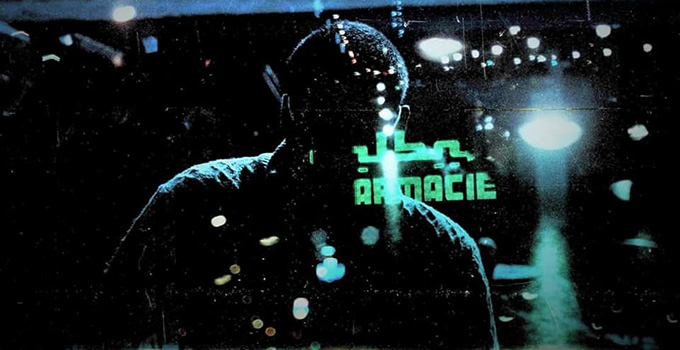 Razi Hospital is Tunisia’s only public hospital dedicated entirely to mental health, located on the outskirts of Tunis. For Rim Ghachem Attia, head of department at Razi and a professor at the Tunis University Medical Faculty, they do not have enough resources or staff to do their job properly.

“There is lots that is lacking, lots of medications do not exist, there is a problem between CNAM [the State’s Public Insurance Fund] and the hospital [Razi], or CNAM and the [State’s] Central Pharmacy…the number of staff and doctors is extremely lacking as well,” Attia told Nawaat/Meshkal. 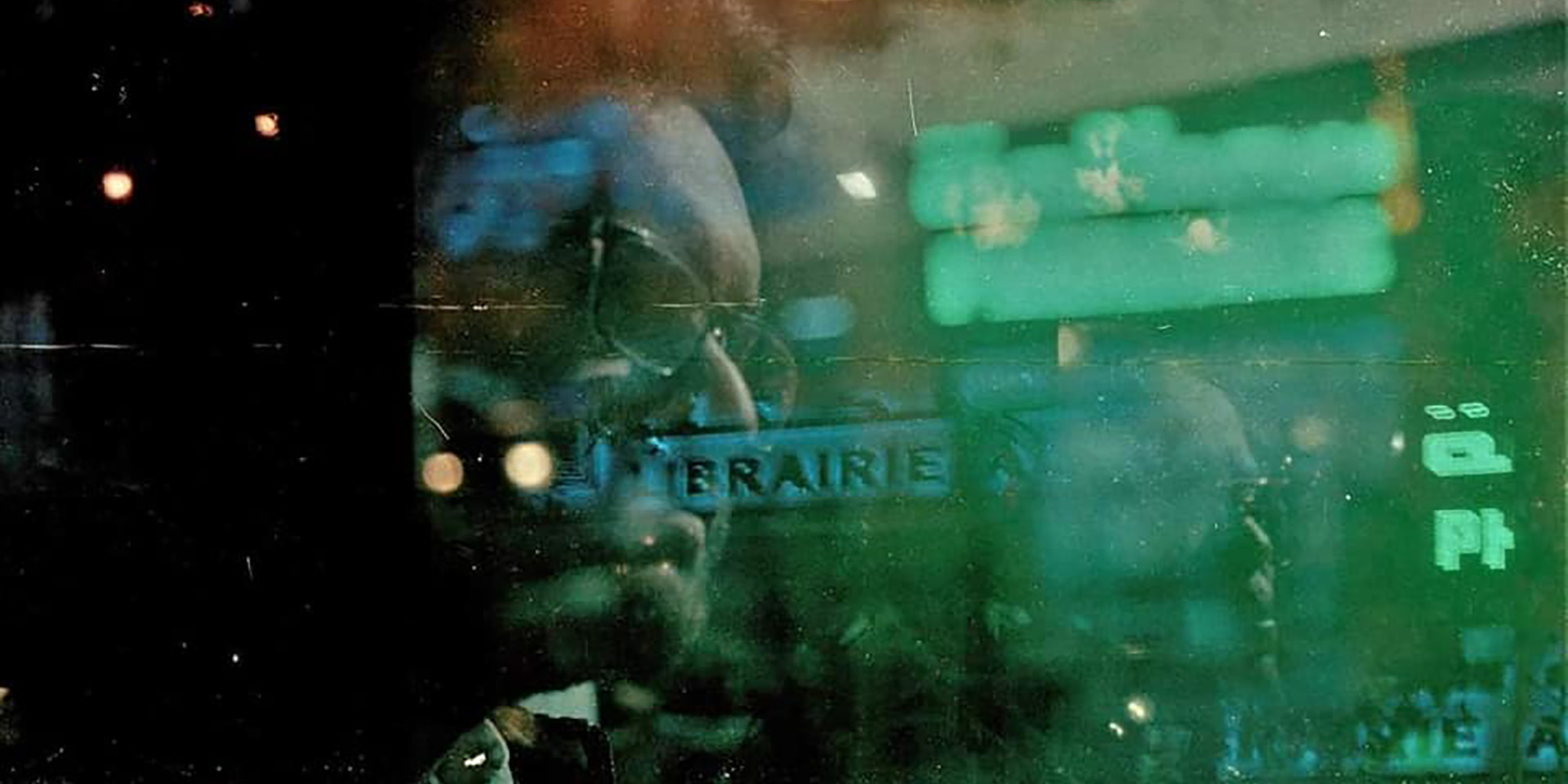 Ghachem appealed to policy makers to give public health institutions like Razi the adequate resources to do their jobs properly.

While some hospitals other than Razi have wards dedicated to mental health, many regions of Tunisia lack mental healthcare facilities and staff entirely, forcing Razi to care for the mental health needs of people from far outside of the capital.

“We have the best doctors in Tunisia, who have great experience… but please give us the means to work in good conditions, such paramedical personnel and medicine,” Ghachem told Meshkal.

Volunteers Try to Reach Those Not Covered

Where the public health system is unable cover the medical needs of those in need and without means to seek out private care, volunteers have stepped in.

Rym Ben Smail is the president of the Tunisia chapter of the non-profit “Psychologists of the World,” which tries to offer mental healthcare to vulnerable populations.

When we first started this organization, we wanted to provide psychological support for people in exceptional circumstances, such as people involved in terrorist attacks and accidents… But we figured out that exceptional cases exist everywhere,

Ben Smail told Meshkal/Nawaat that they sometimes join other doctors in rural areas across the country to volunteer, and that even though their presence is thought of as luxury, families end up standing in queues to talk to them and consult them on issues relating to their children and lives in general. 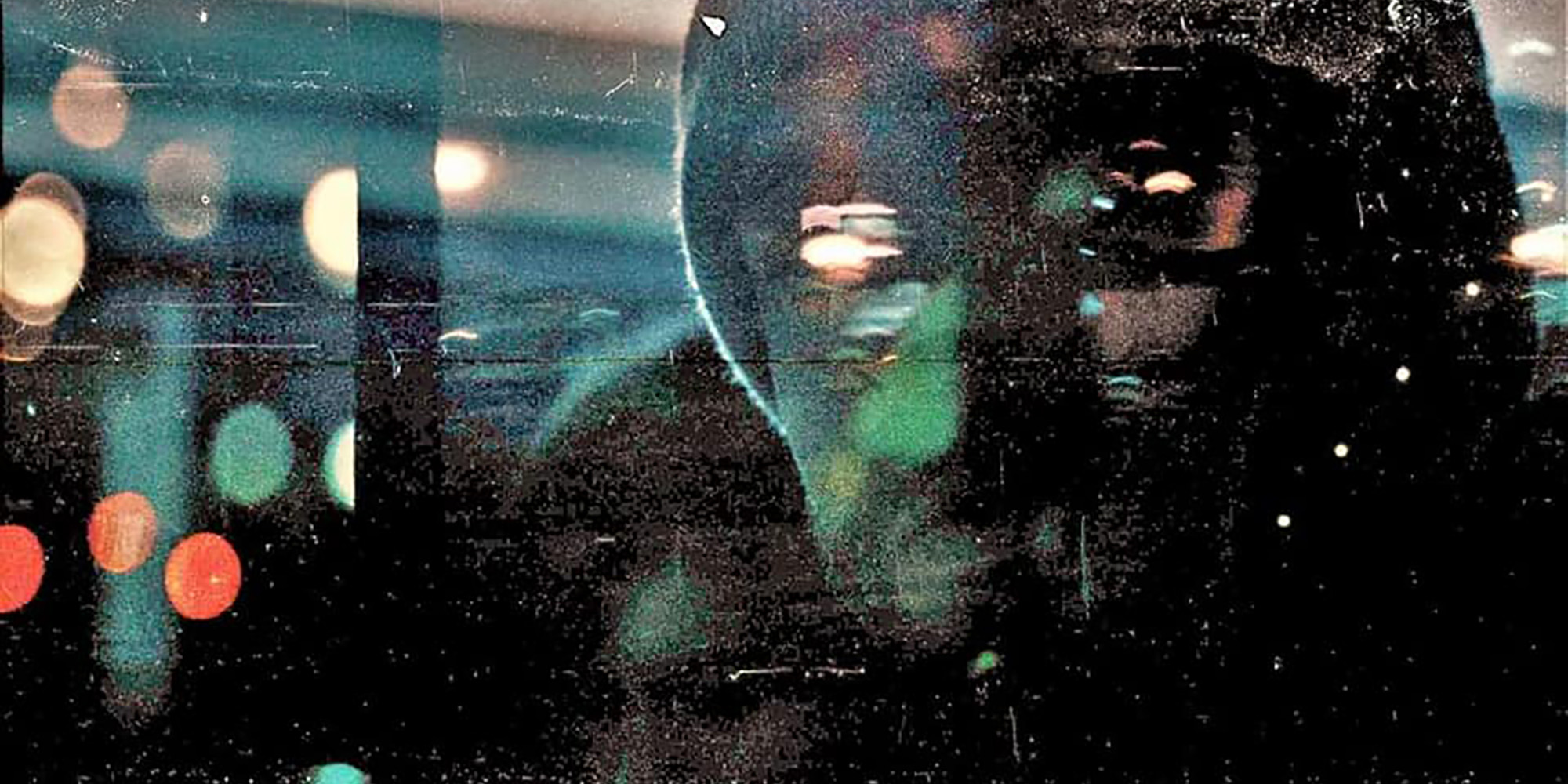 According to Ben Smail, access to services in psychiatric wards and hospitals remain limited to those who have been suffering from chronic mental health illnesses for a long time, however, for people who want to visit psychologists due to their daily stress and anxiety, there are no such accessible facilities.

The lack of adequate public healthcare facilities appears to be confirmed by WHO; according to their 2017 profile of Tunisia, mental health service and uptake either does not exist or has not been reported by the Tunisian state.

The same WHO profile indicated that mental health promotion and prevention programs are still lacking in Tunisia.

Khalil, a young man suffering from bipolar disorder talked to Meshkal/Nawaat about his struggle with the mental health care system in Tunisia.

According to Khalil, he will now have to buy a medicine that is 30 times more expensive than the one he is currently using because it is suddenly out of stock.

For people with disorders like mine medication is very important,

Asked why the generic medicine he needs is out of stock, Khalil replied that he had heard speculation that “big pharma companies prefer to keep more expensive medication on the market and for that reason they get rid of cheap ones;” Meshkal was unable to verify this theory, however the availability of cheap, generic drugs in the Global South has been constrained in recent decades by the increasing inclusion of intellectual property protections in international free trade agreements and treaties, including in Tunisia. 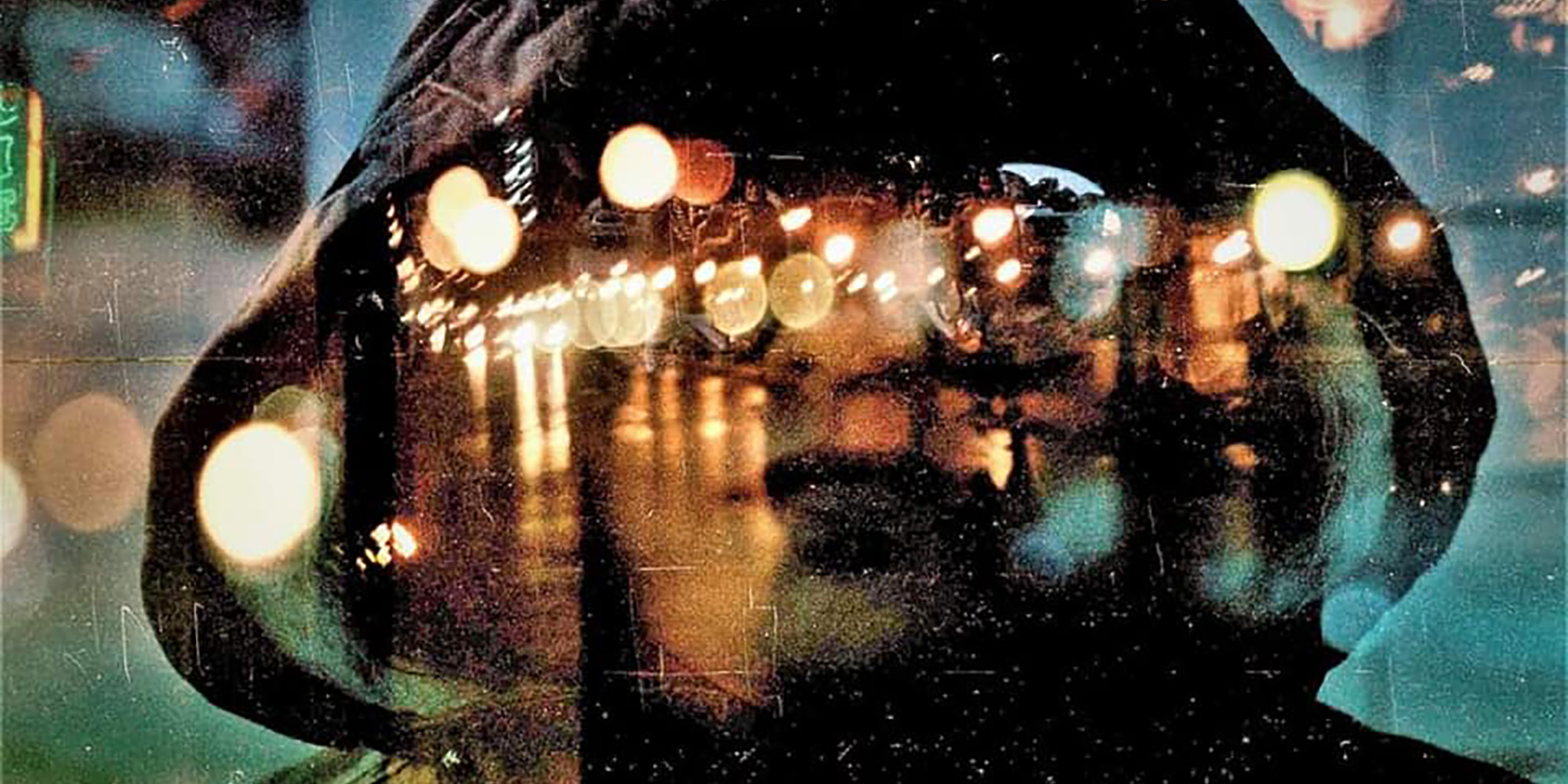 Nawaat/Meshkal asked doctor Attia from Razi hospital about Khalil’s case and the price of medication.

“He is right, the medication that was available costs 5 [Tunisian dinar, TND] but now the one he will have to use costs 100 [TND] and it is not even as effective,” Attia told Nawaat/Meshkal.

Attia said that the problem of medication is on multiple levels and is due to the fact that there is no budget to purchase such medicines.

The problem is that without medications, we cannot treat our patients in Tunisia,

Talking to Meshkal/Nawaat on condition of anonymity, Jamila said that her 30-year-old sister has struggled with what she referred to as a “mental slowness” since a very young age. Meanwhile social stigma for her sister’s condition has led to further mental health.

“When my sister was young, her teacher at school treated her badly because of her mental illness… he put her at the back of the classroom, did not allow her to speak or play, and he even once called my mom and told her that your daughter is a “mahboula,” [a pejorative term for “crazy” in Tunisian dialect] Jamila said.

Jamile said the medicine her sister takes has increased recently from 45 Dinars to 60 Dinars, while her overall treatment costs the family at least 1400 dinars per month, and they receive almost no public support.

“It is true that some of the medications are listed under CNAM’s expenses reimbursement system, but it’s nothing.For a medication that costs 180 dinars you only get back 20 dinars,” Jamila said.

Allegations of Abuse in Razi Hospital

Jamila said her family used to take her sister to Razi Hospital when she was a child, but that her sister’s doctor at Razi advised them not to admit her for hospitalization out of fear for her sister’s well-being.

“My sister’s doctor at Razi hospital was actually the one that advised us not to keep treating my sister there because of what she sees herself…The most important thing that should be provided in a mental health hospital is security, but this is non-existent. Even the colors used to paint the walls makes you feel like you are in a prison, staff treats patients badly,” Jamila claimed. 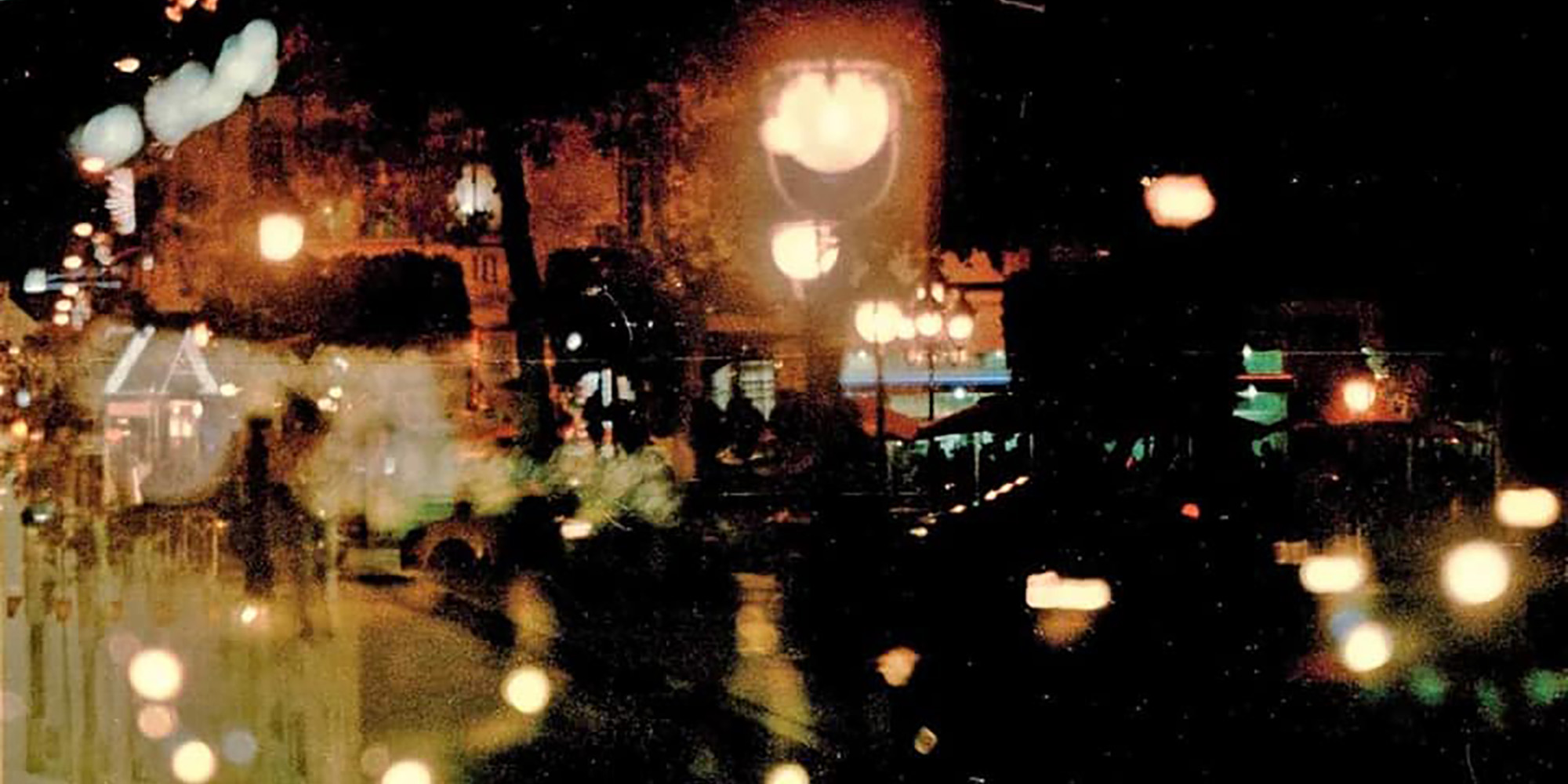 Jamila’s mother, a healthcare worker herself, had heard rumors that abuse—including sexual abuse—has taken place at Razi. When Jamila, who is a journalist, tried to gather testimonies about abuse allegations from patients inside Razi Mental Hospital, she said people would initially agree to talk but later refused to pick up their phones or would respond that Razi staff had threatened to deny them treatment if they spoke to press about their experiences.

Asked about the rumors and allegations of abuse at Razi, the head of department Attia denied that there is any merit to them.

“I have worked for 35 years and honestly have never witnessed such abuse. To the contrary I have seen patients assault doctors… and that is a normal thing because they are patients,” Attia said.

Our job is particular. Our patients might experience a thing similar to delirium and sometimes they imagine that someone has evil intentions towards them or does not like them. This is a kind of illness,

But for Jamila, Razi has not been a place she sees as able to help her sister.

“The hospital itself is not a place for a person to get better.It will make them more sick instead,” Jamila said.

Ben Smail of the non-profit Psychologists of the World told Meshkal/Nawaat that their organization was often contacted during the Covid-19 crisis by people who suffered from psychological distress caused by the crisis but did not find any professionals they could reach out to.

As part of its Covid-19 strategy, the Tunisian Ministry of Health has previously announced that it put in place a free hotline with 200 psychologists and psychiatric specialists available, for people who need psychological support during these times.

People are starting, little by little, to give importance to psychological support,

Meanwhile, police brutality, extensively documented during recent protests by witnesses on social media, by human rights groups, and by journalists, has prompted some to seek out psychological help. One particularly new feature in recent police responses to demonstrations has been mass detention of minors as well as torture inside detention centers.

“The worst thing that has happened this year, it’s the detention of minors and torture,” said Alaa Talbi of the Tunisian Forum of Economic and Social Rights (FTDES by its French acronym). Meshkal/Nawaat reported in January that about 600 minors had been detained in mass arrests at that time, according to one estimate.

“It’s the first time that requests came to us, distress appeals for psychological assistance,” Talbi added, noting that previously people mostly came to FTDES asking only for legal help.