French colonialism in Tunisia did not only alter the political, economic, and social structures of the country. It also changed farming activities, environment, and most importantly, the agricultural structures and policies of the North African country. 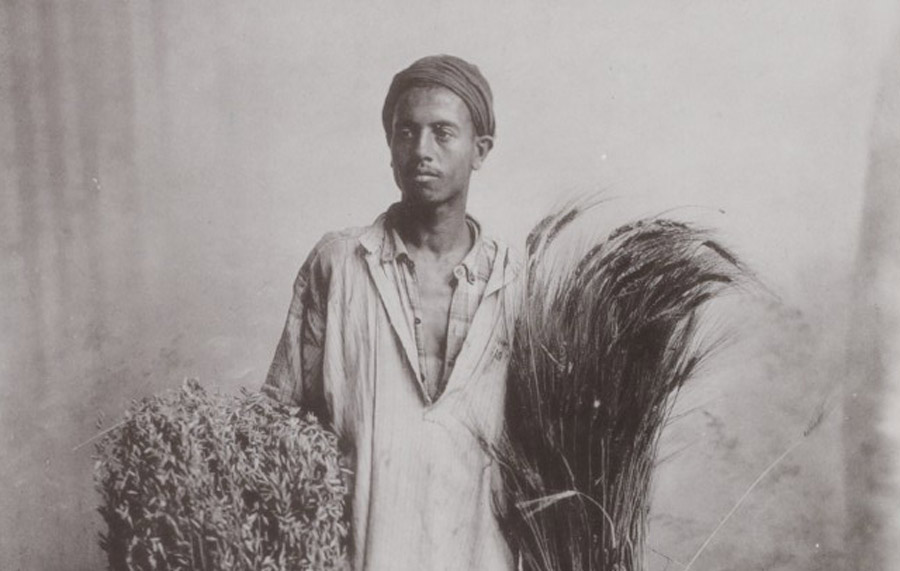 The historical imagery of Rome and Carthage are critical to the French colony’s historical narrative, which carefully selects the story to be old in order to legitimize France’s agricultural “mission civilisatrice,” or “civilizing mission,” in Tunisia.

In French colonial writings, Roman Tunisia and Carthage are portrayed as a fertile setting where agriculture brought prosperity. Robert Wastelier, Charles Géniaux and many other French colonists offered detailed ecological descriptions of Tunisia, to which they often referred as “the granary of Rome.”

In a report written in 1903 by Robert Wastelier and published in Lille under the title “Etude sur la colonisation en Tunisie,” we read the following passage:

No doubt, the French colonial narrative places all the blame on Tunisia’s “uncivilized Arabs and Berbers” for leaving behind the glory of Carthage and Rome. This narrative depicts the role of the French as a mere restoration mission of a forgotten legacy in Tunisia. 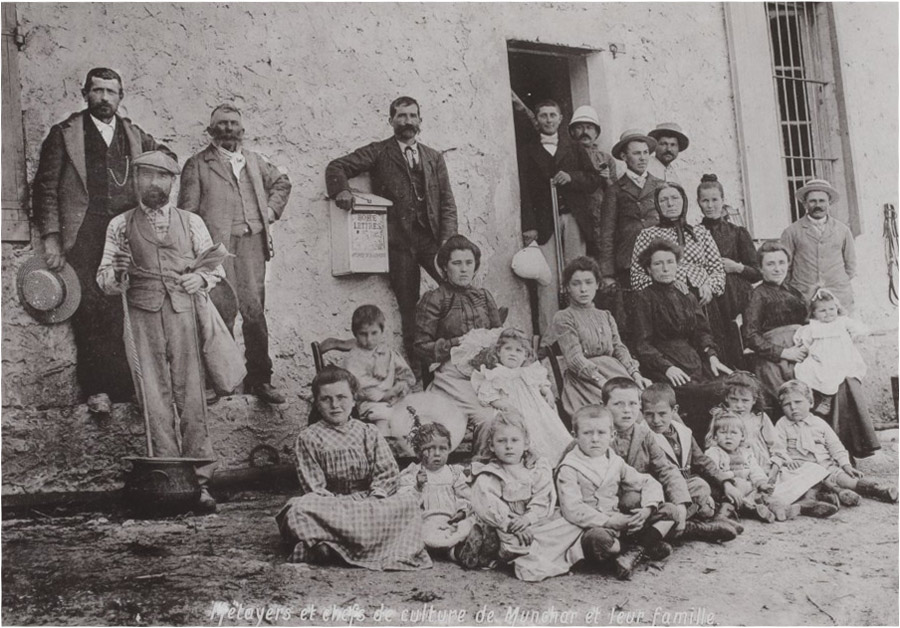 The theory and practice of agricultural colonialism

To expand the colonial dynamics in agriculture, French colonists studied Tunisia’s ecology of farming and environment and later on institutionalized agricultural colonialism.

According to some French colonists, colonialism was a vocation. Among those who held such a view was Charles Géniaux, an author who settled in Tunisia and wrote a ‘colonial manual’ entitled “Comment on devient Colon.” In his pamphlet, published in Paris in 1908, he asserts that colonialism is a “difficult vocation” and that a colonist has to have extensive knowledge of the colony:

Géniaux shares an anecdote to draw attention to the importance of knowing the colony before moving to it.

The writer met a Frenchman who was planning to move to Tunisia or Algeria to invest in agricultural activities like other colonists. He asked the man if he knew the agricultural sectors and regions of those colonies but the latter appeared ignorant. He humorously ended the conversation saying that he would become a cowboy there and it would be fun!

After such observations and encounters, Géniaux decided to take on the task of informing his compatriots about Tunisia through “Comment on devient Colon.”

Apparently, Charles Géniaux believed in the dictum “knowledge is power.” For him, a colonist’s knowledge of Tunisia would set the ground for a better exploitation of resources and fertile lands of the “granary of Rome.” In his pamphlet, he looks at different aspects of Tunisia’s agriculture, the ecology of farming, and the labor force that French masters would later exploit.

Both Charles Géniaux and Robert Wastelier offered a detailed description of Tunisia’s agricultural regions and climates. Théier efforts aimed both to inform the French colonists about a new land of colonial opportunities and to encourage them to populate it. This would ensure that the French outnumber the Italians who were already engaged in agricultural activities in Tunisia.

Géniaux mentions several regions and their agricultural hallmarks. He informs his compatriots that inhabitants of Sfax are specialized in olive cultivation, and that Béja’s residents have fertile wheat fields. He advises his fellow colonists to visit La Mornagia and L’oued Zarga where there was an association of French colonists, L’association des colons français de la Mornagia.

Likewise, reports sent in the 1880’s from explorer Henri Duveyrier to Paul Cambon, then Resident-General in Tunisia, portray the country as the best place for colonists to recreate the French habitat. For Duveyrier, the north of Tunisia and its coastal regions are “better than the southern regions of Europe.”

Lastly, Wastelier reminds French agricultural colonists of the natural resources that will be at their disposal once they arrive in “the granary of Rome”:

Along with the theoretical aspects of French agricultural colonialism in Tunisia, there was an institutional aspect at play. To concretize their ambitions, French colonists established several agricultural schools with the aim of producing well trained French colonists who would later exploit the colony’s natural resources.

The schools were established in Metropolitan France and its colonies. In the 12th issue of the periodical “La Dépêche Coloniale,” published in 1909, we read a lengthy article on the technologies, laboratories, and agricultural techniques used in what the French called the “Jardin colonial,” literally the “Colonial Garden.” 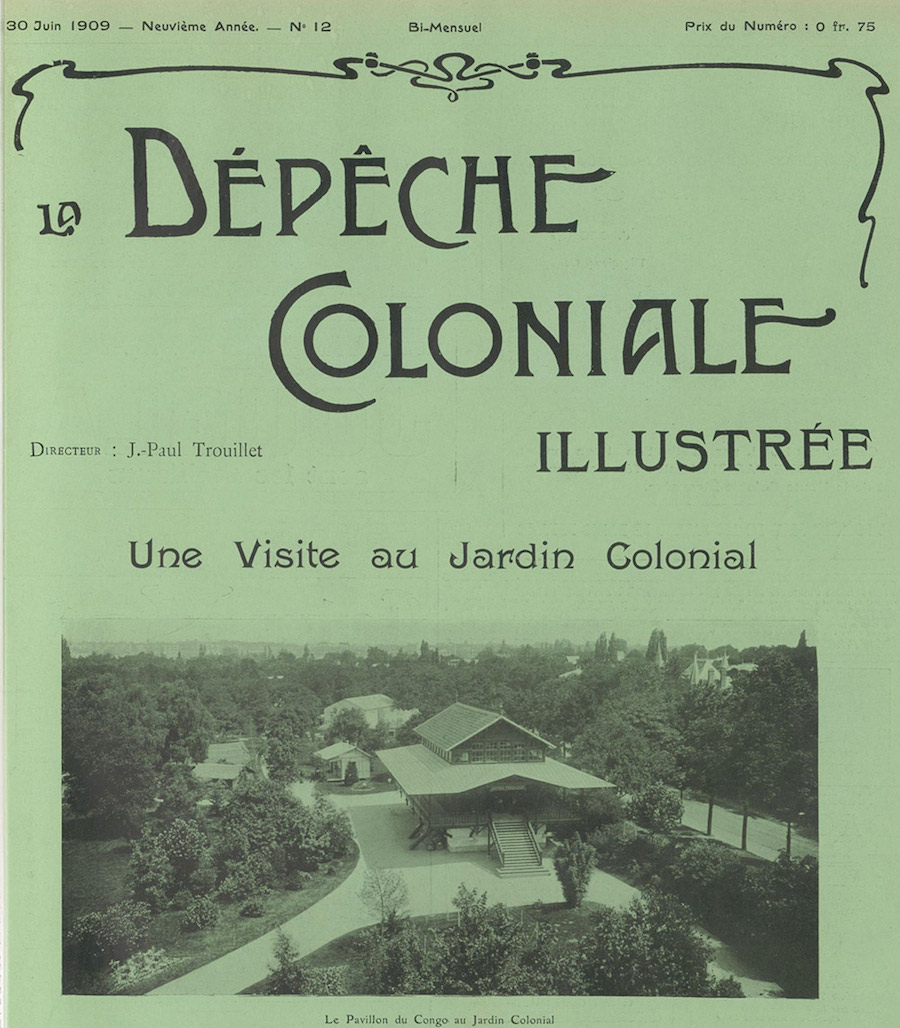 In 1898, the French established L’école coloniale d’agriculture de Tunis among other colonial agricultural institutions and associations. The school opened its doors to French students from Metropolitan France where other colonial institutions, such as L’école supérieure d’agriculture coloniale, were established.
French students were offered the chance to continue their training in colonial schools outside Metropolitan France where they received theoretical and practical agricultural education. The aim of this training was to prepare, in Géniaux’s words, “des colons agriculteurs,” or agricultural colonists:

The arrival of French colonial farmers changed the nature of agricultural production in Tunisia. For example, viticulture gained momentum beginning in 1886 and according to some sources, reached, 2000 hectares that same year. By 1956, 25.000 hectares of Tunisian fertile lands were devoted to viticulture.

Viticulture boosted France’s wine production and was accompanied by the deterioration of living standards of Tunisian farmers. The “khammes” who were working for the French, were exhausted by their masters’ taxes and the new agricultural policies. They lived in gourbis (stick shacks) and received “some seeds and capital.” 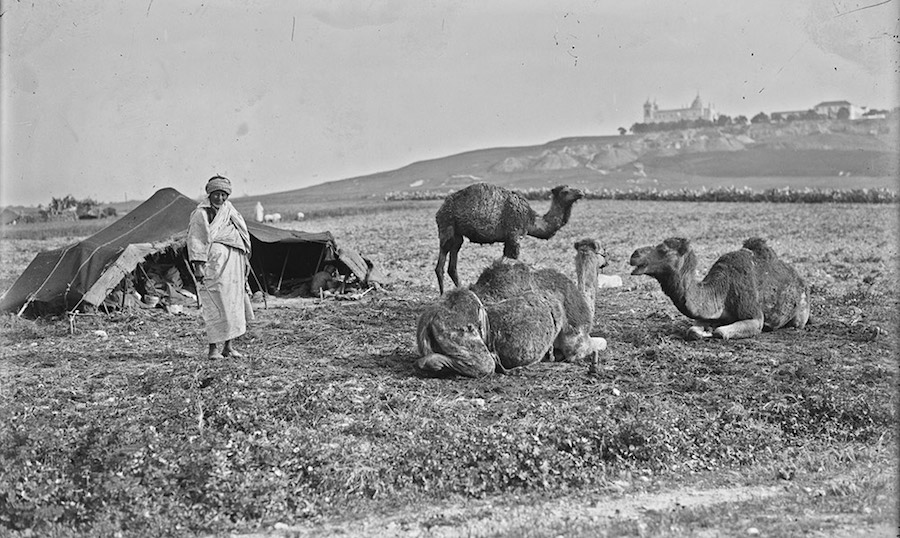 This, however, was not enough to modernize or improve Tunisian farmers’ agricultural techniques and equipment. Thus, small farmers did not in fact have access to genuine agricultural credits as pointed out by Lisa Anderson.

Currently, some regions and agricultural sectors in Tunisia are structurally affected by the colonial past. This fact calls for the implementation of new agricultural strategies by policy makers.
Moreover, some current problems in the agriculture sector, such as issues relating to Jemna’s oases, suggest that the independent state has failed to manage former colonial territories in some parts of the country.