Broad-faced, imposing Qsar Essaïd in Tunis was the palace Sadok Bey, one of Tunisia’s many rulers under the Ottoman Empire. It was here where Sadok Bey adopted Qanoun Eddawla, the country’s first constitution. Two decades later, he signed the Treaty of Bardo, marking the beginning of the French protectorate. Today, sixty years after independence and six years after the revolution, Qsar Essaïd has been opened to the public with “The Awakening of a Nation,” an exhibition on a period of Tunisia’s history (1837-1881) that contemporary regimes preferred to forget.

Tunis, between compliance and autonomy

From 1574 until 1881, Tunisia was recency of the Ottoman Empire, governed by a series of beys serving as intermediaries between Tunis and Istanbul. Early in the nineteenth century, under pressure of shifting trade relations in the Mediterranean and military defeats, the Empire hurried to push through a series of reforms, called tanzimat. Under political pressure from above and economic pressures within, Tunisia’s successive beys adapted a movement of reforms which wavered between compliance with imperial projects and the adoption of innovative measures that sought to affirm the country’s autonomy1.

While Hussein Bey (1824-1835) and Mustapha Bey (1835-1837) had begun military reforms with the creation and strengthening of a new regular army, it is the long reign of Ahmad Bey, 1837 to 1855, that is associated with the most audacious initiatives of the time. Like his predecessors, Ahmad Bey devotes himself to building up the army. In 1840, he establishes a military school in Bardo where European and Tunisian instructors are in charge of training and education, including courses in math, history, French and Arabic. Throughout his reign, Ahmad Bey maintains official correspondence in Arabic (as opposed to Turkish), and refuses to pay the annual tribute to Istanbul, under pretext of the high cost of maintaining the army. In 1842, Ahmad Bey declares anyone born in the regency is a free person and in 1846 mandates the definitive abolition of slavery. The same year, he is the first bey to venture overseas where, in Paris, he seeks the favor of King Louis-Philippe. He returns to Tunis without the desired support from the West and, having jeopardized his relations with the Sultan, endeavors to implement reforms favorable to the Empire.

After the reign of Ahmad Bey, Muhammad Bey (1855-1859) establishes a more traditional form of governance—politics are conducted outside the public sphere—but continues to pursue the trajectory of reforms. Perhaps the most consequential of these is brought about by the execution of Batou Sfez, a Tunisian Jew sentenced to hanging for blasphemy against Islam. The execution is condemned by dignitaries in Tunis and abroad, and by French diplomats in particular under who compel the bey to adopt a text which guarantees the protection of individual liberties. The charter, called Ahd Al Aman, draws from the Ottoman tanzimat as well as European constitutions. 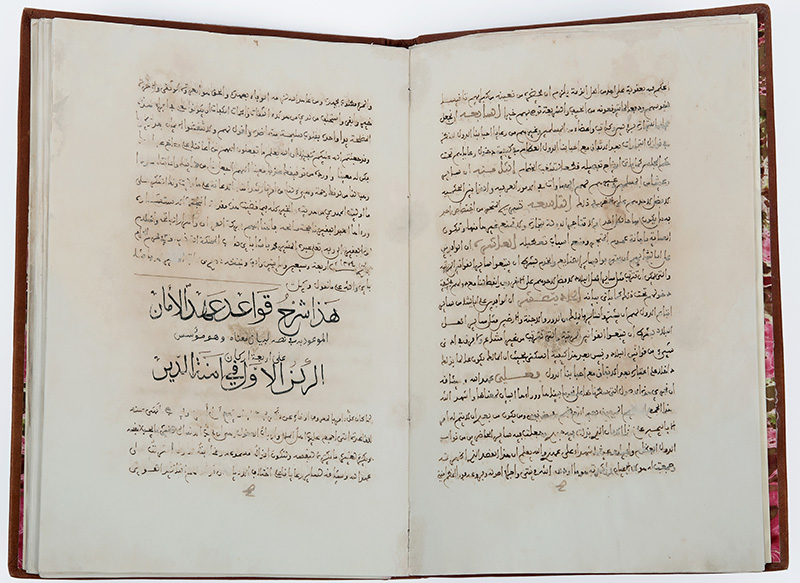 Following the death of Muhammad Bey in 1859, his brother and successor Sadok Bey pledges to uphold the principles laid out in Ahd Al Aman and to continue the reforms movement commenced by his predecessors. In 1861 he adopts Qanoun Eddawla, the country’s first constitution, and, in his Bardo palace on 12 may 1881, signs the treaty which establishes the French protectorate that lasts the next 75 years.

Though some consider with disdain any glorified representation of the three centuries of Ottoman occupation, commonly referred to as the “period of the beys,” curator and art historian Ridha Moumni points out that the idea behind “The Awakening of a Nation” was not to “make over” history, but to make history accessible. For Moumni, who works with the Rambourg Foundation and the Ministry of Culture’s National Heritage Institute (Institut national du patrimoine, INP), preparing an exhibition on Tunisia’s 19th century reforms movement meant unearthing and dusting off the treasures of that time: setting, objects, and texts which the “selective memory” of successive regimes and “collective indifference” had kept hidden away for so many years.

We didn’t reinvent history, we spoke about it as it is, and after people take from it exactly what they want. The objective is to nourish with the past, with works of art, that people discover a place of memory, objects of memory—because people need landmarks to be in touch with the past, because this is all a part of collective memory. 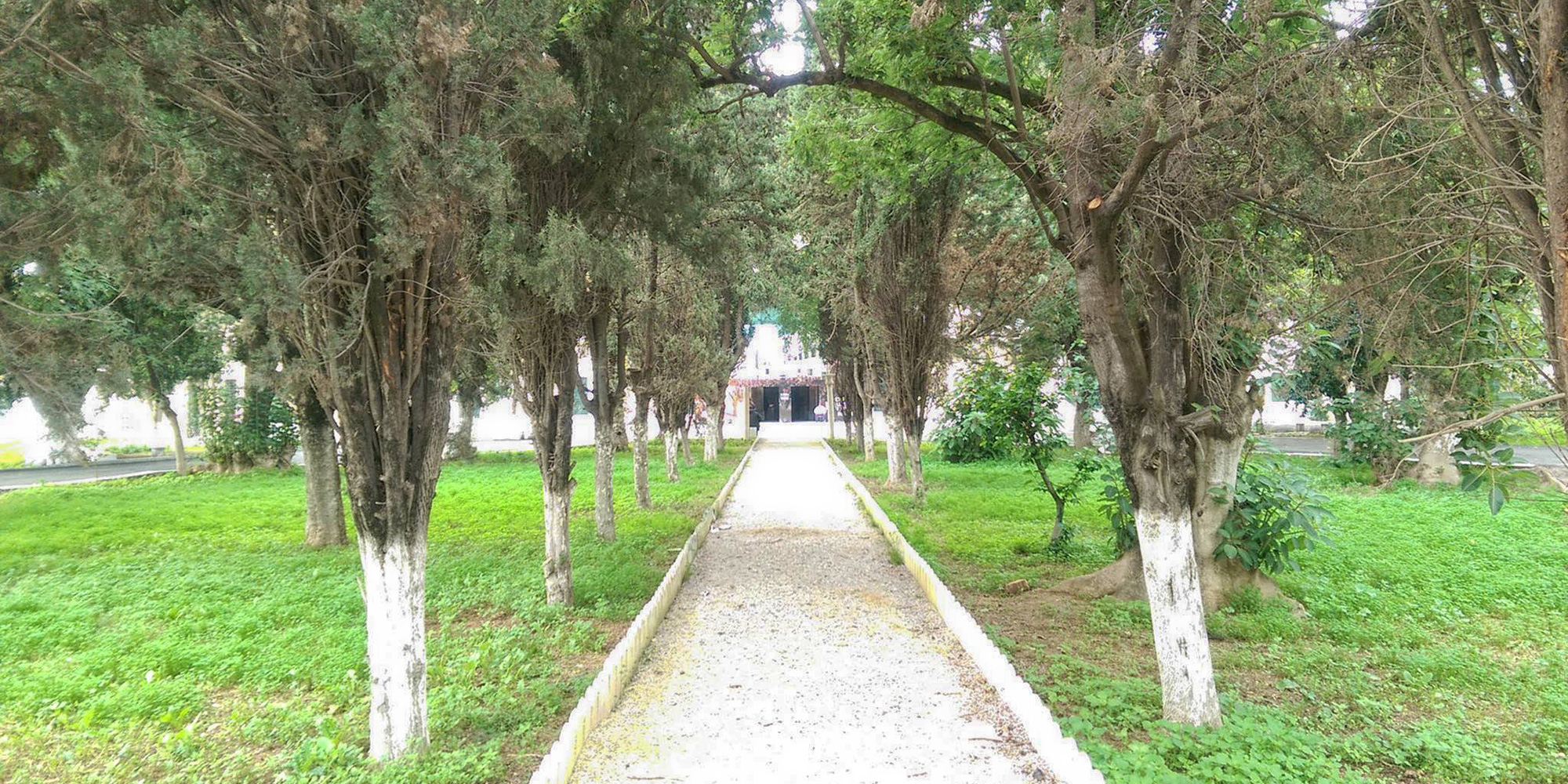 Sitting on a bench outside Qsar Essaid, Moumni faces the garden and tree-lined pathway where a school group, having just emerged from the palace, is marching off towards the main gate. The vast building and eleven months of work behind him, Moumni recalls how the process began. A finance law adopted in 2014 which encouraged the “implication of the private sector in the financing, protection, and custodianship of cultural sites and assets” set the stage for new cultural projects. With the ultimate goal of creating a museum at Qsar Essaïd, the Rambourg Foundation came up with a proposal to restore the palace and its works of art, but also to provide training for their conservation. Having submitted the proposal in October 2015, the Foundation was astonished to receive a reply only several months later from the National Heritage Institute, who accepted the offer and agreed to a four-year partnership to carry out the work.

Administrative procedures in Tunisia are notoriously convoluted and tedious, and Moumni, blinking in apparent incredulity, points out that building renovation and the restoration of historical works were accomplished in less than a year. He confirms that having State support through the INP facilitated the process. This was especially true for the negotiation of contracts with lending institutions such as the National Archives, the Military Museum, and Djerba’s Lalla Hadria Museum. The fruit born of these negotiations is a stunning collection of 19th century costumes, jewel-encrusted medals, bayonets, intricately decorated horse saddles, portraits of beys and diplomats, and meticulous official documents, including Qanoun Eddawla, the country’s first constitution. The idea, Moumni explains, was to assemble an array of pieces that could bring history to life for a broad public, especially children. Since the exhibition opened late November, it has indeed drawn individuals and school groups from the north to the south of the country.

Within the span of a few minutes, the range of visitors’ impressions and responses is evident. As Moumni begins to talk about plans for a permanent museum, he is cut off mid-sentence by a white-haired man in broad-rim glasses who has just wandered out from the building. His smile appears friendly, so his manner is unexpectedly abrupt, almost defiant: “A lot of improvement to be made,” he comments. Moumni politely agrees, though the man hardly seems to notice, and continues: “The explanations are lacking,” he says, referring to the information panels which accompany objects and texts. As the man leaves Moumni thanks him and, in almost the same breath, greets a woman who has stopped along her way. She too has just come from the palace. “I swear I felt like I was in the Louvre,” she says with a smile. “I studied fine arts, and some of my work had to do with the Bardo museum… but never would I have imagined this….”