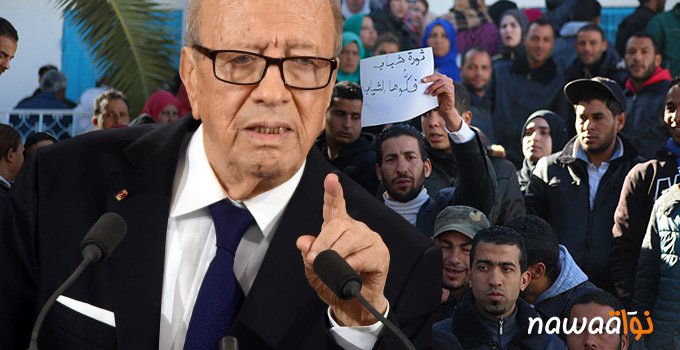 Two collections of essays published in June and July cover a range of lesser-explored themes and propose alternative perspectives to those often presented in the media about the Arab uprisings. Sada-Carnegie’s The Middle East Unbalanced emphasizes the “distinct circumstances and trajectories” of different countries following protests in 2011. From Mobilization to Counter-Revolution by POMEPS focuses on the “new regional politics generated by authoritarian reconstruction.” With a distinctively global, historical view of revolutionary and democratic processes, both collections indicate that it is yet early to draw conclusions about the successes and failures of political shifts that commenced but five years ago.

For Tunisia, these reflections are especially pertinent now as the country’s leadership decides the constituents of a new “unity government” proposed by President Essebsi in June.

Introducing the selection of works that constitute From Mobilization and Counter-revolution, POMEPS director Marc Lynch proposes an analysis that takes into consideration uprisings and revolutions of the past. “It is all too common,” he observes, “to see the reversals of the gains by popular uprising,” and adds that “Real political change always faces resistance from powerful social and political forces which benefited from the previous order.” Lynch argues that it is early to judge the outcomes of revolutions in light of enduring frustrations and grievances, and that drawing premature conclusions serves to “normalize the new order.”

“Most new democracies fail, writes Charles Kurzman in his essay on Waves of Democratization, Waves of Disillusionment. It is often assumed, the author explains, that political change will follow social change. And yet history’s numerous failed democracies—Iran, Turkey, Azerbaijan, Egypt, Kuwait to name a few—reveals a discrepancy between “slow-moving socio-economic factors and the rapid ricochets of democratic trajectories.” Alluding to dozens of examples of democratic reversals, Kurzman concludes in the case of the Arab Spring that “It is imprudent to try to tame these events in a net of causal explanation before they are done thrashing.”

In Arab Transitions and the Old Elite, Ellis Goldberg moves away from common narratives which cast revolutionaries, youth, and Islamists as the main actors of democratization, and underlines the pivotal role of the old elite in revolutionary outcomes. Indeed, according to Goldberg, “Democratization succeeded in Tunisia because the old elite was neither excluded nor subjected to the threat of political or administrative marginalization.” He recounts the political career of Beji Caid Essebsi, who occupied key positions in both Bourguiba and Ben Ali regimes, and subsequently became the country’s first post-revolution prime minister in 2011. Noting Essebsi’s decision to exclude former RCD party members from parliamentary elections and his designation of human rights activist Kamel Jendoubi to head the Independent High Authority for Elections (ISIE), the author indicates that “it was Essebsi and a number of politicians from the old regime as well as some of their long-standing opponents who bore the responsibility for shaping a democratic outcome in Tunisia.”

Between democracy and police state

These ideas are fleshed out in Fadil Aliriza’s piece for the Sada-Carnegie collection, where he examines Tunisia’s political transition as an oscillation “between democracy and police state.” Explaining how “optimistic conclusions have distracted from the tensions that fueled the uprising and continue to shape Tunisian politics,” Aliriza reframes traditional narratives which convey the country’s “exceptional” political trajectory and “successful” democratic experiment. He shows instead how the political dynamic is charged by two competing political systems, democracy and police state, and argues furthermore how “Tunisia’s international plaudits have contributed to the impression that democracy is winning when the opposite may be true.” 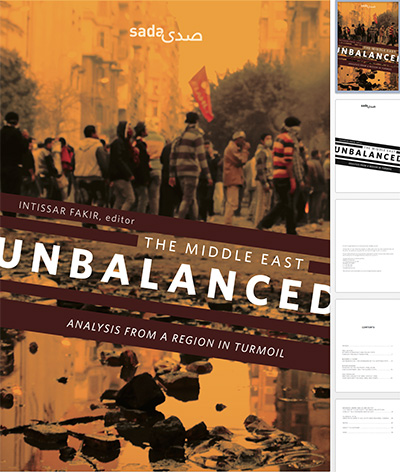 “After any radical political upheaval,” he generalizes, “remnants of the old order will never be completely obliterated but will adapt to, coopt, and resist the new politics…” Tunisia’s cast of characters in this context, once members of Ben Ali’s ruling party, are now politicians in the leading Nidaa Tounes party as well as businessmen, media professionals, and security officials. Under pretext of preserving national security and stability in the face of the constant threat of terrorism, these individuals make up the driving force behind a “counter-revolutionary project” to block democratic reforms and “sustain or revive elements of the police state.”

Taking stock of the past five years, Aliriza identifies some of the old habits and reflexes of a single-party system. These include the politics of consensus that have been played out between Nidaa Tounes and Ennahda; the ambiguous separation of powers in the new constitution and in practice, where both parliament and presidency are dominated by Nidaa Tounes; a lack of parliamentary debate on key issues and legislation, particularly the anti-terrorism law, banking system reform, and economic reconciliation. Overarching these tendencies are the enduring reflexes of a police state, which resists political and public opposition through slander (accusing opponents of terrorist affiliations) and police violence (crackdown on labor strikes and social movements).

Forming a “unity government,” or edging back towards single-party politics?

Pointing out that the needs and demands which incited uprisings nearly five years back remain unmet, Marc Lynch concludes:

How those grievances present themselves in the near future will be shaped by the political, institutional, economic, and rhetorical choices now being made by the region’s resurgent autocrats.*

These observations concerning past experiences of revolution, enduring elites, and democratic reversals are particularly resonant as Tunisia’s leadership decides this month who will occupy the key positions of a new “unity government.” In preparation for a decisive vote in parliament on September 3, Prime Minister Youssef Chahed is meeting with representatives of political parties and organizations (UGTT, UTICA) to negotiate candidates for ministerial positions. Since Essebsi appointed Nidaa Tounes member and distant relative Chahed to head the new government, politicians, analysts, and other observers have voiced concerns that such partisanship is contradictory to the notion of a true coalition government, and portends instead a consolidation of power for the ruling party.