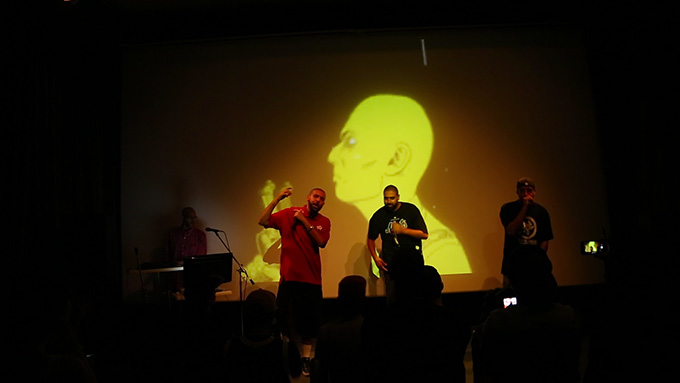 For its 52nd annual production, the Carthage International Festival diverged from its regular programming and held an “Urban Session” at L’Agora in La Marsa. While today’s program offers an eclectic program of musical acts and theatrical performances, early editions of the festival showcased mostly jazz music, with legends such as Louis Armstrong, Dizzy Gillespie, and Count Basie as past headliners. Providing a Tunisian audience an opportunity to discover and experience jazz music in the 1960’s has instilled a theme throughout the festival’s history : to allow new and meaningful art to take center stage in Tunisia. 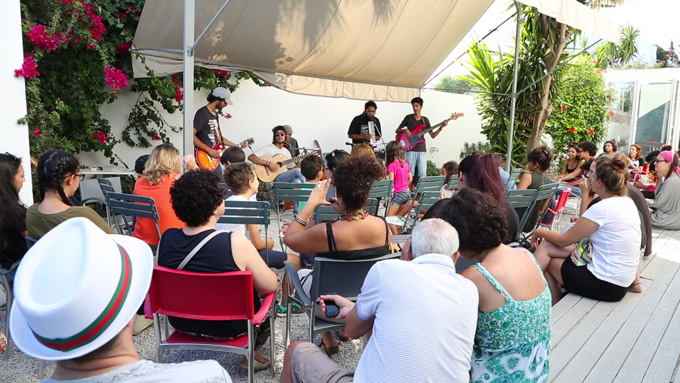 One of, if not the largest summer festival in Tunisia, a diverse audience with spectators both young and old from various neighborhoods in the Grand Tunis area came to attend the multi-talent event. With a full house, the intimately small venue of L’Agora allowed the audience to interact and engage with performers, allowing lively Q&A sessions following each performance.

To start the event, street musician group “El Fan Sle7” (literally in Arabic “Art is a Weapon”) aka “Art is Freedom” played a live music set in the courtyard of L’Agora, as not to corrupt their artistic nature in the streets of Tunis. However, their art does not come without a story of tribulation and resistance. In April of this year, the group had been stopped by police and were told that playing music in the streets is forbidden to those who do not carry a proper license.

Street music was followed by “Afro Eagle Samurai Crew” from Art Solution. An engaging and interactive break dance, their interpretive popping routine had some not-so-subtle social commentary eluding to the use and criminalization of cannabis. Art Solution will be performing at Hammamet Urban Days August 8th – 11th. 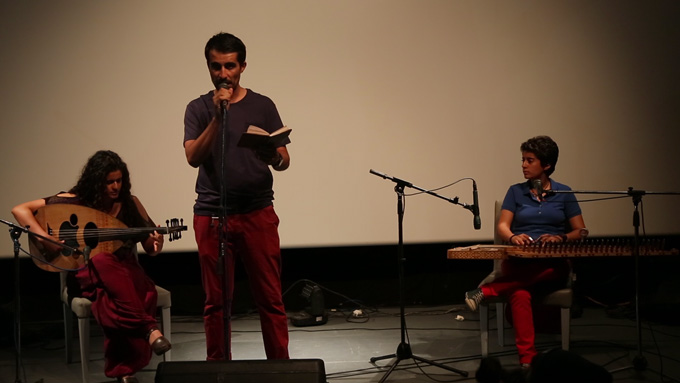 The program moved from the “street” atmosphere into the small cinema for a nearly 2-hour program of SLAM poetry and cinema shorts.  For the finale, Tunisian hip hop collective, El Banda gave a high-energy performance – but only after giving a staged “protest” before starting their set.

Since its early beginnings in the 1990’s and 2000’s hip hop music and urban culture has been gaining popularity in Tunisia. Yet despite this and the vast amount of talent the nation offers the global hip hop scene, there is a lack of official events and venues to support lesser known artists. Only “mainstream” Tunisian artists have been showcased in the Festival’s past programs such as Kafon and Balti and even more have flown in from France. For instance, MC Solaar, IAM, and this year – Maître Gims. When asked about Urban Session’s goals, event organizer Kerim Bouzouita told Nawaat,

“Hip Hop and urban culture has been popular for some time, but there is a large gap when it comes to official programming and events. Its not that it doesn’t exist at all, but it is still quite marginal. With this Urban Session we’re trying to counteract and compensate for this gap.” 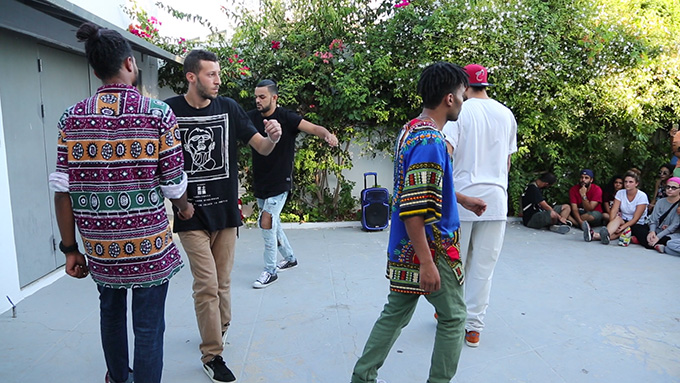 Seeing how quickly the scene has grown into a popular genre, the Carthage International Festival’s Urban Session is a step to close the gap between supply and demand, while placing Tunisia on the map as a place where urban art and hip hop flourishes.

Art and political culture are uniquely inseparable, as has been seen historically in jazz music and in urban street art today. In a country where the freedom of speech and self-expression was suppressed for so long, Urban Session’s performances were not lacking subversive undertones. However, the social acceptability of hip hop and urban art by the general public is far from being considered “mainstream”. One swallow doesn’t make a summer, and neither does one summer festival.