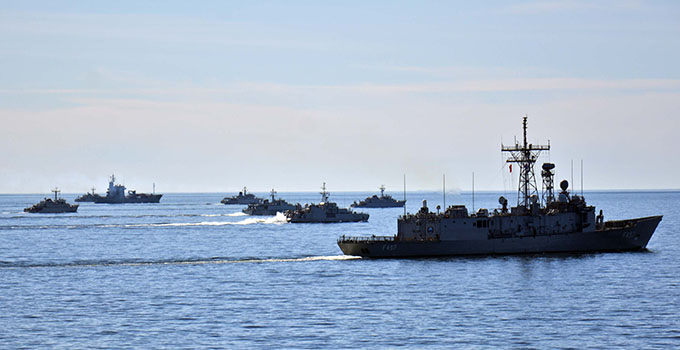 After having announced, on 9 July 2016, plans to establish an intelligence center in Tunisia, NATO revised its original declaration five days later to clarify that its role will be to advise authorities in the development of a Tunisian intelligence fusion center.

In the context of intensifying its maritime presence and international security cooperation, NATO has conveyed its intention to reinforce intelligence activities with ally and partner countries, including Tunisia. One day after NATO Secretary General Jens Stoltenberg announced “plans to establish a new intelligence “Fusion Centre’ in Tunisia,” the Tunisian Ministry of Defense, short of denying the information, pointed out on July 11 in an official statement the existence of an intelligence center run by Tunisian military personnel since 2014.

The news has circulated by way of a press release following the most recent North Atlantic Treaty Organisation (NATO) summit which took place in Warsaw July 8-9. Without elaborating details, NATO Secretary General Jens Stoltenberg and the Warsaw Summit Communiqué have conveyed the Alliance’s intention to reinforce cooperation with partnering countries in the Middle East and North Africa. For the 11 countries in this category, NATO will provide assistance “to help them modernize their defence establishments and military forces,” and promised more specifically to establish an intelligence center in Tunisia.

We have agreed, in principle … to complement and/or, upon European Union request, support, as appropriate, the EU’s Operation Sophia through the provision of a range of capabilities including intelligence, Surveillance and Reconnaissance, and logistics support; through contribution to capacity building of the Libyan coastguard and navy… Warsaw Summit Communiqué, 9 July 2016.

The maritime Operation Sophia, which was the subject of a Six Monthly Report published on Wikileaks and analyzed by Nawaat in February, reveals Europe’s military strategy in the face of irregular migration in the Mediterranean. Between June and September 2015, the European External Action Service (EEAS), deployed a personnel of 1300 into the Lampedusa Triangle (between Zouarah and Misrata in Libya and the island of Lampedusa, Italy) for the gathering of information and interception of smugglers and traffickers.

Recognizing that “Instability in the Middle East and North Africa also contributes to the refugee and migrant crisis,” and intending to “work closely with the European Union’s Operation Sophia,” NATO will launch Operation Sea Guardian of which the main objectives are “countering trafficking and terrorism, upholding freedom of navigation and contributing to regional capacity building.”

Intelligence cooperation in the works

In addition to strategic advice and assistance measures to reinforce defense capacities in Libya and Iraq and the sustained mission Resolute Support in Afghanistan, Stoltenberg announced plans for the establishment of an Intelligence Fusion Centre in Tunisia. In an official statement published 11 July 2016, the Tunisian Ministry of Defense, short of denying the information, pointed out the existence of an intelligence center run by Tunisian military personnel since 2014. The Ministry acknowledged cooperation with NATO in the domain of countering terrorism, specifically through training in the collection, analysis, and diffusion of information. This lukewarm confirmation of Stoltenberg’s remarks has resuscitated controversy around an agreement concerning an American military base in Tunisia, leaked by Nawaat in March.

According to an official document from November 2015 highlighting the main points of an exchange between President Beji Caid Essebsi and Secretary of State John Kerry, Tunisian and US authorities (who had only just designated Tunisia a major non-NATO ally) discussed intentions to implement a NATO Joint Intelligence, Surveillance and Reconnaissance (JISR) system. Indeed, NATO communications following the July 9 Warsaw Summit have brought to light what has been in the works and negotiated behind closed doors over the past couple of years.