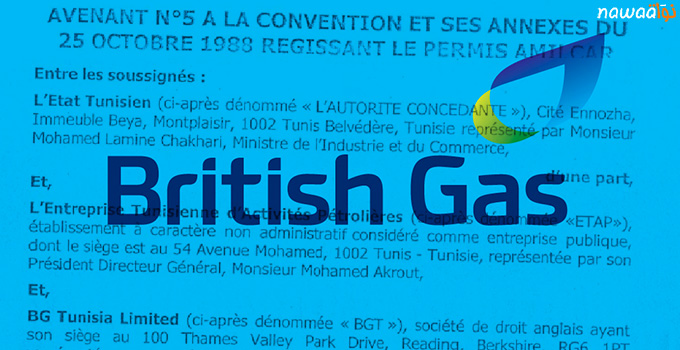 Nearly all were present the morning of June 14th: executives from the Ministry of Energy and Mining, directors of the Tunisian Company of Petroleum Activities (l’Entreprise tunisienne des activités pétrolières – ETAP), representatives from extraction companies, the Prime minister’s cabinet and the Ministry of Civil Services and Anti-Corruption. All were invited to the state oil company’s headquarters for the public announcement regarding the publication of oil contracts. At around 50, the contracts as well as their amendments are now available on the designated Open Data platform.  Also featured on the site are data sets concerning the oil sector and general measures for the energy and mining sector, such as consumption and production rates and import and export figures. However is this disclosure that has been requested by civil society, a large portion of citizens, and opposing parties in parliament, a sufficient guarantee for transparency in the extractive industries sector?

The disclosed contracts on the Open Data portal notably shed light on the relations between ETAP, the State and Tunisian and foreign operators. Other equally vital actors in the energy and mining sector, however are absent or nearly so.

The first is none other than the Tunisian Company of Electricity and Gas (Société tunisienne de l’électricité et du gaz – STEG). In 2012, the Court of Auditors published a report on the natural gas sector between the years 2007-2010. In this report, the STEG is ubiquitous with infringements and various other irregularities. On the website, data.industrie.gov.tn, the Tunisian Company of Electricity and Gas is only mentioned in one document which reveals its districts and agencies networks. The STEG’s natural gas purchasing contracts from providers are not published. The Court of Auditors’ report states, “The supply of gas provisions pertaining to the fields Shargui, JebelGrouz, Shoushet Essaida, Maamoura, and Sitep, were enacted without contracts for periods ranging from five months to two years. They continued to be as such until the end of May 2012 in the fields Al Baraka, Maamoura, and  Sitep”.

More concerning is the invoicing system of Tunisian gas that the British company imposes onto STEG. According to the same Court of Auditors report, “When re-operating its plants, British Gas uses gas supplied by the Tunisian Electricity and Gas Utility on seperate periods of the year. Such operation takes place without any contractual document specifying how to deliver the gas or its price. In 2009 and 2010 the Tunisian Electricity and Gas Utility invoiced more than 10.916 TOE for British Gas under the category of gas used to exploit the Hasdrubal field for a total value of 7.863 million dinars.”

The environment going down the drain

The transparency operation organized by Monji Marzouk, Minister of Energy and Mining, is not exempt from things left unsaid, obscurities, and drawing red lines. Furthermore, the environment question is another weak point in the ministry’s communication operation.

Questionned by Nawaat in light of the the absence of studies concerning environmental impacts on the Open Data platform, Ridha Bouzouada, General Director of Energy at the Ministry of Energy and Mining, affirms that “These studies don’t concern us, they concern the environment. These are temporal and limited studies. Concerning the drilling of a well, for example, the study ends once the act of drilling has been completed.”

But the same Ridha Bouzouada gave a completely different answer to the same question during that very same conference. He affirmed that the Hydocarbons Code of 1999 requires all operators to provide studies on the environmental impact of hydrocarbon operations to both the direction staff of the Ministry’s Energy Department and the National Agency for Environmental Protection (l’Agence nationale de la protection de l’environnement – ANPE) under penalty of being banned from obtaining licenses.
This same code states in article 47 that the development plan for an exploitation concession must include, “a safety and security study relative to the protection of the personnel, the facilities, the population and the environment against fires and explosions in compliance with the relevant Tunisian legislation and in the absence of such legislation, with the generally accepted safety practices and standards in the petroleum industry.”

In an evaluation of the national hydrocarbons sector performed in 2014, the Natural Resource Governance Institute – an NGO specializing in monitoring extractive industries in more than 60 countries – found the lack of publishing “Evaluations of Environmental and Social Impact” to be regrettable. This cover up earned Tunisia a rating of 31/100 in their disclosure practices index.

It is not clear whether the environmental question suffers from primacy of economic and industrial interests or from the compartmentalization between services of the Ministry of Energy and Mining and those of the Ministry of the Environment. Yet, the publication of these documents would allow a better consecration of environmental and social rights, especially since breaches are continuously and repeatedly committed throughout the country : toxic and phosphogypsum emissions from the phosphate industry,  natural gas flaring in oil fields in the south or even an oil spill in Kerkennah.

Unlike the General direction of Energy that published oil contracts, the General Direction of Mining did not release exploration permits nor exploitation concessions. The government announced in February 2016 its willingness to adhere to the Extractive Industries Transparency Initiative (EITI). The EITI is an international organization which maintains a global standard, assessing the levels of transparency regarding countries’ oil, gas and mineral resources. In its 11th principle, the Standard states, “We believe that payments’ disclosure in a given country should involve all extractive industry companies operating in that country”.

All mining companies’ contracts, from the most publicized like Cotusal and The Gafsa Phosphates Company, to the lesser known, must therefore be posted online to the Open Data platform if the government wishes to place itself in conformity with the regulations of the EITI.