I have opened the way. I have abolished the sale of slaves and I will never give up the work of emancipation whilst a slave remains in my dominions.

Such were the words which sealed the ground-breaking decision of Ahmed Bey (1835-1855), the tenth Husaynid ruler, to abolish slavery and the slave trade circa 1846. Tunisia was officially the first country to emancipate slaves in the Arab world and before the Ottoman Empire. But the abolishment of slavery was neither sudden nor conclusive. In 1881, at the beginning of the French Protectorate, slaves were still kept as domestic servants and workers in the countryside, especially in the rural south, where provincial officials’ readiness to enforce the beylical decree differed radically from governors’ willingness in the Sahel. Slaves moved from slavery to another institution, wala’, a sort of patronage relationship which allowed former slaves to inherit the surname of their masters, sometimes adding ‘ abid or shawashin to the name. This fictitious relationship was and is epitomized by the strict prohibition of intermarriage, which is still the rule in rural southern and interior regions of the country. 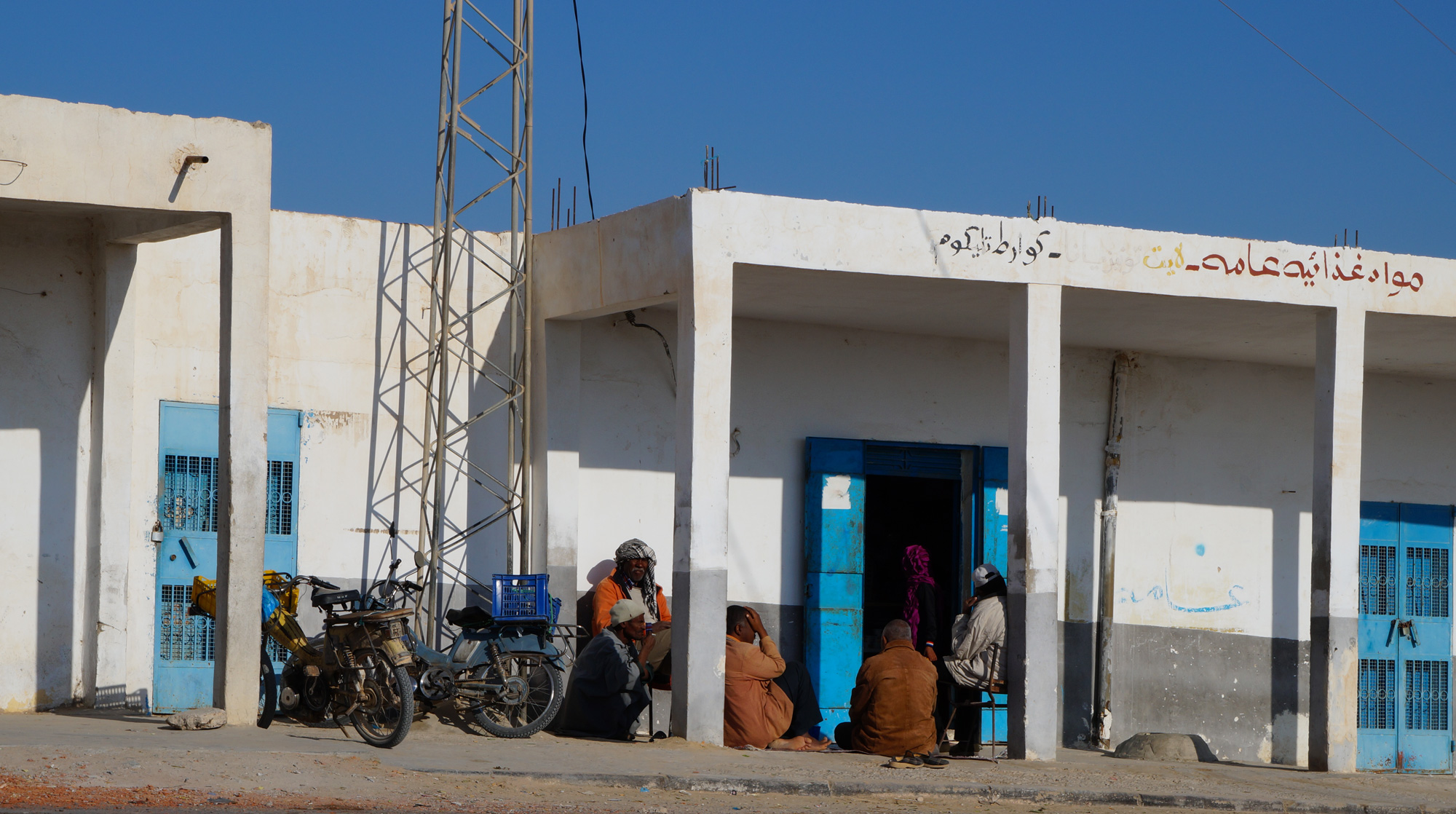 Due to the processes—associated with former Presidents Bourguiba and Ben Ali— of homogenization and forced modernization of Tunisian society, minorities were silenced and ethnic differences put aside in order to maintain the image of Tunisia as a nation where peace and stability reigned. Nonetheless, the painful reality of racism and social segregation continued covertly, and black Tunisians are still the targets of racist insults and marginalization.

In the arid semi-desert governorate of Medenine, media attention was recently drawn to a small village called Gosbah. Inhabited by a small black community, the ‘Abid Ghbonton, Gosbah lies next to another village inhabited by the white Ghbonton; the two territories are separated by a small river. Poverty and geographical marginalization are an undeniable reality, yet ‘Abid Ghbonton survive as fishermen, collecting clams on the seashores, and are also musicians. In the south, having the ‘Abid Ghbonton play Tayfa, their particular style of music, at weddings, is a sign of prestige for soon-to-marry—often white—couples.

No police, no secondary schools, no pharmacies, the 5,000 ‘Abid Ghbonton go every day to the white village, where encounters with their white counterparts shape their universe and identity. “They have everything: the best watered soil and olives”, complains Khouloud, a 40 year-old ‘Abid Ghbontya. “They do not want us to mix with them, if you walk on the street you will see blacks with blacks and whites with whites”, adds Samy, a 30 year-old blacksmith.

Although they deny it, ‘Abid Ghbonton may be the slave descendants of the Ghbonton’s slaves from whom they inherited the lineage name through the wala’. Their relationship is best exemplified by strict endogamy, which, if violated, is punishable by social exclusion in the case of the white lineages. The taboo of mixed marriages is a still difficult-to-eradicate reality in Tunisia, but things are slowly changing, even in Gosbah. Marriages between ‘Abid Ghbonton and white girls from neighboring regions, like Medenine and Tataouine, are, slowly, becoming accepted and increasingly common. “Of course my parents were not happy that I got married to an ‘Abid” says a young girl from Tataouine, “because they pay less mahar (bridewealth). But we were in love”.

However, a marriage between an ‘Abid Ghbontny and a Ghbontny is still considered scandalous. The only white Ghbontya who fled her family to marry an ‘Abid Ghbontny had committed a social suicide: her white family expulsed her from their lineage, and now she lives among the ‘Abid Ghbonton without ever visiting her family. Due to the patrilineal structure of Arab societies, children born to a black father are considered black themselves, so the mixed couple’s children were automatically affiliated with the ‘Abid Ghbonton lineage. “Living close to the whites, we wanted our children to take the bus to Sidi Makhlouf from the white part. However, white families did not accept our children”, says the father. 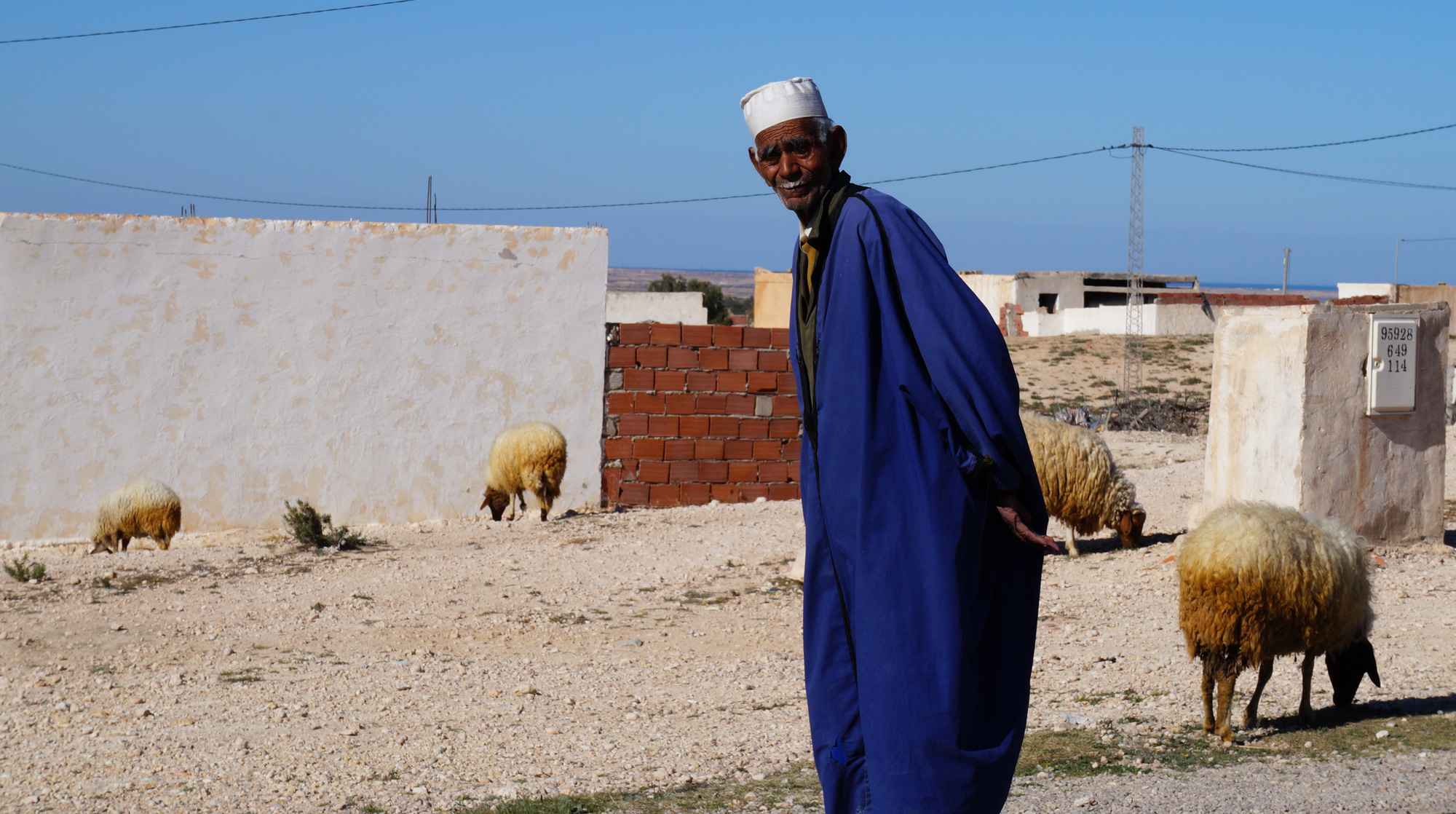 Issues around segregated buses have come up in the secondary school in Sidi Makhlouf, where black and white pupils are enrolled. Years ago, a bus picked up children from Gosbah as well as the white village, but after some incidents which took place amongst students, white families asked the public administration for another bus which would pick up only white children. The story dominated public discourse and was presented in the media as a case of apartheid.

Gosbah mayor Mr. Niri, however, rejects such a representation of his community. “That story of the buses simply does not exist. Of course there is racism, but racism is everywhere. They came asking us to sign a petition for the introduction of hate crime in Tunisian legislation. We don’t need laws, we need jobs. Poverty is the first problem”.

The depiction of the poor, separated black community shocked the Tunisian public, which has long taken for granted the country’s ethnic homogeneity. In spite of the media’s outcry against what was portrayed as apartheid, however, the division of the two communities (which is indeed rare in the country), has tribal roots and originates from a history of slavery. Therefore such racial division cannot be applied to the whole country, especially given the entrenched regionalism which divides north and south. “Tunisia ends with Sfax. That’s my point of view”, asserts Taha, a 25 year-old electrician from Gosbah.

Given undeniable geographical segregation which likely stems from the history of slavery, ‘Abid Ghbonton managed to use to its benefit their marginal position and came to occupy an economic niche, allowing the community to pursue successful emancipation strategies and creating a tight social fabric among Gosbah’s inhabitants. “We collectively pay for the education of our children. We all give a small sum per year to the community, to buy school books for the poorest children”, a 60 year-old mother of four says proudly. 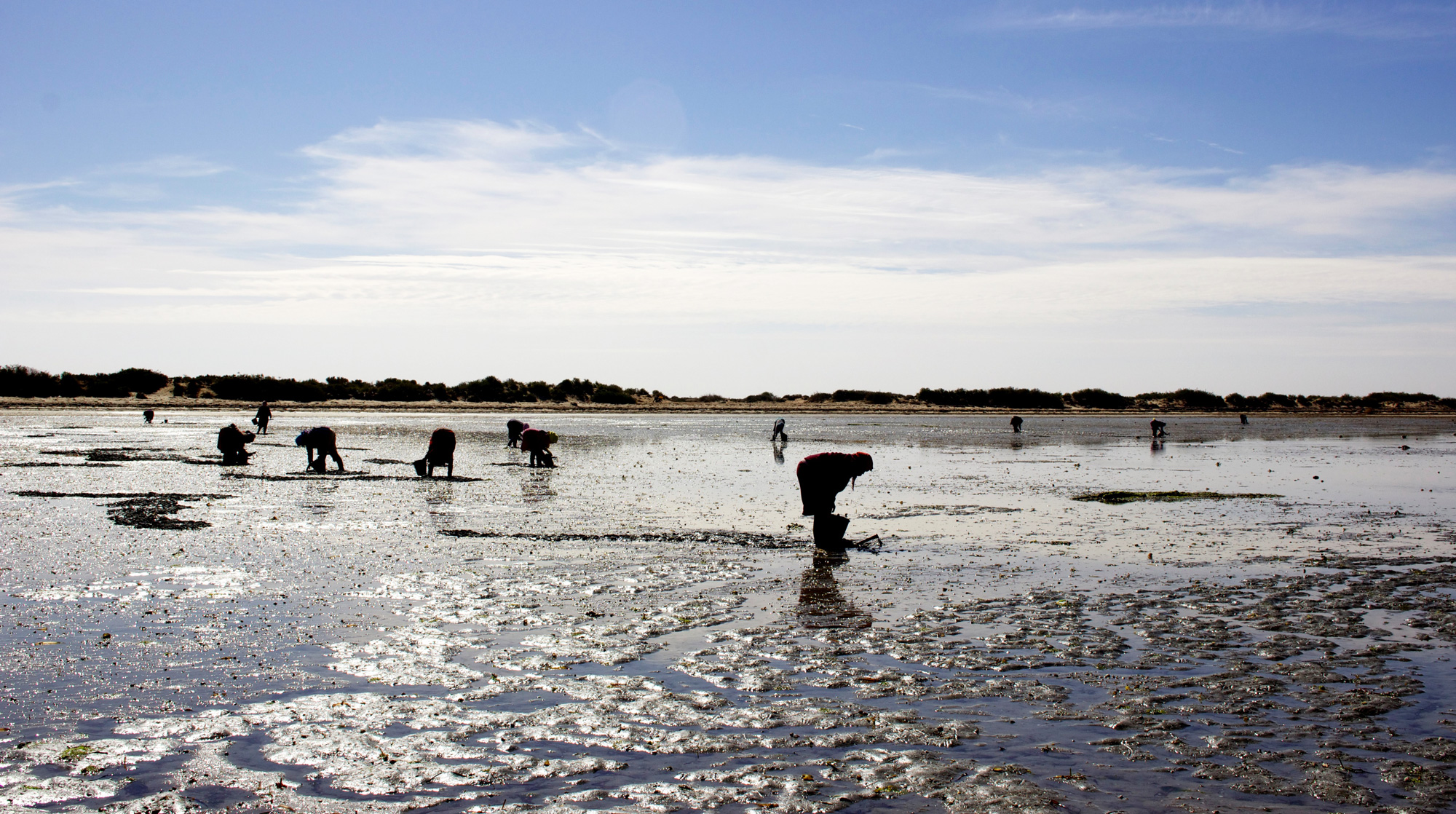 Clam harvesting, which is a prerogative of black women in the area, doubtlessly contributes to a capitalistic exploitation of labor, since clams are exported and then sold to fancy European restaurants for a much higher price than what the clam collectors receive for their harvest. And yet this is the only activity which allows women to earn a small amount of money, a personal income which can be even used as a second mahar in case of divorce. “I married too early, and my husband and I…did not understand each other. I decided to divorce, and my family was not happy. But that is what I wanted. Living alone did not scare me”, claims a 40 year-old clam collector. In addition, Tayfa has been a means of social mobility through which Tayfa musicians have gained economic and social capital. “We played everywhere. Tataouine, Sfax, Tozeur, Sousse. We played for Bourguiba and Ben Ali, and even abroad”, says one musician.

Having portrayed an impoverished and segregated community, the media has thus neglected to recognize the agency and history of Gosbah. Even if poverty and unemployment are among the greatest of younger generations’ worries, youth are attached to the community and see emigration only as a temporary option. “I love Gosbah and I want to live here”, said one young man. “Sometimes I feel that people here are more open-minded than in big cities!”