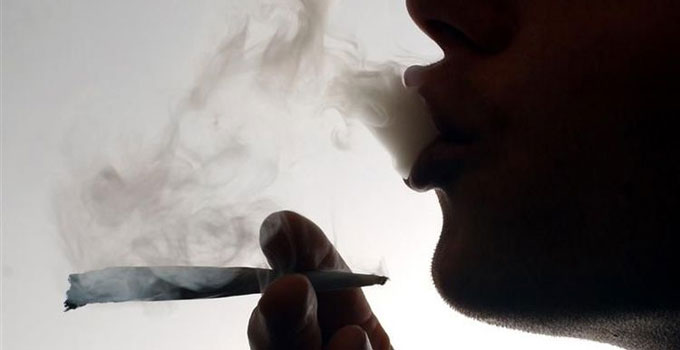 Tunisia’s reformists have been given fresh hope after the country’s Justice Minister announced plans to reform the state’s controversial drug laws.

Earlier this week Justice Minister Mohamed Saleh Bin Issa told journalists that the ministry would seek to revise the law 52 and approve the adoption of alternative sanctions.

The minister added that the decision to reform the ruling comes as a move to tackle overcrowding in the country’s prisons.

The controversial law – originally introduced by former president Zine al-Abidine Ben Ali – has seen thousands of youths and activists put behind bars for consuming or possessing even a tiny amount of cannabis – known locally as ‘zatla’.

Currently the law – known locally as ‘a year and a Vespa’ mandates a one year minimum jail sentence for anyone caught in possession of a banned substance.
The law allows for one to five years imprisonment and a fine of up to 3,000 dinars for those caught “consuming or possessing for personal consumption narcotic plants and substances, in cases not authorized by law.”

Meanwhile the statute further prescribes a prison sentence of up to three years and a maximum fine of 5,000 dinars for “anyone who deliberately frequents a place allocated and accommodated for the use of narcotics.”

The latest news follows an earlier pre-election pledge by Tunisian president Beji Caid Essebsi in which he called for softer drug laws in order to “protect the future of suspects, especially those who are still studying and under the supervision of their families.”
Despite the promise of change, veteran human rights lawyer Ghazi Mrabet has written an open letter to the minister claiming that reform alone isn’t enough. In it he says:

We will not accept only reform.
We demand that the interest of the country’s youth overrides all other concerns and that a new law that will focus on prevention is written which allows for alternatives to imprisonment in these cases.
We also ask for amnesty for all prisoners previously prosecuted for cannabis consumption under the current law 52.

The latest UN figures are testament to the law’s severity as they show that around one third of Tunisia’s 11,000 convicts were arrested for drug consumption under Law 52.

Amal Bint Nadia is a long-time campaigner with the group Al-Sajin 52 (Prisoner 52), a group committed to quashing the controversial law:

Essebsi said that this law is repressive but we can’t forget that he was elected March 14, 1990 as President of the Chamber of Deputies and he remained an MP until the 1994 elections.
In other words, he was involved in making laws, including Law 52, which governs the use of cannabis, she said.

Her skepticism about the changes was echoed by Mrabet who added:

I hope that Essebsi can in theory show us real reform and change the law.
But until then I shall remain a skeptic.

Law 52 has seen a number of high profile cases in recent years including that of pro-revolution hip hop artist Ahmed ‘Kafon’ Laabidi who was sentenced to a year behind bars in prison after he was caught with a small amount of the drug.
‘Kafon’ was seen by many as a leading voice of the 2011 revolution and his Youtube hit ‘Houmani’ gathered worldwide acclaim in its criticism of the Tunisian government.

His incarceration sparked protests both on the street and online as Tunisians took to social media to voice their anger at the decision. He was sentenced to one year in prison and served nine months before being released on parole.

Many pro-reform activists also claim that Law 52 is regularly abused by police, just as in the days of the old regime, to imprison political activists or those who dare to speak out against the ruling regime.

On 12 May last year Tunisian blogger and human rights activist Azyz Amami, was arrested for marijuana possession along with a photographer on the outskirts of Tunis.
Amami denied he had drugs in his possession and claimed that he was the victim of a police setup ﻿after he launched a campaign in support of young people who were arrested and tried for burning police stations during the revolution.
The First Instance Tribunal of Tunis delivered a ‘non-lieu’ verdict and Amami was released following a court appearance in which he strongly criticized the police.
He told the court: “I had nothing. I was arrested and assaulted “  During the hearing a magistrate asked him if he accused the police of planting cannabis on him, to which the accused replied “yes, sir.”
Controversial documentary maker and activist Abdullah Yahya was also arrested under Law 52.
Police raided the home of Yahya’s friend Nejib Abidi as he prepared to release his latest film criticizing the ruling government and seized a number of hard discs found on the premises.
﻿Yahya along with activists Slim Abida, Mahmoud Ayed, Skander Ben Abid were jailed for one year under Law 52 after police claimed that the men were found in possession of cannabis.
The men strongly deny the claims.
Their detention sparked fury from local activists and international condemnation from rights groups including Reporters Without Borders.
Law 52 has sparked such a high level of controversy over the years that group such as Al-Sajin 52 have seen their numbers swell from a handful of hardcore activists to membership figures in the thousands.
Group member Bint Nadia, a 25-year-old from Tunis, believes that the law’s injustice has been a key reason behind the public outcry.

The law represents disproportionate punishment, it supposedly turn people away from drug use but instead it only destroys lives without attacking the roots of the problem,she says.

Her views echo those of Mr Mrabet, who previously represented Azyz Amami and Ahmad ‘Kafon’ Laabidi in court.

The system is ruining lives because under the current law it is impossible for judges to use mitigation in order to give an offender a non custodial sentence regardless of the minor nature of the offense.
I believe that this is wrong and is the cause of much difficulty for young people when there is no need for such harsh penalties.

Mr Mrabet knows more than most about the human cost of the controversial law.

In many cases the parents are unaware that their child has been using zalta, so when their son is arrested it comes as a huge shock.

They come to me and they are unsure what to do – their lives have been turned upside down.
Unfortunate – as a man of the law, I can only act within the law. he added.

Unsurprisingly few former prisoners are willing to speak about their ordeal following release.
Meanwhile the latest government promises look set to ignite debate over whether the consumption of cannabis could be decriminalized or even legalized in the coming months and years.

Ms Bint Nadia believes that the latest announcements could signal a positive change in
Tunisian society.

I do not seek to encourage the consumption of drugs or find excuses to justify it. However, I think it would be much more appropriate to set up controlled usage rather than an outright ban. If we talk about the therapeutic use of cannabis, we can not ignore that many countries are beginning to allow it. In my personal view, cannabis is like alcohol or tobacco, so why not regulate it and treat it in the same way.