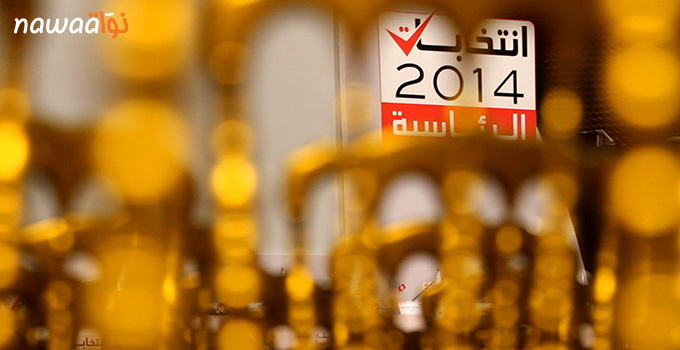 A few days after the second round of the Tunisian presidential elections, it is necessary to talk about a social nuisance to democracy: rumors.

This Sunday I endorsed the role of area observers’ supervisor, in charge of eleven voting centers and about as many national observers for the second round of the Tunisian presidential elections.

The elections went great, a few minor incidents here and there, nothing to discredit the electoral process. Just like French radio journalist Anthony Bellanger said on RFI this Monday – the Tunisian elections couldn’t be more boring to comment, just like Swiss elections.

However throughout the day I kept receiving phone calls warning me about vote buying, influence on electors and so on and so forth. Each time I jumped in the car and drove as fast as I could in order to witness the electoral infringements and write my report on the situation. Then I was disappointed. Nothing. No cash sent in the air, no calls to vote for a specific candidate, no gathering, no goodies, no posters. Nothing.

At one point I was about to ‘catch’ a suspicious car that kept coming back and forth to one polling center. Then I found out that the police car had broken down, and they rented one in order to provide food and drinks to the officers and soldiers posted in front of the polling center through the day. Disappointed again.

I was then told that people were buying votes at a market downtown, in the medina (the old Arab town), so I went to that market right away. The place was packed, men shouting prices, negotiating… about fish and parsley. I started investigating, talking to the chapatti guy, the fishermen and the man who sold carrots as well as the parking guard. ‘Any campaigning here?’ ‘No’ was the only answer. Except perhaps for the parking lot guard ‘If they would give me one billion I would still vote for the candidate I chose, elli fel galb fel galb’.* A spark of hope here: this was a parking lot guard, not a wealthy person using a form of speech, he truly believed in the value of his right to vote, and it was not for sale.

After the results of the elections were officially released on Monday, another rumor spread. ‘They’ had the dead voting. No investigation was supporting this information, and no one cared on looking for material proof. Even after proof was released about the age of the suspicious ID cards holders (the oldest person is actually younger than the new president) people did not want to believe it, called for scandal and lies, and were rather supporting the rumor version of the story. A version built on nothing but words. Where does this behavior come from? It is neither logical nor rational.

I am not going to relate here all the rumors that were heard about the elections, but there are many. Rumors spread wrong information, discredit the electoral process and its transparency, but are also a terrible waste of time, trying to figure out true information from the fake ones. Rumor is a real disturbance to our society.

I witnessed the terrible effects rumors had during the elections. But you can witness it everywhere. The Tunisian media is another victim of rumors. I keep reading those so-called journalists writing a story they got ‘from a very trustful person that we know very well from our neighborhood’. Is that information? No investigation, no material proofs, only hearsay. Of course this is not the case for all Tunisian media, but professionalism is rather a minority.

So again, where is this coming from? There are several ingredients to this situation, years of propaganda, a media sector that has yet to improve and the lack of critical thinking.

Three years after Ben Ali left, people can express themselves freely. Everyone has something to say, whether right or wrong, true or fake. On the other hand, the years of propaganda have left a very strong mark on people’s minds, and every communication coming from the government, or a state institution – whether independent or not – is still seen on a certain level as manipulation, lies, fake information in order to control the nation. Yes, corruption still exists in Tunisia, yes, there are still terrible old habits in the state structure, but things are changing.

This is when the critical thinking part comes at play. In order to be able to separate the truth from the lies, you need to be able to question what is told. Not only bluntly reject it, but question it. This is fundamentally different. By questioning information you can test it, test its strength and weakness and eventually consider it as reliable or not. What are the sources? Who said it? What is the background of the person/institution? When was this said? What was the context? Is there material proof?

In early 2011, at the core of the protests, someone showed me an alarming video posted on social media, showing a long line of tanks entering a country. The comment under the video was saying that this was an army entering Tunisia. As I was watching the video I realized that first the language spoken by the person taking the video was not Tunisian; second, looking at the cars’ driving by, none of the license plates were Tunisian; then there was a small road sign that was not Tunisian either. It was easy to say that this video was not even taken in Tunisia. However, some people will assume that the title of the video is the true information, and will not dig for further proof. Then when contradictory proof will be given, it will be taken as a lie, a will to hide the first truth that the first document was showing.

Critical thinking was destroyed by the Tunisian educational system, leaving space for brain washing propaganda. You shall swallow what your master tells. You shall never question it. You shall never tell the master he/she is wrong. You shall suffer if you do. You shall never think for yourself, but only apply the information the master gave you. If ever a student dared to correct a teacher, this student would become the black sheep of the class. This started first at school, and is now applicable in every parts of the society. When there is a rule, no one questions the very reason of the rule and its spirit. ‘You are not allowed to sit here’ – I would ask why. But the only answer would be ‘because you are not allowed’. It will never be ‘because it is dangerous’ or ‘because this is a personnel only area’. There will never be a reason. The rule is the reason. Why are you even questioning it?

Now is the time to question. Question the government. Question the politics. Question the President. And test the given answers. Is it holding on strong grounds, material proofs, witnesses? Or is it just words. Tunisian are great at criticizing each other. Now let’s bring up our critical thinking. Tunisia destroyed official propaganda on the 14th of January 2014, but rumor is a new kind of propaganda, perhaps more dangerous because coming from everywhere and nowhere at the same time. Let it not spoil this newly gained freedom of expression.