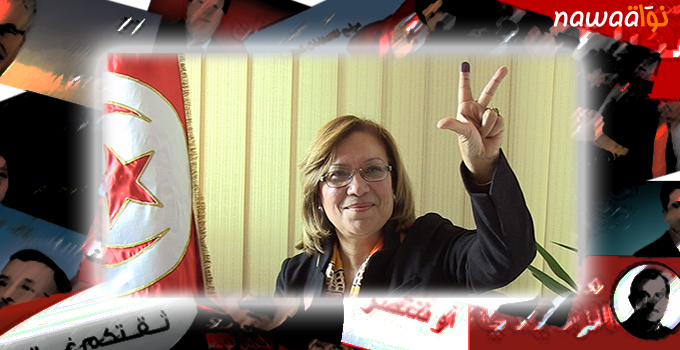 Sunday in the capital, the first round of Tunisia’s presidential elections, came and went with quite a different energy than that which animated legislative elections in Tunis one month ago. What began a slow, sleepy morning-voter turnout (11.85 percent by 11:00am) less than half of what it was (25.48 percent) at about the same time on October 26- ended with a participation rate (62.9 percent) just slightly higher than last month’s turnout (60 percent).

Contrary to a strategic vote associated with the legislative elections, a number of those who participated on Sunday reported that this time theirs was a vote “by conviction.” Unconvinced by any of three or four candidates most visible in the media and most popular according to polls, some Tunisians settled dispassionately on one or another candidate regardless of his or her chance of winning or bearing upon the outcome of elections…such a vote was neither propelled by strategy nor inspiration but rather a sense of obligation cast a vote.

As journalists observed in the weeks preceding elections day, many voters based their decisions on personality as opposed to program given that candidates’ political programs were simply not apparent or non-existent; media has served largely as a stage for «political theatre» in which images and slogans abound while political platforms and debates are naught, and candidates themselves have offered very little in the way of detailed economic and social projects. Such vacuous electoral campaigning has given way to apathy and indecisiveness that left many voters wavering between two or even three candidates until quite literally the last moment. Certainly a contributing factor to general disinterest is the perception that the president has no real powers, a belief associated with widespread disappointment regarding Moncef Marzouki’s term as head of state. 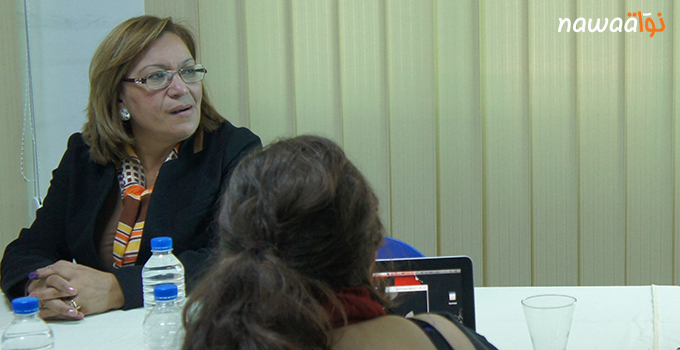 Tunisia is the international community and mainstream media’s symbol of democracy in the Arab world. The extent to which this image is accurate and relevant is of course relative and debatable, and such an image is certainly an incomplete presentation of the country’s history and socio-political experience leading into the past four-year transition period, recounted repeatedly in foreign media as a chapter-by-chapter process of democratization:

I. Sidi Bouzid … is seen as the birthplace of the revolution where Mohammed Bouazizi’s self-immolation in 2010 marked the beginning of the Arab Spring uprisings and shortly after which Tunisian civil society successfully ousted its dictator
II. Ennahdha and political Islam … in October 2011, Ennahdha was elected to fill the majority of seats in Parliament, representing a democratically-established Islamist-led government
III. Consensus and coalition … in 2013 where Ennahdha is said to have ceded power in order to make room for a coalition government including politically-independent «technocrats» to the end of political stability
IV. A new constitution … touted as the most progressive of the Arab world in terms of freedom of expression and womens’ rights in particular
V. Peaceful, transparent legislative and presidential elections … solidify Tunisia’s international status as the exception to the Arab Spring countries and is a seal of the country’s relatively successful democratic transition that closes with the selection of a new parliament and a new president after the runoff next month

Would it not have been the ultimate final chapter to the international community’s interpretation of political transition had the democratically-selected president of Tunisia’s first «free» elections been a woman? And would it not have been a triumphant statement to many Western democracies so benevolent, so paternalistically generous in their support for this fledgling democracy that Tunisia represents? Certainly the Western world would have loved such an ending -«Yes we Kannou»- a dynamic female president for the bright-spot-of-the-Arab-world’s new government.

Kannou sets herself apart as an independent candidate who stands for clean politics, an attribute that is well-illustrated by her long-time activism, leadership in the Association of Tunisian Judges, resistance under Ben Ali, her work as a judge in Tunis, Kairouan, and Tozeur, and an approachable, dynamic personality. Nawaat followed Kannou on Sunday when she cast her vote in Montfleury, and accompanied her and a team of energetic young women, among them journalist and blogger Olfa Riahi in charge of the communications campaign, into the contagious excitement that animated the campaign office at the Ministry of Commerce in Tunis. 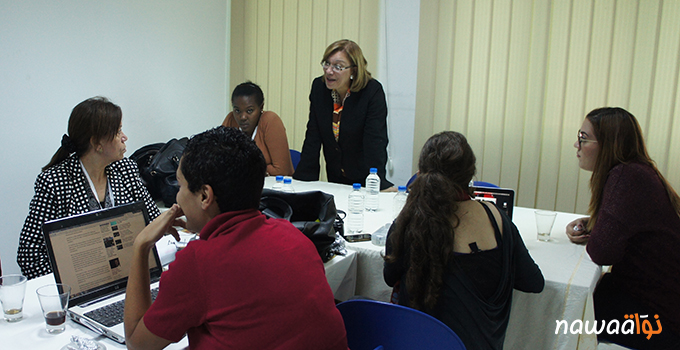 In an interview with Nawaat journalist Henda Chennaoui, Kannou emphasized her political independence and her status as a “citizen” candidate, which she explained by the time she has devoted to speaking with Tunisians throughout the country instead of holding press conferences and campaign meetings for the media.

The symbolism of being the first and only female in the running for president is at once a defining strength and weakness of Kannou’s candidacy. Aside from this factor and given her dynamism in an election that is largely based on personality, Kannou’s lack of specific, pragmatic socio-economic project proposals limits an outstanding status amongst her political rivals in this election in spite of what international media might have liked to idealize. On Wednesday, Le Point Afrique published an article on Kannou, «the woman who wants to govern to Tunisia», making reference to the candidate’s «innovative program»—

Her program is distinctive owing to simple ideas that can change many things since it concerns the priorities of Tunisians,

–and her stance «against terrorism, for justice» within which her objective is to

avoid that youth are drawn to the discourse and actions of extremists engaged in [these] violent acts that harbor these sorts of [violent] ideas.

As with mainstream accounts of the country’s democratic transition, such attributes are not only generic and vague but, in this case, inaccurate. Although undoubtedly more qualified to lead the country than at least several among the twenty-seven candidates who remained in the running until the end, Kannou offered no more than an (albeit strong and pertinent) image for which to vote. Still wanting for socio-economic security and stability four years after the revolution, voters appear less inclined to select a candidate whose campaign has focused on independent leadership, human rights and clean politics than for one who represents order, security, and experience in governance.

As Kannou indicated during the interview, regardless of the outcome of elections, her candidacy in and of itself is a victory, an example that Tunisian women can be in the foreground of the political scene, a foreshadowing of markedly different politics in which women are not seen as the beneficiaries of a progressive constitution but the leaders and decision-makers who enforce in policy and practice the values and ideals of the constitution. Kannou also mentioned that her presidential candidacy serves to encourage women in the coming months to participate in local government for which elections will follow the denouement of the present electoral process and in-statement of the new government as 2014 and the country’s designated period of political transition draw to a close.