A few weeks ago, I presented here in Nawaat a model predicting the outcome of the parliamentary elections. The study was accurate in predicting the ranking from the elections but I predicted a narrower gap between Nidaa Tounes and Ennahdha than what came out of the elections (4% vs. 10%).

The model has three major steps to get the final forecast. First, we try to aggregate all available surveys and opinion polls, which will be weighted according to the credibility of the survey. Then we distribute the undecided votes among the various presidential candidates. There have been 45 presidential polls since elections in October 2011 with the majority of studies conducted by 3C surveys Sigma Council Emhord Consulting and the International Republican Institute. The evaluation criteria surveys are: 1 the sample size or number of respondents, 2 the date of the survey, and 3 the reliability of the organization or institution that led the survey.

1. Assessing the credibility of pollsters:

This is measured by looking at the accuracy pf their polls. The only historical references are the Tunisian parliamentary elections of 2011 and 2014. Given that 2011 is pretty old and there were only 7 polls prior to the elections we hence focus on the 2014 elections. 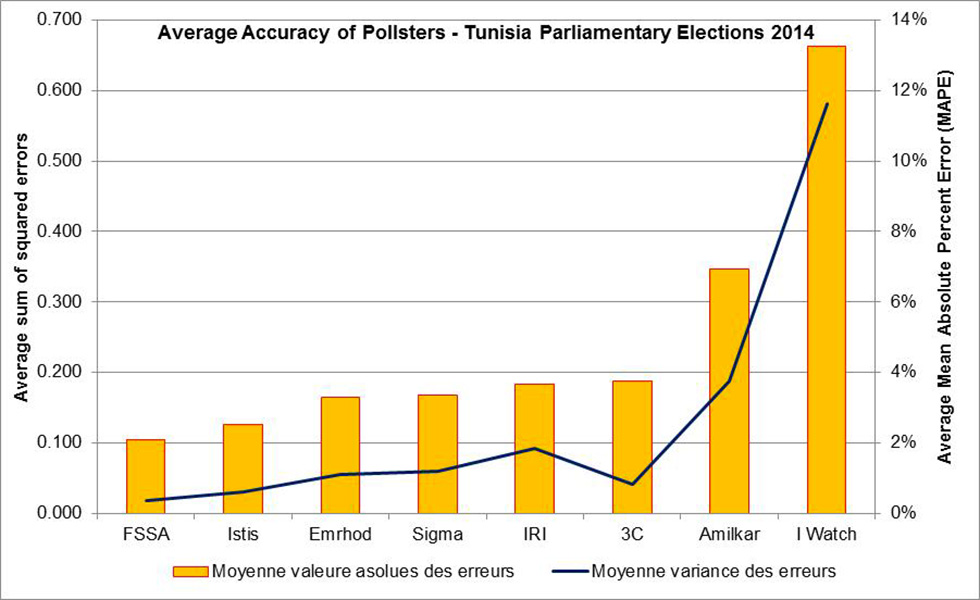 As expected, the polls are more accurate with the upcoming elections. On average, the accuracy of the surveys (as measured by the sum of the individual errors for each party, calculated absolute value) improved by 0.9% monthly. However, we also find that the accuracy of polls is not correlated with the sample size, which is not very intuitive. Hence, we did not apply any weight to opinion polls sample size. We did however apply a higher weight to more recent polls. 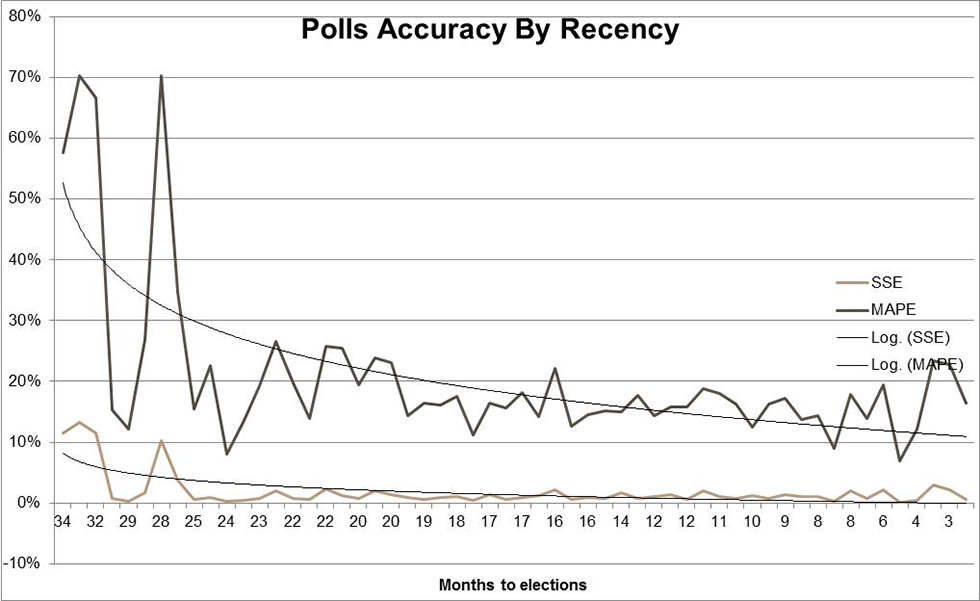 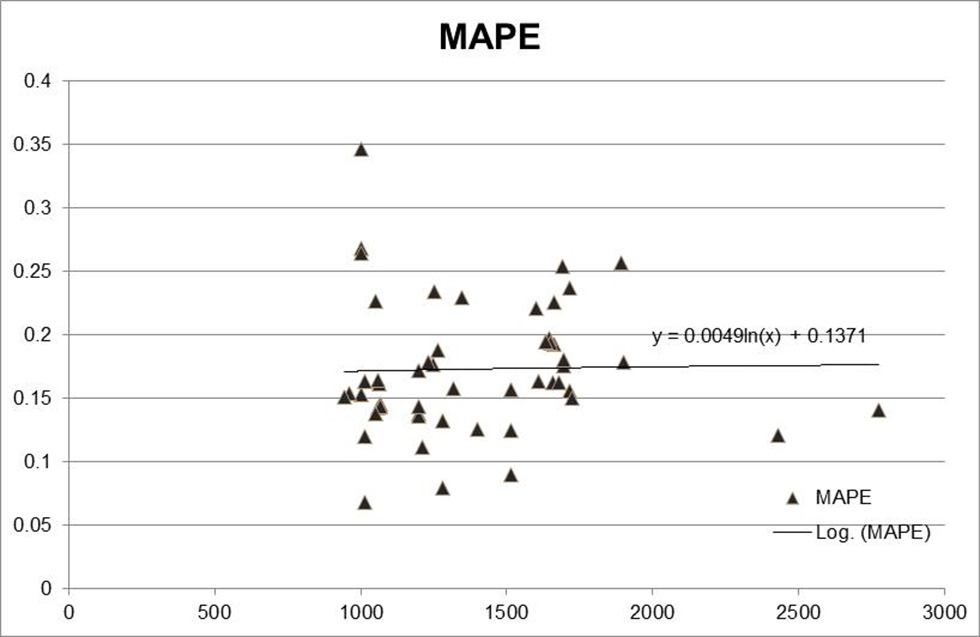 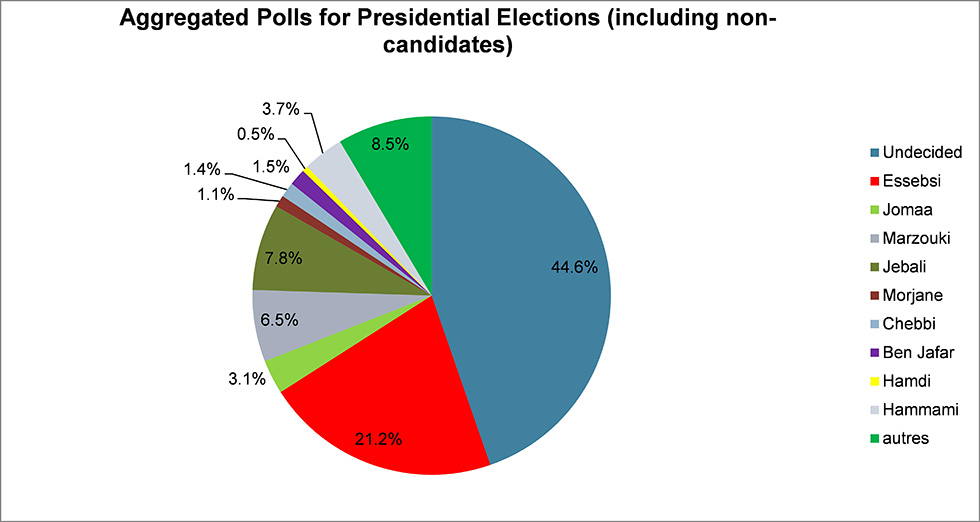 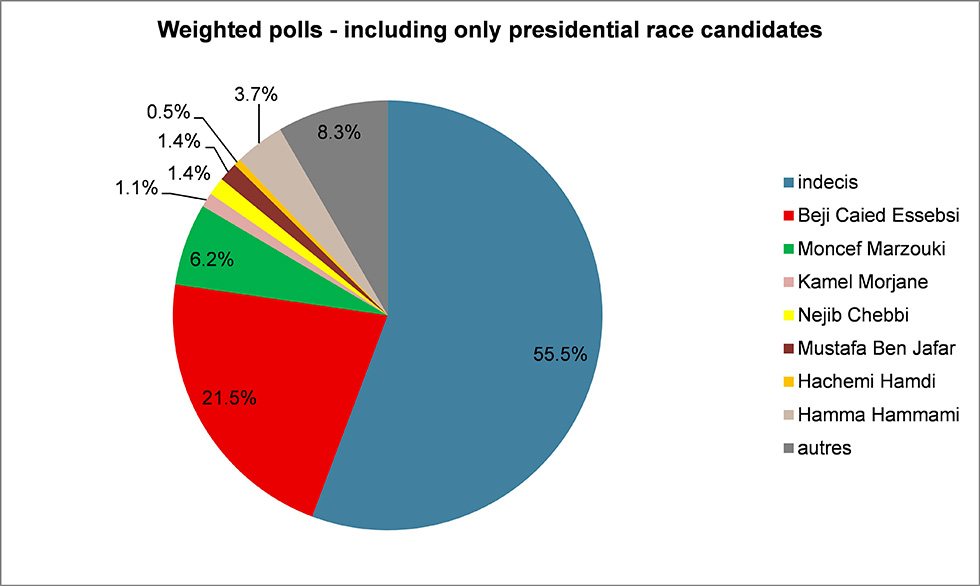 The most difficult step in the process is the distribution of votes of the undecided to the various parties and adjusting predicted votes. After weighting, we found around 55% undecided. Again, the historical reference is the parliamentary elections of 2014.

The parliamentary elections that Nidaa Tunes clearly won with 37.2% of the votes and 39.6% of the seats respectively provide us the information and the freshest and tangible evidence of the results of presidential elections.

The legislative show that the Tunisian electorate rejected by a clear government troika way and punished severely allies of the government Ennahdha, CPR and Ettakatol.

The results are highly relevant laws to predict the outcomes of presidential preferences since voters do not change much in a month. In this sense, the very small time delays (27 days) between the legislative and presidential elections favor parties that performed well during the legislative and not allow the voter to reassess the political spectrum. 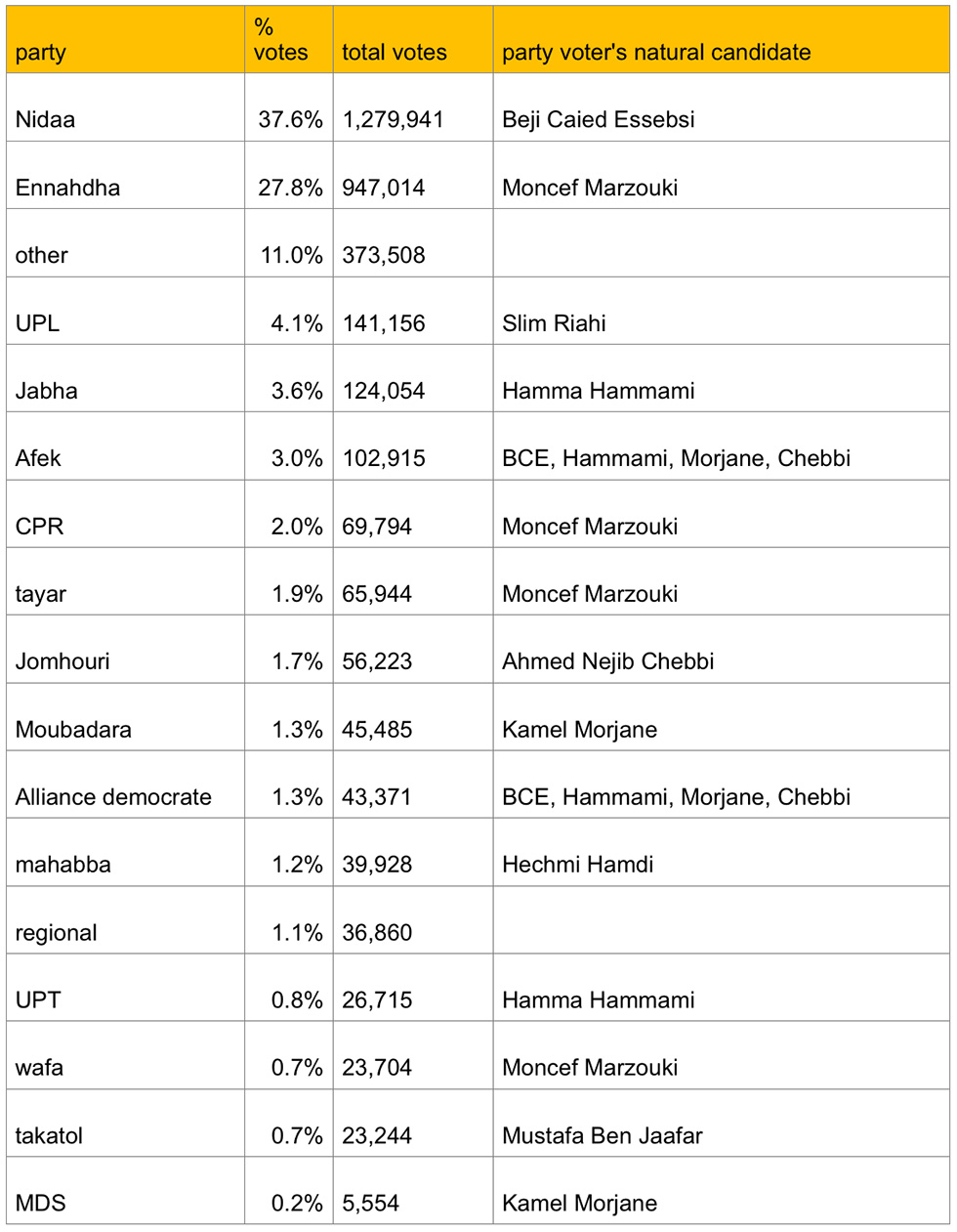 To finalize the forecast, I average out the outcome of the parliamentary elections and the weighted polls to come up with a single prediction by candidate.

So my final projection is that BCE well ahead with 43% of votes, followed by Moncef Marzouki, second with 23% of votes. Hamma Hammami finishes third with 8% of the votes. The margin of error (with a confidence interval of 95%) is +/- 3.1%.

Hence, I predict a run-off in December between BCE and Moncef Marzouki. 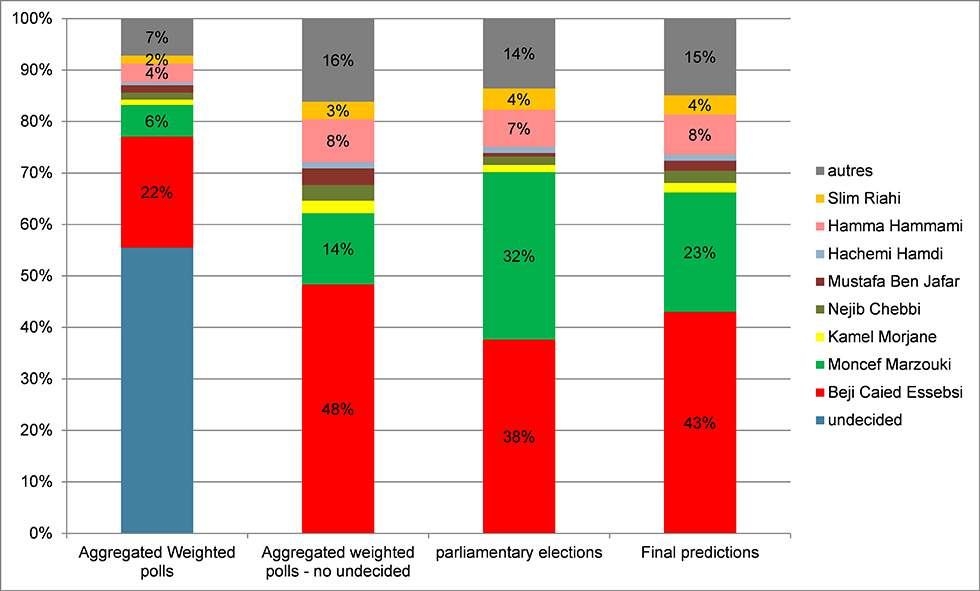 This study obviously has several limitations. On the one hand the limited democratic experiment in Tunisia provides us with a small number of surveys and only two historical elections to estimate the reliability of the organization or company that conducted the survey, the effect of sample size or the proximity of elections. Then, the most recent survey of July 2014. Finally, there is a great inconsistency in technical surveys.

Methodology Data for this article were collected by referring to several sources. For the parliamentary elections, we referred to 45 surveys conducted by Sigma Conseil, 3C studies, Emhord, IRI, and FSSA. To assess the reliability of each pollster, we considered a rich sample for the 2014 parliamentary elections with 57 in all surveys covering the Tunisian legislation since February 2012. The most prolific pollsters during this period were Sigma Council Emhord, 3C studies, and IRI. To calculate the weights for the individual surveys, we calculated two measures of error surveys: 1 mean absolute percent error (MAPE) value for each party surveyed, and 2 the sum of squared erros.. Subsequently, each pollster is assigned a weight between 70% and 100% depending on the accuracy of their polls. To calculate the weighting to be given to adjust for the date of the survey, we constructed a simple regression models.