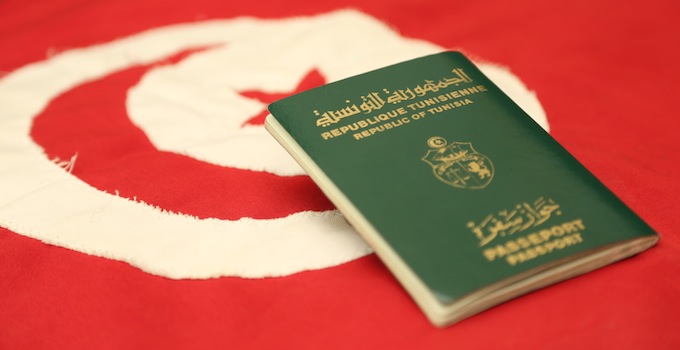 In a climactic show of auspicious US-Tunisia relations, John Kerry arrived last week in Tunis on a purportedly unexpected «lightning-visit» to meet with Prime Minister Mehdi Jomâa and President Moncef Marzouki. Reports in western and Tunisian media are flush with euphemisms that capture the US’ enthusiastic response to Tunisia’s democratic transition. The American government’s pledge of allegiance to the Tunisian cause is stamped with words of «support,» «approval,» «assistance,» «aid,» and even allusions to «friendship.»

What substance is there to the US’ lustful promises and romantic proposals for partnership, cooperation, and exchange between the two countries? One La Presse de Tunisie journalist expresses a cynical but common analysis of America’s motives in Tunisia: «They [Americans] are willingly adopting the approach of general Charles de Gaulle who said that France does not have friends but interests». We may not be able to glean from information available the full and complete picture of US undertakings in Tunisia, but perhaps we can move a bit further than generalized speculation to examine in a few specific arenas how and to what extent its so-called support is manifest.

The most concrete and detailed recent record that the US has released concerning its activities in Tunisia (since there is no official documentation covering Mr. Kerry’s discussion with heads of state and government last week) is a US Government Assistance to Tunisia fact sheet that was published in August 2013 and which includes a breakdown of of economic, political, and social initiatives and involvement since 2011. The most specific information about the content of last week’s discussion is, perhaps unsurprisingly, from Tunisian media (for most the occidental readership it suffices to know that the US is providing assistance, while Tunisians as the ‘recipients’ of assistance are wanton to be curious about precisely what proposed plans entail):

According to a statement from the presidency of the republic, the discussion focused on ways to promote Tuniso-american cooperation in different domains, especially in regards to the fight against terrorism, economic exchange, and promoting partnership in the interest [of both countries].

In anglophone media what we most find are references to anti-terrorist operations and economic boosts in the form of $400 million (according to Reuters—the US Government fact sheet cites the total sum as $350 million) financial aid since 2011. More specifically, $24 million has gone to security operations, $100 million to debt relief, and $20 million to building the new technologies sector.

Aside from the said monetary sums, the other specific from the meeting is «the increase as per an agreement by US Congress in funding to the Thomas Jefferson Scholarship Program for Tunisian students who wish to spend a year in the United States.» Jumping down the rabbit hole of information trailing the Thomas Jefferson Scholarship Program leads us to the very pertinent and tangible world of academic and professional exchanges, which is in fact a network of passages well worth exploring.

The Thomas Jefferson Scholarship Program as described on the US Embassy website fits nicely into US discourse on democracy and international diplomacy:

We recognize the important role of education in Tunisia’s democratic transition and long-term future, and these scholarships have been designed to help prepare Tunisia’s future leaders for the crucial roles they will play ensuring Tunisia’s economic growth and development. The participants in this program will be a part of the next generation of Tunisians to carry on the friendship that has existed between our two countries for over 200 years. The United States Ambassador to Tunisia Jake Walles

This description also echoes US commitment to “Strengthening Citizen Engagement” in Tunisia as explained under Linkage Programs on the US Government Assistance to Tunisia fact page:

Building on the success of ongoing university linkages facilitated by grants from the U.S. Embassy in Tunis, the U.S. Established five new linkages between U.S. and Tunisian higher education institutions throughout Tunisia. Two of these linkages focus on business and entrepreneurship skills and will include new joint dual-degree programs, while another will introduce an investigative journalism master’s degree program at the Tunisian Press Institute.
U.S. Government Assistance to Tunisia Fact Sheet 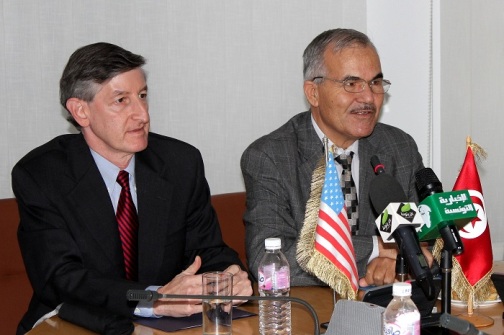 The nature of immigration policy and visa procedures for Tunisians who wish to travel to the United States to take advantage of these academic and professional exchanges reflects to some extent the degree of authenticity of US rhetoric for cooperation, partnership, and collaboration at the level of civil society.

Word on the street is that securing a visa in Tunisia for travel to the United States is a relatively straightforward and fruitful process, at least compared to obtaining a visa for France—a process modestly described on the French Embassy website as «a complex administrative procedure that operates within European regulation,» and profusely criticized in online articles and blogs. At least in terms of immigration policy and practice, the afore mentioned La Presse de Tunisie comparison between the US and France regarding «interests not friends» is confounded by what can be heard through the grapevine about each countries’ visa procedures. In response to an article written in 2012 after the French Embassy outsourced its visa application procedures to a third-party organization, a long string of comments and debate (dated through January of this year) evoking colonialism and racism has ensued. One comment from June 25th, 2013 reads, «You want to go sightseeing? Apply for an American visa! It will take you three days, in conditions that allow you to maintain your dignity, and you will secure a visa for 10 years! …In sum, let France suffer its crisis and let us turn towards the friendly countries who appreciate the value of our worth.»

On Tunisian Globe Trotter, one traveler offers a page on «Advice for obtaining a tourist visa for the United States in Tunisia» in which he describes:

…contrary to the French Embassy (which I boycott) they don’t ask you for a pile of papers, these psycologists base [your case] on your application, your answers, and the expressions on your face…for my part, I chose French language, I was relaxed, my interview only lasted 5 minutes, and I got a visa for 10 years for the United States without having provided any documentation.
Tunisian Globe Trotter

This perception is widespread, at least among academically- and professionally-oriented individuals in the capital, and, for now at least, this academic/professional inclination seems to be the ticket into the United States from Tunisia (indeed, one could say that the US immigration process caters to and even seeks out this demographic), especially when this affiliation takes the form of a letter of invitation from an American institution or participation in one of the many exchange programs listed on the US Embassy website. The primary resource for Tunisians who wish to go abroad, the site is comprehensive, up-to-date, and accessible in English, French, and Arabic. There are, however, a multitude of links to important resources (particularly relating to exchange programs) and several highly useful websites that offer clear and detailed visa information, however, these are available only in English.

To get a basic overview and understanding of US immigration policies and procedures, The Immigration Policy Center of the American Immigration Council offers a fact page on How the United States Immigration System Works. Policy pertaining specifically to temporary (nonimmigrant) workers which might be the most interesting to Tunisians who wish to study or gain work experience abroad is available on the US Department of Homeland Security website for US Citizenship and Immigration Services. A comprehensive, easy-to-use website for visa information and application procedures is available online—though again only in English—at the US Department of State Bureau of Consular Affairs US Visa website.

The US Embassy partners with a number of organizations including Fulbright Tunisia, Education USA, CEMAT (a research center of the American Institute for Maghrib Studies (AIMS)), and State Alumni Community that offer a total of fifteen academic and thirteen professional exchange programs, plus two individual and two institutional grant opportunities. Under Embassy Announcements on the US Embassy homepage, the first listing includes a link to application information for CEMAT’s 2014 American Studies Grants, through which eight short-term research scholarships are open to doctoral candidates and scholars who teach American Studies and who can provide a five to seven page description (written in English) about a current or proposed project in American Studies.

Whatever US plans or pretexts are for engagement in Tunisia, present policy and—dare we call it—outreach for academic and professional exchange at the civil society level is a heartening sign of authentic, quality efforts for cross-cultural, social, academic, and professional enrichment. Asking Tunisians who have spent time studying or working in the US about procedures for securing a visa prompts a range of postulations on the reasons behind America’s relatively generous visa policies for Tunisians. Mohamed Labidi, who has worked for the US Embassy in Tunis and is now the director of two Arabic language programs, traveled to the United States for work in 2010; Labidi points to three factors that might contribute to the accessibility of the American visa in Tunisia:

1 – The economic reality that limits most Tunisians’ capacity to «abuse» a visa and remain long-term in the States even when they are granted a ten-year visa;
2 – America’s identity as «the immigration country»; principles of American diplomacy and flexibility with non-Americans, «pluralism is reflected in everything,» even in terms of the different types of visas which reflects an accumulation of immigration experience;
3 – The government’s precision in dividing visas into specific categories for tourism, education, and professional purposes

Is the investigation of US promises to Tunisia a case of comparing apples to oranges? Are the motives that drive economic and military assistance separate from the motives that drive immigration policies, visa procedures, and exchange programs? Could there be a dramatic difference between state-to-state (US to Tunisia) relations and government-to-citizenry (US government to Tunisian citizens) dynamics? Surely America’s interest in Tunisia is neither all good nor all bad…In light of general public perception in the capital about the accessibility of a US visa and the plethora of offerings listed on the US Embassy website, there may truly be «veins of authenticity and goodwill» in America’s broad-reaching arms so eagerly outstretched towards Tunisia.