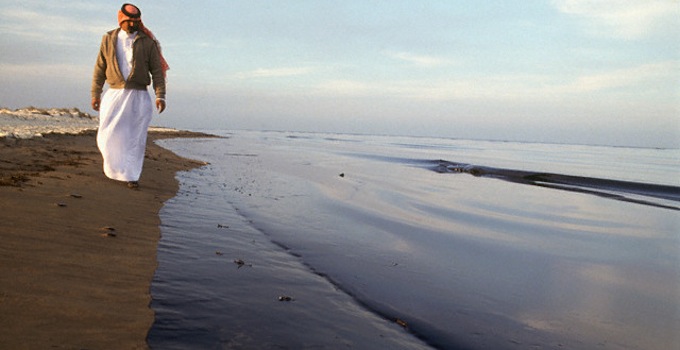 Oil spills. Air pollution. Toxins in ground and sea water. Desertification. The environmental situation in countries across the Middle East is perilous and getting worse. According to the UN in the 2010 Environment Outlook for the Arab Region report, the region is “facing critical environmental issues” as well as new threats and natural hazards.

Much of the problems goes back to a failure of governance and accountability in governments and companies. They go about their daily business with little or no notification to those most harmed by their activities and few ways for the communities to do something about it.

A key element in promoting environmental protection is ensuring communities (including the media and civil society groups that serve and inform them) access to information about the environment around them. This includes information on the availability and safety of water, pollution released by nearby factories, mines, or oil production facilities, and plans for new developments which could affect the local environment. Without this information, citizens are not able to effectively participate in assessing the problems and developing and agreeing to solutions.

Under international law, everyone has a right to demand information about their environmental situation, and to participate in the development of policies that affect the environment. This was first set out by world leaders at the UN Rio Earth Summit in 1992 and is known as Principle 10 of the summit’s declaration. Over 100 countries around the world have adopted laws based on Principle 10 and it has been recognised by the UN as one of the key building blocks of protecting the environment and ensuring sustainable environment.

In Europe and Central Asia, 46 countries have joined the UN’s Aarhus Convention on Access to Environmental Information, Public Participation and Access to Justice which puts Principle 10 into a treaty. This binds the countries to adopt strong laws on access and public participation. A single register of all pollutants released in Europe is now in operation. Another treaty agreed to by 45 countries requires them to conduct environmental impact assessments on all projects that could cause harm to the environment. The treaties are open to all countries so countries in the Middle East and North Africa could join but they must put strong laws and good practices in place.

The concepts of access to information and public participation are not foreign to the leaders. Numerous declarations of the Arab League going back to the 1991 Arab Declaration on Environment and Development and Future Perspectives have recognised the importance of access to information and participation in decision making, but to date, countries in the region have not translated those declarations into action and are far behind globally in making their citizens aware of the hazards around them. There is little information available about the activities of governments and companies that affect the environment, and limited legal rights for people to be able to demand it.

A 2011 review done for the Council of Arab Ministers Responsible for the Environment on progress in sustainable development found that “public access to information regarding sustainable development remains limited. This is because information disclosure is still considered to be a highly sensitive issue by some authorities in the region.” It also found that institutions systematically collecting environmental information were generally lacking and many gaps in data existed.

Similarly, the right to participate has also been limited. The UN Environmental Program (UNEP) Global Environmental Outlook GEO-5 report released in June 2012 found that “The participation of civil society organizations in environmental governance remains weak. There is no clear policy for the integration of these groups in the environmental governance process at either national or regional levels“. UNEP has called for “Improved collection and sharing of environmental data and information to enhance decision –making and policy formulation” and for “greater engagement with stakeholders in the design and execution of policies“.

It is now critical that these environmental policies change. Governments must adopt laws that allow for public access to information and for meaningful participation in the decision making. This is only a first step to resolving the problems but without it, nothing will improve.