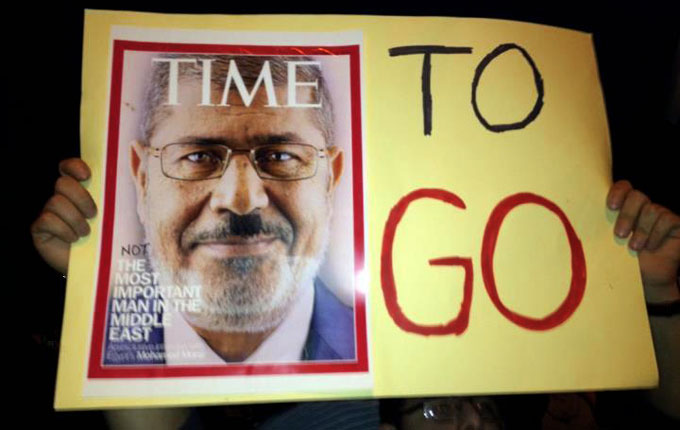 The deposition of former Egyptian president Mohammed Morsi: call it what you like – a popular uprising, a military coup, a continuation of the “Arab Spring”, or a hammer blow to democratic reform efforts. Whatever it was, Tunisia is certainly not immune to it. Tunisia’s transition is relatively more protected from such happenings, and the country as a whole has a bit more working for it in the long run (namely a smaller population, less geostrategic pressure, and a historically less politically involved military). However, Tunisian government officials must be keenly aware of what’s brewing beneath them as well as take careful notes on what just happened in Egypt.

Whether it is ultimately for better or for worse, it will not take long for Egypt to see more tumultuous days ahead of it and more instability before any semblance of normalcy. The “Egypt scenario,” which may threaten the country’s transition as a whole, can be avoided. Roughly speaking, this is what the Tunisian government should work on to avoid such a scenario:

1. Encourage and actively support political inclusiveness: the Tunisian government must make active efforts to incorporate the opposition in not only high-level decision making, but in the management of tasks and projects at each ministry. The opposition, too, must work to achieve this political plurality by opening up to collaboration and focusing on the various tasks at hand as opposed to political pretenses.

2. Avoid regressing on freedom of expression: freedom of speech, freedom of the press, and freedom of religion must be available to all. The quick, rash, and hasty trial that 25-year old rapper Weld el 15 underwent cannot be repeated again. Weld el 15, who was hastily sentenced to a 2-year prison sentence that was later reduced to a 6-month probationary term outside of prison, was faced with legal action because of a song entitled “Police are Dogs.” His trial, along with many other instances where the government tried to infringe upon this sacred freedom, mobilized many Tunisians. In some cases, the government retreats.

However even when it does, it fails to defend freedom of expression. For example, even when Ennahda – the Islamist party that leads the government – issued a statement condemning the Egyptian military’s arrest of journalists, the party has avoided explicitly defending the freedom of expression. The point is that even if the government believes that a rapper, activist, journalist, filmmaker, etc, has infringed upon the country’s “moral code” (can’t help but roll my eyes here), due process must be followed and fundamental trial rights must be ensured for all defendants. Leading me to my next point…

3. Redraft the legal code: the government and the assembly’s focus should not be limited to rewriting the constitution. In fact, the majority of Ben Ali’s transgressions did not occur through the constitution – most were executed legitimately through a very flawed legal framework that we have yet to pay much attention to. Did you know that rapping is technically a crime in Tunisia? Such penal codes must be critically looked at and redrafted to make sure that freedom of expression is not only enshrined in the country’s law of the land, but through the very minute workings of the rule of law.

4. Create realistic employment schemes and strategies: talking about employment and the economy is never enough. We still see protests in Tunisia that decry the lack of employment generation resources such as, a) employment centers, b) public recruitment programs, and c) the active flow of business. Most importantly, it must drag the stalled economy out of crisis as soon as possible – sustainably and efficiently.

5. Respond to and meet popular demands at all levels: we hear too much about ministerial brouhahas and “he said she said”s stuck around the top level of governance. Seldom, however, do we hear about what the government is doing to meet local demands through the country’s 24 governorates (states) and municipalities. Much of public criticism stems from the ever-present levels of corruption in the municipalities, and if the government, national assembly, and presidency, are at all serious about transitioning into democracy, their eyes must be fixed on the municipalities and reforming them from the bottom up. Too much is happening locally, and the demands resulting from these challenges are consistently ignored.

The Tunisian government is already facing tremendous public ire and disgruntlement, and it should really consider doing the above to not further sully its credentials. Most importantly though, the government should do the aforementioned to move the country forward. And that is in everyone’s interest.