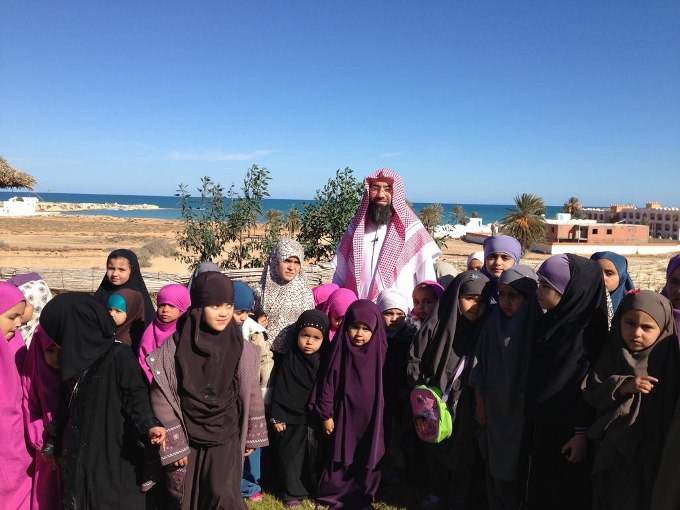 I am angry because I do not see my country moving forward. I see it going down a path of uncertainty, a path where my compatriots have forgotten where they come from. Today, I sat down for dinner with my parents. My mother made a delicious pasta and a salad to go along. We had water to drink. The television was set on the Tunisian national channel, blaring the nightly news broadcast. The first bit of news I hear is that the National Constituent Assembly is discussing legislation to protect children’s rights. Several representatives speak in favor of the legislation, and several against. The bloc leading the no vote is primarily composed of Ennahda members. When one of them was asked why he did not support the legislation, he said: “Next thing you know, we will be discussing el-zawaj el-mithli [gay marriage].” My dinner started getting cold, the salad increasingly less appetizing.

Next bit of news is about a Wahhabi sheikh from Kuwait, Nabil el-Awadi, who was invited by a Tunisian NGO to give a lecture. Amongst other things, he called for girls below the ages of puberty to start wearing complete veils. In honor of his visit, an event was organized where many little girls attended, accompanied with their parents. The little girls were all wearing burka-style veils in shades of neon pink, purple, green, and gray, that covered the entirety of their bodies. My heart breaks. I shake my head and look back at my dinner, desperately attempting to ignore the TV – I can feel the agony rising from my heart to my mind. Disgust. All I want to eat my dinner and go downstairs to read my constitutional law assignment. But near the corner of my eye still, I see a video montage of a group of the girls holding signs that read, “Hijabi… nouri… [My hijab is my light].” That’s it. Both the salad and pasta were now inedible. I head downstairs and tweet about what I just saw. I stumble upon a Facebook photo album of the event I mentioned above. After taking some close looks, I determinedly close the tab.

A few rounds of clicking later, I stumble upon a video of Tunisian Constituent Assembly member Selim Abdesselem giving a speech on the assembly floor. The video was put up in an effort to mock the assembly member’s accent when he speaks Arabic, and the obvious lack of properly accented grammar. Representative Abdessalem hails from the Tunisian community in France. He lived most of his life there, and in fact, he was elected to represent that very same community. In his speech, he spoke about the integral role of an independent judiciary that fairly defines the rule of law and facilitates justice. He argued that its independence is crucial and necessary to effect the purposes of justice. Even though his words will one day be remembered for generations to come in recognition of the country’s founding, nobody paid much attention to what he had to say. All they could do was mock his accent. At the expense of losing such substantial insight, those who made fun of him scarcely know anything at all about the judiciary. His story hits closer to home too – I have the very same problem representative Abdesselem has. We read, write, and understand advanced technical Arabic. Yet we have trouble getting the tashkeel right (the accents on each letter) when we read classical Arabic out loud. Watching the video did it for me.

The social climate in Tunisia is deteriorating. Many people cannot even find a place to call home, a shelter. Many cannot afford to go to school. Many of the country’s youth remain unemployed (in fact the unemployment rate, according to several sources, has risen in the past year). The cost of living has gone up. For a few weeks, outrage was felt all over the country as many families could not even find a place to buy milk – since now, because of the lack of rule of law, many mafias and trade rings control the flow of certain nutritional products. These mostly economic troubles find their way into the Tunisian’s everyday psychology. People don’t smile at each other in the streets anymore. There is something that is called hiq’d [حقد] between people’s hearts. Hiq’d is a hidden enemity of sorts, an avarice. It’s the thought of hidden malice that looks for every opportunity to exact revenge on someone. Encountering such elemental challenges on a daily basis – not having enough food for the family, not feeling secure enough to go out at night, not trusting people – does this to our hearts. Hearts become hardened, and of course, many turn to more fundamentalist interpretations of Islam to cure this hardening of the heart. For a long time, this is what happened under Ben Ali’s rule. People could not breathe – economically, morally, politically – and so the popularity of satellite TV channels promulgated, including those channels that advocated for rather unsound spiritual practices and priorities (I remember watching a 90-mins long show on how evil and horrid nail polish is. Nail polish, people).

We see the same behavior taking place today. Tunisia has experienced a void in religious / spiritual education ever since President Bourguiba shut down the Zaitouna Institute – a nucleus of knowledge that fed the entire region (it is a well-established fact that Al-Azhar scholars went to school at Zaitouna). This thirst for knowledge, coupled with practical quotidian discomforts and uncertainties, incidentally leads to the likes of Nabil el-Awadi to develop a fan base in the country.

Today, we are confronting what we could credibly call a ‘crisis.’ An identity crisis, a socioeconomic crisis, and most of all, a daily, practical crisis.

Someone once told me that freedom lies in being bold. Let us be bold in acknowledging our weaknesses, and then let us be bold in assessing what we need to do to help make these weaknesses into strengths. We need education, and I cannot emphasize this enough. The whole educational system, from primary school to post-doctoral levels, must be reformed. We need employment. Sustainable energy is a great start that has the potential to generate jobs by the thousands. More than anything else, however, we need to think before we act and be cognizant of the direction our dear country is heading in. If nothing is done, we might as well kiss our dream of democracy goodbye.