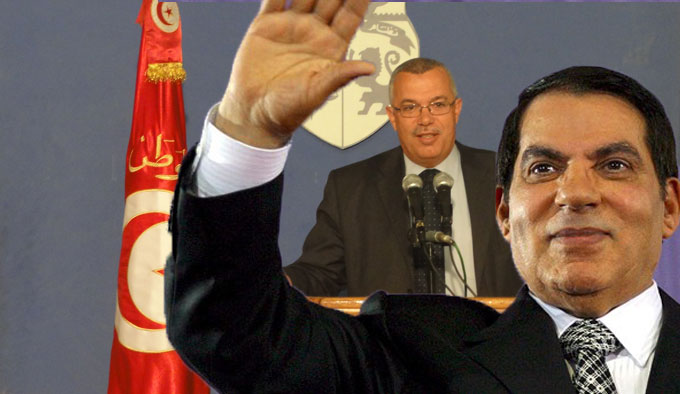 The Justice Minister is in the process of restoring to power a number of figures of Tunisia’s defunct dictatorial regime, this time as members of the Supreme Council of Magistrates (CSM). Among them is Mahmoud Ajroud, the judge who, in 2008, presided over a series of iniquitous trials in the Gafsa mining basin. As if to add to the injustice, the Justice Minister Nourredine Bhiri (Ennahda) has placed himself at the head of the CSM, a position formerly occupied by one Zine El Abidine Ben Ali.

The members of the Tunisian Association of Magistrates (AMT) are, for their part, outraged and have made clear that they consider the actions of the Justice Ministry, in whose planning the magistrates union (Fr) is also complicit, as catastrophic for the development of an independent judiciary and executive power. By honouring them with such positions, one is effectively rewarding these people for services rendered to a repressive regime. In the words of judge Ahmed Rahmouni, Honorary President of the AMT:

“It is quite simply unthinkable to see the CSM, a body which was quite properly done away with after the Revolution, being restored in its former corrupt form. This is obviously a disaster. What’s more, having named and revoked (Fr) a number of judges, now we set about bribing them with salary rises in order to make them all the more subservient to the Justice Ministry!”

The so-called “Magistrates Movement” was begun in secret after a meeting held on 8 September, details of which were only made public five days later. The AMT and the National Observatory for an Independent Magistrature (ONIM) stated that independent judges were simply excluded from this process. Raoudha Karafi, in an interview conducted with Nawaat, made clear that:

“The cleaning up of the judicial system must be conducted by an elected body, within a transparent framework, and without the the executive power and Justice Ministry hijacking the process – two bodies which continually make unilateral decisions on the fates of certain judges. Furthermore, in order to “clean up” the magistrature, it’s necessary first of all to keep out all of those known to have been involved in the corrupt practices of the former regime and all those known to have been implicated in human rights abuses committed during trials in the decades before 14 January 2011. What is happening at the moment goes against everything that I’ve just recommended since, quite simply, these same judges are being restored to their former positions.”

Indeed, the CSM, the activities of which were ceased following the revolution, has been reanimated by the Justice Ministry, thus allowing its former members, elected in highly dubious circumstances under the infamous ministry of Bachir Tekari, to be those who decide the fate of independent judges.

According to judge Kalthoum Kennou:

“This magistrates movement differs very little from those which were around before the fall of Ben Ali. Indeed, it is worth remarking that before we actually had a certain protocol that was respected, something which is no longer the case anymore. I view this Supreme Council of Magistrates as a sort of disinterred body upon which we are now trying to bestow some sort of legitimacy. What’s more, the judges from the Association have been dispersed in order to make it easier for them to influence our organisation.“

The legitimacy of the CSM as well as its reactivation are therefore contested by the AMT but not the by union which was created in April 2011 by one of the 2005 putschists (Fr)… It is also worth noting a significant fact relating to the presidency of this body. For, according to Law No. 67-29 of 14 July 1967, relative to the structural organisation of the judiciary, the Supreme Council of Magistrates and the Magistrates Statute (Fr), the presidency of the CSM should technically fall to the President of the Republic. However, with the new laws relating to the organisation of public powers, this position would fall to the Head of government. This means that, in theory, Nourredine Bhiri would only be the Vice-President of the Council. How on earth do we get out of this mess when old laws continue to mean that judicial powers are subordinated to the executive power with the blessing of the Head of government?

By interfering in the judicial system in such a way, the Justice Ministry has condemned to failure all possible reform in this transitional period by compromising, institutionally, the independence of the judiciary. Walid Zarrouk, Secretary General of the union of prison officers and of reeducation in Tunis published the following statement:

“After paying homage to those who lost their lives in the revolution, we see that those who caused their deaths are protected by the Ministry for the Realization of the Aims of the Revolution. For this reason I am making it public that I have lost any hope for the reform of an institution combatting injustice which is led by the current Justice Minister. For justice cannot be delivered by an unjust institution.”

For sure, in the last few days, most media attention has centred around the attacks on the American Embassy in Tunis by a group of Islamists and rioters. This is, of course, understandable considering the significance of the event. In the current state of chaos, neither the police, nor the army, no the National Guard – the headquarters of which are just around the corner from the embassy – were able to defend the enclosure. However, this security crisis, which has been very badly handled by those responsible in the army and Interior Ministry – even in spite of the State of Emergency – is no less significant than the crisis in which the judicial system currently finds itself.

In the words of Jamel Ajroud, lecturer at the Sfax Law Faculty:

“The independence of the judicial system is an eminently juridico-political issue. It allows us effectively to gauge the status of law and justice in a society and reflects, at the same time, the degree to which the political system has been democratized and how far along the road we are to establishing the Rule of Law. If this independence is lost, everything is lost: law, freedoms, security, democracy…”

It is true that the actions of Jebali’s government, most notably in the justice sector, have meant us straying very far from the desired path of reform post-14 January. Having blocked the establishment of a provisional replacement to the CSM by denying it independence, Ennahda opened the door for Bhiri to promote certain judges to positions in the judicial system, as well as to remove others. This crisis is all the more serious in light of the absence of any effective opposition capable of dealing with the major questions of the post-revolutionary period. In the course of this week, the ATM will organise a press conference in which they will announce their continued commitment to resist the actions of the government. How are the judges going to oppose this most recent blow to the independence of the judiciary? That is the real question.