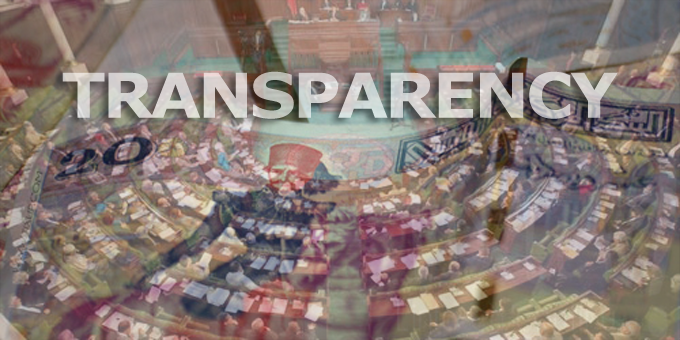 It all started 3 months ago in the Constituent Assembly’s Finance Committee. One Constituent Assembly member, who does not sit on the committee, anonymously confided to me: “It was one of the first things they discussed.” All of the committee’s members supported the motion, hence why it was brought forth to a closed plenary session for discussion. Some of the committee’s members saw it as a cost saving measure for those representatives who commute to the capital to attend meetings (now, assembly members are hosted in a 4-star hotel) and others, well – others just saw the salary increase as one that is merited based on the nature of the job.

The closed plenary session was held on Friday May 18, 2012, and was held to discuss a lot more than salaries. According to one assembly member, not many representatives were actually present and there was a weak level of participation. During the session, assembly members discussed the lack of general organization that the assembly was experiencing and the lack of resources, such as administrative support, for them to do their job adequately. Another topic of discussion was the time limits placed on bill negotiations. Members of the opposition, especially, felt that they are not given enough time by the speaker and assembly president, Mustafa Ben Jaafer, to get their ideas across. The salary topic came up as well.

Assembly members felt that their current salary (2300 TD per month) was not enough to cover their travel expenses, rent, administrative support, offices costs, etc. Some representatives brought up the fact that they must rent two properties, one in the capital and one in their hometowns. Others complained that being away from home for so long necessitates regular travel to home regions.

A fair amount of controversy was generated in the Tunisian media and on social networking sites following the leak of the information. It is appalling, yes, that most Tunisians are not meeting day’s end – and here we have someone asking for an increase to a salary, that according to Tunisian standards, is already very high. However, not all representatives incur the same costs – a representative working on behalf of Tunisians living in Gabes, for example, cannot and should not spend as much as one representing Tunisians living in Japan. It’s logical.

This is why a system of reimbursement needs to be carefully instituted. Assembly members must keep their receipts and turn them all in at the end of each month for a check reimbursement prepared by the assembly’s administration. According to one assembly member, however, the head of the Finance Committee, said that there was a “legal prohibition” that prevents the assembly from instituting such a system.

But one question remains: isn’t that what the Constituent Assembly was elected to do? Aren’t these 217 representatives supposed to act as a legislative body that drafts new laws and changes old ones? If there is a “legal prohibition” put in place against reimbursement, why not look into it and change it?

Our representatives should not be granted travel costs before incurring them. Doing so endorses a lack of transparency. Further, the conversation shifts entirely depending on which representative is in question. No representative living in Tunis and its suburbs (Rades, Marsa, etc) should be given monetary grants to rent an “additional home away from home.” Most of them commute back and forth to their homes like any Tunisian would.

It would be an abuse of legislative power to institute these salary increases and grants on a wholesale basis. This is why each representative needs to be reimbursed for work-related costs – in a carefully instituted procedure that ensures effective traceability and professional honesty.