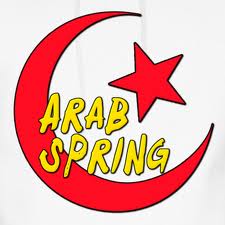 As Syria burns, Yemen teeters on the verge of total collapse, and Gaddafi hangs on by the skin of his teeth, many commentators and politicos are wondering whether the Arab Spring will in fact succeed. The reality is that it is inevitable that some of these countries will not succeed in creating anything close to a well-functioning democracy. Why not?

Just as the fall of the Berlin wall brought the success of democracy in central Europe, it also brought the economic failure of Belarus, the authoritarianism of the Stans, and the fragmentation of the Caucuses. Simply put, some countries are prone to succeed in their democratic development faster than others. The success of the spread of democracy in the Middle East and North Africa will depend largely on the underlying demographics, economics, and geopolitical importance of each post-revolutionary country. In this regard, Tunisia, the first country to throw its leader out, is the most likely candidate to succeed. Here’s why:

Unlike Bahrain or Syria, and to a lesser extent, Egypt, Tunisia has one of the most homogeneous populations in the Arab world. Even compared to its Maghreb neighbors, its Berber population is relatively well integrated – and much smaller. What does this mean? It means that the political turf battles that are an inevitable result of a political power vacuum will rely less on intractable problems, and more on resolvable problems, requiring consensus building.

In Bahrain, a political compromise would require a level of trust between the Sunni and Shia that would be all but impossible, without jeopardizing the principles of the uprising. In Tunisia, however, the political debate is confined to political ideologies and issues of governmental systems, a far easier problem to solve.

Besides a few thousand more immigrants per year going to Italy or France, Tunisia remains a relatively insignificant country in the region. Blessed neither with oil wealth or proximity to an important waterway (or Israel), Tunisia has the geopolitical significance of Honduras. And that’s a good thing for its democratic prospects.

Tunisia will not have to deal with the Isreali-Palestinian question nor where and how its exports get to foreign markets – the only requirement is that it doesn’t harbor terrorists. While this latter issue may have earned Ben Ali the plaudits of Western governments since 9/11, it does not represent the frontlines in the war on terror, and should escape the curse of foreign interference.

While Tunisia may not be geopolitically “important” enough to warrant installing a puppet government, that doesn’t mean the West doesn’t want it to succeed. In the face of the potential failure of all of the Arab uprisings to install truly democratic regimes, Tunisia could be the only success story – and the West is willing to pay for it.

The World Bank and the African Development Bank have already promised $1 billion dollars in investment to Tunisia, with another $300 million coming France, and billions from other bilateral donors. This investment is not the panacea for Tunisia’s problems, but it will help the country as it transitions. For the West, investing in Tunisia is a safer bet than any other Arab country right now, and one that promises the best chances for long-term success.

Middle income and not oil rich

As has been well documented by political theorists, the natural resource curse is one of the biggest determinants of a country’s path to democracy. Simply put, the chances of democracy succeeding in a country like Libya or Algeria are very low compared with non-resource rich countries. In addition, Tunisia has already reached the per-capita GDP figure that makes its stability and chances for democracy much stronger than poorer countries. In spite of the kleptocratic proclivities of the ancien regime, the Tunisian middle class grew and prospered (if not as much as it should have) over the past 20 years. The relatively well-educated middle class has a lot to gain from democracy and will serve as a positive impetus for democratic deepening.

Tunisia’s relatively strong middle class and access to markets (and the large foreign aid investments coming online) will make the chances of a strong democracy much more likely.

If you’ve followed my first four arguments, you might ask – why did Tunisia ever even have a dictator? One of the great curiosities of Tunisia is why it accepted Ben Ali for so long in the first place. Many here in Tunisia are quick to blame the West’s support for the regime. While this undoubtedly played a role, I think a stronger argument could be made that Tunisian prosperity invited complacency. A prosperity that reached a critical mass of Tunisians who were willing to accept fewer freedoms in exchange for rising (or at least stable) living standards.

This complacency, coupled with the lack of democratic institutions during the colonial period, and the authoritarian (if liberal) instincts of the country’s first president, Habib Bourguiba, led to Ben Ali’s regime. Blasphemous in Tunisia today, it is widely known that a large part of the population supported Ben Ali to the very end. While his family (and wife) were reviled, Ben Ali was seen as someone who brought economic growth and stability to the country.

The reader might ask, if Tunisians were willing to accept the last dictator for 23 years, why not another? This is a valid question – and it could certainly prove to be true. However, the climate for democracy in Tunisia had never been better than it is today. Tunisians have tasted freedom, and they know that their (continued) prosperity will require their active participation.