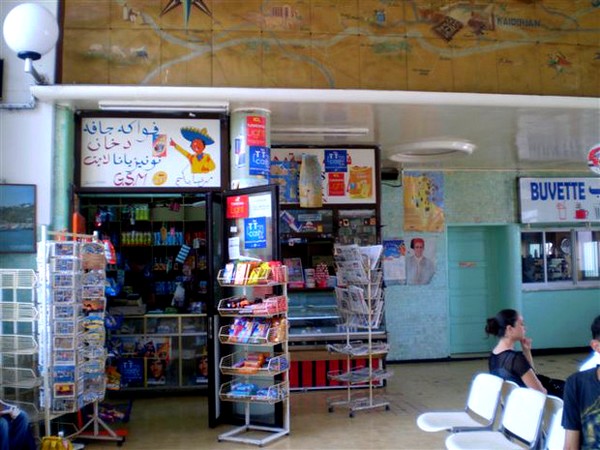 Harassment of journalists is gradually but steadily becoming the trend in Africa. In fact, the Federation of African Journalists (FAJ), the African regional affiliate of the International Federation of Journalists (IFJ), is extremely disturbed and concerned by the growing tendency towards enactment and enforcement of more repressive, complicated and legal sanctions against journalists.

In Senegal, Cameroon, Tunisia and Burundi, journalists and their leaders face constant harassment and threats to their safety as part of a brazen campaign to curb the right to freedom of expression in Africa.

“African journalists are increasingly facing governments- inspired violence that is intended to silence the independence and credible voice of journalism. Increasingly, these assaults and campaign of elimination are also targeting human rights defenders and democratic forces that fight for journalists’ and peoples’ right to impartial and receive free information,” says FAJ President Omar Faruk Osman.

On 10 July, the Senegalese First Cabinet of the Regional Court of Dakar summoned Abdou Latif Coulibaly, Chief Editor of the Weekly Gazette to answer charges of concealment of administrative and private documents. The judge ordered the indictment of the journalist but released him on bail pending conclusion of investigations. Senegalese journalists consider that the indictment, based on concealment of documents, constitutes in its content a serious attack to the principle of the right that guarantees under Senegalese substantive law an absolute protection for journalists’ sources of information.

“This is the most shocking and reprehensive case to be conceived by the government’s prosecutors in their blatant attempts to manipulate national laws against independent journalism. This case, initiated by a private company and supported by the authorities, sets a negative precedent against investigative journalism. This mischievous, politically motivated and deliberate act of harassment against Abdou Latif Coulibaly must stop,” Omar Faruk said.

In Cameroun, Alex Gustave Azebaze, First Secretary of the National Syndicate of Cameroonian Journalists (SNJC) and also IFJ Executive Committee member, Thierry Ngongang, Editor-in-Chief of the privately-owned Spectrum TV; Annani Rabier Bindzi, journalist at Canal 2 International TV and Dr. Aboya Endong Manasse, Editor of the bi-monthly newspaper Africa Top Secret have collectively been facing a long, complicated, devastating and tiresome trial since January 2010. Their ordeal stems from their participation in a 2008 TV debate on the police investigations of the “Albatross” saga, the failure to explain how a Boeing 727 purchased for the President’s fleet was never received, six years after local journalists, led by Azebaze revealed the scandal while working for Le Messager.

“Our Cameroonian colleagues are held up and stranded in extremely dangerous and tiresome legal battle that meant to take away their time, energy and resources. Once they have been sufficiently worn down, they will be eliminated, freedom of the press will be further eroded and fear and self censorship will replace independent thinking in the hearts of media practitioners,” said Omar.

“I reiterate our call for an end to these unjustifiable legal proceedings and once again demand the grave action of closing down their outlets be reversed and our colleagues are allowed to resume their normal and useful service to the journalistic profession,” he declared.

“This is the longest legal action journalists’ union leadership faces in Africa and we will not close our eyes to this facade of sham legal action.”

Zied El-Heni, member of the leadership of the National Syndicate of Tunisian Journalists (SNJT) and the Steering Committee of FAJ has been followed unremittingly and painstakingly by security operatives of Tunisian Government for defending freedom of expression and campaigning for the release of detained colleague Boukadous Fahem who provided coverage of the uprising in the mining region of southern Tunisia. He was summoned by the Crime Squad on July 23, 2010 to answer charges of defamation, though he was released after four hours of detention after he insisted and defended the legality of his writings that have not violated the code of the press. On Tunisia’s National Day, July 25, 2010, Zied published an open letter to the district attorney in which he expressed his indignation at the manner in which the Crime Squad had been given leave to investigate a matter of opinion. The next day, the Crime Squad called him to their offices.

“These repeated and unrelenting attacks against union leader, Zied Elheni, and the right to free expression is one example of the gross human rights violation that ordinary Tunisians endure daily. Security operatives in Tunisia are a major threat to journalists and have been responsible for several attacks against journalists. The Tunisian government has a duty to protect its citizens from brutal elements in the security forces and must ensure that this assault of journalists stops with immediate effect. The continuing attacks on Zied El-Heni, an elected African journalist’s leader will only increase global attention to the deplorable situation in Tunisia. Our message is clear: stop going after our colleagues and allow them to express themselves freely and fearlessly,” the FAJ President stated. Journalist Jean Claude Kavumbagu, Editor of Net Press news agency, Bujumbura, Burundi, was arrested from his office by Colonel David Nikiza, Police Chief in the western part of Burundi. He was arrested after he had published an article on July 12 in which he talked about

Somali extremists group Al-Shabaab’s threats to attack Burundi and was critical of Burundian security forces. He was charged with treason and faces life in prison if convicted. When he was arrested, the police did not follow the proper legal procedures of Burundi and he is being held in contravention of Burundi’s criminal procedure code, which states pre-trail detention of the journalists for limited situations. Interestingly the law under which Jean Cloude is charged only applies during wartime.

“This has no other explanation except a deliberate misuse of state institutions to harass journalists. All laws were bypassed in circumstances that can only be interpreted as vindictive action by officers abusing their positions to settle personal scores. Jean Claude never committed such a serious act of betrayal of his nation and there is no point in charging him with treason. We feel that he will not have a fair trial and we want him freed immediately,” Omar Faruk Osman said.

The Federation of African Journalists is committed to devising new strategies to tackle the increasing abuse of legal processes and wanton attacks by security operatives against journalists.

In Nigeria, the situation is hardly cheery. Though, with the contemporary situation, harassment of media men by government agents seem to have gone down considerably, there still obstacles on the way of the average Nigerian journalist. Apart from a frustrating working environment occasioned by irregular and in most cases unpaid meager salaries, he is increasingly becoming vulnerable to certain untoward occurrences in the society. Recent events concerning the kidnap of some officials of the Nigerian Union of Journalists (NUJ), had in fact, thrown to the fore the mounting danger in the practice of the profession in Nigeria. The development had also exposed the vulnerability of the media practitioners to even the supposed ordinary people, who the average Nigerian journalist has shed sweat and blood in fighting for their cause.

On Sunday, July 11, Wahab Oba, Lagos State Chairman of the journalists’ body; Adolphus Okonkwo, Zone D Secretary; Sylvester Okeke, Secretary to the Union; Sola Oyeyipo, Lagos based journalist, and Azeez Abdulraf, driver of the team were kidnapped on their way from their National Executive Council meeting in Uyo, Akwa Ibom. They were only released a week later.

While they were in captivity however, it fell on their friends, families and colleagues to bear the emotional pains of their absence.

Theirs was just a case in the ordeals of journalists in Nigeria. There is no doubt among informed Nigerians that the Nigerian journalist and his profession are as a result currently under siege.

On Saturday, April 24, Edo Ugbagwu, a reporter with THE NATION Newspapers, was murdered by assassins in his sitting room in Lagos. Since the coming of civil government in 1999, danger for journalists has heightened. Incidentally the last two years and half have seen more assassination of journalist than the past 30 years put together. At least, assassins felled three journalists within that period. Abayomi Paul, a member of the Editorial Board of The Guardian was killed in August 2008. In September 2009, Bayo Ohu, Assistant Editor in the organisation, was shot dead, while at home with his family.

The hazards of journalists practice entered another phase, during the regime of former military president, General Ibrahim Babangida, when Dele Giwa, founder Editor-in-Chief of Newswatch magazine was killed in a letter bomb, in October 1986.

On December 22, 2006, Godwin Agbroko, 53, head of the editorial board of the THISDAY Newspapers was shot in his car in Lagos. He was winner of PEN/Barbara Goldsmith Prize in 1997. He was known to have edited many titles during the military era, from 1993 to 1999, and even though he was detained at least twice, there was no previous attempt on his life.

There was also the death of Tunde Oladepo, a senior correspondent with The Guardian newspapers. He was at his home early morning in Ogun State when five masked men came into his house and shot him to death in front of his wife and children. Nothing was removed from his house leading investigator and analysts to conclude that robbery was not a motive.

The mounting hazards of what journalists go through can also be gleaned form the case of Bagauda Kalto, a journalist with THE NEWS magazine who disappeared in 1996 in suspicious circumstances.

As a result of incessant dangers that journalists face as a result of their profession, they had to organise a protest march in Lagos, the nation’s commercial capital recently.

On Thursday, April 29, the Abuja Chapter had petitioned the police commissioner in the Federal Capital Territory, John Haruna, over a new threat to journalists. This threat came in the form of a text message to Gbenga Aruleba, an Africa Independent Television (AIT) presenter and other colleagues because for doing their jobs. One of such messages read: “Gbenga Aruleba (AIT), Yusuf Ali (The Nation), Olusola Fabiyi (Punch), Chuks Okocha (ThisDay) all have no hiding place. U must be happy now that Prof. Maurice Iwu has been sacked due to ur bad stories and reports. We will deal wit u soon.” The men were told to remember the fate of late Dele Giwa, Bayo Ohu, and Edo Ugbagwu. Sundry persecutions practised against journalists even dates back to the colonial era when the nationalists in the media were being hounded.

There was also the case during the military era when a certain Amakiri was shaved by soldiers. There are Nigerians, who look at the hazards of the profession and the poor remuneration of journalists, and wonder why it is so. It is still quite incomprehensible to many, especially journalists, that a profession saddled with so much responsibility is neglected, while the journalists themselves who are making so much sacrifice for the growth of the country are so much neglected.

It is intriguing, many observe, that journalists are not insured; not well paid, and upon that often owed salaries running into months in some media outfits. Explaining the feeling of a journalist in a time such as this, Anote Ajeluorou, of The Guardian described it as being terrible.