The restrictive nature of this draft amendment to Decree-Law 88 of 2011 governing associations can be resumed in three points: the administration’s considerable discretionary power with regard to the creation of associations, the removal of the system of escalating penalties and the conditionality of foreign funding with the requirement that associations obtain a document in writing from the Tunisian Commission of Financial Analysis (CTAF).

Decree-Law 88, currently in force, represents a pillar of a post-revolution, democratic Tunisia. It was promulgated by the High Authority for Achievement of the Objectives of the Revolution, Political Reform and Democratic Transition during the country’s transition phase, and was meant to be replaced by an organic law after the constitutive phase. But following the adoption of the 2014 Constitution, the government never submitted any such draft law to parliament.

« Since 2016, there have been several attempts by the government to reform it. But each time, we have learned about such intentions and managed to reach an agreement that would preserve the status quo. We have worked to perfect the decree’s application through the elaboration of complementary laws on public financing, the system of foundations, etc. » says Amine Ghali, programs director at the Al Kawakibi Center for Democratic Transition (KADEM).

Reforming Tunisia’s law on associations: towards a lockdown on freedoms?

This time, however, NGOs were excluded from the presidency’s reform process. « This draft law blots out preceding agreements with the presidency », Ghali laments. As it circulated behind closed doors among concerned ministries, the draft law was leaked to several associations. These ministries are called upon by the presidency to give their opinions on the measure before it is adopted. « According to the current legislative process, this draft will neither be submitted to parliament nor debated. Had it not been leaked, the draft might have been adopted in secret », explains Ghali, who heads a civic space work group that comprises dozens of NGOs. According to Ghali, the draft law was not only elaborated without consulting NGOs, but also outside the presidency’s General Directorate of Civil Society Relations.

Beyond its flawed drafting process, the measure itself hints at an underlying will to restrict certain freedoms. One point of concern: the modalities for creating an association. Under Decree-Law 88, the constitution of associations is governed by a reporting regime.

Article 10 of the proposed measure gives the presidency’s Directorate General of Associations the discretion to reject an association’s creation if the latter does not respect the draft law’s articles 3, 4 and 10. These provisions cover general principles on an association’s commitment to not incite violence, to respect the state of law, etc. « But this is absurd », Ghali comments. « Associations are by default required to conform to these rules. The vast discretionary power given to the authorities aims to block the creation of associations ». 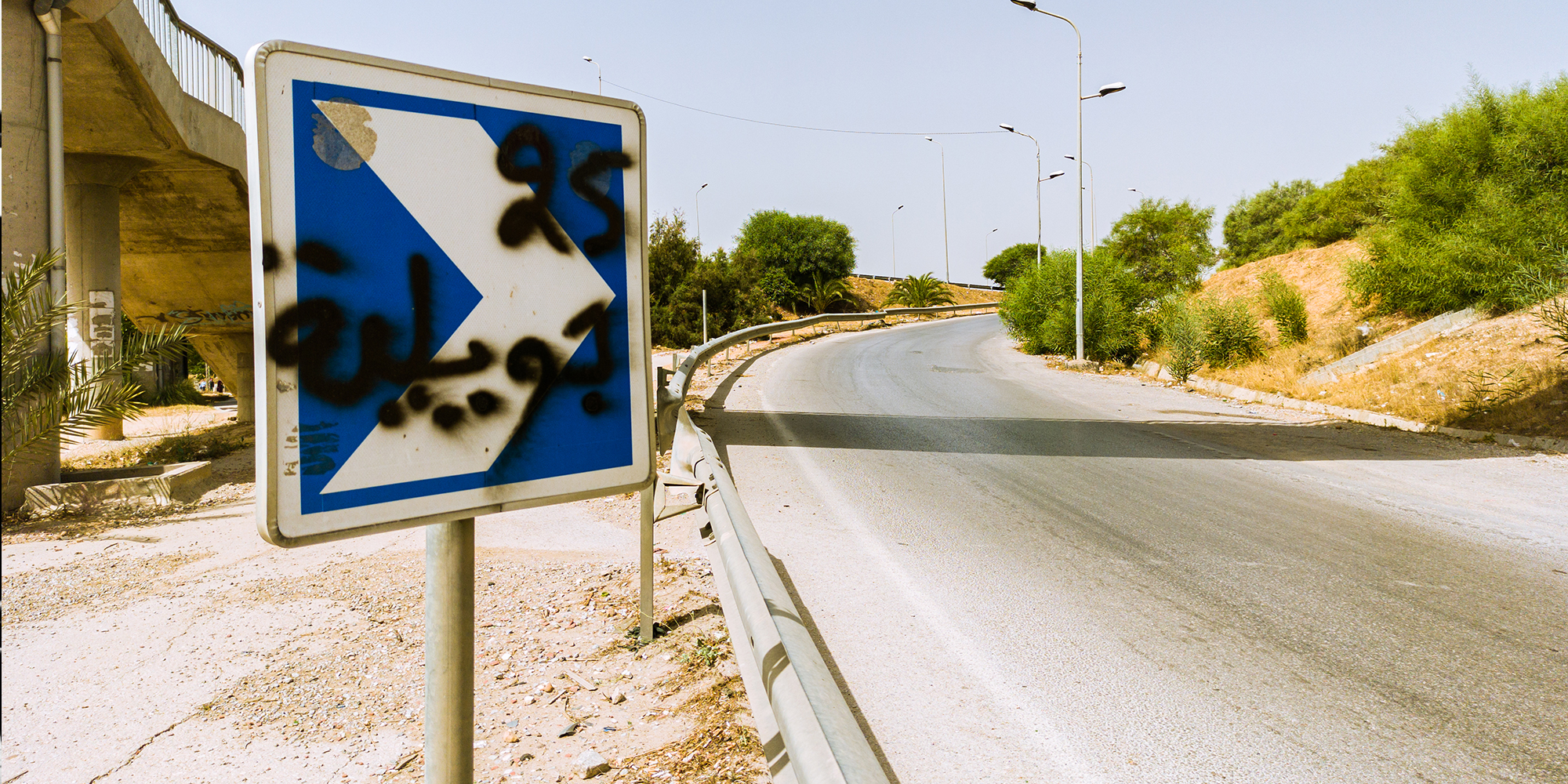 Ghali also points out the measure’s erasure of escalating punishments for associations suspected of having violated the law. Under Article 45 of Decree-Law 88, associations in this situation are subject to a warning from the government’s secretary general, and subsequent suspension of their activity with the possibility of filing a court appeal. In the new draft law, the sanction is direct. « Many associations will not have the means to contest the government’s decision in court, which would, in reality, result in their termination » Ghali explains.

Another restrictive provision: the draft law’s article 38, which would require associations to obtain a written document from the Tunisian Commission of Financial Analysis (CTAF) within the Central Bank for all foreign funding received.

The proposed legislation also makes note of associations’ right to assemble, demonstrate, etc., « if they are not in contradiction with decrees in effect ». Through this ambiguous clause, Ghali explained to Nawaat, authorities would be given considerable discretionary power to restrain the activities carried out by associations. Ghali also denounces the erosion of the political rights of association members. Under article 4 of the draft law, the latter would be barred from participating in elections if they have been active in an association within the past three years.

These new barriers surrounding the work carried out by associations have surfaced in the context of a « populist rhetoric that places all associations together in the same bag », says Ghali. This rhetoric has remained unchanged since President Kais Saied’s electoral campaign in 2019. In an interview with Al Charaa El Magharibi, Saied mentioned his intention to prohibit international funding for Tunisian associations, and accused foreign organizations that provide funding to Tunisian civil society of meddling in the country’s affairs. This discourse shows « a simplistic perception of international relations », Ghali tells Nawaat.

He observes that foreign funding does not only concern civil society but all sectors, including state institutions. What’s more, notes Ghali, this discourse does not hold since the government does not present alternative funding sources. « Public funding is unavailable, drowning in administrative paperwork and insufficient ».

According to the Center of Information, Studies and Documentation on Associations (IFEDA), Tunisia numbers 24,216 associations, including 1,815 devoted to science, 216 to women’s issues, 3,047 to sports, 4,795 to cultural activities, 2,698 to social issues plus 209 foreign associations, among others.

The abrogation of the Law of 1959, which issued a system of authorizations, was a boon for the creation of numerous citizen initiatives. In 2011, there were no more than 10,000 such initiatives. But the data, according to Ghali, is misleading: of Tunisia’s 24,000 registered associations, only around 5,000 are active. The sector falls short of international standards. In Tunisia, the ratio is one association for every 500 people, compared with one to 200 or 300 in democratic countries.

Governance of civil society associations: the gap between legislation and practice

In many sectors, associations operate in place of the government to compensate where the latter falls short. This is true, for instance, in care that is provided for abandoned children. Nizar Fares, general coordinator of the network Amen Enfance, tells Nawaat about « a sort of service delegation » composed of associations working on behalf of the government.

In return, these associations receive meager financial support for their projects. « With a 50 thousand dinar grant from the Minister of Social Affairs since 2015, or 1% of our budget, we were forced to reduce our workforce and the number of children we provided for. In the village where we work in Siliana, for instance, only 8 out of  our 12 houses are open. The same is true in Gammarth », says Fethi Maaoui, national director of SOS Villages d’Enfants.

The remedy for continuing their services: contributions from abroad, among other sources. By denigrating all foreign funding, President Saied is attacking one of the pillars of NGO financing, without proposing any alternatives. « The government is incapable of providing public funding, and even if it were capable, it would be governed by nepotism », warns Ghali. He remarks that « this segment of civil society that functions as a substitute for the government receives praise. Elsewhere, however, any associations that are potentially critical of the government or that participate in public debates are demonized ».

Associations who step outside the law

Amine Ghali concedes that there are associations which have violated the law. Their transgressions, though reflecting a small minority of cases, have tarnished the tremendous work undertaken by civil society organizations. Collusion between non-profit initiatives and political parties was clearly demonstrated during the last legislative and presidential elections. This was particularly true of political parties 3ich Tounsi, owned by Olfa Terras Rambourg, as well as Qalb Tounes and Khalil Tounes, founded by Nabil Karoui.

Some associations have also been accused of their involvement in terrorism, « but these cases remain marginal » Ghali notes. Among the organizations accused of terrorism by the National Commission in the Fight Against Terrorism, only three of these organizations are associations. On this subject, Ghali also points out the collaborative work carried out by civil society and the Central Bank to fight against terrorist financing. Since these efforts were undertaken, Tunisia has been removed from the Financial Action Task Force (FATF) black list of countries fighting against money laundering and terrorist financing.

Ghali recognizes that a number of flaws in the sector remain, although these relate to the implementation of Decree-Law 88. « It is not the law that is to blame, but the mechanisms in place for its application. As is the case in many sectors, some take advantage of the government’s lack of oversight. And we should keep in mind that for work carried out in the non-profit sector, there is an entire legal framework outside of Decree-Law 88 ». According to Ghali, it is up to authorities to take on their responsibilities. « In Tunisia, we tend to flee problems by changing the laws, instead of working towards their correct implementation », he says. The new draft law in question is all the more worrying in light of how the presidency has mishandled intermediary bodies. « Today, the presidency is attacking the justice system and NGOs. Tomorrow’s victims will be the media and others ».