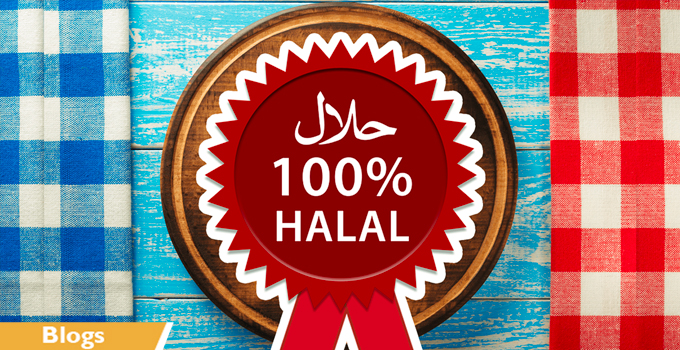 However, few days later, the French Ministry of Agriculture issued a statement denying the feared ban. As such, a number of articles belied the reports of the halal ban, emphasizing that the mosques’ press release contained false information. Despite the “reassuring” news, this conflicting information raises many questions and hints at deeper problems. Although Muslims have been “reassured” that halal meat will not be banned, ensuring that what happened does not occur again means that we need to think about the roots of the contradictory messages.

In my opinion, understanding the back story and triggers of all this controversy necessitates a reflection on similar anti-Muslim food-based campaigns and policies, in France and other European countries. In fact, this is not the first time food has been involved in issues around Islamophobia, Arabophobia and anti-immigrant sentiment. Food and food rituals have been part of the French war on Muslims for a long time. The link between food and de-Islamization and de-Arabization can be best illustrated by the French right-wing anti-kebab movement, which is determined to ban this delicious street food because it “jeopardizes” the country’s “Frenchness”. Indeed, Kebabophobia, like Halalophobia, is a reflection of the continuous mistrust and contempt that many white supremacists feel toward Arab and Muslim immigrants in France. This ongoing mistrust has become a source of fear among French Muslims, who expect an exacerbation of the stigma attached to their community in a Europe determined to stop its own transformation into “Eurabia.”

Muslims fear a development similar to that of neighbouring Belgium, where the European Court of Justice backed a Flemish decision to prohibit the slaughter of animals without stunning them beforehand. As a result of this decision by Europe’s top court, many of the Muslims who live in the Flanders region now have to travel to Holland in order to simply buy halal meat. In this light, I read the press release that was issued by the three mosques as a reflection of the psychological state of the despised and criminalized Muslim community. It is illogical for Muslim leaders to deliberately diffuse alarmist, incorrect information to adherents of Islam, since it will be known easily and quickly that the information being spread is false. Based on this, I can only interpret its falseness as a manifestation of the angst, malaise, exclusion and fear Muslims feel in a France that uses the denigration of their community as a tool to win votes during almost every election.

For the right-wingers who misrepresent the values of the French Republic as being under “threat” by Muslims, food represents an arena where this battle for a “une France française” (a French France) needs to be fought. During the 2017 election, the far-right candidate Marine Le Pen promised to prohibit halal meat, if she were elected. She also complained that, according to her, non-Muslims were unwittingly eating halal meat because all meat in France had become halal. She also tweeted that “in order to deserve the French nationality, people need to speak French, eat French and live French”.

Moreover, National Front officials have attacked the kebab and made it a campaign issue in local elections, as well as in European Parliament elections. During a local election in the southern town of Beaucaire, National Front candidate Julien Sanchez complained about the existence of four kebab shops in the historic city center, pledging to prevent new “communitarian” businesses from opening. The words of the French Mayor Robert Ménard, who found that there were “way too many immigrants and kebab restaurants in the country”, exacerbate this culinary exclusion. Ménard also co-founded the Boulevard Voltaire Website on which we read that the kebab will replace les baguettes traditionnelles, Turkish delight will replace les crêpes françaises, and all women will become veiled in the year 2047.

This French Mayor declared not to allow any more kebab restaurants to be opened within the borders of his town, Beziers. According to Ménard, “Too many kebab shops are a threat to the historical image and the identity of the city”. For this reason, he is determined not to let “Beziers become a kebab capital”. In September 2014, Ménard visited a social housing for refugees in order to tell them that “you [they] are not welcome here”. Ménard also said that Syrian refugees are “stealing water and electricity” and should not be occupying the apartments in which they are living. The words and deeds of this French politician show us how food becomes a means to demarcate the French from the non-French, the unwanted Arab and Muslim Other.

Beziers and Beaucaire are not the only places where this food-based discrimination happened. In 2017, Marseille city authorities took a number of measures to make it difficult for snack bars to get commercial leases. While kebab street vendors were not singled out, the owners of the snack bars located in the business district were overwhelmingly Muslims. Rim-Sarah Allouane called these measures “gastronomic racism”. This gastronomic discrimination against, and stigmatization of, Arab food and those who eat it was also noticed in 2013 during the annual convention of the National Front party, when a stall called for: “Neither kebab, nor burger, long live the ham and butter sandwich”. The ham and butter baguette, a popular French fast food, was considered an important element in what the National Front considered the preservation of “French values and culture”. These values were and continue to be portrayed as being under “threat” by the Muslim immigrants who live in France. Accordingly, I read the controversial press release as a consequence of the vulnerability that leaders and adherents of Islam feel in a France determined to “shield” itself against the “dangers” of “Islamization” and “Arabization.”