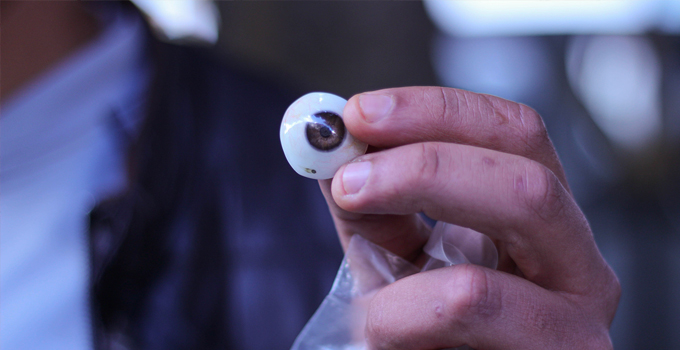 “We will continue until the truth is fully revealed, the material and moral compensation for the injured is granted, and whoever was involved in this gets prosecuted,” Faleh Mansouri, one of the birdshot victims and a spokesmen for his fellow victims told Meshkal/Nawaat at a demonstration in front of the Ministry of Justice in Tunis on December 13. “The real culprits were neither prosecuted norcharged. We have confidence that our judiciary system will bring us justice eventually but after nine years…some have died, some lost their sight completely and some are at risk of becoming paralyzed.”

Two policemen and two commanders eventually faced criminal charges in a military court for their involvement in the Siliana events but none of them were arrested, according to Mansouri.The government of then Prime Minister Hammadi Jebali announced an inquiry into the events but also said that police forces had been victims of violence as well—an assessment that human rights groups could not confirm. It is unclear whether that inquiry was ever completed, but an assessment by the Tunisian Forum for Economic and Social Rights in 2013 found that authorities from the local level to Tunis had made things worse by ignoring or denigrating protesters and later the victims of police violence. 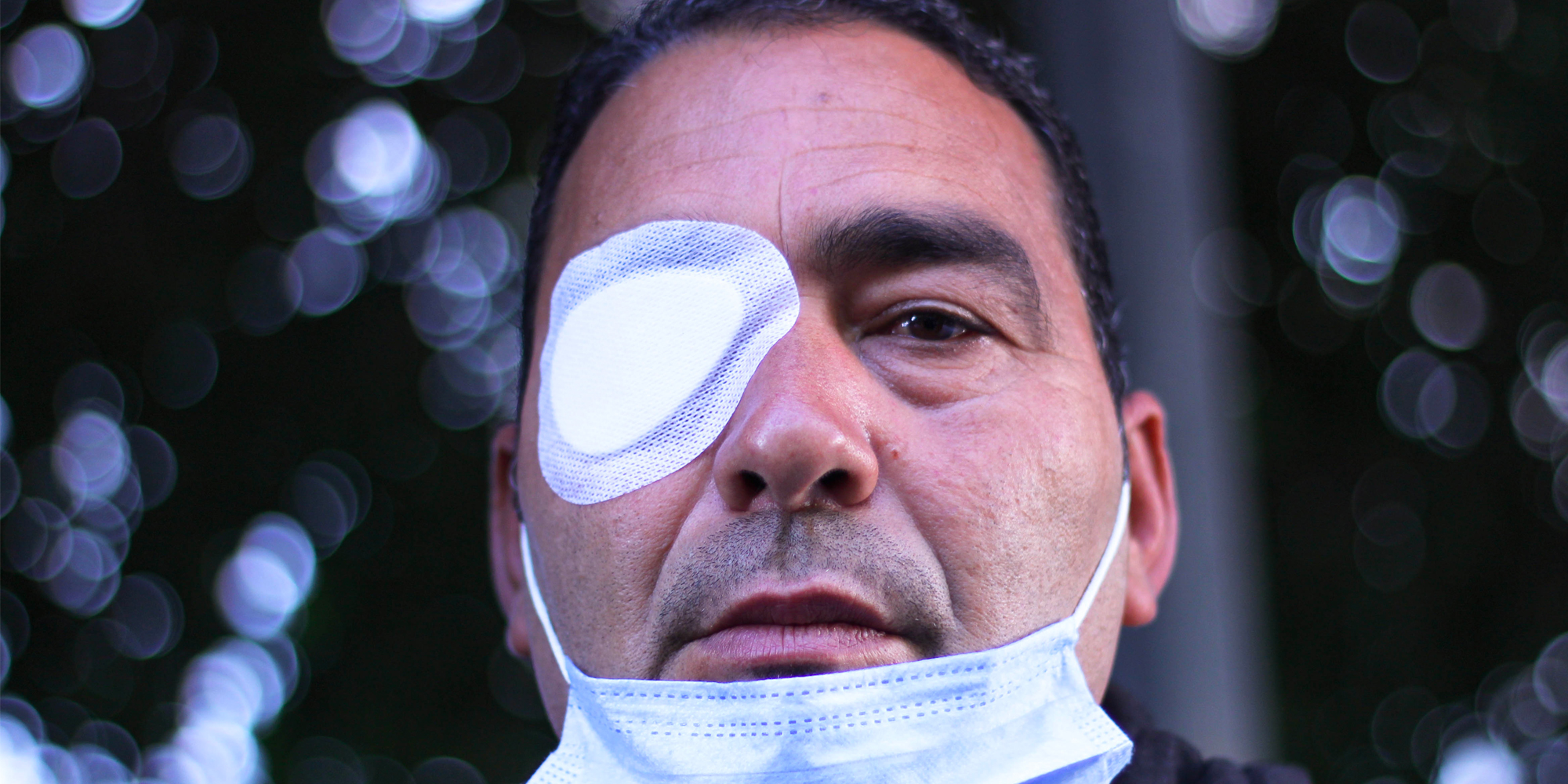 The birdshot victims place much of the blame on the Interior Minister and Ennahdha party high official Ali Laarayedh as well as Ennahdha president Rached Ghannouchi rather than the security forces who opened fire. Ennahdha was the leading party in the ruling coalition government at the time. Laarayedh has said he did not learn about the use of birdshot until the event in Siliana happened, and a military court acquitted him in 2017. According to civil rights lawyer Charfeddine Kellil, the director of national security Abdelhamid Bouzidi, who would later join the Nidaa Tounes party, was the one who gave the order to fire birdshot.

At Risk of Losing a Second Eye

Faleh Mansouri was 17 years old—a high school student coming back from school—when birdshot fired by police damaged his left eye beyond saving. Since then, he said has had five more surgeries, and he has lived with constant pressure in his left eye socket.

He said he twice failed his high school graduation exam—the “bac”—partly due to his injury. He eventually passed it and enrolled in university, but fear of losing sight in both eyes and the trauma of the event took a toll on his mental health, and he dropped out after a semester.

“The pressure moved to my second eye and now I’m at risk of losing it,” Mansouri said. 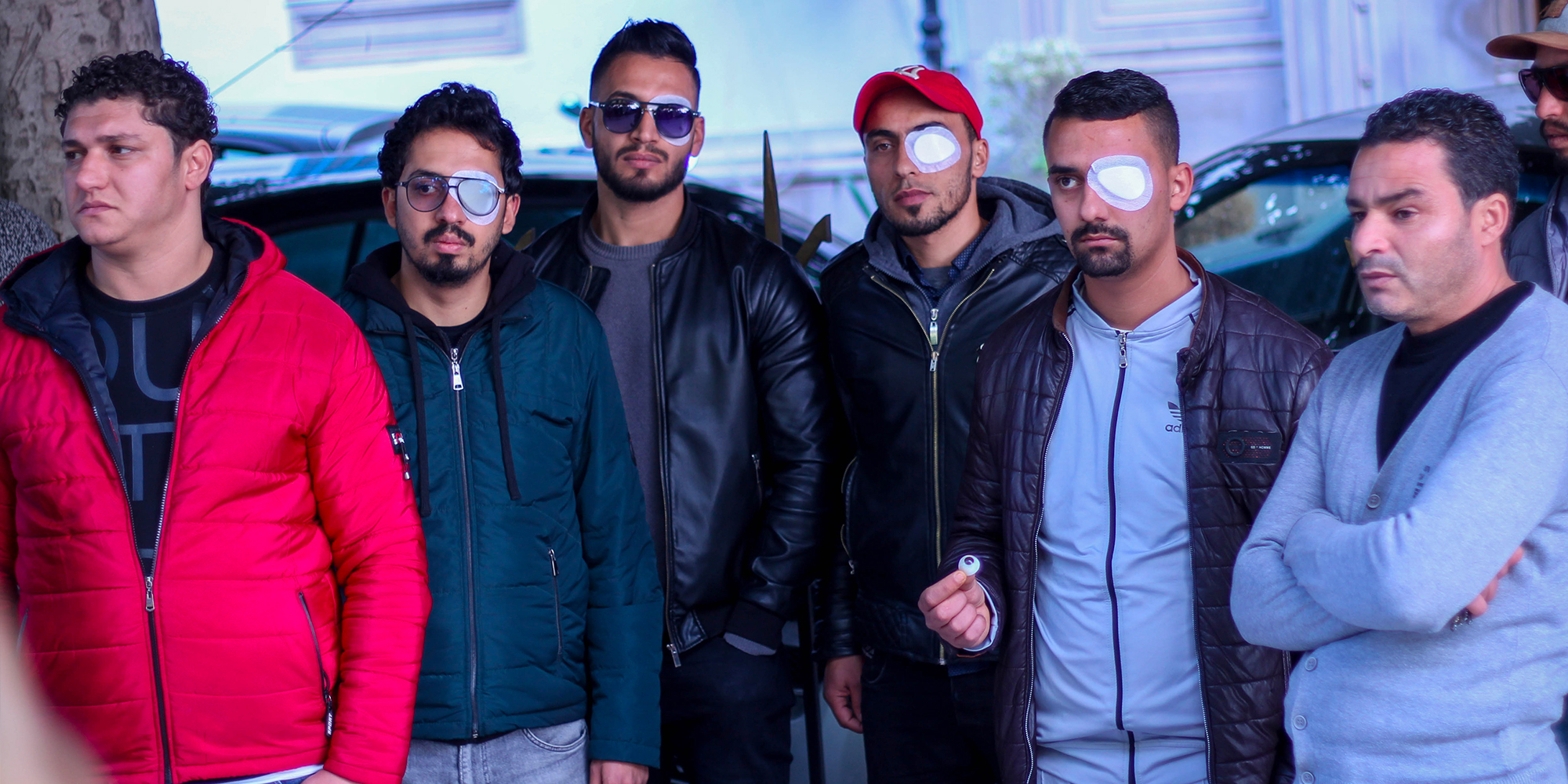 Around 12 of those injured by the birdshot protested in Tunis on December 13, 2021, calling on Minister of Justice Leila Jaffel and President Kais Saied to meet with them and hear their demands. “We want the president to meet us as he met the injured of the revolution and listened to them. We helped you [President Saied] in the elections, and I hope you consider checking our case and helping us too,” Mahjoub Harbaoui, 56, told Meshkal/Nawaat at the demonstration.

Harbaoui has had four surgeries since police shot at his face, losing one of his eyes. It’s a “big injustice,” Harbaoui told Meshkal/Nawaat. “I demand my rights. Nobody supported us…The governor refused to meet us and our request to renew the free transportation and disability cards were also rejected.” 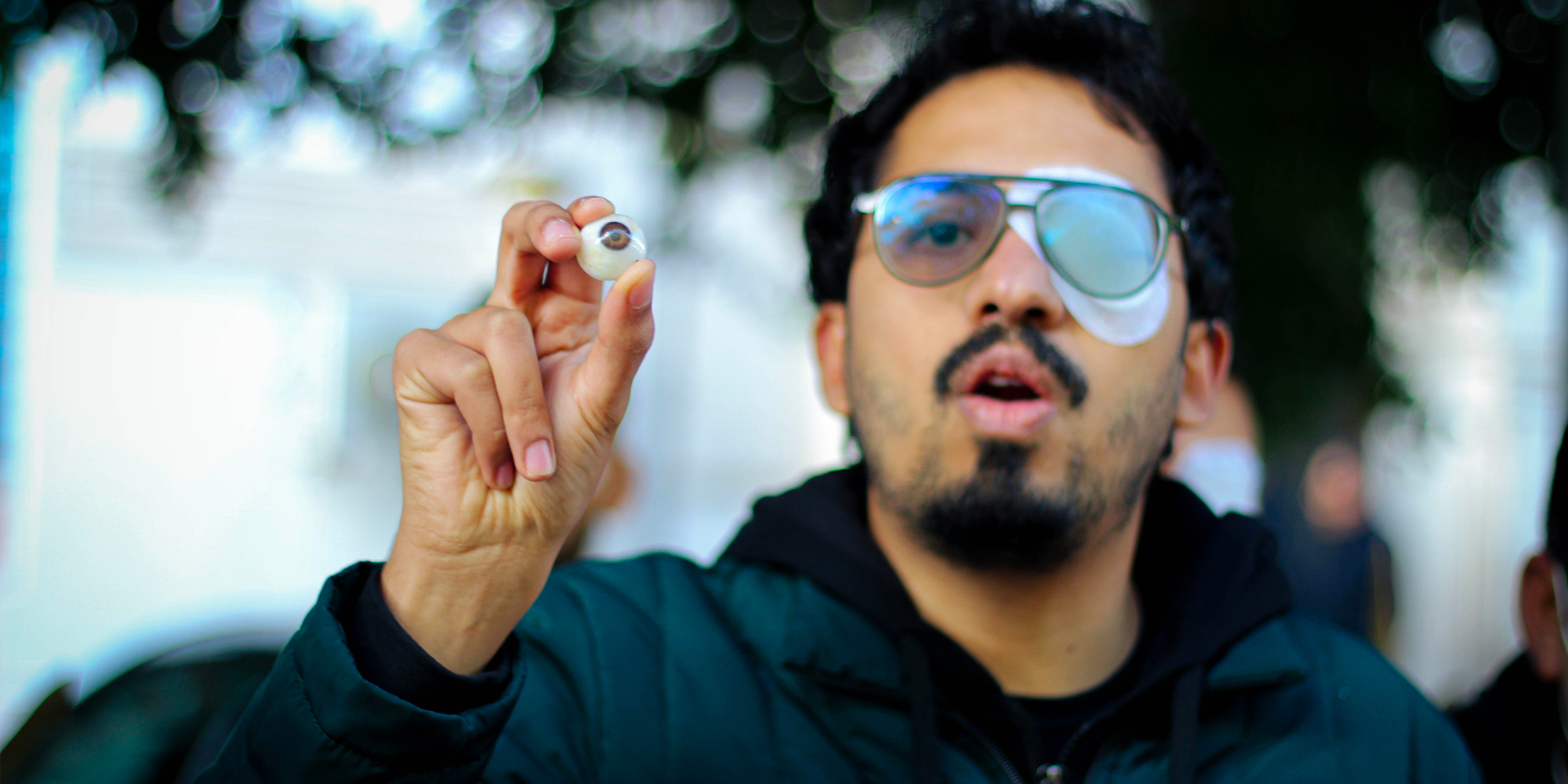 Mansouri explained that it was the Ministry of Transportation responsible for declining to renew public transportation cards for them in 2016. Some of the birdshot victims were granted disability cards—which can be used for both transportation and healthcare according to a UN report from 2017— but others were not. Mansouri, for example, was told that since he only lost one eye he doesn’t qualify for the disability card when he applied last year. “In Siliana, we will not forget birdshots and cartridges,” the protesters in Tunis chanted.

Reaching Tunis from Silliana to protest on the 13th was itself a challenge. Mansouri told Meshkal/Nawaat that police followed their bus during their three hour trip from Siliana to Tunis and stopped them four times for police checks. The fourth time was near April 9 University in Tunis, and Meshkal/Nawaat was there to observe the police, who took the IDs of all the passengers and delayed them 30 minutes before returning their documents, saying they were trying to protect them.

“We were harassed all the way here. We are just here asking for our rights. I can’t see why the police would treat victims the way we were treated,” Mansouri said.