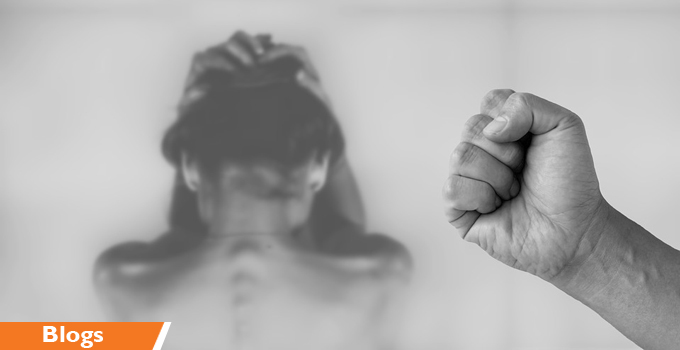 Refka was a 26-year-old woman, mother to a young boy, who had been shot dead by her husband earlier that day. Just two days earlier, on 7 May, fearing for her life, she had gone to the police and the prosecutor to report the abuse she had been suffering at the hands of her husband. While the police registered her complaint and transferred it to the judiciary, her abusive husband was not immediately arrested despite the serious injuries he had inflicted on her. The prosecutor also failed to order any measures to protect her from further violence despite the blatant threat to her safety.

Refka’s story epitomizes the gap between law and practice in Tunisia, where in 2017 parliament adopted the much-lauded Law on Eliminating Violence Against Women, but on the ground, women continue to face an uphill struggle to obtain justice and ensure their personal safety.

Violence against women: New Tunisian law in effect, will it be effective?

Tunisian women continue to experience high levels of violence. According to a survey from the Ministry of Women, at least 47 percent of women experienced domestic violence in their lifetime.These numbers have only increased with the onset of the Covid-19 pandemic. The Ministry of Women announced that in 2020 alone there were seven times more gender-based violence cases compared to previous years.

Karima Brini, President of the Women and Citizens (Femmes et Citoyennes) Association, which is active in fighting violence against women in Le Kef, in northwest Tunisia, told me that the victim had contacted her in distress on the evening of 7 May, two days before she was killed. She was seeking assistance in filing a complaint against her abusive husband. Refka told her that her husband beat her frequently. That day, he had hit and attempted to strangle her. She went to the special police unit in charge of violence against women to file a complaint, but she had found the office closed and was told it was “outside of regular working hours”. Hours later she went to file her complaint at a regular police office. She told Brini that they took her testimony and referred her for forensic examination. At the hospital, the forensic doctor prescribed 20 days of rest. The police then summoned her husband, who is a member of the security forces, to the police station. Refka told Brini that he threatened her while she was waiting in a room in the police station saying: “If you don’t give up the complaint, I will slaughter you.”

Yet despite all of this police officers did not arrest him that day. Refka refused to go back home with him and went to stay with her parents. Brini said that she advised her by phone to file a complaint at the special unit the following day. On 8 May, she tried to call her again but couldn’t reach her. She called an officer she knows at the special unit, who assured her that the unit will take care of the case. Later in the day, Brini said, the officer called her and told her that they investigated the case and transferred the complaint to the prosecutor’s office, who did not consider that the situation warranted an arrest or any other protection order. Brini later found out on 9 May that Refka had been shot with live ammunition and taken to hospital. She died of her wounds later that day.

What is shocking in this story is the utter disregard by the police and the prosecutor of the risks to the victim.

Normally the prosecutor in this case should have either ordered the arrest or advised the issuing of protection orders against the perpetrator, as there were many risk factors: the victim had sustained severe injuries, the perpetrator was armed and he threatened to kill her,

But what is even more astonishing is the legitimization by the judiciary of the decision not to arrest the perpetrator and utterly abandoning Refka to her horrible fate.

The spokesperson of the El Kef first instance court declared that Refka Cherni and her husband appeared before the prosecutor on 8 May and that the reason why the prosecutor kept the perpetrator free was because Refka decided to drop the complaint and to reconcile with her husband in order to “protect the family and her child”. These words speak volumes about the lack of comprehension of the vulnerable position of the victims of domestic violence, who usually sustain a lot of stigma and pressure from families and society to drop complaints and return to their abusive family members. It also shows how state officials are ignoring the new law, which gives the police and the judiciary important powers and responsibilities in protecting women from violence.

The law, which created family violence units within Tunisia’s Internal Security Forces to process domestic violence complaints, gave them the right to impose provisional “protection orders”, by for example ordering the suspected offender to vacate the home, to stay away from the victim and their children, or to refrain from contacting the victim. The judge in charge of such cases is also empowered to issue “protection orders” to prevent any further harm to the victim. In Refka’s case, none of those measures were applied.

In order to prevent such cases in the future, the Tunisian government should take comprehensive measures to protect and support victims of domestic violence. This requires training police, judges and prosecutors about the requirements of the law and holding them accountable when they fail to register complaints, issue and enforce protection orders, and investigate cases. It also means raising awareness about support services for survivors of domestic violence and implement awareness raising campaigns and public education to change social attitudes that are conducive to violence against women.