Tunisia is at a tipping point. Shortly before the celebration of the 10th anniversary of the revolution, authorities announced a lockdown due to the soaring number of COVID-19 cases and banned all demonstrations. But this did not stop people from taking to the streets to protest their dire social economic situation. On 15 January, riots erupted in many cities across the country, with thousands of young people confronting the police. Security forces responded with sweeping arrests and forced dispersal of the demonstrations. More than 1,600 people have been arrested since then, according to the Tunisian League for Human Rights, which also reported several cases of torture and other ill treatment in custody. 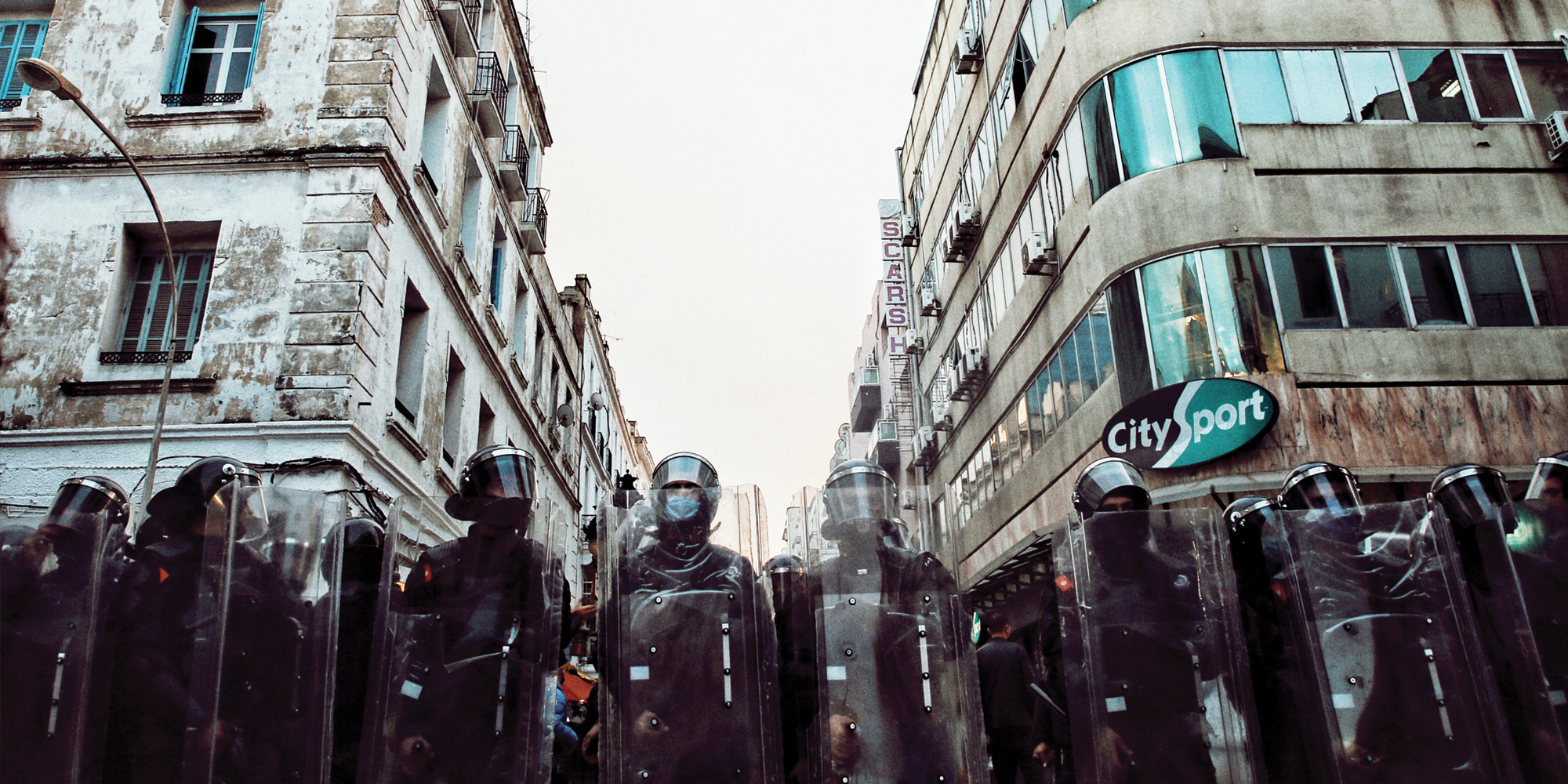 One protest in particular seems to have angered police forces. It took place on 30 January, in downtown Tunis, called for by many civil society and political activists, including opposition groups and LGBTI associations, to protest police abuses and denounce backsliding on rights. During the demonstration, protesters doused anti-riot police with spray paint, some activists wrote on police shields with lipstick, and others taunted them by chanting anti-police slogans. None of the protesters used violence. The security forces, however, responded with outrage and decided to organize strikes, sit-ins and demonstrations in various cities across the country. One of their unions announced that it will “ban all unauthorized protests” in the capital and will “press charges against all the demonstrators who humiliated the police.” 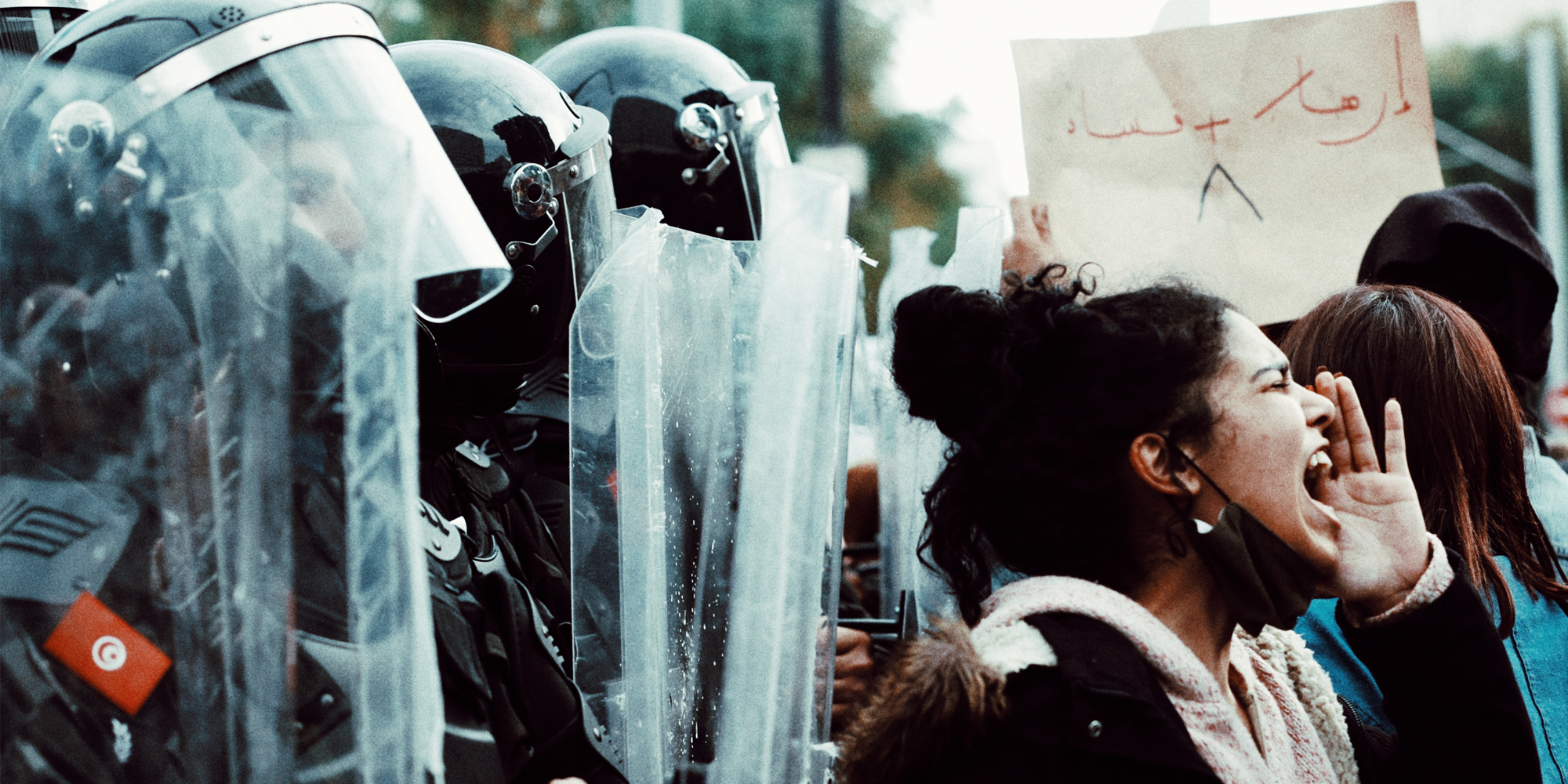 These threats come at the height of political turmoil in Tunisia, with a lingering crisis between the President of the Republic, the head of government and the parliament. Prime Minister Hichem Mechichi, who dismissed the Minister of interior and took his position in the interim, proposed a cabinet reshuffle which passed Parliament’s vote, but is blocked by President Kais Saied. After the release of the union’s statement, Mechichi met with union representatives and commended their professionalism, stating that some protests”crossed the legitimate limits of peaceful expression of social demands”.  Noticeably absent from his comments was any warning that police violence and abusive behavior will not be tolerated.

Political complacency with police violence, coupled with inflammatory rhetoric from the police unions, is a perfect recipe for abuse.

For example, shortly after the police unions sit-in on 2 February, security forces marched towards the First Instance Tribunal of Sfax 2, where several human rights and political activists were gathering in solidarity and support of young demonstrators from the city of Thyna arrested during the social unrest, whose trial was scheduled that day.

Badreddine Msekni, a political activist, described how members of the security forces advanced towards the gathering, chanting slanderous slogans against activists before attacking him.

I was standing in front of the tribunal and I saw a big number of police cars driving in our direction, followed by hundreds of police officers. I ran towards a café close to the tribunal, but at least 10 policemen in both civilian clothes and uniforms caught me, they shoved me, and I fell on the floor, they insulted me and beat me everywhere on my body. I was screaming that I had a cardiac disease and a scoliosis, and told them to stop, but they continued, and one of them said “so what if you die”. They continued for few minutes, until I lost consciousness. When I woke up, some comrades took me to the hospital.

These kind of abuses against protesters are not new. But what is even more worrying this time is the free rein police unions are openly being given by the authorities to threaten protesters and derail human rights gains made during the past few years. 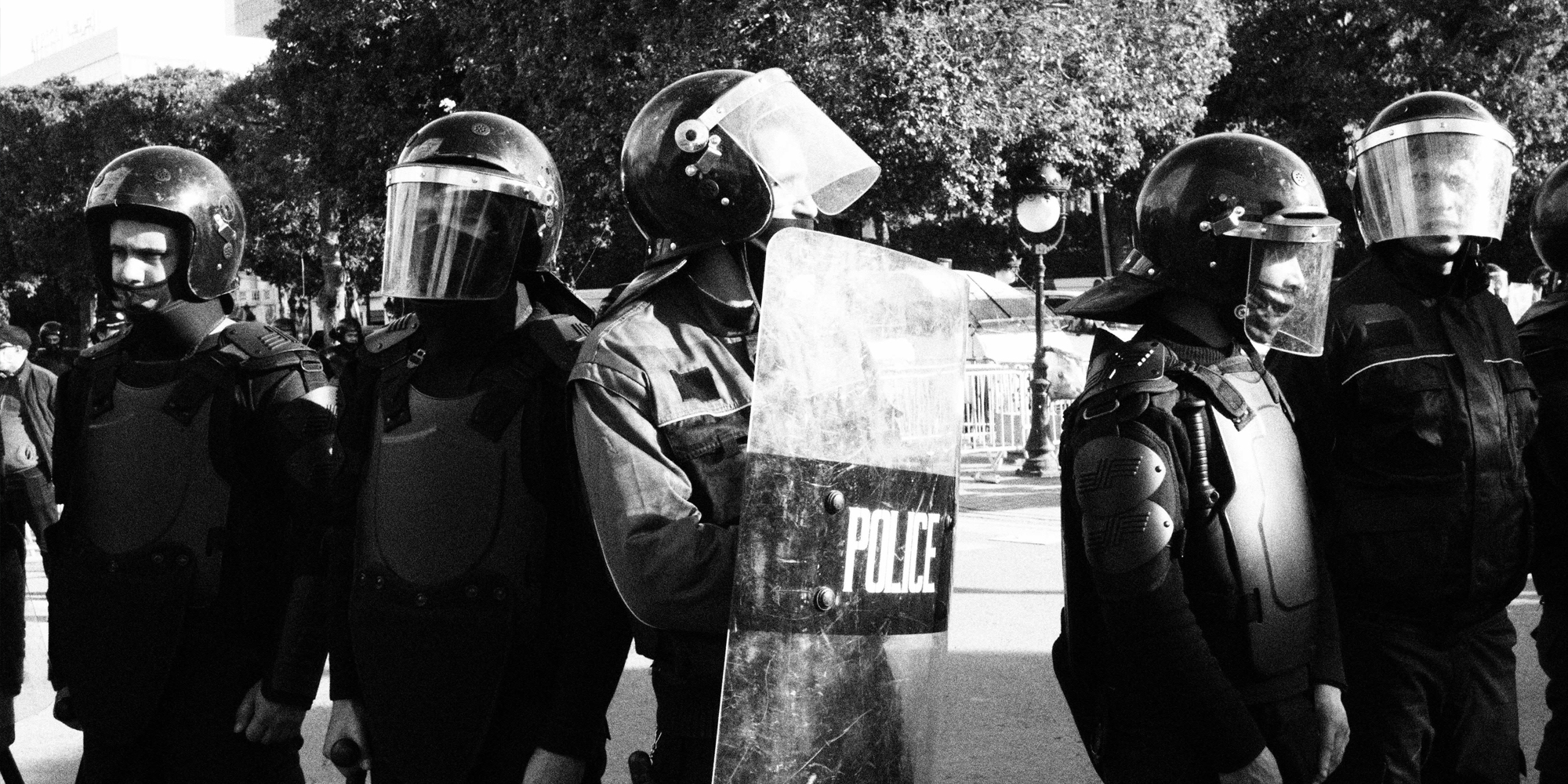 Tunisia’s future hinges on the country’s ability to rein in its security forces and make them accountable for their misconduct. So far, the country’s efforts have been woefully insufficient, leading to the back sliding that we are witnessing these days. The security apparatus needs comprehensive reform to transform it from a black hole into a transparent and accountable service. At this time of acute tensions and heightened unrest, the need for accountability and the end of impunity for the large-scale human rights violations committed by the security forces is needed more than ever before.