Tensions between central and local authorities emerged with publication of the Presidency’s Circular 9 of March 25, 2002 regarding « mandatory coordination with the supervisory authority prior to the adoption of measures and procedures combatting the spread of the Coronavirus ». Indeed, the initiative suscitated criticism from legal experts and certain local governance actors.

The circular in question calls upon ministers, secretaries of state, governors, mayors and public institution officials « to not take measures outside of the framework of decisions announced by the government » and highlights « the necessity to refer to the supervisory authority beforehand » if additional preventative measures are taken. But public law professor Afef Marrakchi says that this procedure, which accords a certain preeminence to central government, is neither compliant with the Constitution nor with Organic Law 29 of 2018 concerning the Code of Local Collectivities. 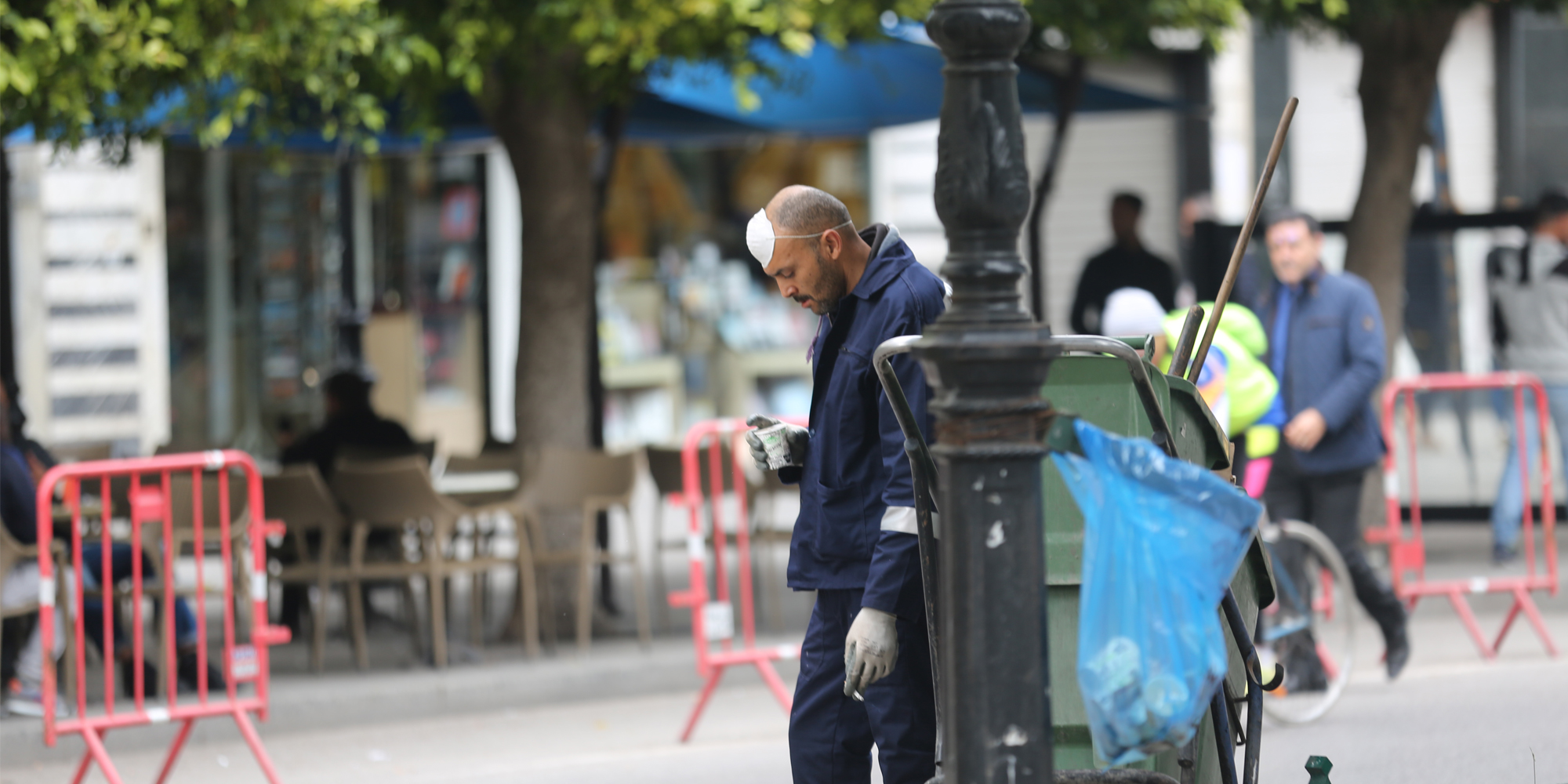 In an interview with Nawaat, professor Marrakchi indicated that « from a formal standpoint, circulars are not a means for government to deal with local authorities ». Local authorities’ powers are conferred by the Constitution and Code of Local Collectivities. A circular, on the other hand, is considered « an internal procedure that facilitates relations within an institution or between a minister and regional director ».

According to Marrakchi, a circular contains concepts that are « legally implausible » such as a « supervisory authority » and « prior approval ». The constitution upholds principles of administrative freedom for local collectivities and ex post judicial review. For the public law professor, this denotes the « Prime Ministry’s lack of legal knowledge ». In this context, she called for « coordination between central and local authorities in respecting each party’s powers and scope of intervention ».

Professor of constitutional law Moôtaz Gargouri defends a similar position. During a webinar on the theme « Local authorities in the time of Corona », he pointed out that « the circular issued by the head of government contains terms that are non-compliant with the Constitution, since no authority is supposed to supervise municipalities ». In this sense, Gargouri laments the « condescending discourse addressing local collectivities », considering that such rhetoric has been « eclipsed by current events ». He added,

It would have been better to commend the work carried out by local collectivities, then to discuss the necessity of coordinating between regional and central authorities to deal with the epidemic.

In these exceptional circumstances, notes Professor Marrakchi, France published exceptional legal texts to manage citizen affairs. These texts stipulate the necessity of « respecting the powers of local collectivities » since decentralization is a « sacred principle » in French law, Marrakchi remarks.

Tunisia offers a contrasting example. On March 26, Prime Minister Elyes Fakhfakh addressed parliament during an examination of the draft law intended to authorize him to promulgate decree-laws, stating, « No decentralization in a time of crisis, and in a time of war, there is no place for interpretation. We must come back to the centralization of decision-making ».

The prime minister’s push for joined efforts in implementing the decisions made by central government (including curfew and national confinement) was cause for concern for the Tunisian Confederation of Mayors. Adnen Bouassida, president of Raoued’s Municipal Council and of the Tunisian Confederation of Mayors, considers that the government circular « contradicts the law ». Bouassida nonetheless confirms his readiness to « stand with the regional and central authority against the Coronavirus ».

As Bouassida explained to Nawaat, « the central authority cannot face the Coronavirus without local authorities ». « Municipalities are on the front line since the announcement of the first case on March 2 with the creation of crisis cells within municipal councils in collaboration with businessmen and civil society », he noted. He further indicated that the local authority had proved proactive, taking preventative measures like sterilization procedures, preventing gatherings and closing wedding halls. According to Bouassida, these measures have born their fruits. The proof:

The regional authority took the same measures, but at a late stage compared with the municipalities.

In the same context, mayors of municipalities in the governorate of Manouba published a joint statement on April 2. The mayors of Tozeur followed suit shortly thereafter, calling regional authorities to « boost relations with towns to the level of an effective partnership ». They expressed their « refusal of the non-communication of information concerning the health situation, particularly the list of infected individuals ». The mayors considered that this information « would help municipalities confront the spread of the virus ».

On April 4, the Interior Ministry and Ministry of Local Affairs issued their own joint statement, calling to strengthen coordination between public authorities at the central, regional and local levels. The statement urged authorities to « avoid lack of cohesion and fragmentation of decision-making amongst public authorities at all levels » while recalling the demands of the Constitution and Code of Local Collectivities as a means to reinforce decentralization.

Article 132 of the Tunisian Constitution stipulates that « local collectivities manage local interests in accordance with the principle of administrative freedom ». This principle aims to put an end to central government’s control over towns’ management of administrative affairs so that they are free to determine their development options. The Constitution also abolished preliminary review of municipal councils. In fact, Article 138 specifies that « local collectivities are subject to post ex review with regards to the legality of their actions ».

Gargouri furthermore affirms that mayors dispose of a supervisory authority pursuant to the Code of Local Collectivities, Articles 266 and 267. In its second paragraph, Article 266 stipulates that « A town’s mayor enacts regulations relating to circulation, hygiene, security, peace, the aesthetic of the town and environmental preservation of its entire territory, including public state property ». Article 267 indicates that municipal regulations aim to « ensure peace, public health and preservation of a pleasant living environment ». Among these prerogatives are « the prevention of accidents and calamities by all appropriate means, as well as necessary measures to face fires, floods, catastrophes, epidemics, infectious and epizootic diseases ». Here it is clear that procedures and regulations adopted to fight the Coronavirus are indeed within the powers conferred upon local collectivities. And it is in accordance with the principle of administrative freedom that many municipalities have adopted preventative measures. One case in point is a measure adopted by the municipality of Ariana on April 7.

Speaking on Radio IFM, Ariana’s mayor Fadhel Moussa explained that the objective of the measure in question was « to codify procedures without a legal basis ». For instance, requiring regional authorities « to inform municipalities of new cases of individuals infected with the Coronavirus in order to take the necessary precautions ». Moussa furthermore evoked « measures relating to public spaces such as parks, municipal markets, gaming rooms, etc. ». The measure in question is mandatory, subjecting violators to prosecution.

On March 10 in the governorate of Sfax, the Chihya municipality asked merchants to apply hygiene regulations and sterilize their stores. The following day, the municipal pool of Monastir was closed until further notice following a decision taken by town hall. On March 13 in the governorate of Tatatouine, the town of Ghomrassen decided that only newly-weds and their witnesses could attend wedding ceremonies held at town hall. On March 19, the municipality of Manouba announced the closure of two hammams and two cafés, considering that their owners had violated confinement directives. 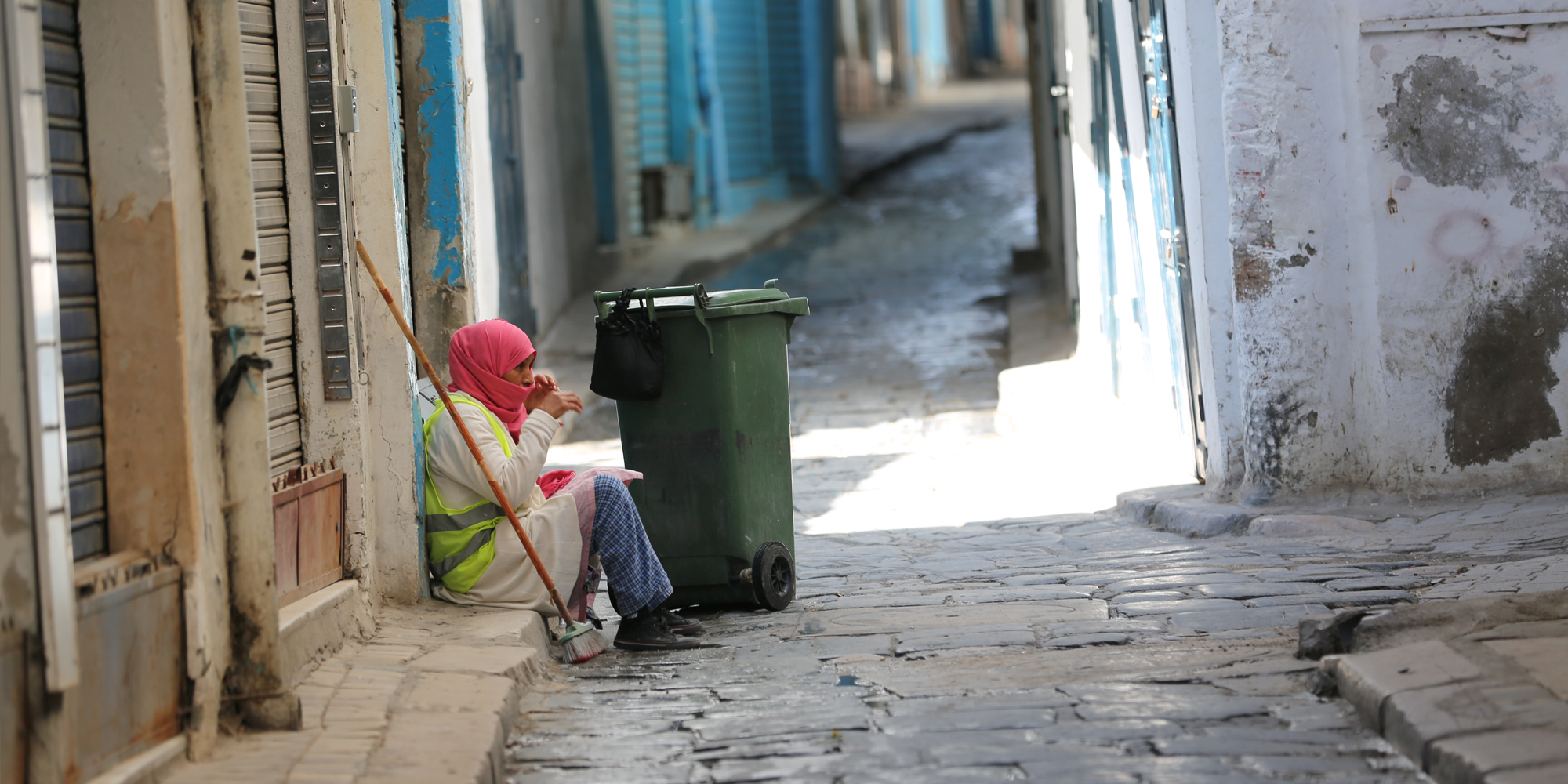 Administrative freedom and unity of the state

Fadhel Moussa highlighted mayors’ prerogatives, as defined by the Code of Local Collectivities. More specifically, Moussa mentioned measures aiming to preserve citizens’ health and sanctions for violations as per Government Decree 152 dating from this year. The decree’s Article 3 holds that « Any violation of restrictions, prophylactic and control measures taken or ordered by the health authority subjects the violator to sanctions prescribed in existing legislation ». Municipalities are thus expected to conform locally to national legislation.

From a legal standpoint, this responsibility falls within the principle of « unity of the state » as defined by Article 4 of the Code of Local Collectivities. Article 4 stipulates that « each local collectivity freely manages local interests pursuant to the principle of administrative freedom, provided that it upholds unity of the state ». A municipality’s responsibilities are also defined by the code’s Article 25:

Local collectivities dispose of a regulatory power that they exercise within the limit of their competencies and regional jurisdictions, and are subject to legislative provisions and regulations at a national level. Decisions fall into the categories of municipal, regional and district decrees.

For his part, Professor Gargouri indicates that Article 49 of the Constitution is the « reference » for resolving potential jurisdictional conflicts between the central and local authorities. Article 49 holds that,

The law defines restrictions relating to Constitutional rights and freedoms, without fundamentally challenging those rights and freedoms. These restrictions can only be established in response to the requirements of a civil and democratic state, and in order to preserve the rights of others or the imperatives of public safety, national defense and public health.

Gargouri considers that « restrictions to rights and freedoms are made out of necessity. The current situation constitutes an exceptional health necessity that requires certain exceptional measures, like, for instance, restricted freedom of movement as part of preventative measures, all the while taking into account the principle of balance between rights and freedoms ».