A national confinement was imposed on March 22 in order to ensure maximal social distancing. The government accordingly adopted strict measures to limit circulation between cities and even within neighborhoods. Stores, establishments as well as public and private businesses were closed with the exception of those specializing in health, energy, communications, food and cleaning products. This exceptional situation in Tunisia has been marked by the abuse of power and rights violations against some citizens.

It wasn’t until April 13, three weeks after the start of confinement, that the government held a ministerial meeting during which a series of measures were announced to slow the propagation of Coronavirus. Eventually, these measures are to become the object of decrees. Since March 22, the government has managed the epidemiological situation and dealt with individuals who violate the curfew according to interpretations by different ministries, without any legal basis. 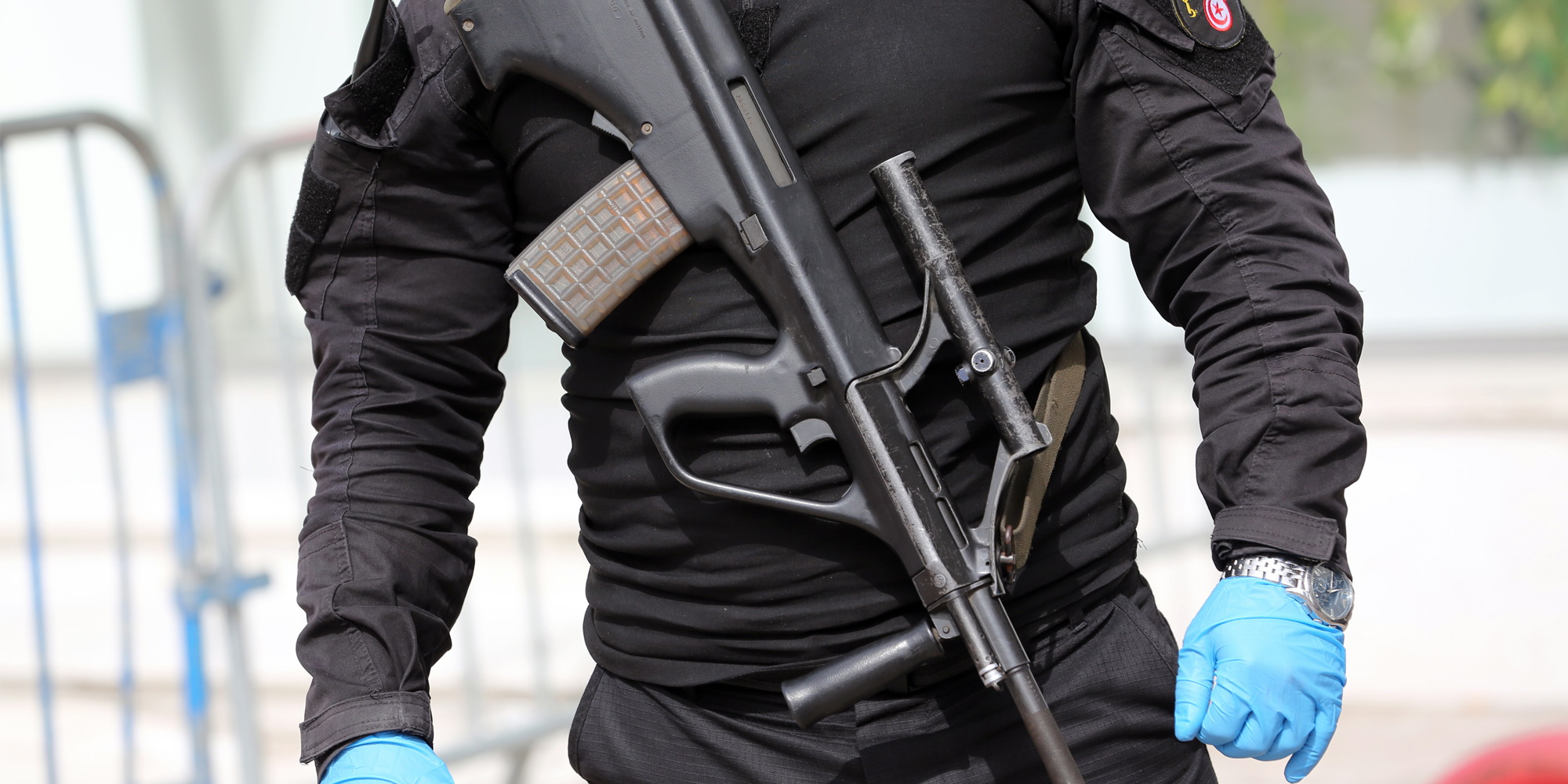 The need for a legal framework

The measures adopted by the government to impose a national confinement and night-time curfew were initially incompatible with citizens’ needs. Hundreds of individuals, especially retirees and those from the poorest segments of the population, were forced to crowd before post offices in order to collect their benefits. The rush to stock up at grocery stores also resulted in gatherings conducive to the spread of the contagion.

Individuals who violated confinement and curfew rules were gathered together in detention centers. However, detention centers like the one at Bouchoucha are chronically overpopulated. The Organization Against Torture in Tunisia (OCTT) observed in a statement that repression of individuals who have violated the confinement is regulated by Law 92-71 of 1992 which stipulates a punishment of one to three years imprisonment for « anyone who by his behavior deliberately contributes to spreading the illness from himself to others ». The same law holds that « no person hospitalized involuntarily can take it upon himself to leave the establishment to which he was admitted, even for a short period ». Failure to respect this measure is punishable by one to six months imprisonment. In either case, the law stipulates that offenders’ terms be served in the « appropriate hospital setting ».

Police abuse of power has been apparent since confinement was first enforced and even before a governmental decree imposed a 50 dinar fine on violators. Certain members of security forces have used unwarranted verbal and physical violence against citizens. A video widely shared on Facebook exposed the shocking arguments used by police in Bardo to incite citizens to go home.

Tunisia’s government enforces the national confinement and curfew on the basis of Decree 78-50 of 26 January 1978 regarding the state of emergency. This decree grants the Interior Ministry exceptional prerogatives that include banning the circulation of people and vehicles, ordering house arrests, banning gatherings, closing stores, controlling the press, publications, radio and television shows as well as film and theatrical performances. All of this without any prior legal authorization.

But the OCTT considers that the Interior Ministry has resorted to using sanctions without any legal basis. In this context, the organization has denounced in particular the confiscation of driver’s licenses, vehicle registration papers and the vehicles themselves. Tunisian traffic regulations, however, stipulate that a driver’s license can only be confiscated in specific cases that do not include a confinement violation. The OCTT has thus recommended hastening the codification of confinement violations so that they are no longer judged according to the whims of interpretation. 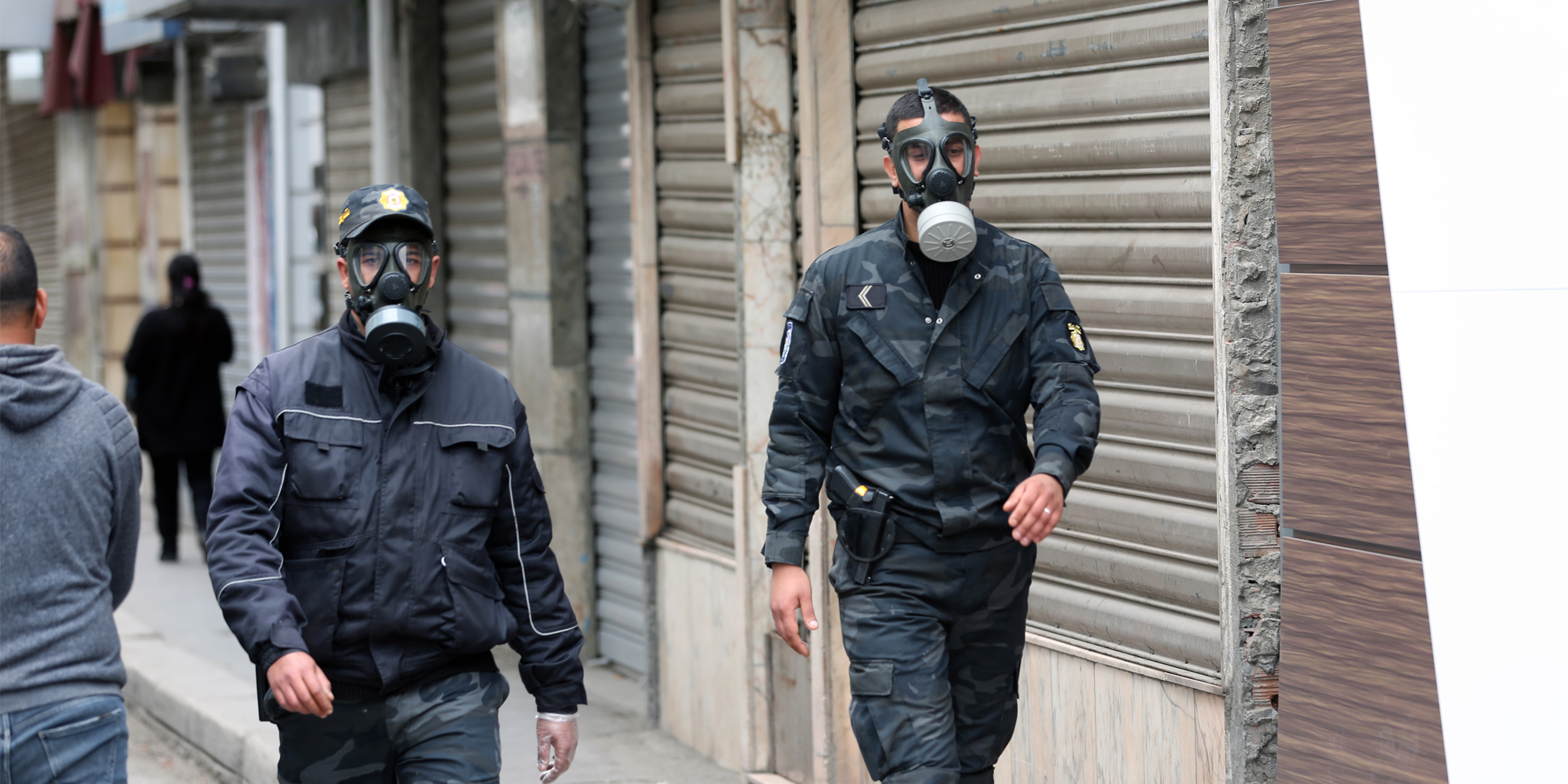 Exempt in theory, assaulted in reality

Tunisia lags behind when it comes to e-commerce and financial exchanges. The difficulties confronted by citizens hoping to take out their money from banks and post offices during the confinement period are proof of this. Some businesses, however, in attempting to facilitate these services became victims of harassment in the midst of their efforts. On March 27, police apprehended a motorcycle driver making home deliveries although he was carrying the necessary authorizations. The delivery person later complained of the aggression he endured and stated in a video diffused on social media that he had been beaten by police. The Interior Ministry subsequently summoned him to the police station where he had been assaulted so that he could recover his papers. But a surprise was awaiting him at the station on March 30, when he was arrested after consultation with the public prosecutor for « diffusing fake news that disrupted public order ».

Police harassment has also left its mark on volunteer-run fundraisers for hospitals and poor families in different regions throughout the country. The president of the organization I-Watch, Achref Aouadi, was apprehended by law enforcement while he was collecting medication that he had planned to send to Djerba in an ambulance. The activist was ultimately arrested at the detention center in Bouchoucha for having violated the curfew. The ironic part: Aaoudi supports the national prevention effort against Coronavirus. He has provided a number of hospitals with sterilization products and medication. 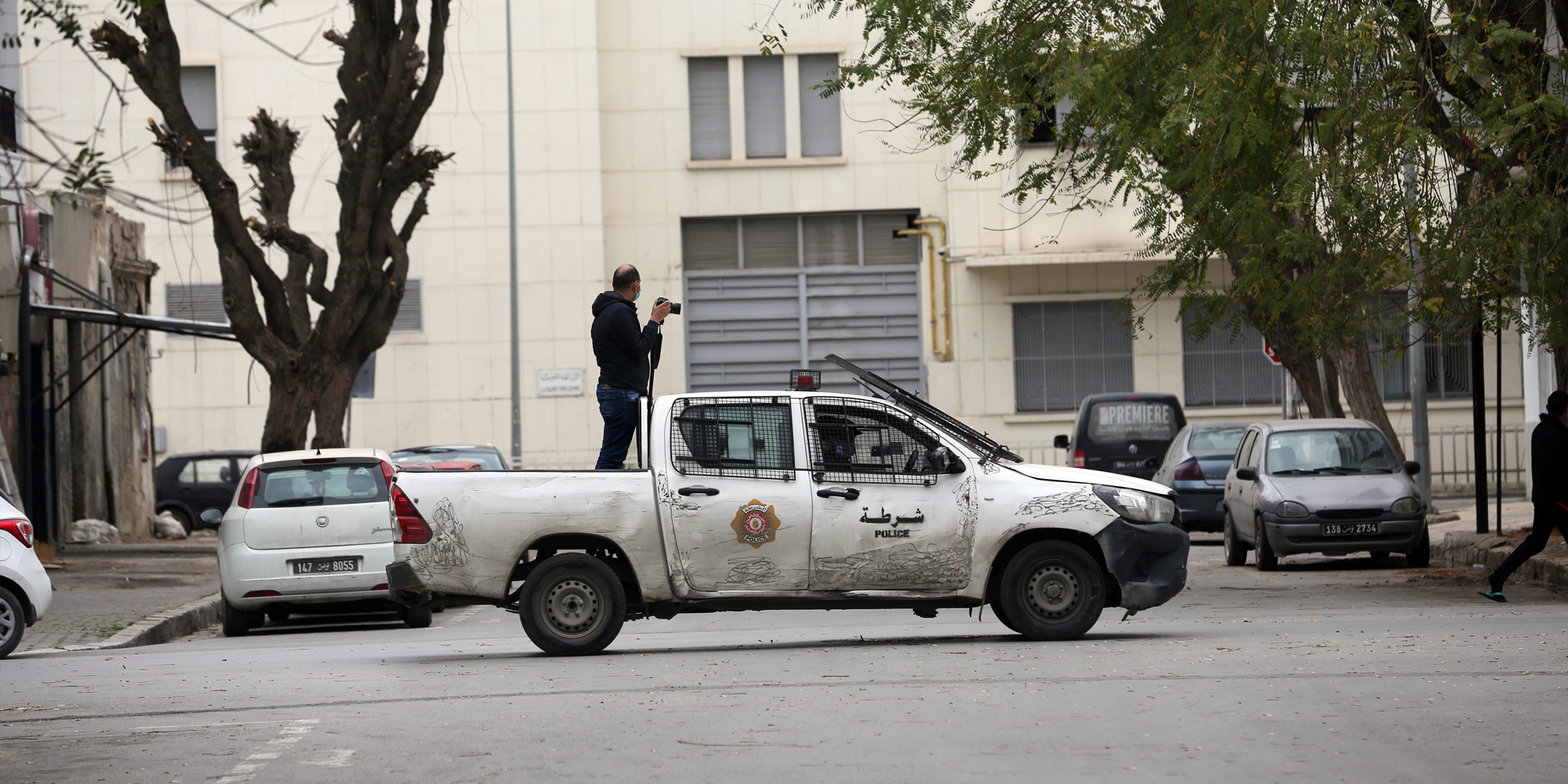 Journalists and bloggers have also been the victims of  police abuse of power. In the governorate of Nabeul, Shems FM journalist Montassar Sassi was arrested by security forces while he was working. Sassi was photographing the arrest of a businessman who had evaded mandatory quarantine with his wife. The journalist was arrested and detained for two hours by police who ordered him to erase the photographs and videos that he had taken « for not having authorization ».

In the neighborhood of La Goulette, police arrested the young blogger and student Mohamed Amine Saadou for « inciting public disorder ». The young man was apprehended by security forces after having diffused a video on Facebook in which he mentioned the sterilization materials used by the municipality. After the municipality filed a complaint on March 25, Saadou was arrested and detained for two days at Bouchoucha, a detention center particularly susceptible to the spread of illness due to its overpopulation. Although the student was subsequently released, his case has yet to be closed.

Exceptional circumstances and the severity of the situation in Tunisia are by no means justification for abuse of power, arbitrary law enforcement and the use of violence against citizens. Indeed, it is by treating citizens as partners and not by imposing arbitrary measures that the government can strengthen national solidarity against threat of the spread of Coronavirus.