It was thus only 35% of registered voters who headed to the polls on Sunday. Were it possible to determine the total of potential voters, the number would drop even lower. Tunis 1 had one of the lowest participation rates at the national level with 26%. In a country where citizens who don’t participate in elections are stigmatized as poorly-informed, even « ignorant » or « failed citizens », we wanted to find out the causes of abstention but also, in some cases, the causes of voting. And so we sought out the rare places where the municipality has taken the initiative to make a change for the well-being of residents. We found ourselves in Place Halfaouine in the neighborhood of Bab Souika, and Place de la Monnaie downtown where we chatted with passers-by. 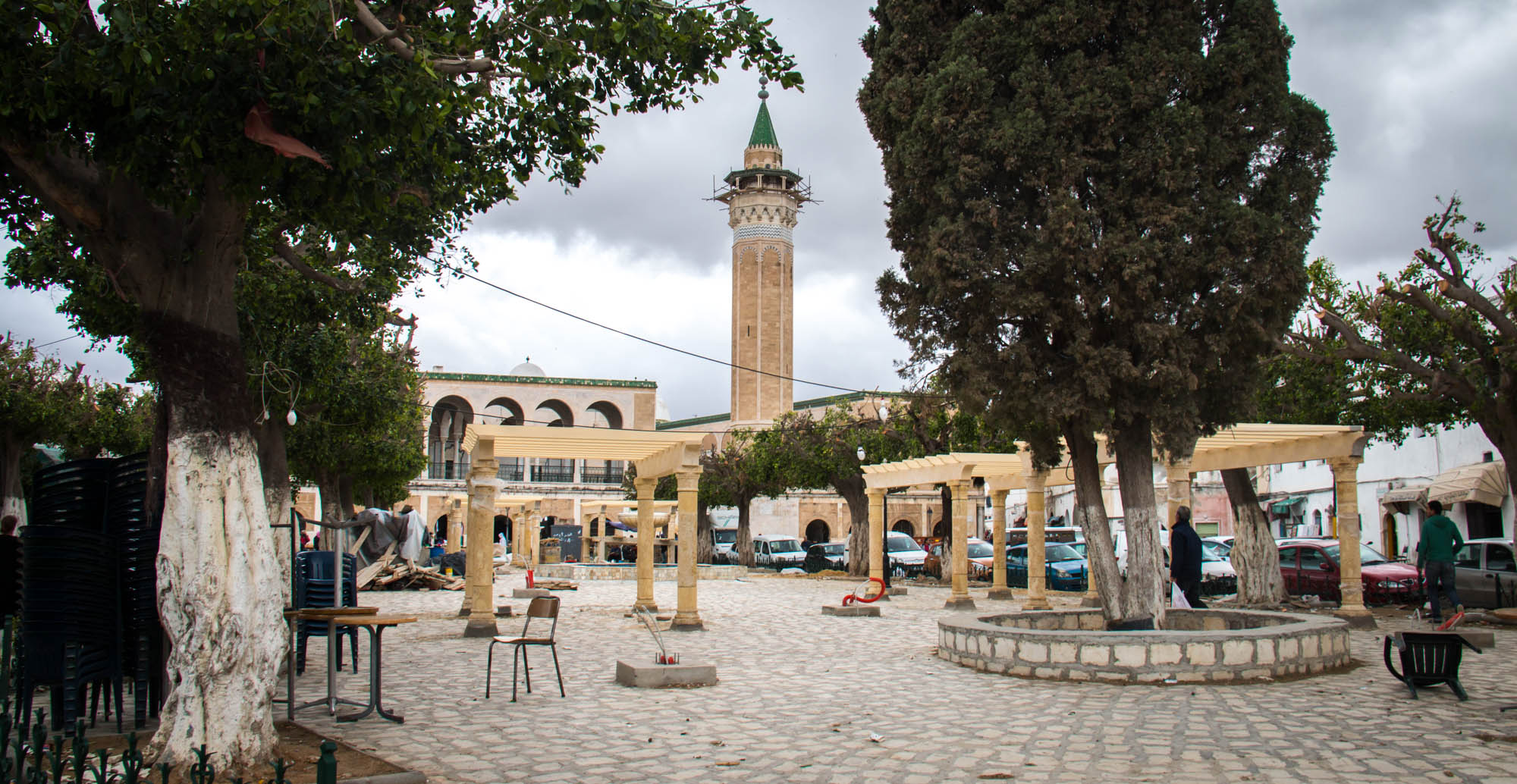 In search of lost confidence

Place Halfaouine has been undergoing renovation works since last December. Cobblestones and a few columns have replaced the squares of green space. Improvements rarely seen in the public squares of Tunis. At the site where the market takes place, one can still remember the tears shed by Béji Caid Essebsi as he looked upon the empty market bag of a woman suffering from the burden of inflation. Since this pre-electoral performance by the President, the rate of inflation has increased by 22%. It is therefore no surprise to hear bitterness in the laughter of those who recall the scene. « It was a farce », a group of elderly men say in unison as they sit around a tea kettle in corner of the square. All of them are unemployed. Out of the ten or so of them, there is but one who seems to want to vote: « I want the bicycle. I’ve heard that it’s the bicycle that will handle the situation ». The bicycle is the symbol of the Democratic Current, alias Attayar. The party finished third in this voting district, after Ennahdha and Nidaa Tounes with 12.38% of votes. For the others, it’s without hesitation that they will abstain from appearing at the polls. When we point out that the place was renovated thanks to the municipality, one of them tells us to go see for ourselves the panel describing the works. « Before it was written 329 thousand dinars and they erased it to write 170 thousand dinars, if that isn’t suspicious… » he says indignantly. Another, some fifty years old, is even more cynical: « These stones aren’t going to feed us », and adds, « I can’t even smoke any more. I spent 2 hours in order to track down a packet of Cristal for 2.2 dinars ». 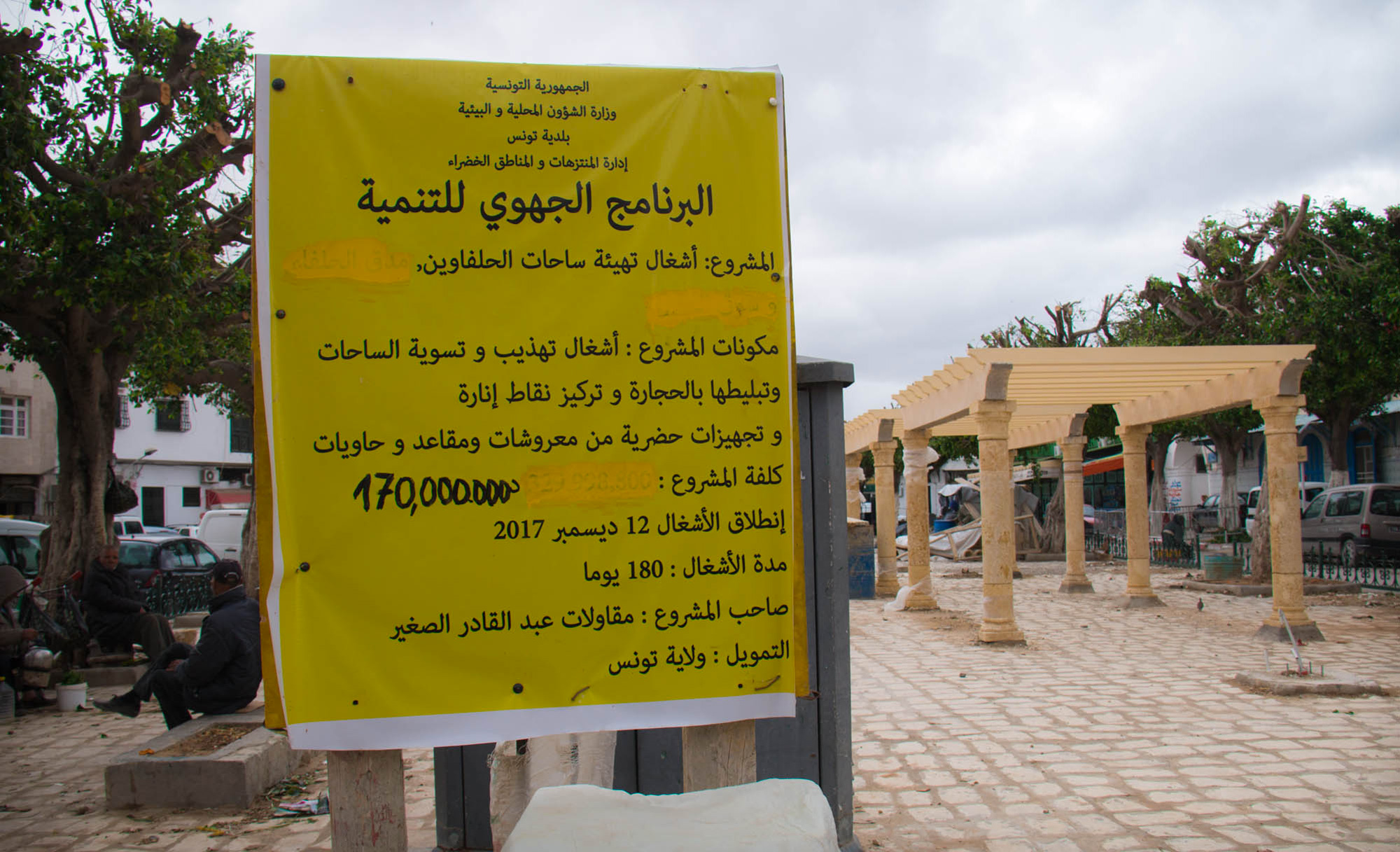 Prices, unemployment, concerns far removed from the stakes of a local election—and yet this is what everyone evokes. « They talk to us about municipal elections while we see people dying of hunger around us. I know people in the neighborhood who only eat when meals are served for funerals », says Bilel, a salaried employee in a travel agency, who we find sitting in a café. When we mention the renovation works, he is mistrustful: « It’s these works which convinced me not to vote. Already, there’s the timing: just a few months ahead of the municipal election, they decide to do something at Halfaouine. Then, there’s the price: a renovation like this doesn’t cost more than 60 or 70 thousand dinars, not 170 ». Hosni, who has just retired, notes, « It’s certain that there’s corruption and poor management, but this doesn’t deter me from voting ». In response to his friend’s doubts regarding the real cost of the works underway, he adds, « What we need in Tunisia is a revolution of confidence ».

« Here, there is no trickle down »

In another café, we come across a few youth from Bab Souika. Moez is the only one who will go to the polls on Sunday, to vote blank. « I’m an observer with a party, but I wouldn’t even vote for them—they’re corrupt », he confides. Next to him, Mohamed Ali who works in design tells us « I print programs for the parties. I’ve read a few and I can tell you that I’m not going to vote this time. They write programs without knowing the area. There are those who propose the construction of green spaces at Bab Souika, but there is not a single free space here, they’ll have to destroy houses for their green spaces ». In the past, the majority of youth in this group were involved, they voted and even observed elections. But today, they refuse. « The problem is that no one has a real project, and they only work for their interests », Mohamed Ali says regretfully. « I can see myself voting in a country like Germany, where it actually makes a difference, but not here. I realize that there too politicians only act in their own interests, but there at least, the trickle down reaches the weakest. Here, there is no trickle down ». 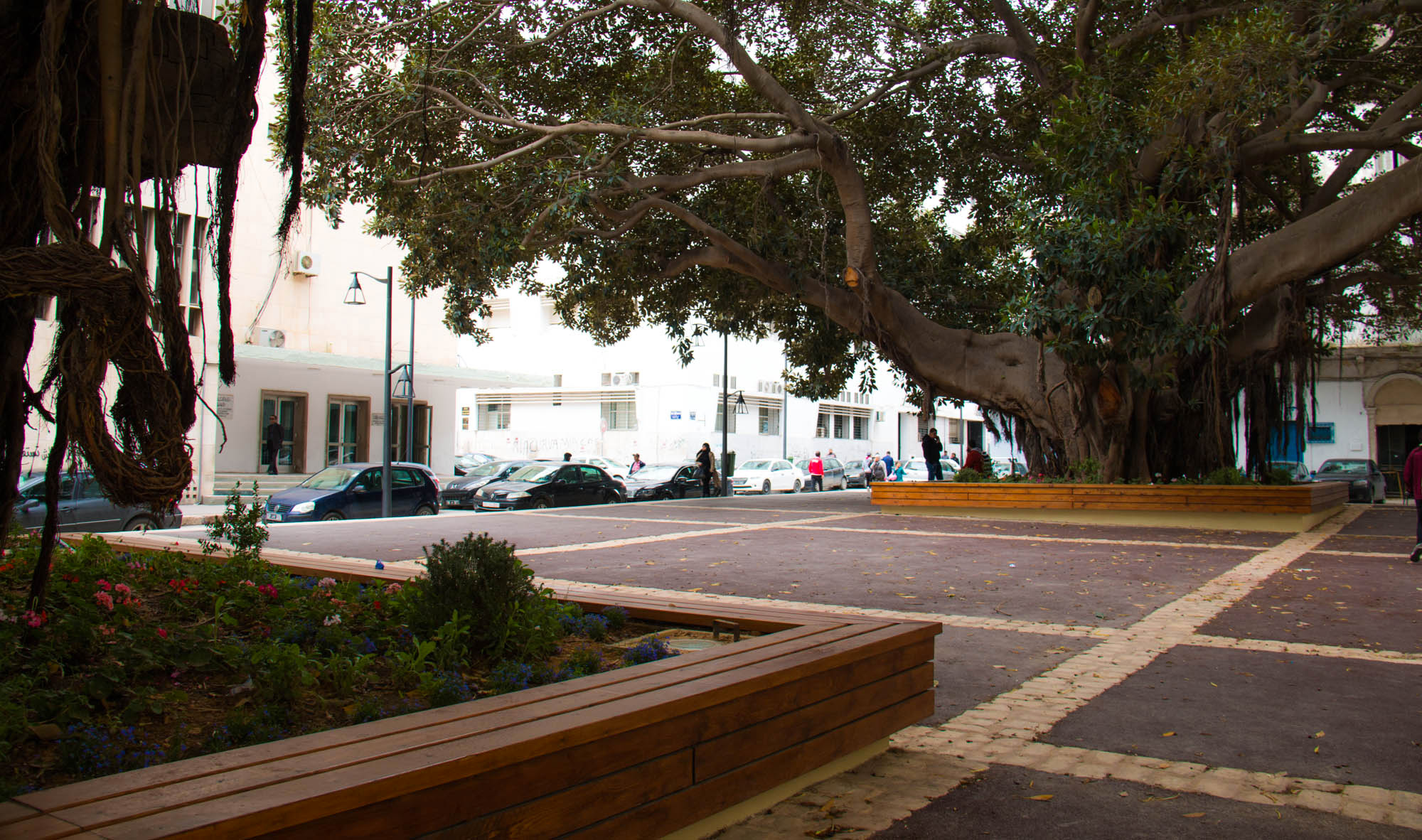 Next we make our way to Place de la Monnaie, at the end of Petite Malte Street which has just been renovated. Two centenarian trees which offer shelter overhead have been surrounded by flowers of all kinds and rows of wooden benches. The make-over of this space, previously a source of contention owing to heaps of waste that had accumulated here, nonetheless failed to inspire the enthusiasm of residents. One of them shares a pessimistic diagnosis: « Come back in six months and you will see that the flowers and benches have already been uprooted. Whatever they do here, it’s of no use. The problem is people’s mentality ». We also come across a group of young people who are all going to vote: « We have a friend who is running on Attayar’s list. He’s a guy we can count on, he helps everyone in the neighborhood, so we’re supporting him », volunteers one. When we ask what they think about the renovation, another furrows his eyebrows and tells us, « Actually, now that you mention it, I realize that the works were finished just before elections. I think they’ve done it on purpose ».

Indeed, the calendar doesn’t appear to have been chosen by chance. Upon arriving at the end of Mongi Slim Street, we notice a handful of wooden benches at Place Bab Bhar that weren’t there just a few weeks ago. It’s almost enough to make one wish that the campaign lasted just a little bit longer.