Harkati stops in front of a café at La Marsa, not far from the sea, where a neighborhood cat is waiting expectantly outside the door. The cat remains here, undaunted by foot traffic, for the hour plus that we sit at a table nearby. The barista brings two black coffees. « I love coffee by the way », says Harkati, « but I’m trying to get rid of it. It’s not easy… it’s a friend after all. I spend a lot of time with coffee and cigarettes, thinking, writing songs and other stuff, listening to music… ». He continues, « Some people can write a song in 20 minutes or an hour. They write all the time and then collect songs to make an album. For me, writing is periodic: every two to three years I have a theme, both musically and in terms of subject matter, that I want to write about ». 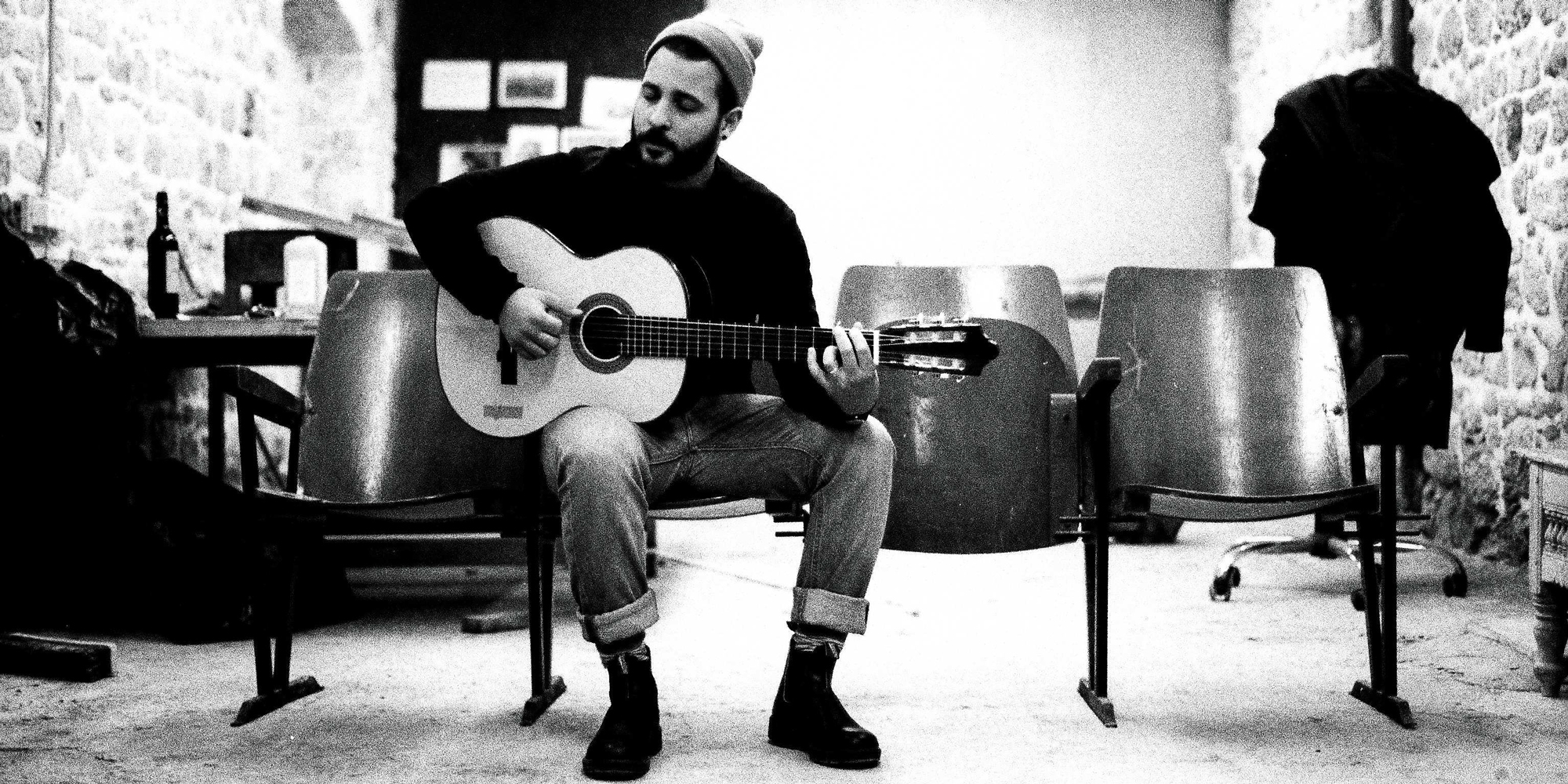 The singer released his first album, « Dive » in 2013, and three years later came out with his second LP « The Shift ». His newest album, « Helwess » will be released next September. The project is the fruit of collaboration with Aytma, formed by drummer Youssef Soltana, bassist Marwen Soltana, pianist Selim Arjoun and guitarist Hedi Fahem. « I started to write in late 2016 and met the guys in autumn 2016, so I had already written a lot of the lyrics. Before starting the project, we talked a lot about music. We gave each other stuff to listen to in preparation to create. I continued writing through the process, and they inspired me a lot to complete the rest of the songs ».

« Music is all about sharing »

The project, explains Harkati, is based on sharing the music, a concept that is not a given in the industry, either in Tunis or abroad. Berlin, he notes, was an eye-opening exception: there, he found a music scene that was « full of sharing. Before, I wasn’t conscious of this. I would always play alone. Sure, this was positive in some ways, but the other side of this is egoism. I realized this and started to open up. It’s like if you and me are here with two others and there’s a plate of couscous in front of us with four spoons. Music is all about sharing. A lot of people haven’t learned how to share. I’m one of them, and I’m trying to work on this a little bit ». 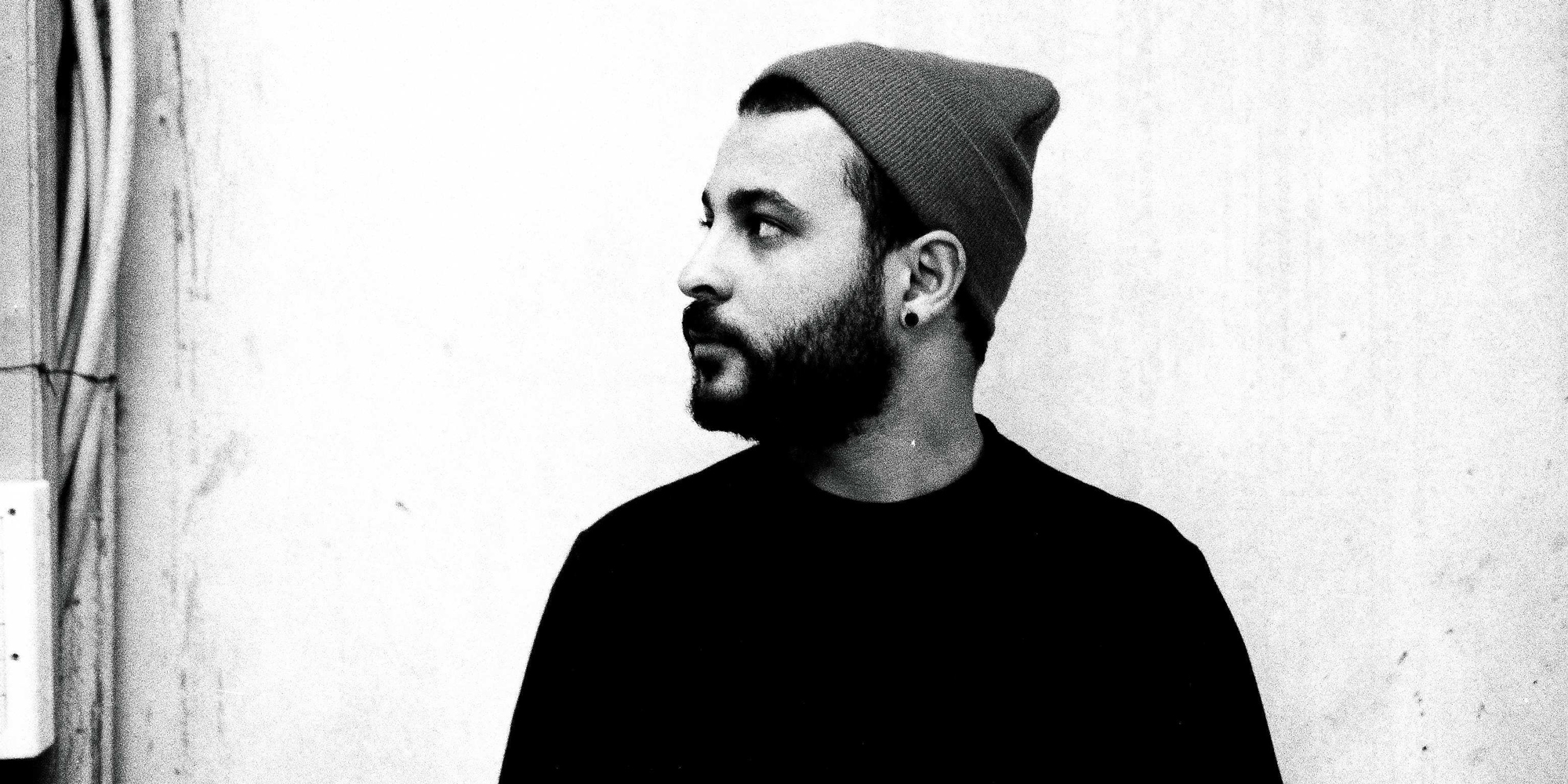 He observes that individualism is more and more present in Tunisia, describing how « Before all the tall buildings, neighbors lived in houses whose doors were always open. Kids played soccer in the streets. If one of them got hungry, he would take his friend home and his mom would put out one plate for both kids ». Now, he says, it’s not the same at all. « People don’t trust one another anymore. I want to break this, to act differently. This is hard to do in daily interactions with people, and I talk a lot about this on « Helwess », which means paranoia. Instead of « Oh, I know that kind of person, I know those kinds of people », I want to base my reactions and decisions on what I don’t know, to allow for more possibilities ».

Harkati is full of wanderlust, and several times evokes the word adventure, not only in relation to places, but also music and language. « I sang in English for 6 or 7 years. It was a form of escape. I love Arabic music, my mom was a singer and my dad was a violin player. But when I was young, I always wanted to know what was going on overseas. I got interested in Pink Floyd, Radiohead, Ben Harper, Norah Jones and others. But once I escaped physically, after I traveled for real to Europe and America, I came back to my country to discover it again. As if…like I said before…as if I don’t know it. I’m trying to see the parts of Tunisia that I don’t know. Everyone is aware of the problems here, politics, rising prices… But I’m looking to find the good parts, spiritually and geographically ».

Which is why Harkati has decided to write, for the first time, an entire album in Tunisian dialect. Also, he adds, « because I want my mom to understand what I sing about. She knows the stage, she worked in music for 15 or 16 years and then stopped ». Harkati’s father died when he was six months old, leaving his mother with three children. Growing up without his dad, Harkati says he was a bit of a troublemaker, skipped classes, hung out with the wrong crowd. « When I was 14, music came into my life and gave me a direction. It saved me 100% ». He describes his first album as « really positive and innocent—the sky is always blue, the grass is always green…I was fully living that persona, I can’t even recognize myself back then, it seems like somebody else. I’ve come so far and seen a lot of things. It’s been five years, but it feels like 10 or more ».

« I like that effect » muses Harkati, referring to the transformations he has made, both personally and musically. Change clearly suits the young singer, who chooses « not to get stuck in one style. It’s not really healthy. Every few years I want to be in a different mood. Maybe one day I’ll sing in English again, I don’t know ». For now, he feels more connected to Arabic language and music. « I’m really excited to learn. I still don’t know a lot about Arabic music, how to get inside of it and make the different rhythms, tones, melodies and intervals which differ in each country. I’m not going to do this tomorrow, I need to travel a little more ». He has a few destinations in mind, and a couple already charted out, beginning with Lebanon and Jordan where the artist and Aytma will perform together in the coming months.