Both are a-first-time experience for their creators. Both are Muslim, live in Italy and feel the responsibility to speak of the unspoken. So one day they decided to do something to break the silence. “Islam in Love” is the first novel of Rania Ibrahim, an Egyptian feminist who was born in Cairo and immigrated with her parents to Italy when she was a child. Her 400 page book is one of the rawest fictions recounted by a Muslim woman that I’d read: Rania tells the “infidel” love story of Laila, a young observant Muslim woman, and Mark, the son of a xenophobic party leader. 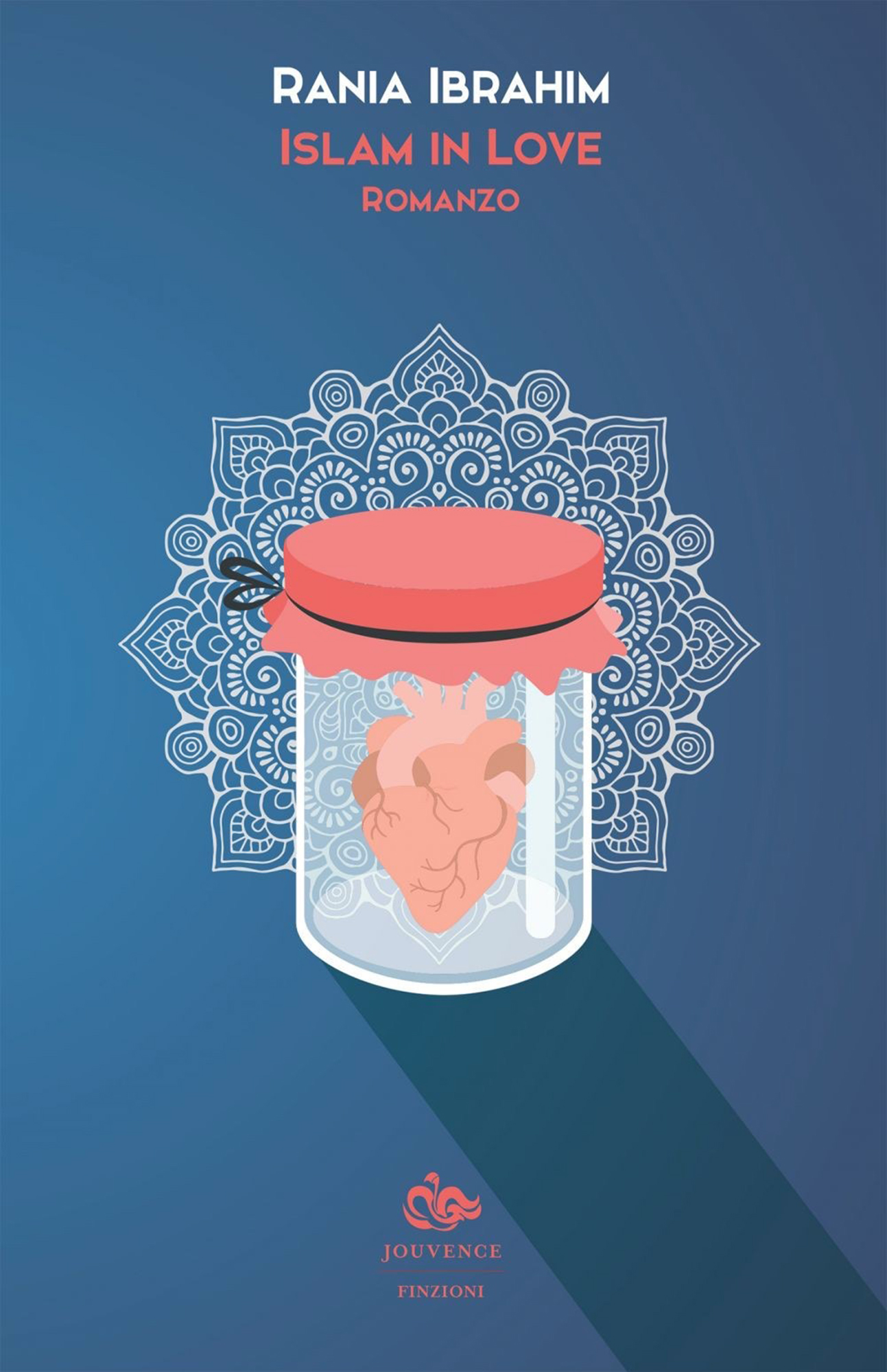 During her book presentation, Rania admits that she put a lot of herself into the story’s protagonist Laila. She chose a different setting and different names and details to separate herself from the novel’s main character. The book delves into struggle of a woman who aspires to be a free Muslim-Egyptian-Italian woman but is trapped by her family and revolves around what Rania calls “the three “H’s”: “Halal”, “Haram” and “Haya” or “Hushuma” a.k.a the prohibited and shame.

Rania strips away all shame and digs deep into the ultimate taboos of Muslim culture: sex, the hymen and more particularly female sexuality, or what she calls in her novel “the no-fly-zone”. She doesn’t spare any details, and you find yourself living every situation with Laila as if in a movie scene. During her presentation, the writer expresses her strong belief that it is time to break the silence about these taboos: «I want Muslim girls and women to find something that addresses these topics openly; it’s been needed for so long».

Following the book presentation, I had the pleasure of sitting down with one of the event’s guests, Wajahat Abbas Kazmi, the mastermind behind the social campaign “Allah Loves Equality”. I knew about the campaign through social media, so I grabbed the opportunity to talk to Wajahat about the story behind it. 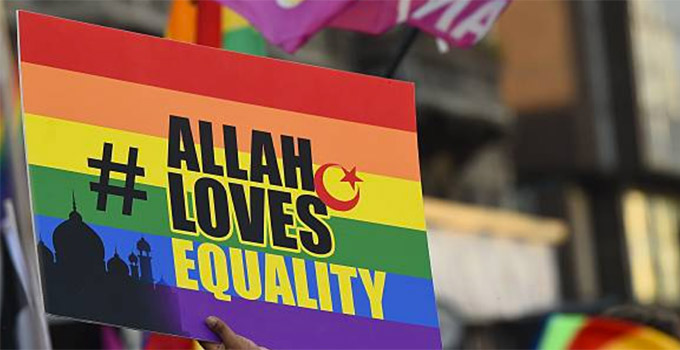 Wajahat, a filmmaker and LBGTQI rights activist, was 15 years old in 1999 when he immigrated from Pakistan to Italy with his family. He started “Allah Loves Equality” in 2015 as a way to deal with his personal struggle as a Muslim homosexual. His journey wasn’t easy coming from a family that rejected his sexual identity and tried to force him into an arranged marriage. He had so many questions and didn’t know where to address them: «Why homosexuality is such a taboo in Islam? Is there a contradiction between being Muslim and being homosexual? ».

Wajahat felt isolated in his physical environment so he turned to social media and started publicly asking questions about Islam and homosexuality. He longed to reconcile Islam with his sexual identity and to do something about homophobia which is also widespread in Italian society.

One day in 2015, he felt that he was ready. He designed a sign with the rainbow flag and a photo of a Turkish mosque then added his reconciliation mantra “Allah Loves Equality”.
Wajahat says that he wanted an inclusive message for equality, «a message that is relevant not only to LGBTQI Muslims but also to girls and women who share similar hardships in Muslim communities in the West».

When he posted on Facebook two years ago a photo of himself holding the “Allah Loves Equality” sign, Wajahat didn’t expect a big reaction, but « in less than an hour, the post “blew” up the Internet ». He recalls how he launched the campaign at a pivotal moment as it coincided with Italy’s heated debate on the regulation of civil unions. Italian LGBTQI associations picked up the photo and used it in their advocacy campaigns. « Allah Loves Equality » instantly took the spotlight and many reached out to Wajahat in support of it. When he joined the “Svegliati Italia » [Wake up Italy] protests bearing his sign, he couldn’t believe the impact the campaign had achieved. 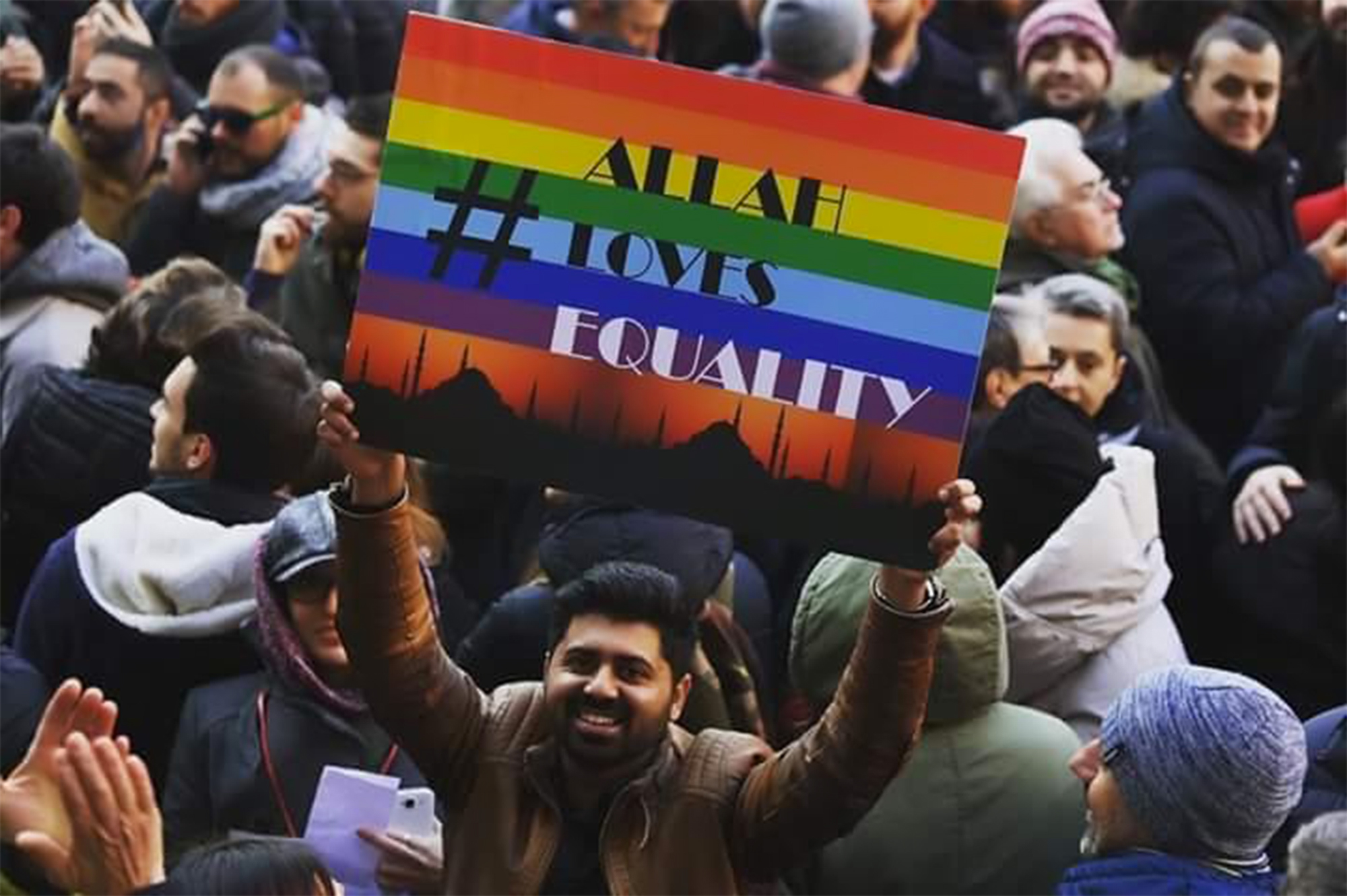 Today, the page has over four thousand likes on Facebook. Many Muslim homosexuals have reached out to Wajahat privately and confessed their agony. He says that he feels the responsibility to listen and make these marginalized voices heard: «not everyone has the courage to come out even if they are living in Italy or any other country in Europe. Some can’t even « like » my posts for fear that they will be identified through their Facebook activity». He later shared with us his plans to write a book to share all these untold stories with a wider audience.

Wajahat shows a lot of sympathy for “closeted” LGBTQI Muslims: «I understand their fear, I lived in that exact fear till 2015 ». He admitted that he regularly receives personal threats online but does not take them seriously. Wajahat also mentions that he had never personally faced any Islamophobia or racism until he launched “Allah Loves Equality”, and started receiving racist and homophobic comments from Italians asking him to keep his opinion to himself and to act like a “normal Muslim”.

Wajahat belongs to what he describes a « double minority »: « I am a homosexual Shiite who lives in Italy». He described how his religious identity doesn’t limit his contribution to conferences where Muslim communities are invited to discuss topics related to LGBTQI rights: « I cannot separate myself from topics that touch all Muslims ».

Describing his approach to advocacy, Wajahat talks about the importance of humor, « It’s dangerous to be too serious. I try to approach sensitive topics with a lot of satire. I always get better reactions when I put my opinion in the form of a joke ». Today Wajahat is unstoppable Beyond “Allah loves Equality”, he is planning to film a documentary on the lives of homosexuals in Lahore, Pakistan and hopefully other Muslim countries.

Both Wajahat and Rania share the same observation that Muslim communities in the West are more narrow-minded and closed in on themselves than Muslim countries. The youth in these communities are under a great deal of pressure and psychological distress, torn between two cultures. Wajahat and Rania have found their happiness and peace in what they call “my Islam”. They believe in the importance of individualism in faith. Instead of judging others’ faith or being judged in their own, they want to open a dialogue about love, culture and traditions. This is why they think it’s important to build an open and safe space for Muslims that can unite progressive voices.